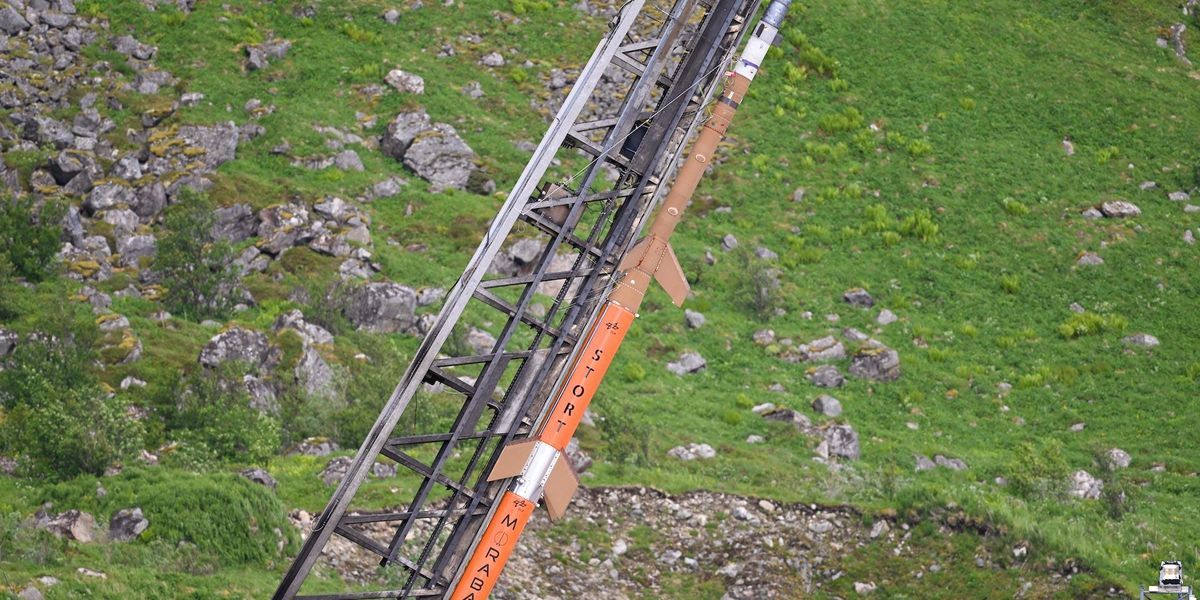 Reusable launch systems are exposed to high dynamic and thermo-mechanical loads during their return to Earth. The German Aerospace Center (Deutsches Zentrum für Luft- und Raumfahrt; DLR) has now successfully tested high temperature structures, advanced measurement techniques and design tools for the re-entry phase with the STORT (Schlüsseltechnologien für hochenergetische Rückkehrflüge von Trägerstufen – key technologies for high-energy return flights of launch stages) flight experiment. In the early morning of 26 June 2022, the three-stage rocket lifted off from the Andøya Space launch site in northern Norway. The upper stage reached a flight speed of approximately 9000 kilometres per hour at the apogee of its trajectory – at an altitude of 38 kilometres. This corresponds to a Mach number in excess of eight. It then descended into the Atlantic Ocean, more than 350 kilometres away from the launch site. Extensive measurement data were transmitted to the ground station during the flight.

"To achieve higher flight speeds, we used a DLR sounding rocket with three stages instead of two for the first time," explains Dorian Hargarten from the DLR Space Operations and Astronaut Training facility. "In addition, the third stage carrying various scientific payloads followed a particularly shallow trajectory at an altitude of 38 kilometres, travelling at up to eight times the speed of sound. Here, various high-temperature experiments were carried out – in circumstances similar to the heat build-up that occurs during re-entry into Earth's atmosphere – at the high thermal loads to be investigated," Hargarten continues. 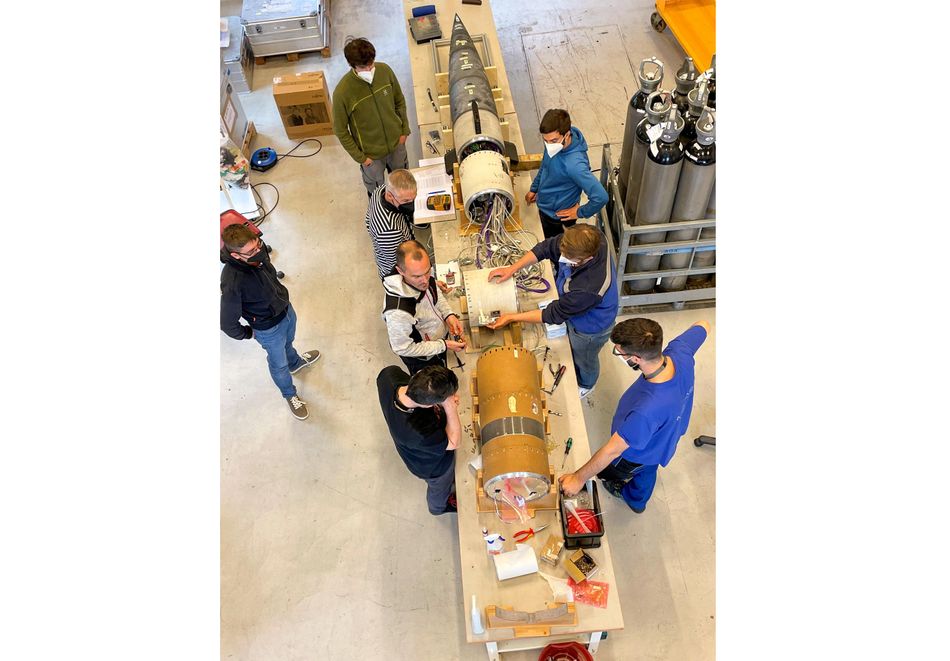 Materials that can adequately withstand and dissipate high thermal loads are crucial for dealing with the thermo-mechanical loads that occurs during the re-entry phase. Robust combined aerothermal sensors for health monitoring are also essential. "In STORT, the forebody of the third stage consists of five ceramic segments," explains the Principal Investigator for the STORT project, Ali Gülhan from the DLR Institute of Aerodynamics and Flow Technology. "We equipped this with numerous heat flux sensors, thermocouples and pressure sensors every 90 degrees along four longitudinal lines and are now very excited about the data evaluation."

To carry out the thermal management experiments, the researchers used three fixed canards with ceramic outer shells. These were developed by the DLR Institute of Structures and Design. While one canard was actively cooled, the second canard was passively cooled. The third reference canard (without cooling) was also used to investigate the shock wave boundary layer interaction. The three canards showed different structural responses in flight under the same thermal load.

A modular and distributed data acquisition system enabled the efficient collection of data from the various experiments. In the predecessor project, ATEK, a standard module made of aluminium alloys was replaced by a hybrid module consisting of a CFRP structure with metal flanges to reduce the weight of the cylindrical payload segments. In the STORT project, the researchers tested an even lighter module made entirely of CFRP.

In addition to DLR, the Technical University of Munich participated in the STORT flight experiment; their contribution involved manufacturing the CFRP module. Another international partner was the University of Arizona, which carried out simulations for the 'shock wave boundary layer interaction' experiment on one of the canards. The Mobile Rocket Base (MORABA) department of the DLR Space Operations and Astronaut Training facility was responsible for planning and executing the mission. The forebody and canards were designed and manufactured by the DLR Institute of Structures and Design. The project is led by the DLR Institute of Aerodynamics and Flow Technology, which was also responsible for the aerothermal design, the active cooling experiment, instrumentation of the payloads and the modular data acquisition system.

Aerodynamics and the art of aircraft design

Technology will collect critical data about the harsh entry environment during Perseverance’s entry this Thursday.

Now just a year and a half from launch, the mission to explore a metal-rich asteroid will soon begin assembling and testing the spacecraft.

Researchers at Texas A&M University have used the principles of origami — the ancient Japanese art of paper folding — to create a parabolic structure from a flat surface using a shape-memory polymer.