Medsled, a team from ITMO University, has developed a concept of a smart armband for monitoring the condition of hospital patients. Unlike its competitors, the new solution doesn’t have a screen and can transport data directly into a medical information system.

Medsled, a team from ITMO University, has developed a concept of a smart armband for monitoring the condition of hospital patients. Unlike its competitors, the new solution doesn’t have a screen and can transport data directly into a medical information system. The concept won the Smart Medical Technologies hackathon held by the university at the recent St. Petersburg International Health Forum. Read on to learn more about this and other solutions developed by ITMO students, including a fundus camera, a portable electromyograph, and another smart armband.

At a typical hospital, a nurse is required to check the patients’ health indicators, such as blood pressure, saturation, and temperature, at least twice a day. An average in-patient department in Russia houses 60 patients, so if the nurse were to spend five minutes with each of them twice a day, it would take them about 600 minutes to do this. Moreover, they would need to manually input all the collected data into a medical information system used to automate the workflow of medical documents.

One way to save this time and ease the nurses’ workload is a smart bracelet. However, the products available on the market have their flaws: typically, they don’t last long between charges and tend to be rather costly. Additionally, the majority of existing solutions are only capable of storing information about patients, such as their name and blood type, and are not meant to facilitate the  management and transfer of relevant data into medical information systems. At the same time, these processes are crucial to providing a more efficient patient-clinician communication, fast access to patient information, and an optimized workflow of medical staff.

Vladislava Peshkova, Anastasia Gladysheva, and Sofia Bannikova, students of ITMO’s Faculty of Secure Information Technologies, together with Tatiana Petrova, a student of St. Petersburg State University, addressed this problem in their smart armband concept. The armband is meant to be worn by patients to monitor their health indicators; the resulting data would be automatically uploaded into a medical information system, where it will be available to the staff. Apart from measuring a patient’s blood pressure and saturation, pulse, and temperature, as well as tracking sleep stages, the new device also has an emergency call button.

Unlike popular fitness trackers, the armband developed by the students is adapted for healthcare applications in that its measurements are more precise, while it also automates data collection and facilitates the work of medical professionals. Compared to its competitors, the device uses its charge more sparingly because it doesn’t have a screen and some unnecessary functions (including receiving notifications and answering calls) – this enables the new armband to last up to ten days between charges (for comparison, a similar product by Oxitone Medical lasts only 24 hours).

Not only does the absence of a screen prolong the life of its battery, but it also makes the device cheaper. For instance, the production cost of an average fitness armband with a screen and without the medical sensors is about 5,000 rubles, while the armband suggested by the students will cost 3,000 rubles to manufacture. Moreover, it will be equipped with various healthcare sensors, a cuff for measuring blood pressure, and a silicon base. Importantly, without a screen, the patient wearing the armband will not see their indicators, which would give them fewer reasons to worry about any abnormalities they might notice. 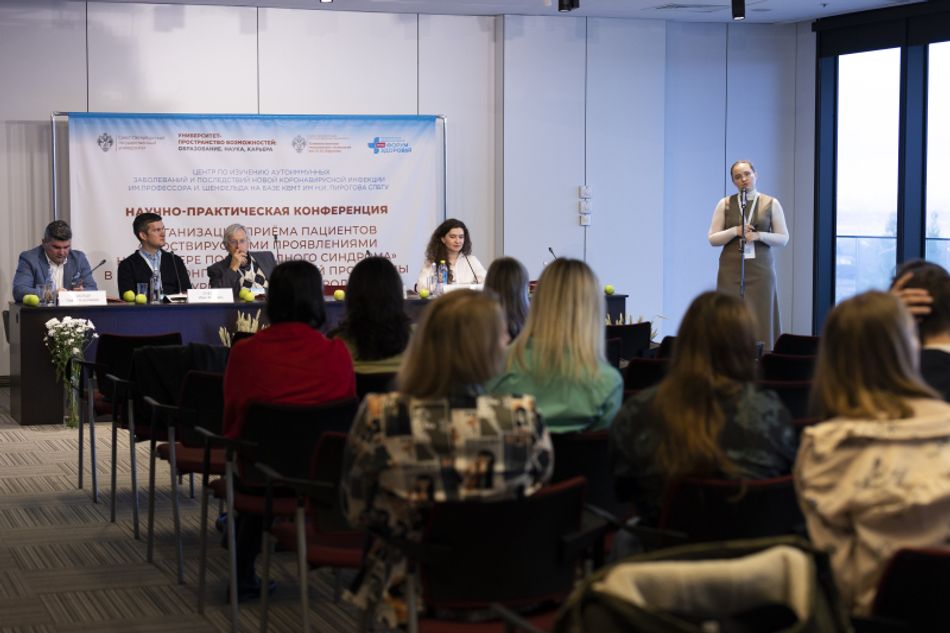 Another function embedded into the device is the opportunity to set the intervals at which the data will be collected depending on the hospital’s needs, be it once an hour or twice a day. This feature means that less server power would be required to process the data. Finally, it is possible to set border values for each indicator, which, if violated, would trigger the armband to send notifications to the medical staff.

This successful solution is a result of a fruitful collaboration between medical specialists, who were able to communicate their needs, and the developers, who could meet those needs with a useful and functional device. Now, the team is planning to apply for a student grant in order to further develop the armband and put it into medical practice.

We, another team from ITMO’s Faculty of Secure Information Technologies, took second place in the hackathon with their concept of a smart fundus camera for diagnostics of retinal diseases, including retinopathy, which is incurred by diabetes. The device features novel engineering solutions in user identification, as well as end-to-end data encryption.

The third place was shared by team Svyatochi, who came up with another smart armband, and team Cybermed, which brought together students of the same faculty, who presented a portable electromyograph – a device that measures muscle activity and is commonly used in rehabilitation. Portability is one of the new device’s standout features: it is attached to a brace that touches the patient’s skin. What’s more, the device can last five to seven days between charges, ensuring constant data collection for proper diagnostics.

The hackathon organized by ITMO’s Faculty of Secure Information Technologies and St. Petersburg University's N.I. Pirogov Clinic of High Medical Technologies took place on October 25-27 at the St. Petersburg International Health Forum. One of the event’s key objectives was to establish communication between practicing clinicians from St. Petersburg State University and student developers from ITMO, which made it possible for participants to work on real-world tasks and modern practically applicable medical devices. Participating teams presented projects for innovative medical devices that they came up with as a response to the demands expressed by the healthcare specialists.

North Carolina State University engineers continue to improve the efficiency of a flexible device worn on the wrist that harvests heat energy from the human body to monitor health.

A new, $3 million award will fund the development of sipIT, a technology-based intervention to encourage people to drink more fluids.