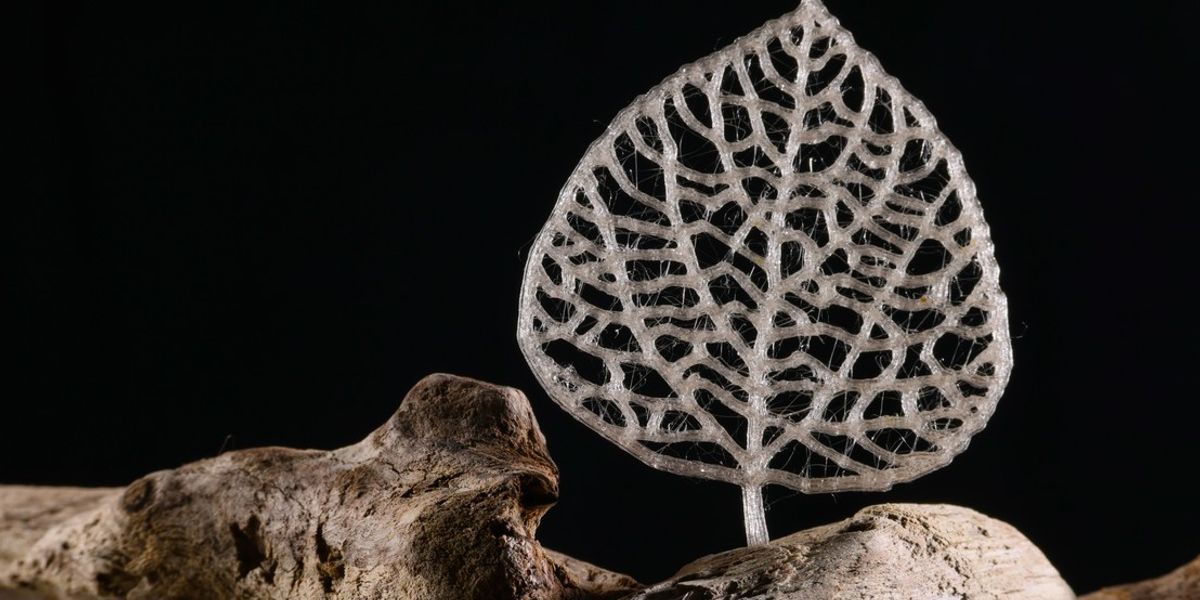 A 3D-printed “leaf” made with the new bioplastic. Credit: Alain Herzog (EPFL)

EPFL scientists have developed a new, PET-like plastic that is easily made from the non-edible parts of plants. The plastic is tough, heat-resistant, and a good barrier to gases like oxygen, making it a promising candidate for food packaging.

EPFL scientists have developed a new, PET-like plastic that is easily made from the non-edible parts of plants. The plastic is tough, heat-resistant, and a good barrier to gases like oxygen, making it a promising candidate for food packaging. Due to its structure, the new plastic can also be chemically recycled and degrade back to harmless sugars in the environment.

It is becoming increasingly obvious that moving away from fossil fuels and avoiding the accumulation of plastics in the environment are key to addressing the challenge of climate change. In that vein, there are considerable efforts to develop degradable or recyclable polymers made from non-edible plant material referred to as “lignocellulosic biomass”.

Of course, producing competitive biomass-based plastics is not straightforward. There is a reason that conventional plastics are so widespread, as they combine low cost, heat stability, mechanical strength, processability, and compatibility – features that any alternative plastic replacements must match or surpass. And so far, the task has been challenging.

Until now, that is. Scientists led by Professor Jeremy Luterbacher at EPFL’s School of Basic Sciences have successfully developed a biomass-derived plastic, similar to PET, that meets the criteria for replacing several current plastics while also being more environmentally friendly. 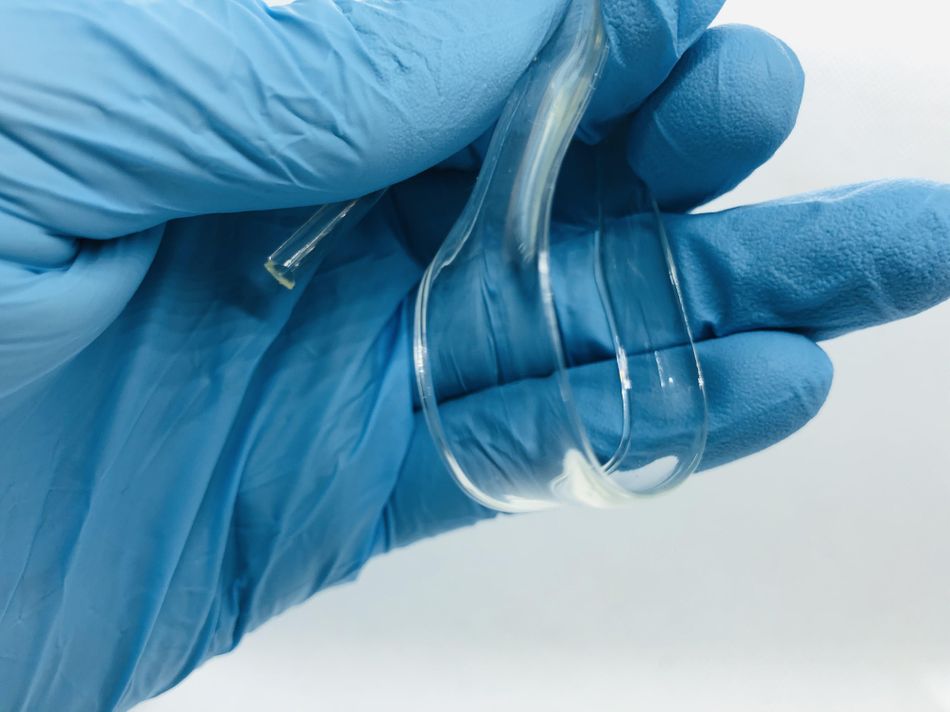 “We essentially just ‘cook’ wood or other non-edible plant material, such as agricultural wastes, in inexpensive chemicals to produce the plastic precursor in one step,” says Luterbacher. “By keeping the sugar structure intact within the molecular structure of the plastic, the chemistry is much simpler than current alternatives.”

The technique is based on a discovery that Luterbacher and his colleagues published in 2016, where adding an aldehyde could stabilize certain fractions of plant material and avoid their destruction during extraction. By repurposing this chemistry, the researchers were able to rebuild a new useful bio-based chemical as a plastic precursor. 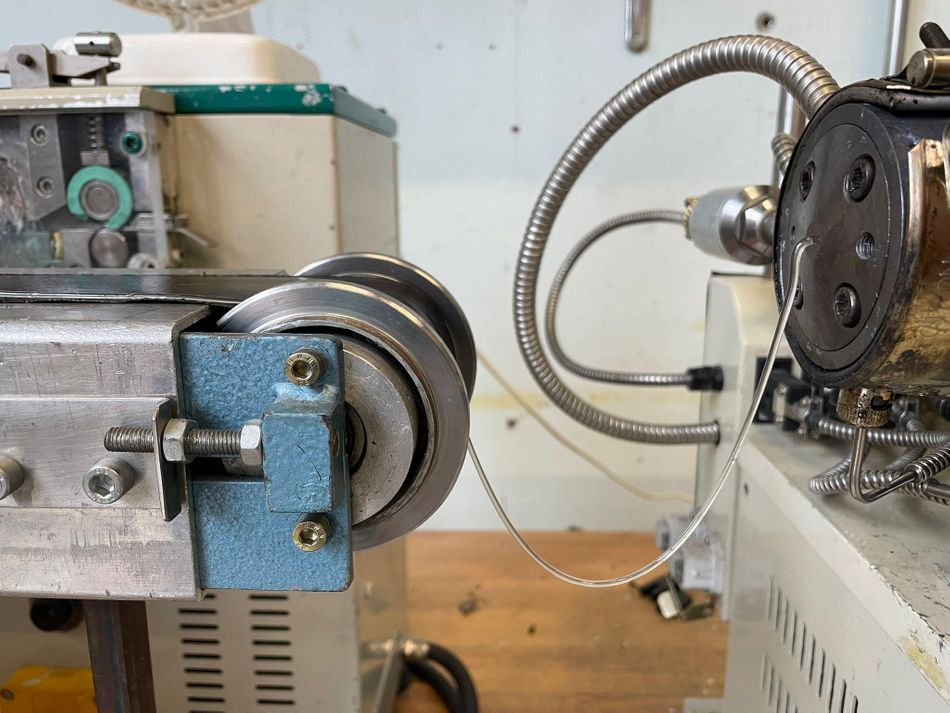 Processing of the bioplastic by extrusion to make fibers for 3D-printing. Credit Maxime Hedou.

“By using a different aldehyde – glyoxylic acid instead of formaldehyde – we could simply clip ‘sticky’ groups onto both sides of the sugar molecules, which then allows them to act as plastic building blocks,” says Lorenz Manker, the study’s first author. “By using this simple technique, we are able to convert up to 25% of the weight of agricultural waste, or 95% of purified sugar, into plastic.”

The well-rounded properties of these plastics could allow them to be used in applications ranging from packaging and textiles to medicine and electronics. The researchers have already made packaging films, fibers that could be spun into clothing or other textiles, and filaments for 3D-printing. 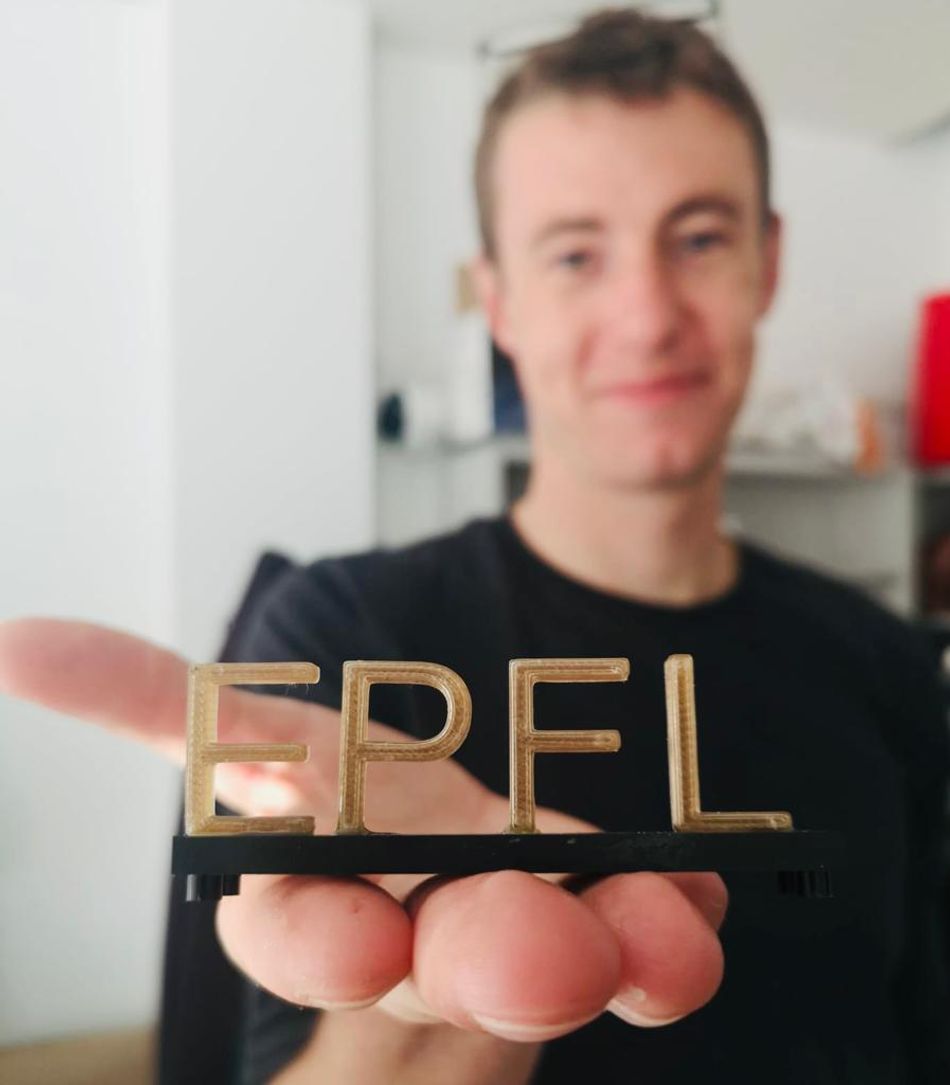 “The plastic has very exciting properties, notably for applications like food packaging,” says Luterbacher. “And what makes the plastic unique is the presence of the intact sugar structure. This makes it incredibly easy to make because you don’t have to modify what nature gives you, and simple to degrade because it can go back to a molecule that is already abundant in nature.”

Designing IoT products for many years of service

A microfluidic device for detecting SARS-CoV-2

Designing IoT products for many years of service

If devices lasted longer and were easier to fix, they could provide many years of good service before recycling. That saves precious materials and the energy needed to manufacture new products.

Three Cambridge engineers, Dr Cyrille Dunant, Dr Pippa Horton and Professor Julian Allwood, have filed a patent and been awarded new research funding for their invention of the world’s first ever zero-emissions cement.