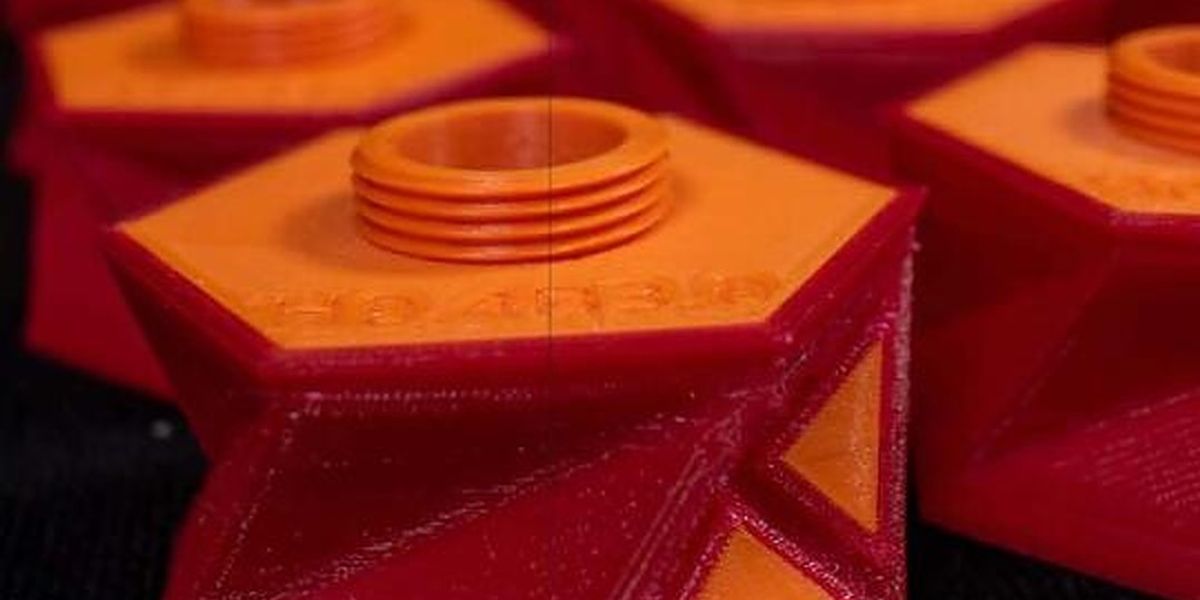 An extra node (yellow) that pops in or out if a certain amount of negative or positive pressure is supplied gives this origami-inspired building block bistability. By combining these building blocks, researchers built an actuator that can bend, twist and move in complex, distinct ways from a single source of pressure. (Credit: Bertoldi Lab/Harvard SEAS)

Inflatable actuators use origami principles to deform in intricate ways

Inflatable soft actuators that can change shape with a simple increase in pressure can be powerful, lightweight, and flexible components for soft robotic systems. But there’s a problem: These actuators always deform in the same way upon pressurization.

To enhance the functionality of soft robots, it is important to enable additional and more complex modes of deformation in soft actuators.

Now, researchers from the Harvard John A. Paulson School of Engineering and Applied Sciences (SEAS) have taken inspiration from origami to create inflatable structures that can bend, twist and move in complex, distinct ways from a single source of pressure.

The research was published in Advanced Functional Materials.

Most of today’s inflatable soft actuators are monostable, meaning they need a constant input of pressure to maintain their inflated state. Lose that pressure and the structure deflates to its only stable form.

“If you inflate a monostable structure, it always gives you the same deployed shape and it returns to the same initial shape when you release pressure,” said David Melancon, a former graduate student at SEAS and co-first author of the paper. “In this work, we use bistable origami building blocks to circumvent that limitation.”

The research team, led by Katia Bertoldi, the William and Ami Kuan Danoff Professor of Applied Mechanics at SEAS, used a classical origami pattern known as the Kresling motif, which is characterized by alternating mountain and valley folds on a cylinder to form triangular cells.

The researchers first created simple monostable modules out of the Kresling pattern. To unlock bistability, they added a defect in the origami motif: an extra node that creates a four-triangle dome that can pop in or out if a certain amount of negative or positive pressure is supplied.

“The way it works is simple,” said Antonio Elia Forte, a former postdoctoral fellow at SEAS and co-first author of the paper.  “We first inflate the structure at a specific pressure to pop specific cells that will remain popped even when you remove the pressure. Then, in this new configuration, because we break symmetry, we can simply use a vacuum to trigger bending, contraction, or twisting. Next, we inflate the structure to a second pressure to pop additional cells that unlock completely different deformations when we vacuum again.”

Forte is currently an Assistant Professor at Kings College London.

“By assembling different modules and tuning their geometry to cause snapping at different pressures, we create structures capable of complex shapes and deformation modes that can be pre-programmed and activated using only one pressure source,” said Melancon, who is currently a postdoctoral research associate at Princeton University.

The researchers demonstrate an actuator with 12 different modules and showed that it can perform different complex motions. (Credit: Bertoldi Lab/Harvard SEAS)

The researchers built an actuator with 12 different modules and showed that it can perform up to eight different, complex motions.  The team also developed an algorithm that can identify the optimal combination of modules for the desired deformation modes.

Since the mechanics at play in the system are driven by geometry, the approach could lead to applications across scales.

“By simply increasing and decreasing the pressure, our inflatable actuators can perform complex tasks, no cables, motors or electricity required,” said Bertoldi. “This is important for many applications, including surgical operations or space exploration.”

The research was co-authored by Leon M. Kamp and Benjamin Gorissen.

Researchers are applying soft magnetic materials to motors, making them smaller, lighter, and more efficient. These small motors stand to have a have big impact on robotics.

In this episode, we spoke about Material And Geometric Nonlinearities To Design Novel Materials. Can we design a simple structure with advanced functionalities? What are the accessible features with nonlinearities and which material's nonlinearities could be accessible?