The world uses more energy than it ever has before, and chances are, we are not going to slow down. As the supply of fossil fuel reserves deplete, the world must shift to renewable energy sources to power our everyday lives.

While harnessing the power of a seemingly predictable renewable resource like the sun sounds straightforward, there are obstacles. Solar energy is not generally available when energy is most needed. Peak power usage often occurs in the evenings as people return home after work to cook, run appliances, and turn down the AC to cool the home for the night. This has caused a growing interest in using energy storage technologies to augment solar power systems. These storage systems can charge during the day (giving the excess solar energy generated somewhere to go) and discharge during the evening peak power usage periods (when energy is worth the most).

One popular method to store solar energy is by using batteries. Batteries are designed to provide medium to low levels of power over long periods of time but have a short operating life (due to their limited cycle life) and are not designed to respond to sudden surges of power draw. When batteries are alone in an energy storage system, they are required to respond to spikes in demand and surges of power. The result is a decline in battery performance and shorter operating life.

This graph shows the decline in capacity and operating life (number of cycles) at increased levels of power (C-rate).

Image was created by Peng Zhang, Jun Liang, and Feng Zhang for the publication titled “An Overview of Different Approaches for Battery Lifetime Prediction” and was made available via the Creative Commons Attribution 3.0 license.

As such, the battery offers diminishing returns over their operating life until needing to be replaced (which is expensive). Considering these characteristics, the dynamic nature of the active loads powered by the grid, and the high operating costs for batteries in solar power systems, batteries alone are not the ideal solution.

This is where supercapacitors and their ability to discharge a lot of energy very quickly can play a pivotal role. While they cannot provide energy for long periods of time the way a battery can, they are designed to handle large, rapid power fluctuations. They also feature a very high cycle life and require little maintenance compared to batteries. 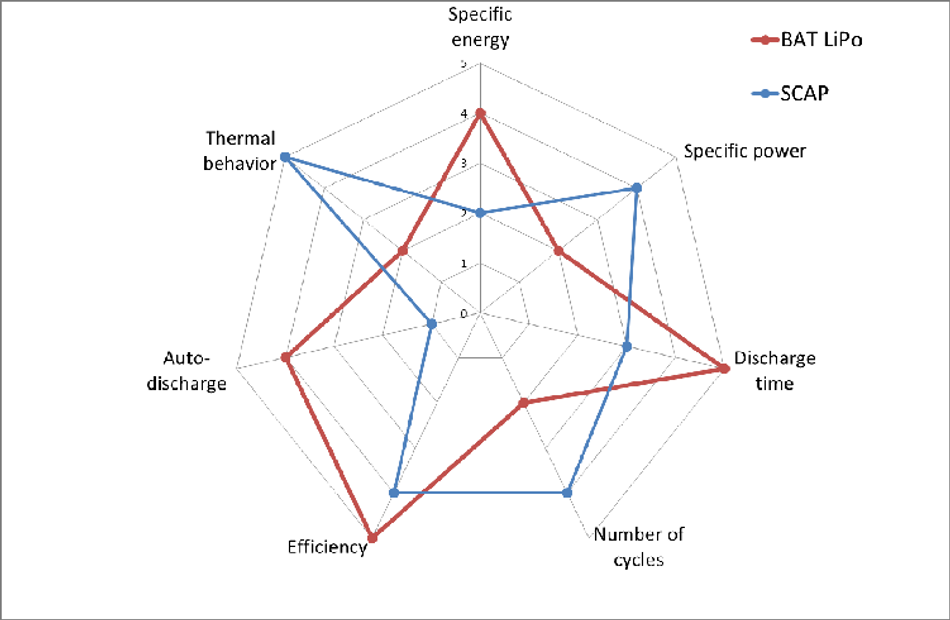 A radar chart showing that the strengths of supercapacitors (SCAP) are the weaknesses of batteries (BAT LiPo) and vice versa.

Image by Pierre Saenger, Nathalie Devillers, Karine Deschinkel, and Marie-Cécile Péra for the publication “An Optimal Sizing of Electrical Energy Storage System for an Accurate Energy Management in an Aircraft”

One well known solution is to pair supercapacitors and batteries forming a hybrid energy storage system. This approach however creates design tradeoffs. Where is there physical space to use both batteries and supercapacitors without anything else being impacted? The addition of supercapacitors comes at the cost of using a smaller battery (reducing long duration storage) or fewer solar panels (reducing solar capacity) due to the limitation of physical space available. 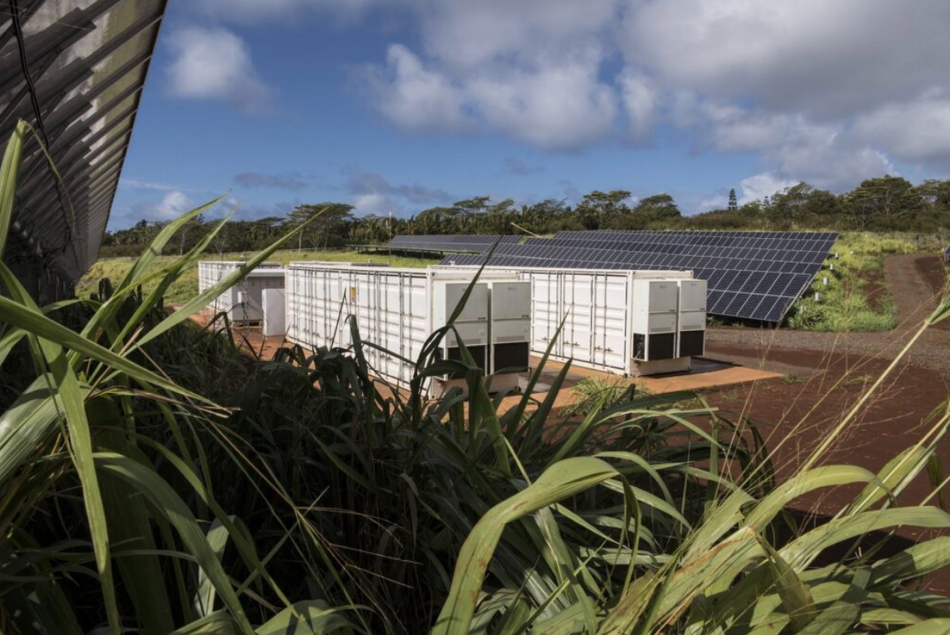 Battery-only energy storage systems take up a significant amount of space on solar farms, and adding supercapacitor banks will only take up more of the farm’s footprint that could otherwise be used for more solar panels.

Capacitech helps our customers overcome these tradeoffs, delivering the best of both worlds by building hybrid energy storage systems that utilize supercapacitors that have little to no surface area, or footprint, in the system. How? Capacitech incorporates a flexible supercapacitor that can be hidden in the existing wiring infrastructure of the solar power system running between batteries and power electronics. The result features fewer tradeoffs including:

In short, Capacitech helps batteries do more by complementing them with supercapacitors discretely distributed throughout the system.