Typically, a lithophane is described as thin translucent porcelain that has been etched or carved with an image and is viewed when back lit with a light source. A 3D printed lithophane embodies the same principle with the exception that instead of the image being etched or carved – plastic filament, deposited layer-by-layer from a nozzle, is used to form the image. The parts of the image that appear darkest are where the printer has extruded the thickest amount of filament and the parts that appear the lightest are where the thinnest amount of material has been deposited. 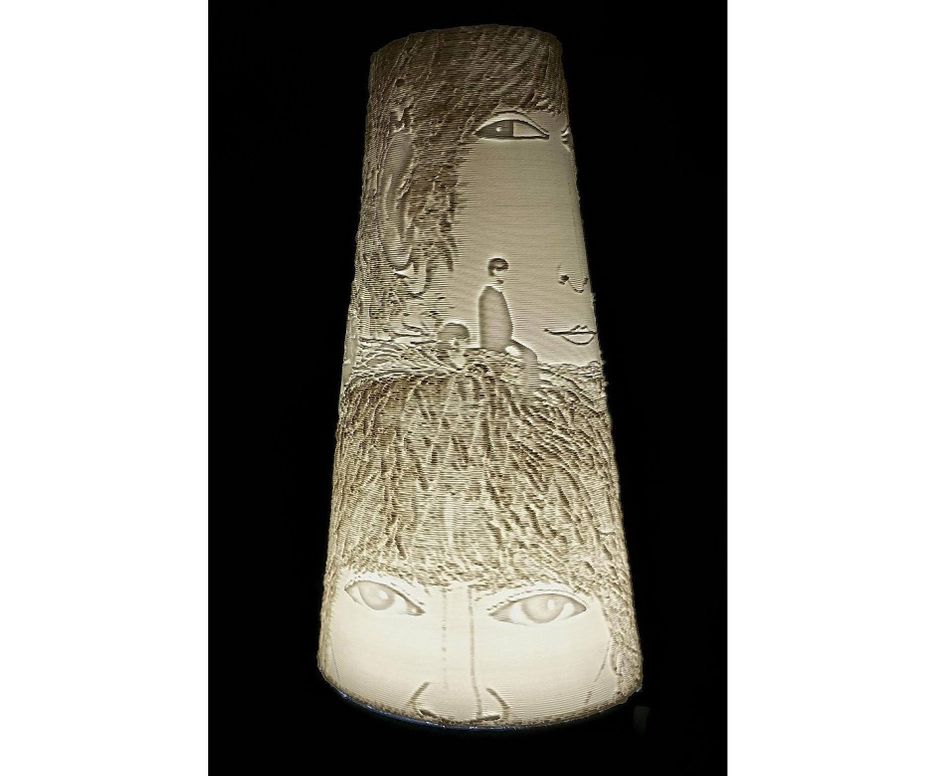 White 3D printed lithophane, back lit with a light source.

The quality and color of filament chosen will affect the final outcome of the 3D printed lithophane. Various shades of white – from bright white to cool white and the subtle hues in-between – can be used to create the perfect lithophane. Although white may be the most commonly used color to generate 3D printed lithophanes, beautiful results are possible with an assortment of translucent shades. Some lighter greys, pale browns, coffee based filaments, and even some wood fill 3D printing materials have been used to produce lithophanes.

Regardless of the chosen color, the most important variables to consider are layer height, infill percentage, print speed, and the source image. The quality of the image used along with how much manipulation is done to that image will have a large effect on the final product.

3D printed lithophanes are generally produced using 2 different printing methods. The first method of printing the lithophane horizontal to the Z-axis is the most common method. The main advantage to using this method is that the print is laying directly on the 3D printer bed and takes much less time to print when compared to the second method. Although there are many great benefits to using this method, the quality of the finished 3D printed lithophane can be lower than expected. 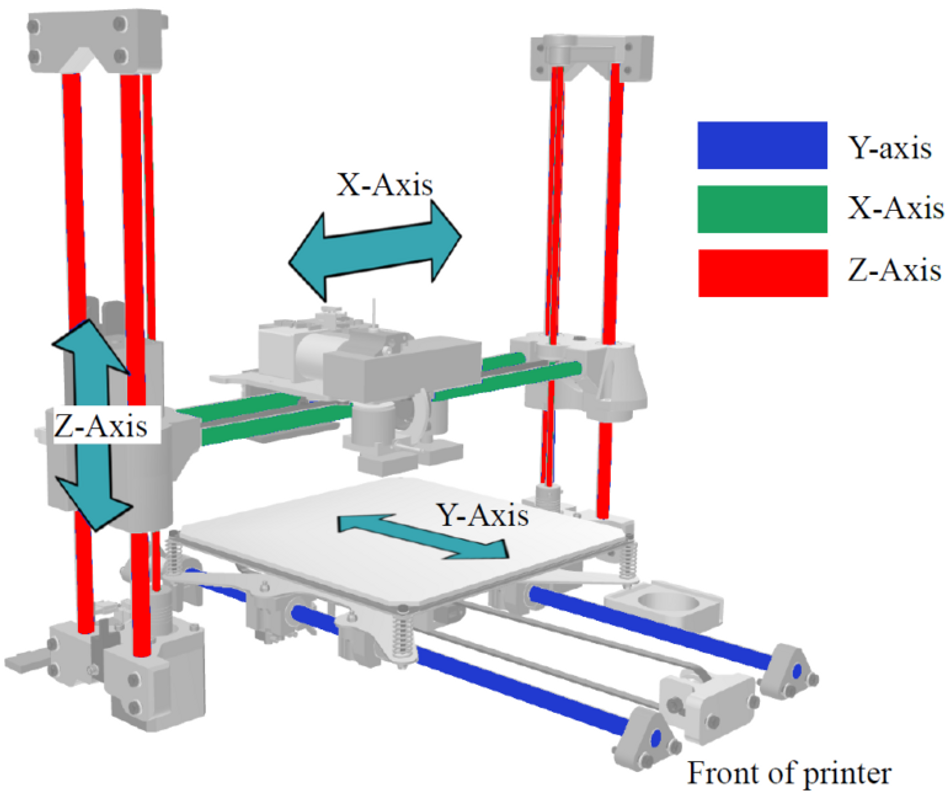 Diagram displaying the X, Y, and Z axis of a 3D printer.

The second method that is ever-increasing in popularity is vertically 3D printed lithophanes. This method involves printing the lithophane perpendicular to the X-axis and Y-axis of the printer bed. Depending on the 3D printer being used, it will be necessary to determine which way to position the print for stability. This is done to limit the influence that the bed and gantry will have on the movement of the lithophane as build height increases.

To achieve the highest quality lithophanes, a small layer height and slow print speed are recommended. Aim for a 0.12 – 0.18 mm layer height when printing as it will provide the greatest amount of detail. Printing speed is equally important; slower print speeds mean a higher chance for success of a superior quality lithophane. Printing too fast, even by 2-3 mm/s, could result in the filament being improperly placed and potentially ruining the final product. Another important variable to remember is the infill percentage. A common misconception is to use 100% infill for 3D printed lithophanes; this is not always the best option and some testing is required to determine the right combination of settings to achieve the best results.

One of the great advantages of 3D printing is the ability to iterate and test a design with minimal costs involved. After conducting a series of 3D lithophane print tests while achieving acceptable and repeatable results, make sure to save the optimized slicer settings for future prints. The quality of filament, cost of 3D printing, and software applications available make 3D printed lithophanes an affordable way to treasure a photographic memory in a new light!

If you have a lithophane design that you would like 3D printed, you can upload your 3D printable file to Prototype Hubs and get an instant price from a Prototype Hubs 3D printing Partner.