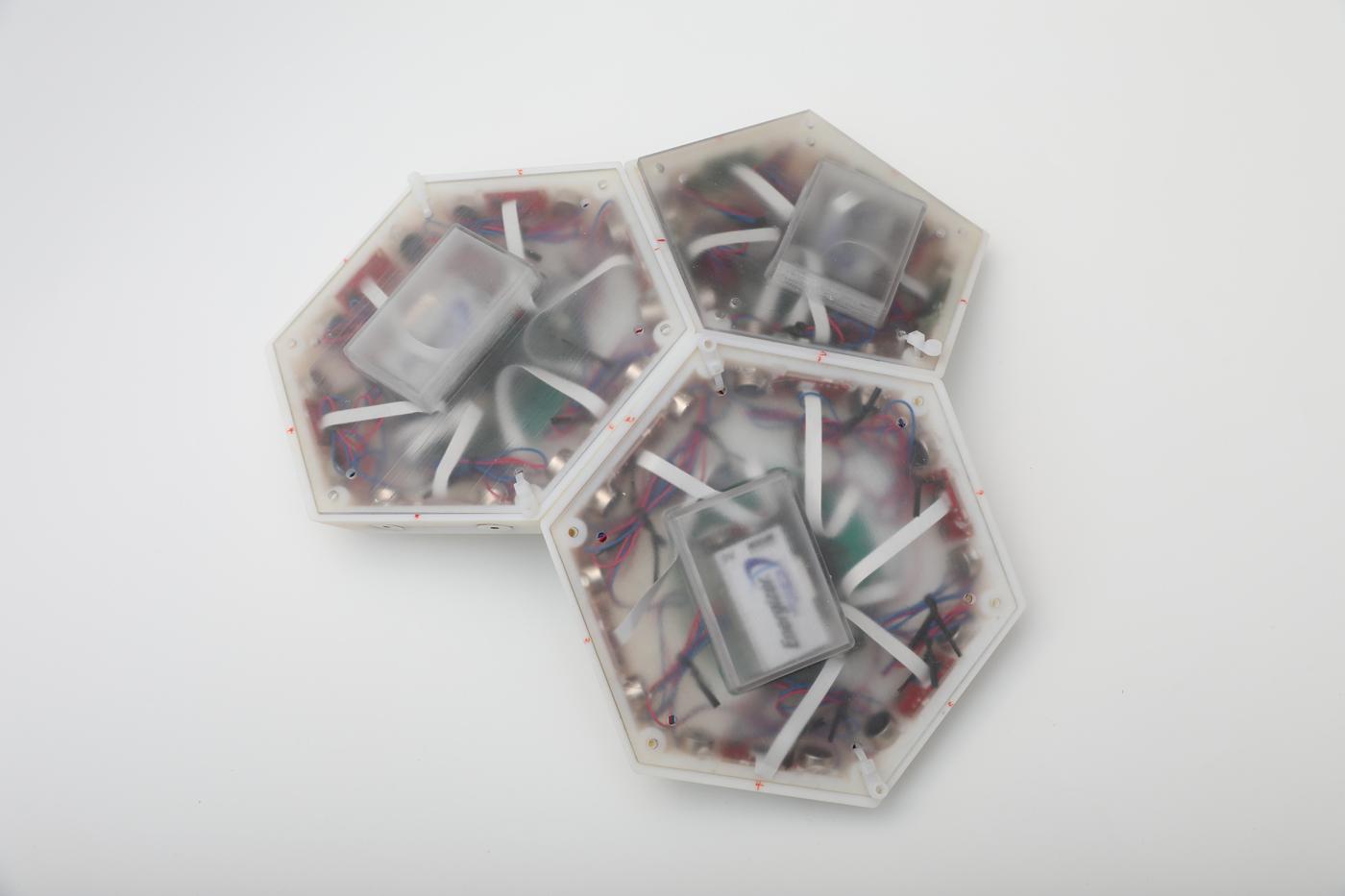 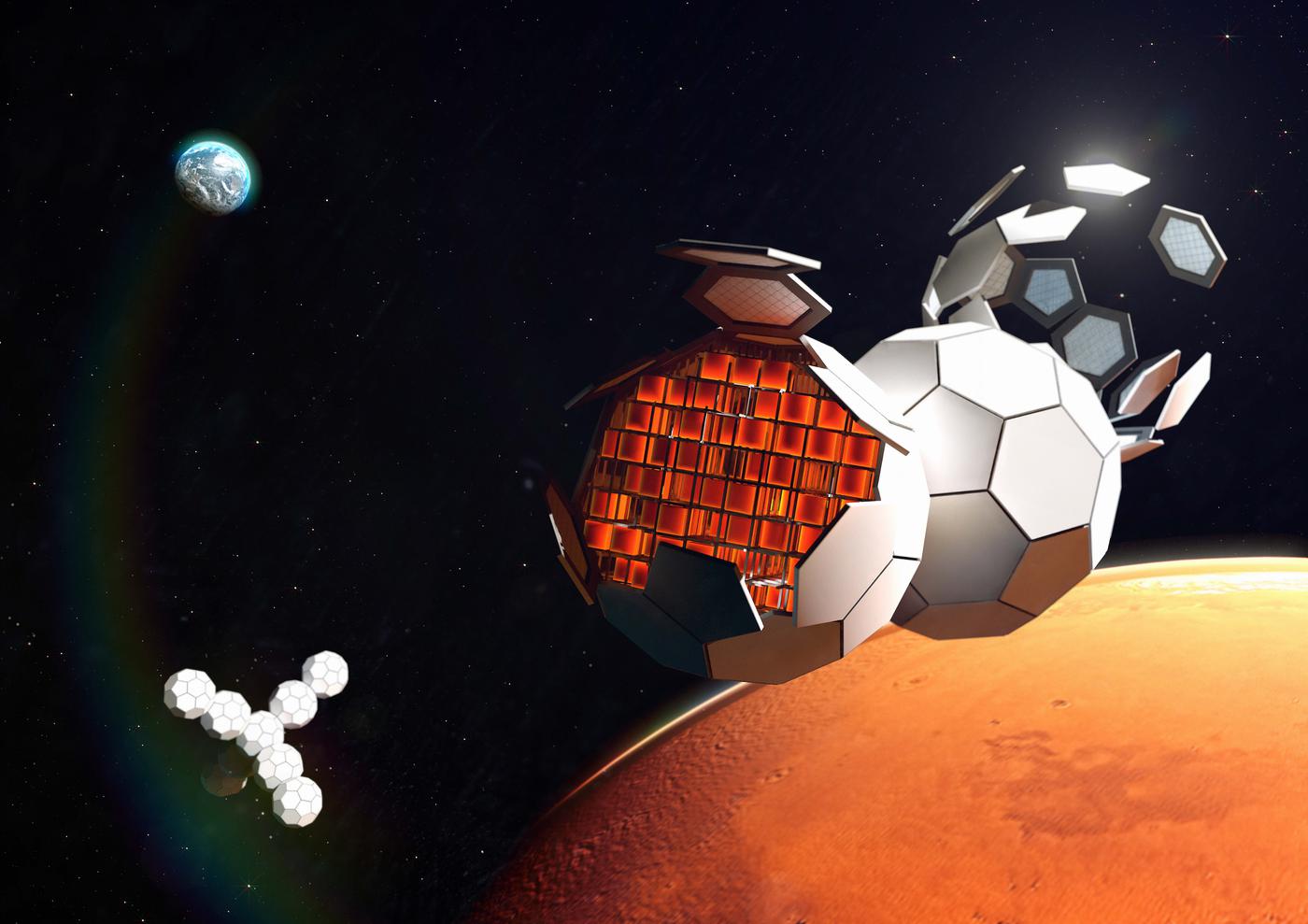 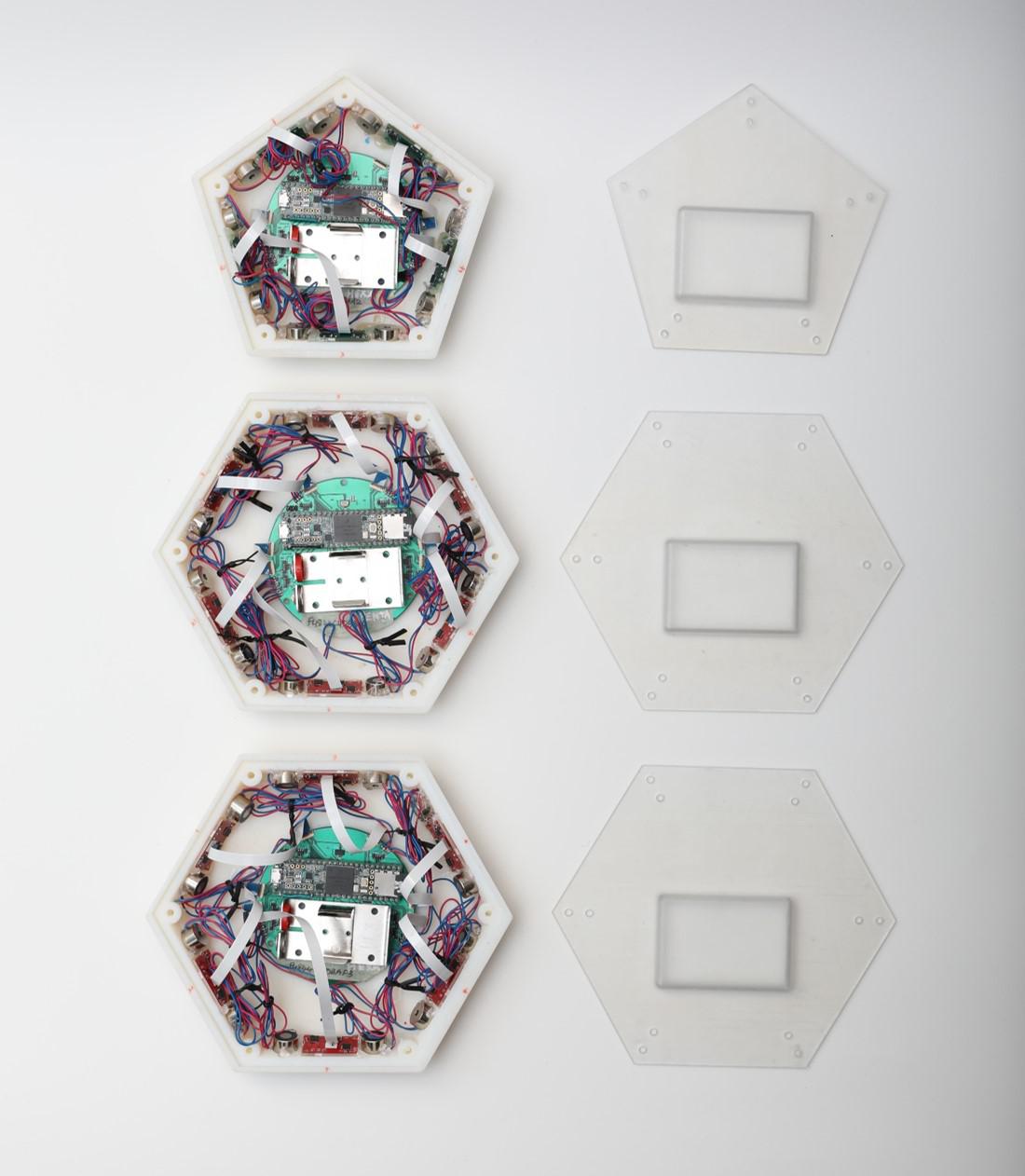 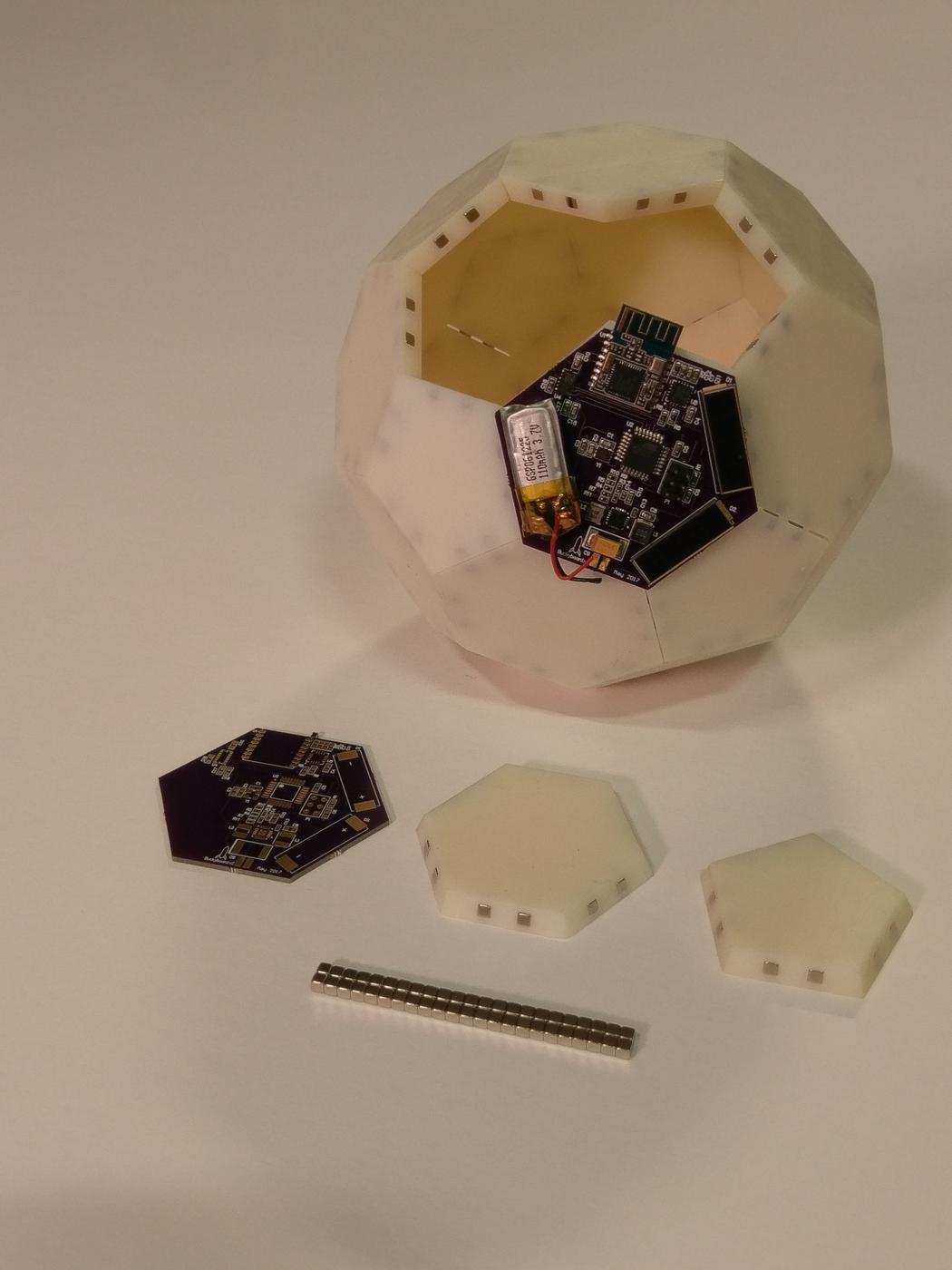 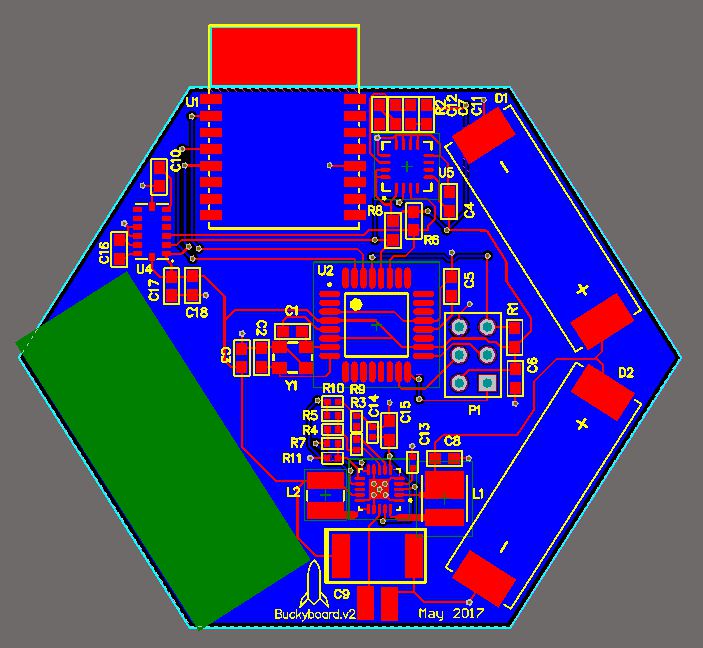 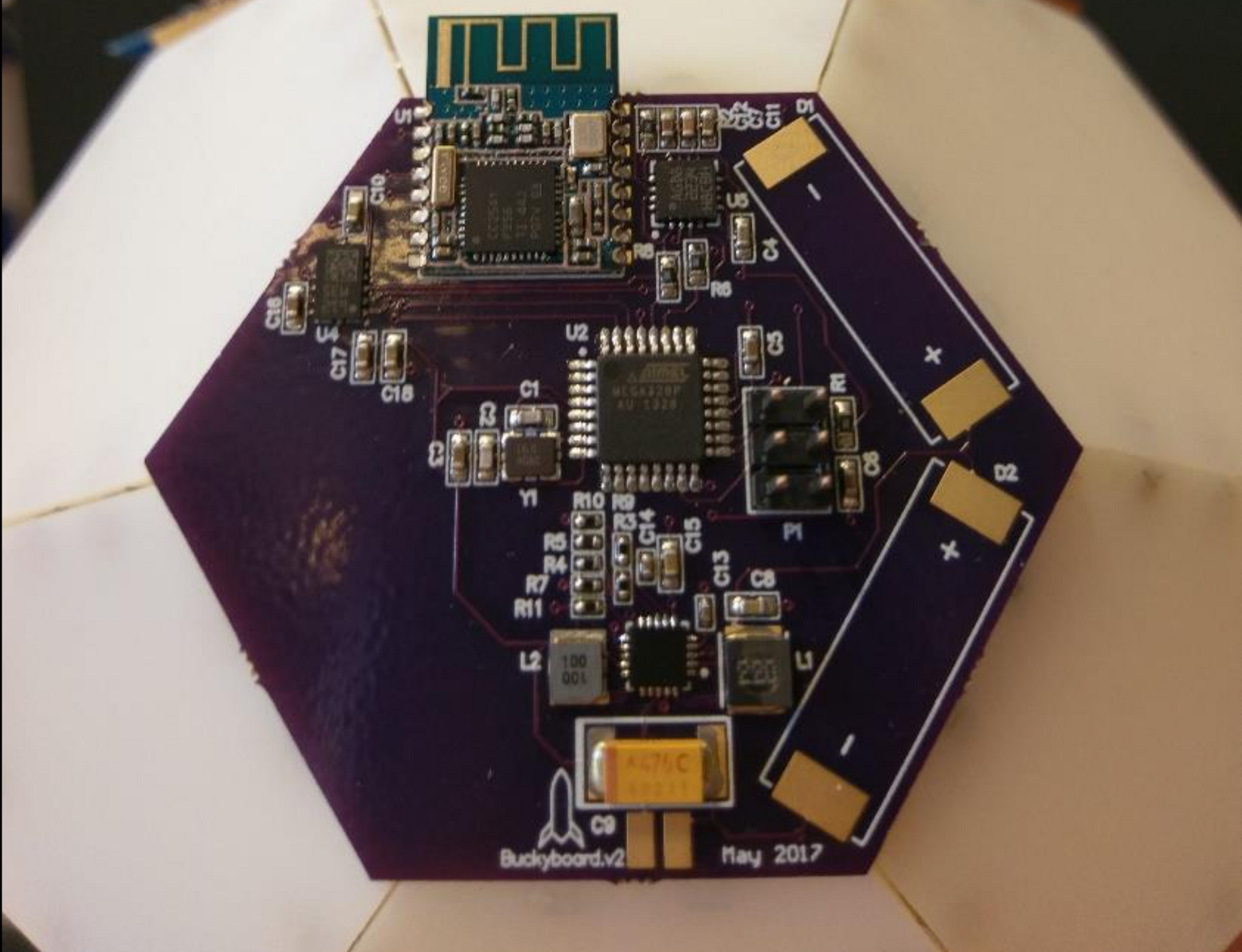 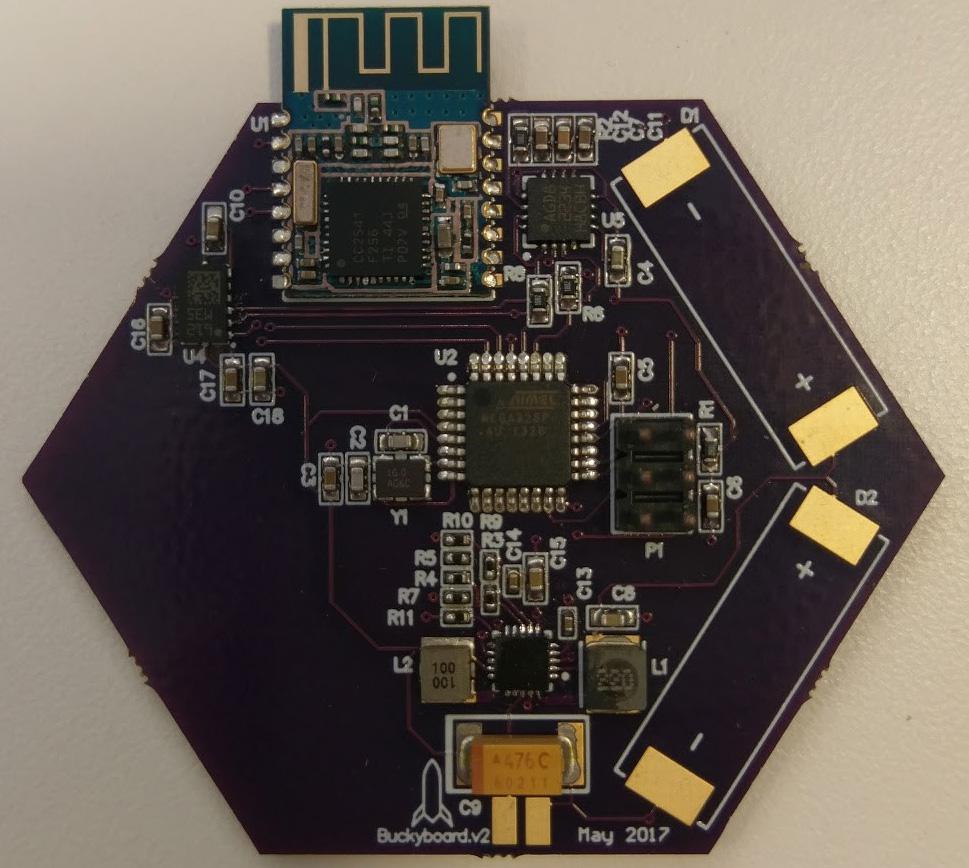 Populated board, with space reserved for solar panelsand small battery 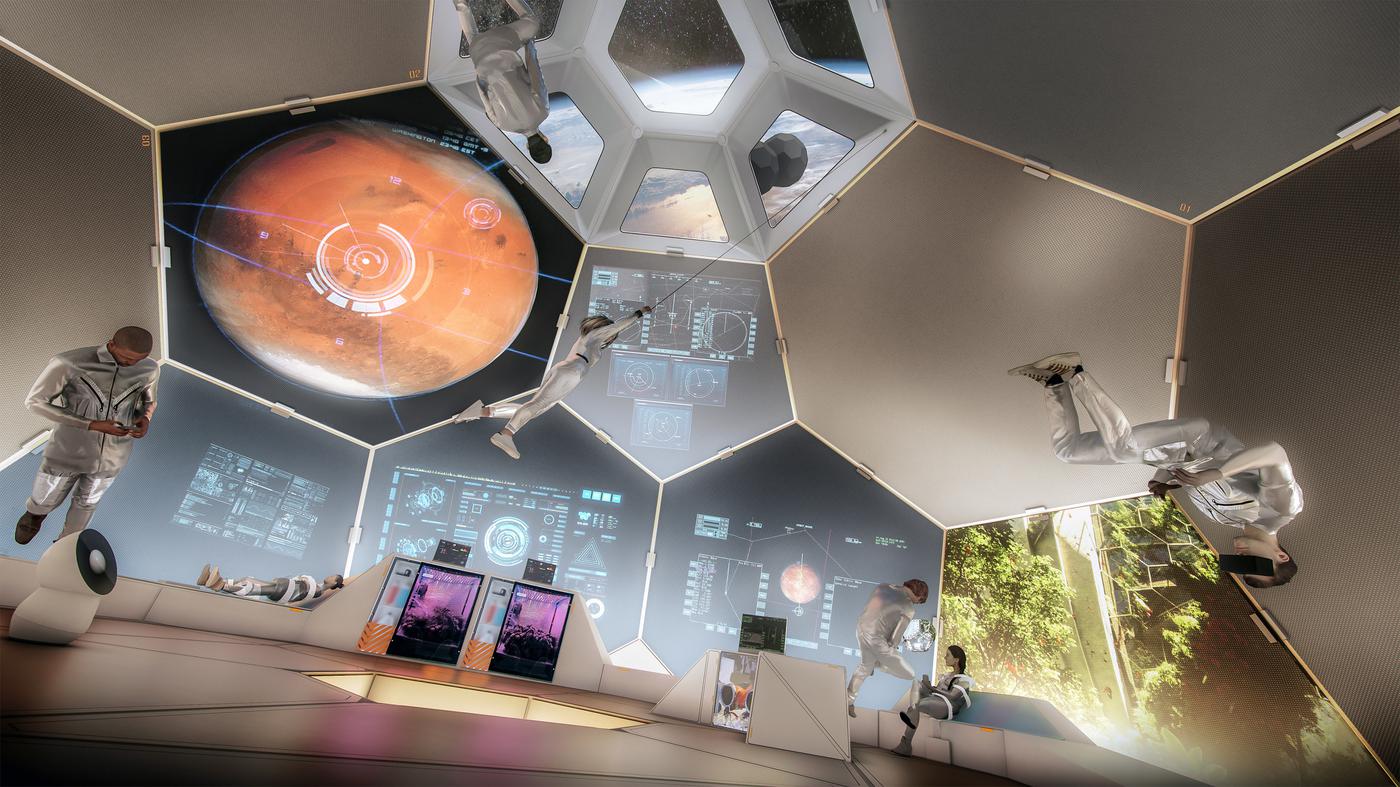 Render of TESSERAE in space.

n example of unintentional magnetic interaction between non-bonding faces of the tiles. 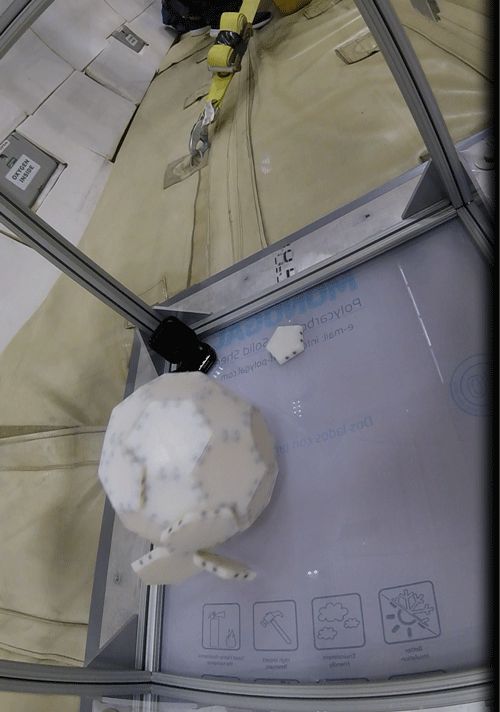 An example of unintentional magnetic interaction between non-bonding faces of the tiles. 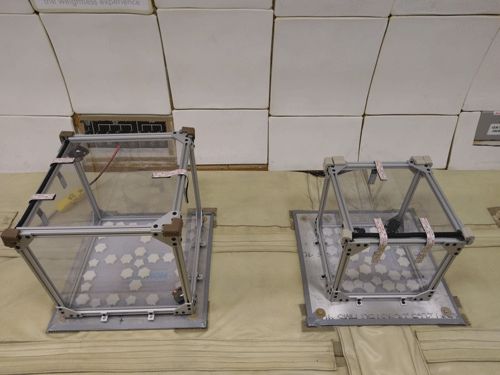 Unlike large-scale habitats proposed for entire space colonies, the TESSERAE should be thought of as flexible and reconfigurable modules to aid in agile mission operations. This mission concept focuses on supporting LEO, Lunar and Mars operations, with dual-use orbit & surface capability:

Each TESSERAE (Tessellated Electromagnetic Space Structures for the Exploration of Reconfigurable, Adaptive Environments) structure is made from a set of tiles. These tiles are tuned to self-assemble into a particular geometry. In this case a buckminsterfullerene (20 hexagonal tiles, 12 pentagonal tiles).

Each tile at minimum includes  a rigid outer shell, responsive sensing for bonding diagnosis, electro-permanent magnets for dynamically controllable bonding actuation, and an on-board power harvesting and power management system. Habitat-scale TESSERAE tiles will also including clamping and sealing for pressurization.  Tiles are released in microgravity testing environments to quasi-stochastically self assemble.

The “TESSERAE” name and multi-tile structure hearken to the small, colored tiles used in Roman mosaics, where many standard pieces, or “tesserae,” interlock to form a larger creation.

Describes the technical system design and the mission architecture design. Goes into the mission feasibility review and the conclusion.

Describes the system design, and the deployment at scale, in orbit. Describes preliminary tests, and the conclusion.

Describes the background of the technology, system design, sensor node design, communication architecture, the preliminary results and deployment approach. Finally the conclusion of the project and future work.