The ability to crawl, roll and to climb a vertical wall surface enables the Scorpio robot to perform crawling over flat terrain, rolling over a slope and to extend its ability to explore terrains of various height levels by climbing walls.

The Scorpio robot is a quadruped robot which has a physical appearance that resembles a real spider. Its structure consists of three regions; a robot body, limbs and wall-climbing appendages.

The body of the Scorpio robot accommodates the control unit, power supply and sensing unit. The limbs of the robot are the multi-jointed, semi-circular structures with three DOF . The three degrees of freedom of the robotic limb is achieved by implementing three active joints powered by micro servo motors.

The whole prototype is fabricated using 3D printing, in Poly Lactic Acid material. The limbs are printed as hollow structures to optimise the weight and tensile strength of the body.

The wall-climbing ability of the Scorpio robot depends on two principles. The first one involves the use of micro suction cups from Air Stick that establish a stable bond between the Scorpio robot and the perpendicular wall surface. The surface of the tape has thousands of microscopic air pockets that create partial vacuums between the tape and the target surface. The tape used for adhesion in the Scorpio robot is not pressure-sensitive and leaves no residue behind. It can also be used repeatedly, multiple times, without losing its holding power.

The second one is the principle of the atrial bipedal locomotion mechanism, often found in apes, that helps in the ascending and descending of our Scorpio robot. This is realised through micro-suction-enabled closed link legs that move synchronously with the central trunk. The implemented bipedal mechanism uses only a single motor to generate synchronized pedalling.

The major components used for the bi-pedal mechanism are, a 7.4 V Pololu DC motor, three pairs of offset wheels and three shafts. The DC motor is engaged to the centre shaft using a spur gear mechanism. The DC motor is driven by the Pololu micro DC motor controller. Pedals are attached at the end of the offset wheels which generates the synchronized pedalling action. The clockwise and counterclockwise rotation of the DC motor induce the forward and reverse peddling.

The developed Scorpio robot executed rolling, crawling and wall-climbing modes of locomotion as well as seamless switching between crawling and rolling, similar to the attributes of the _Cebrennus rechenbergi_spider. Such a reconfigurable rolling–crawling–wall-climbing robot opens up a number of exciting opportunities in the urban reconnaissance and surveillance context. 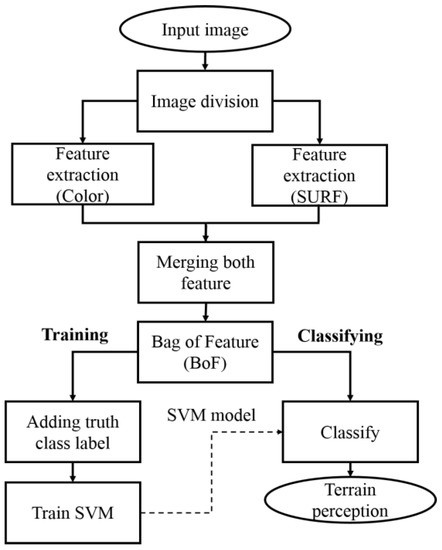 This research work discusses the mechanism design, mathematical modelling and system architecture of the Scorpio robot, and describes the implemented bio-inspired reconfiguration principles. Experiments were conducted with the developed robot platform to validate the Scorpio robot’s locomotion abilities.

As regards future work in this field of research, the team will focus on the following aspects: (1) development of autonomous reconfigurable strategies that allow for switching between locomotion modes in response to navigating terrain or diagnostic criteria; (2) develop novel mechanisms that allow floor-to-wall transition; (3) extend the current wall-climbing mechanism to allow for turning while navigating wall surfaces; (4) development of localisation and mapping strategies for our reconfiguring Scorpio robot; (5) optimise the existing gaits that cover crawling, rolling and wall-climbing locomotion based on developed theoretical models; (6) Formulate simpler approaches to represent quaternions in mathematical modeling; (7) Use multiple ODE solvers for the numerical solution of the mathematical model, and benchmark the accuracy of various ODE solvers.

A computer engineering student used to do origami only as a hobby, but now he’s using it to build a giant sunflower-shaped structure that his team hopes will provide a new window into worlds beyond our solar system.

The HyQReal Robot was invented by researchers from Moog and Istituto Italiano di Tecnologia (IIT), a research institute that created a lab to develop the next generation of hydraulic legged robots.