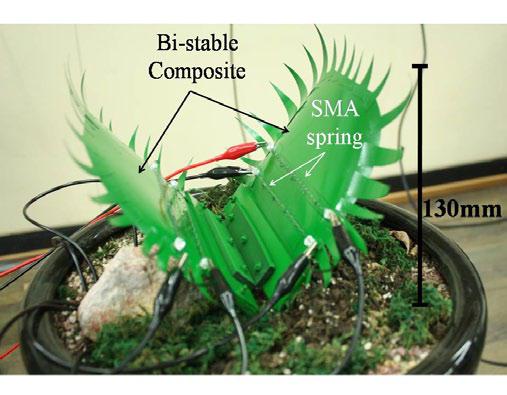 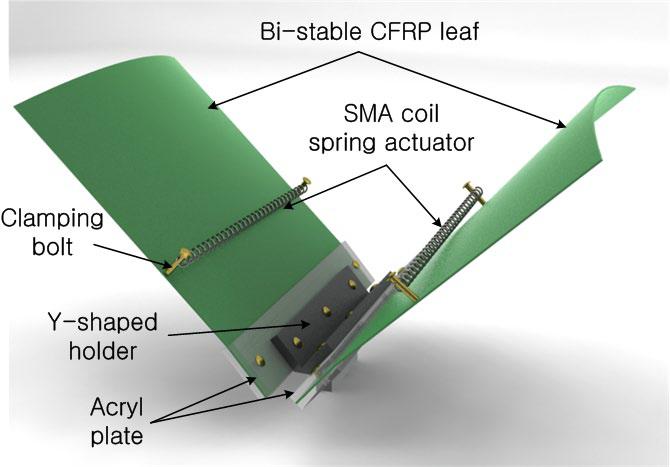 Assembly of the flytrap robot. 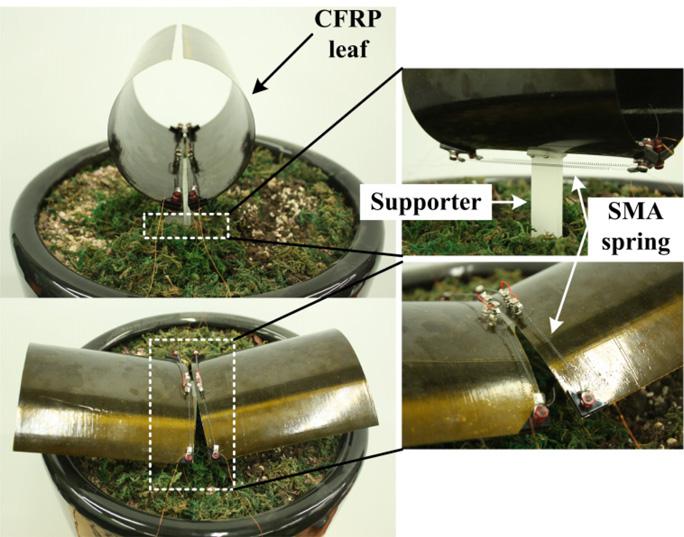 Bio-inspired flytrap robot with (a) CFRP leaves closedand (b) the leaves open. Two CFRP leaves are fixed on thesupporter. Both ends of SMA springs are attached at two corner ofthe CFRP leaf.

High-speed sequences of the opening motion. Therecording rate was 1000 fps. The red line on the edge of the leftCFRP leaf is the tracking line.

Layout diagram for the materials for the bagging process. (b) and(c): the manufactured unsymmetrically laminated bi-stable CFRP composite structure, CU0503

Snapping sequence of the flytrap robot 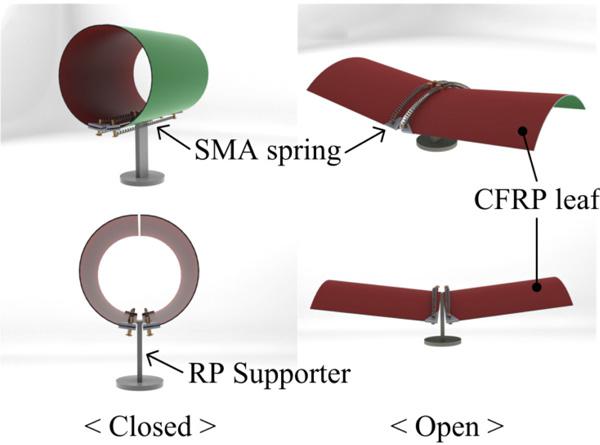 Conceptual design of the flytrap robot. (a)and(b)showthe robot closed. (c)and(d) show the robot open. To distinguish the upper and lower surfaces on the CFRP leaf. 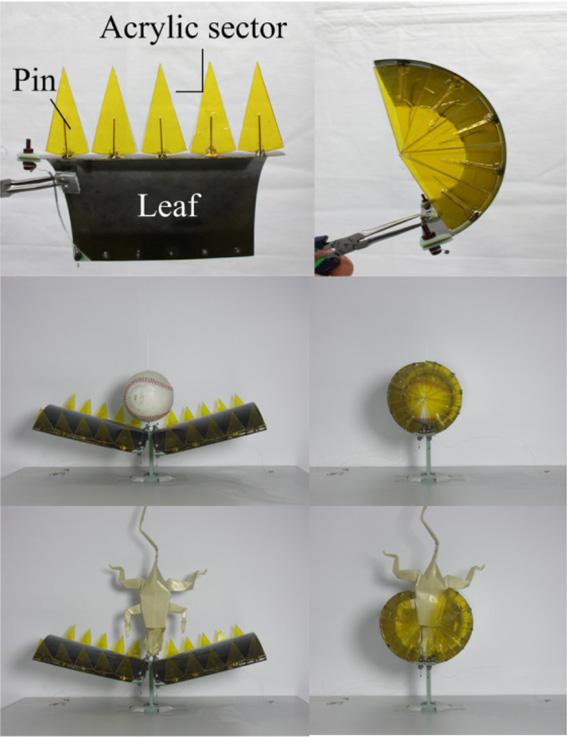 The robot has shape memory alloy springs which can be triggered to snap through. The leaves close in about 100ms; almost the same speed as that of the Venus flytrap.

The flytrap robot has three components:

The center part of the straight edge of the artificial leaf with a large curvature is mounted on top of the supporter, which acts like the midrib ofthe flytrap, and two mounted leaves are opposite each other. The SMA wire and MFC actuator of the previous common unbending actuation generate a small deformation.

This research is on the second prototype of the robot and employs a new type of unsymmetrically laminated carbon fiber reinforced prepreg (CFRP) structure which has two different curvatures, and an SMA spring actuator.

This paper is about the Fly Trap's enhanced performance, and shows that the leaves close in about 100ms, this time its closure is almost the same as that of a live Venus flytrap.