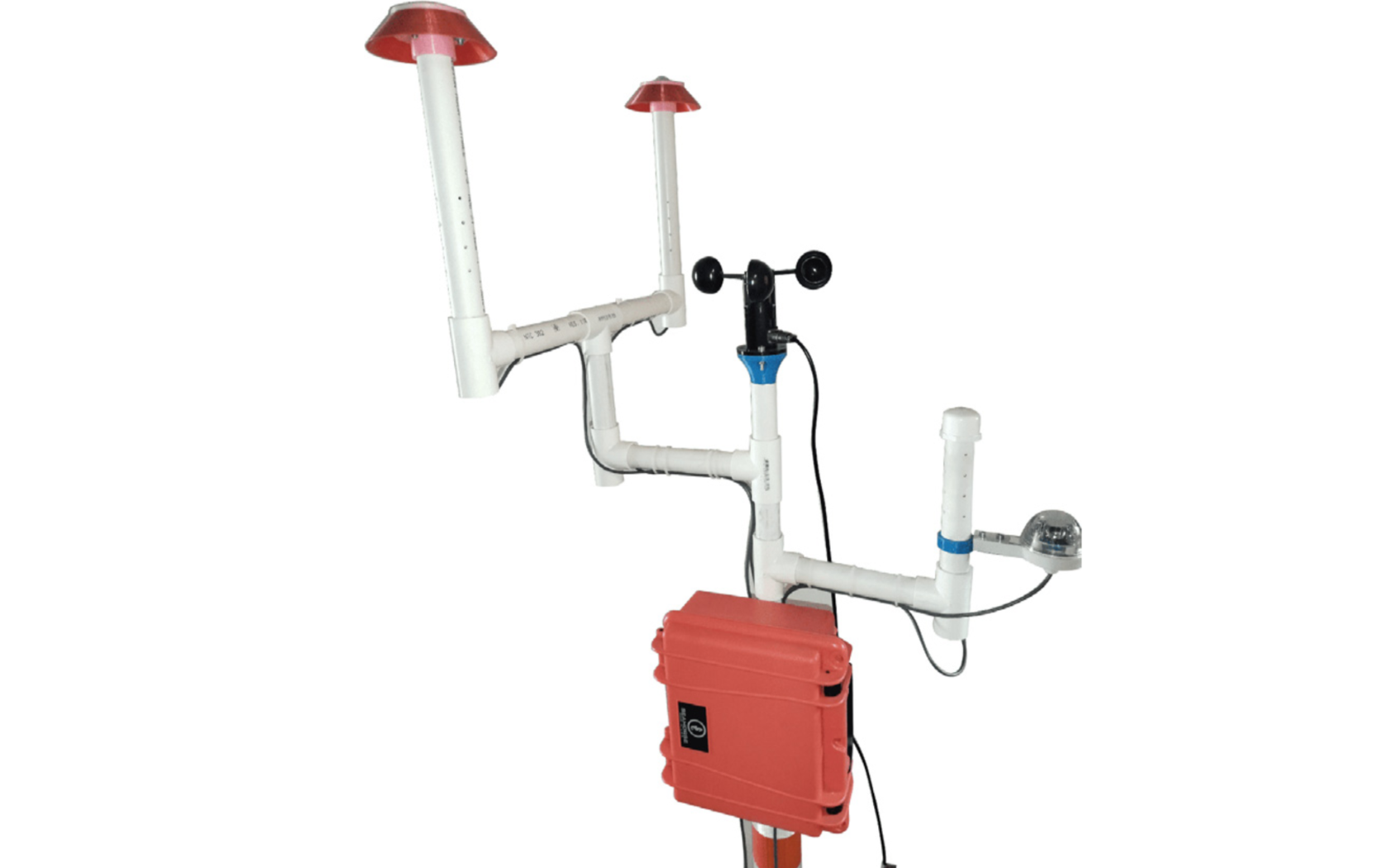 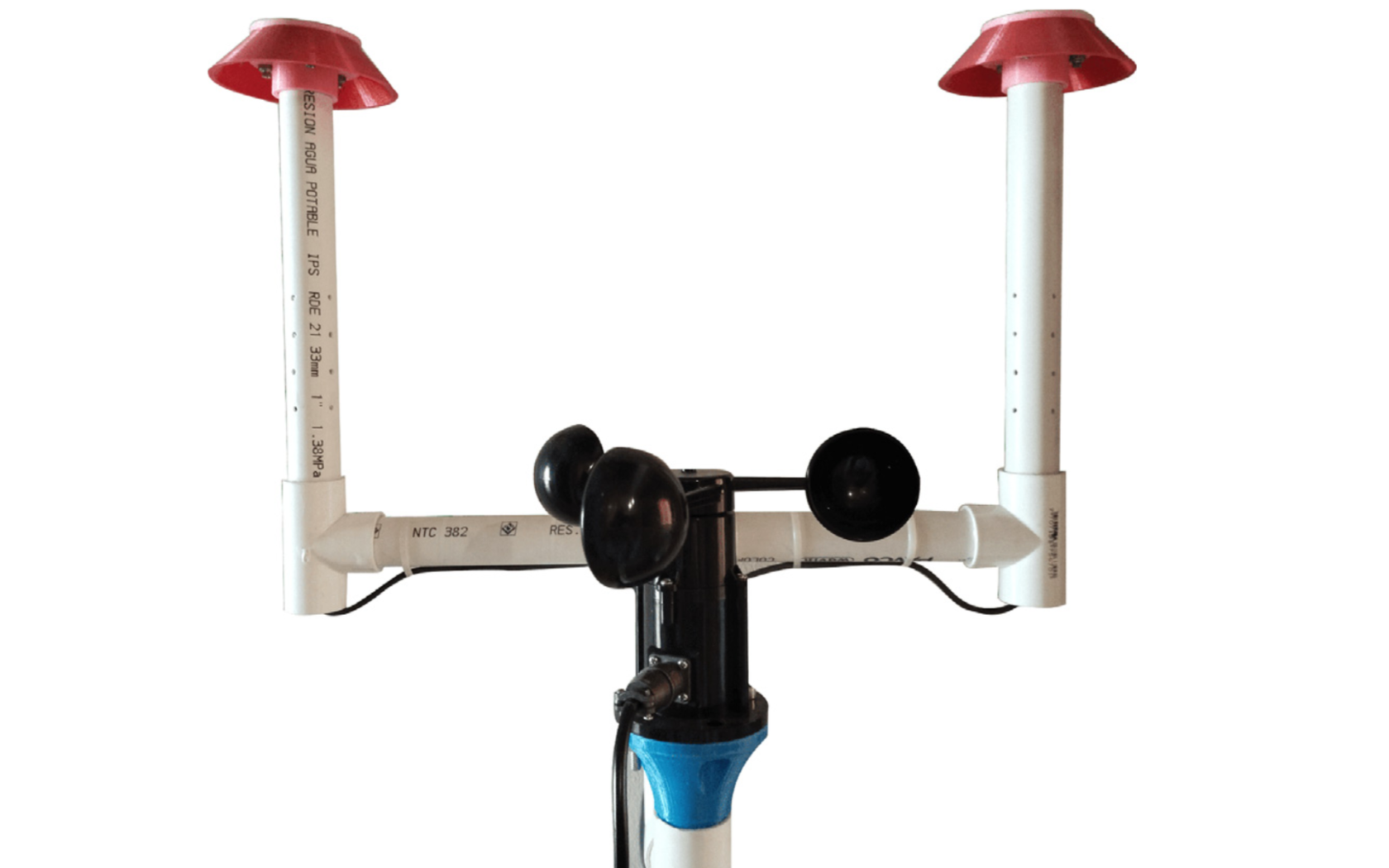 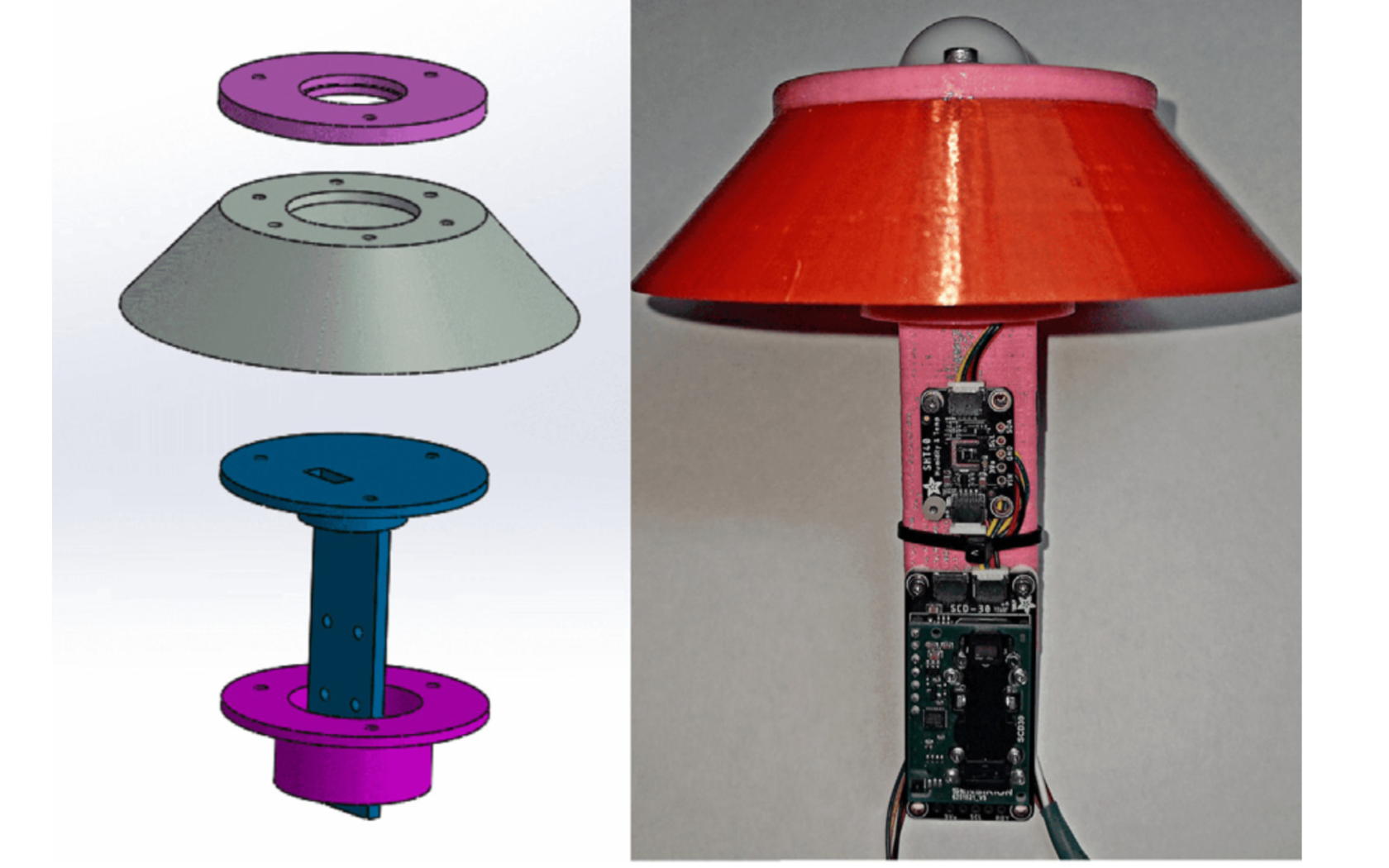 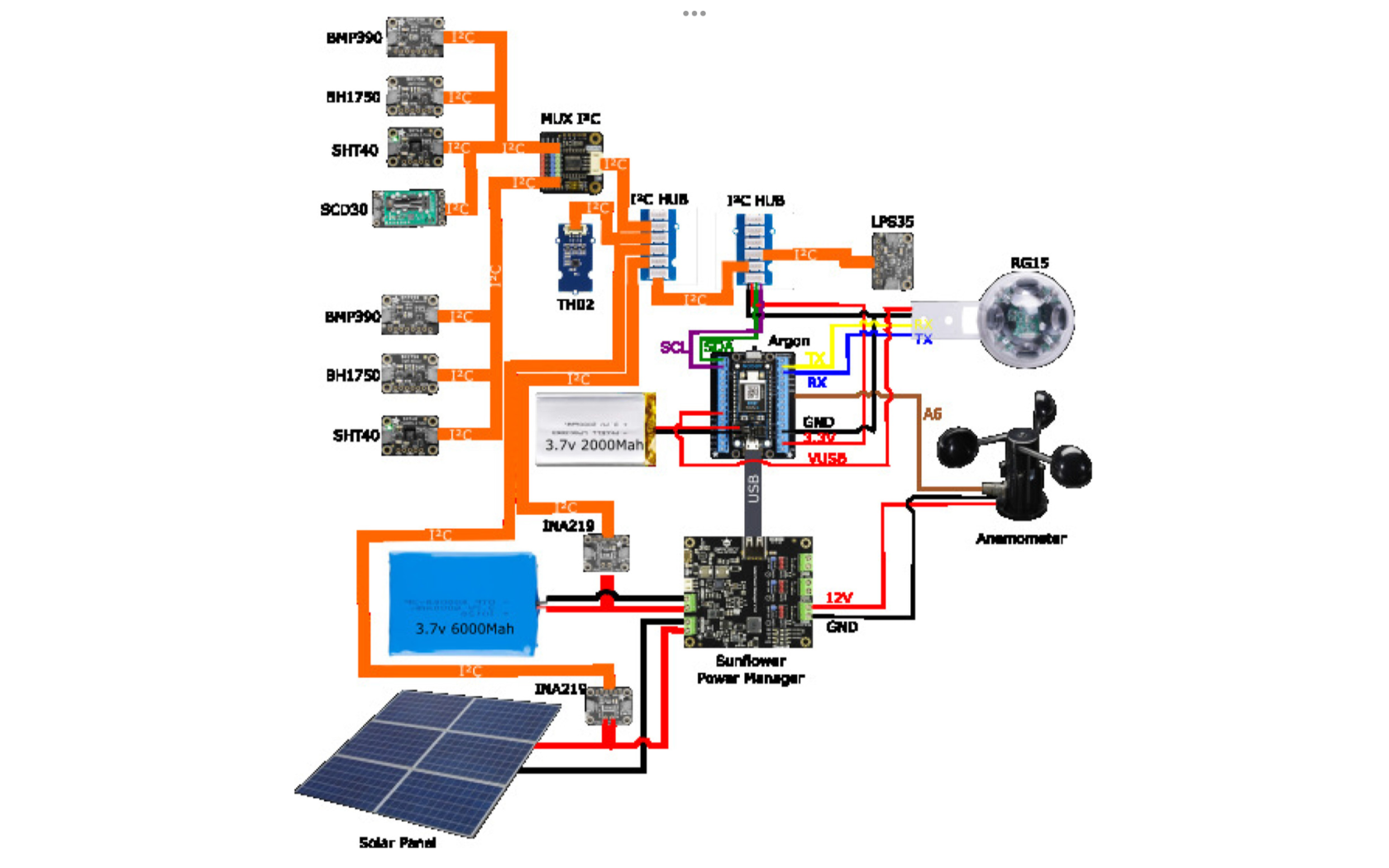 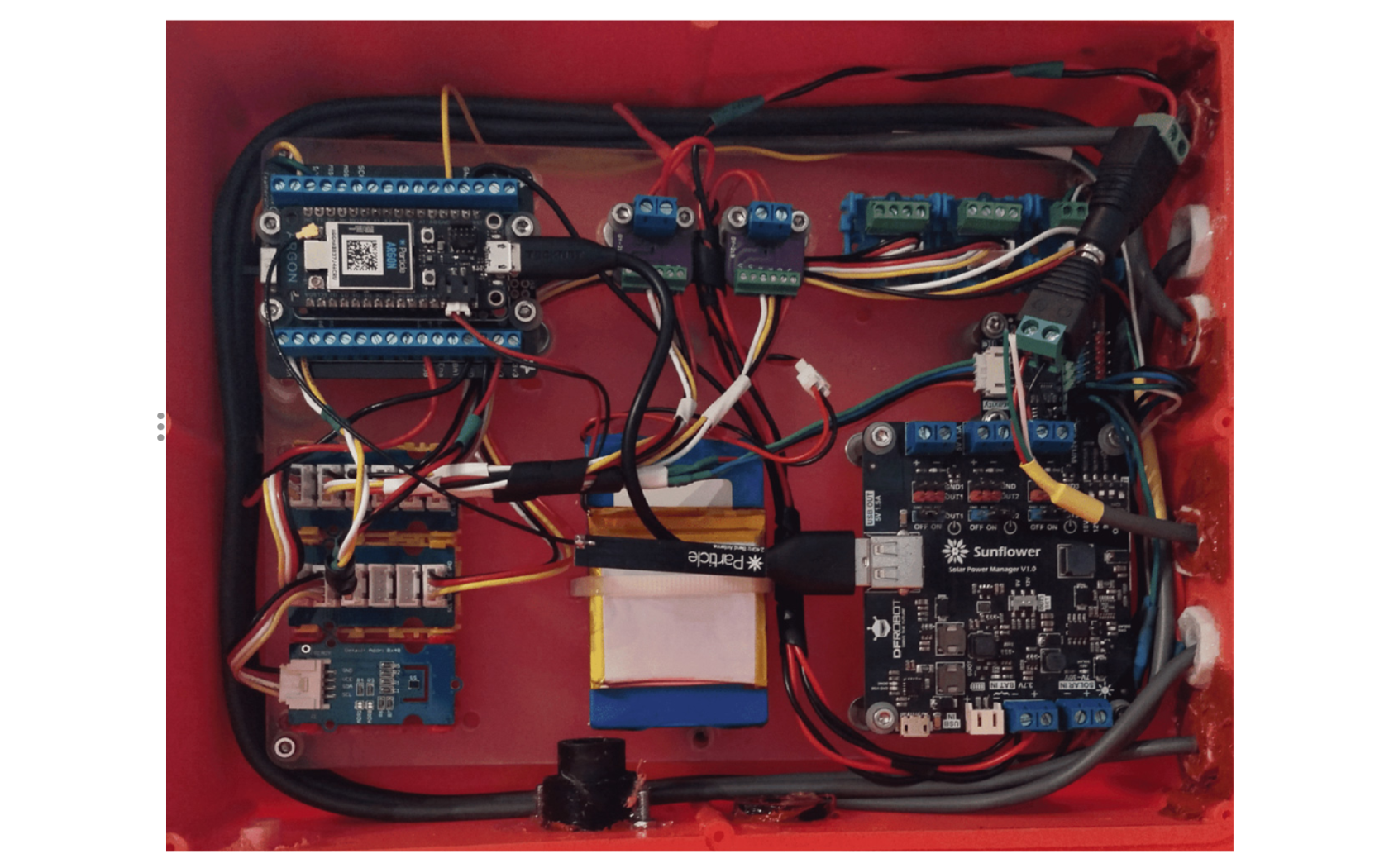 Climate affects us daily. It is one we cannot avoid no matter what we do. And now more than ever, when its state is continuously changing, research on overseeing its condition has benefited humanity in various fields. For one, the timely shift of our ways of interacting and predicting the climate brings unparalleled value to the practice of agriculture—one that is highly dependent on weather conditions. While commercial climate stations are present, paving the way for smart agriculture, it tends to be costly. These devices also require laborious installation as they do not have batteries for portable operation and lack support features involving system backup, connectivity, and environment-proofing.

A portable climatic station aims to monitor climate conditions that can collect real-time information storable in the cloud. This solar-powered device runs on wireless 3G and WiFi, allowing remote control and configuration. It monitors its self battery charge and initiates the solar power generation ability for an uninterruptible operation. This free and open source software (FOSS) envisions smart agriculture where improved harvest yield and production are sustainable.

A mechanical anemometer capable of reading up to 32.4 m/s enables measuring wind speed. For rain gauge, an innovative optical sensor running on RS232-TTL provides reliable recording at a minimum optical resolution of 0.02mm. On the other hand, temperature, humidity, and pressure are assessed using sensors, SHT40 and BMP391. With the presence of an Inter-Integrated Circuit (I2C), these sensors can communicate with one another, providing reliable readings while detecting errors. I2C can also offer slots for other sensors compatible with future applications. For monitoring light radiation, the BH1750 sensor likewise communicates through the I2C.

Equipped with an MPPT (Maximum Power Point Tracking), an electronic circuit called Sunflower charges a 6000mAh LiPo battery via a solar PV module. Additional two INA219 sensors allow the device to monitor its battery and anticipate system failure by tracking current and voltage changes. The device also has a TH02 sensor for temperature and humidity monitoring, which can detect water presence in the box.

Aside from these sensors that monitor energy levels in the battery and the panel, a secondary battery installed in the microcontroller unit (MCU) serves as backup power. Amperage consumption can peak at 800mA and stays at 100mA during normal operations, enabling a 30-hour run time at 22.2Wh energy consumption. The 10W solar panel has estimated radiation effectiveness of 5h, operating at 50 percent to keep the system charged.

Installing these features in the climatic sensor promotes smart agricultural applications that can catapult better yield and production. This user-friendly device can operate on either Wi-Fi or 3G simply by changing the communication controls. Its flexible system is capable of working with other FOSS, integrating other valuable functions, such as irrigation and retractable roofing. Minimizing errors and reducing system failure are priorities aside from ensuring that the device remains powered.