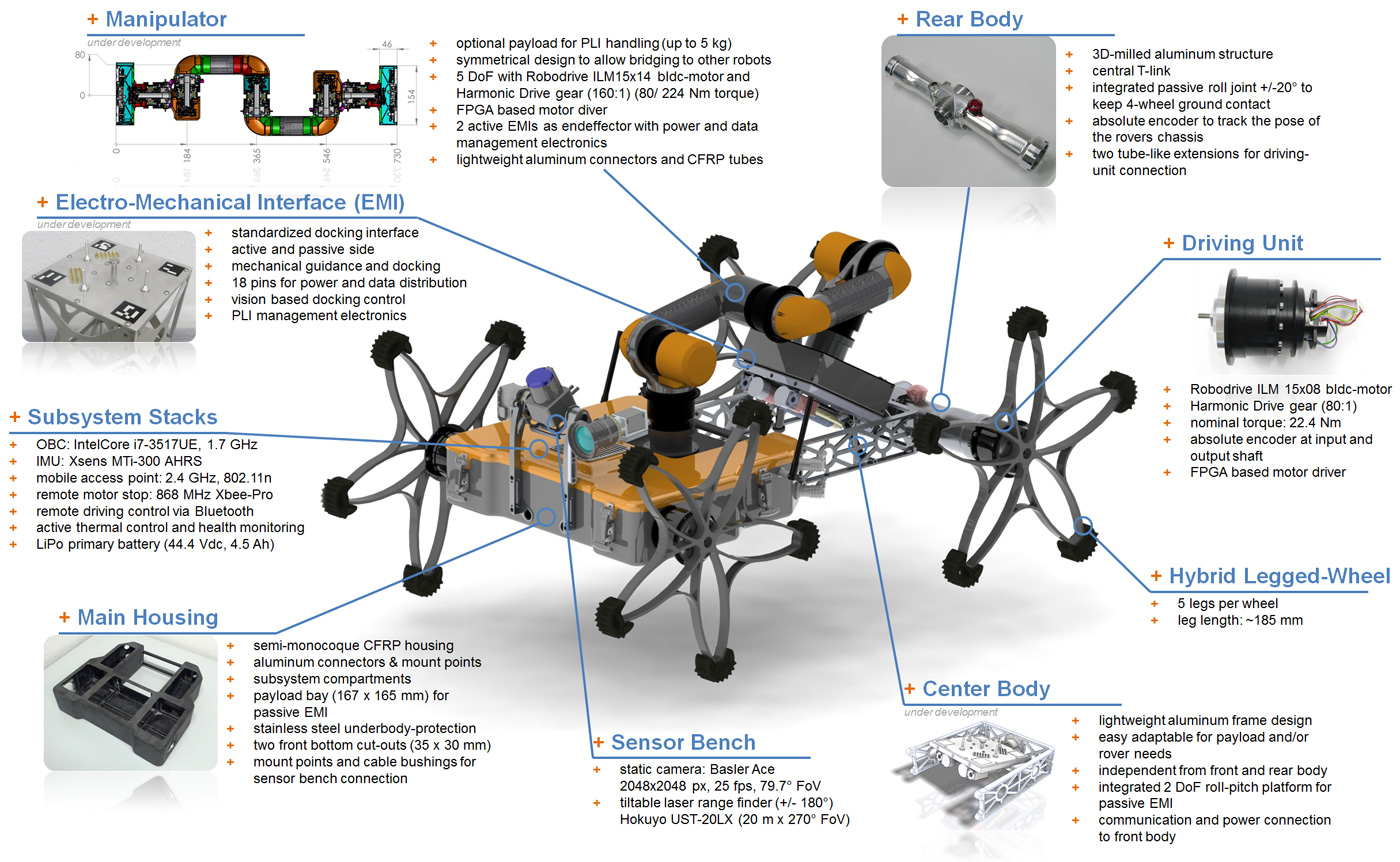 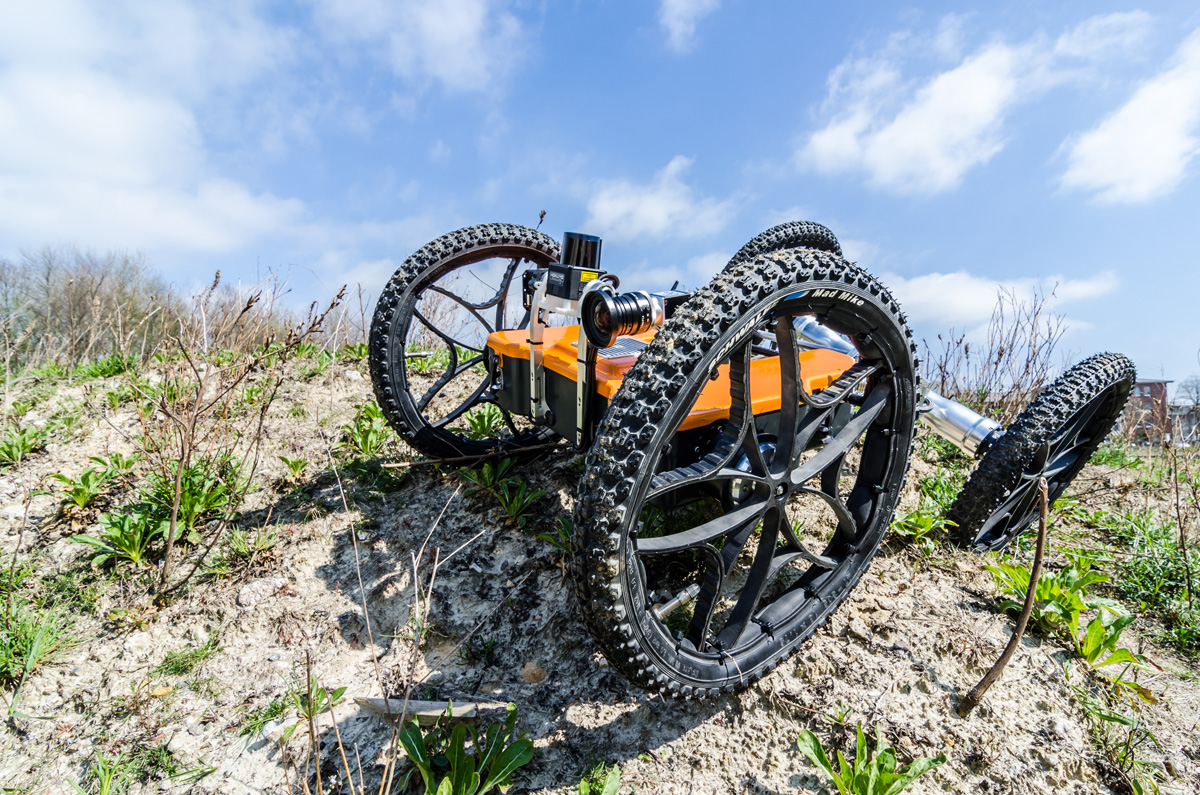 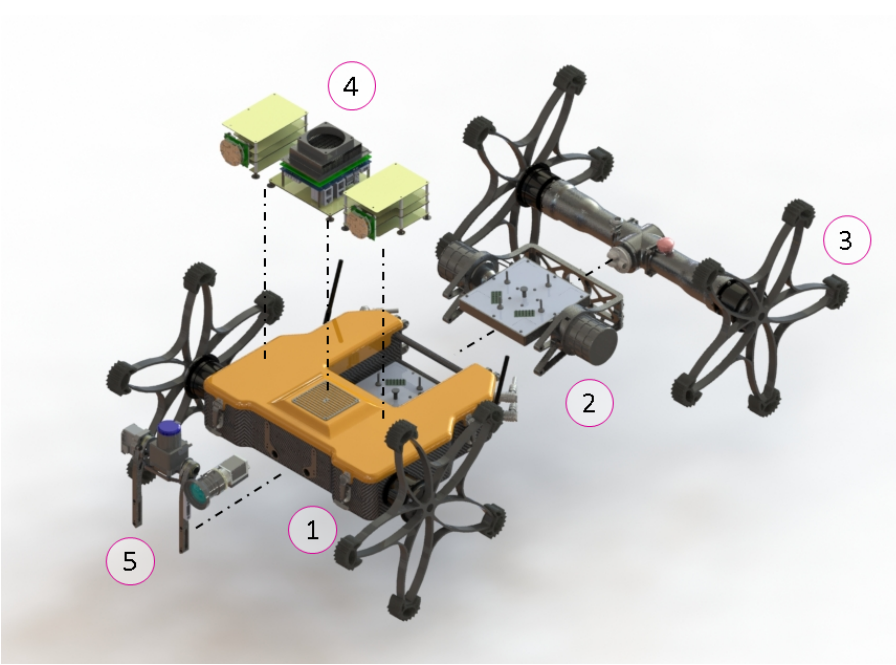 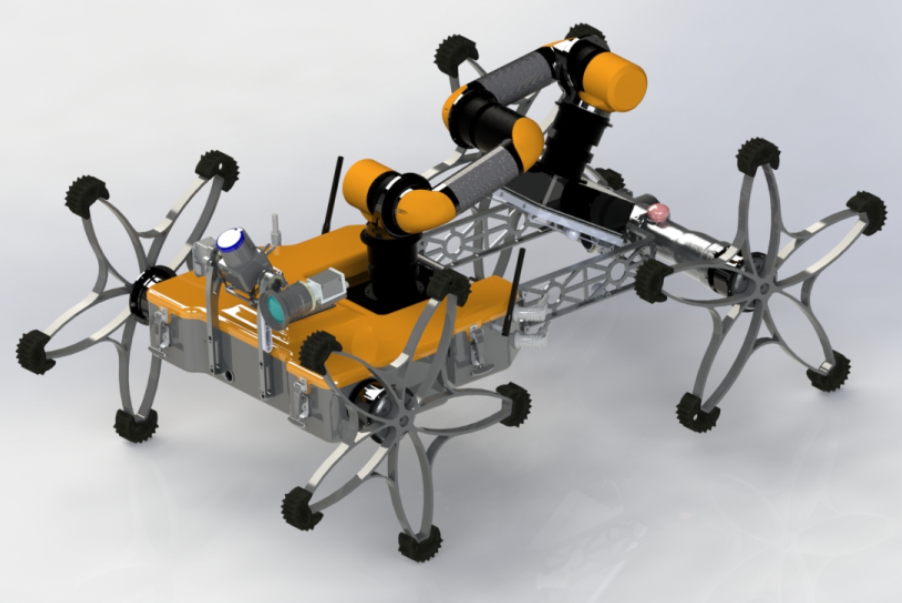 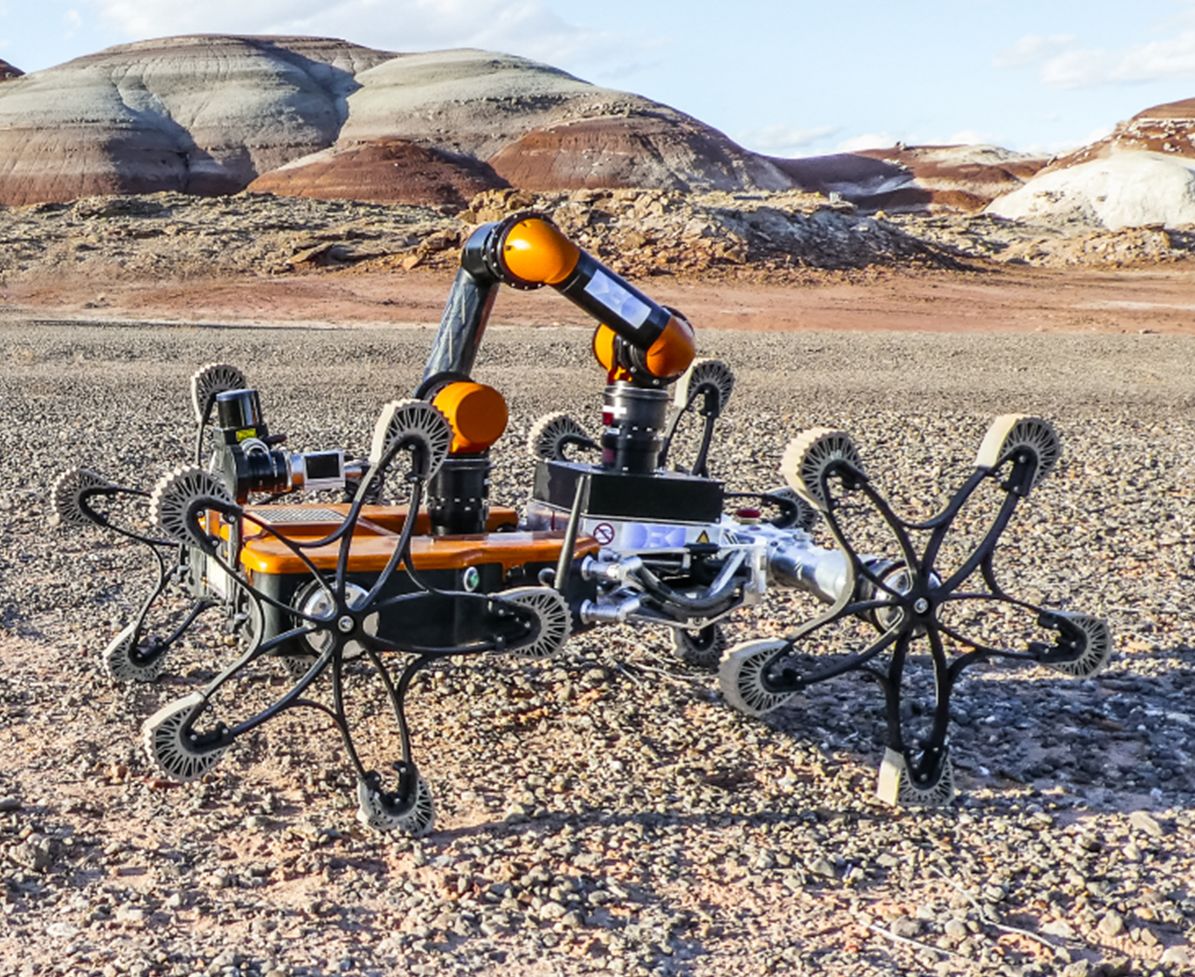 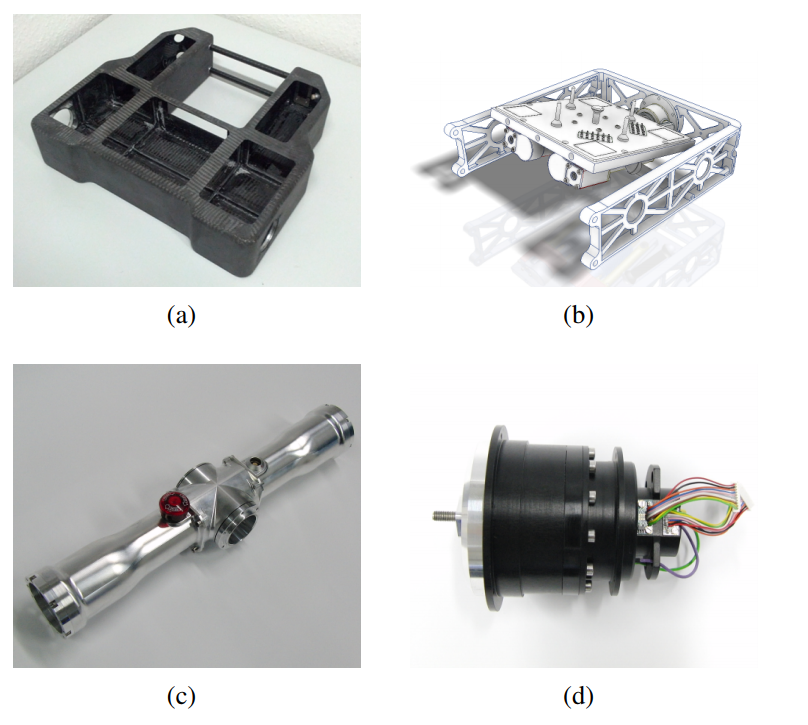 The rover is equipped with its own power source, on-board sensor suite and computer it is able to perform autonomous exploration tasks. The communication subsystem allows to cooperate with other systems. Coyote III is equipped with two standardized electro-mechanical interfaces, allowing to dock additional payload elements, such as a manipulator or standardized payload items.

Also, the rover is able to carry and handle standardized payload items (PLI), therefore, it is equipped with two electromechanical interfaces (EMI) allowing to dock PLIs to the rover and add a modular manipulation device to the system.

The design of the rover is based on a lightweight construction which uses carbon fibre reinforced plastic (CFRP) paired with lightweight aluminium structures. The front body includes the main housing of Coyote III, as well as the driving units of the front wheels. Waterjet cutted CFRP sheets have been inserted as ribbings to improve the stability and statics of the monocoque. Additional aluminium mounts and inserts are attached to the  CFRP  housing to serve as mount points for the front driving units as well as the centre body and the subsystem compartments. Strong aluminium mounts able to carry the whole rover weight are been inserted at each side of the payload bay to provide connection points for additional payload.

The centre body is based on an aluminium frame design and contains three framework elements,two side elements, connecting to the front body and a rear element providing an assembly flange to the rear body. The centre body is designated to serve as mounting point for additional payload to Coyote III as well.

The rear body is a 3D-milled aluminium structure based on a centre T-link and two tube-like extensions for connecting the rear driving units. The T-link connects to the centre body and has an integrated roll joint, allowing  for it to tilt the whole rear axis in order to keep ground contact with all four wheels while driving over rough terrain.

The terrestrial test platform Coyote II is presented. The paper focuses on the mechanical design and evaluation of the Coyote II rover. Lastly, the software architecture of the rover is outlined.