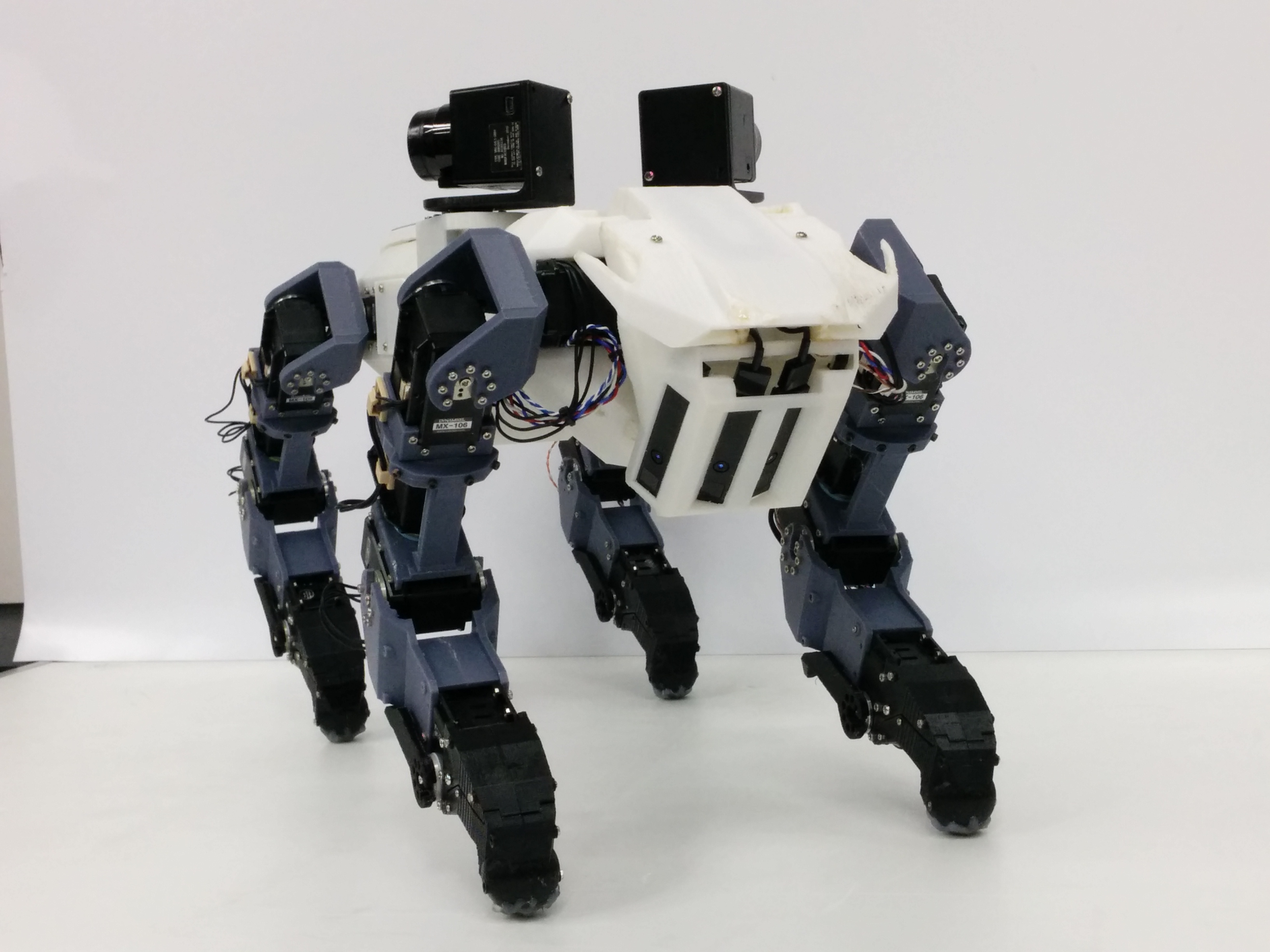 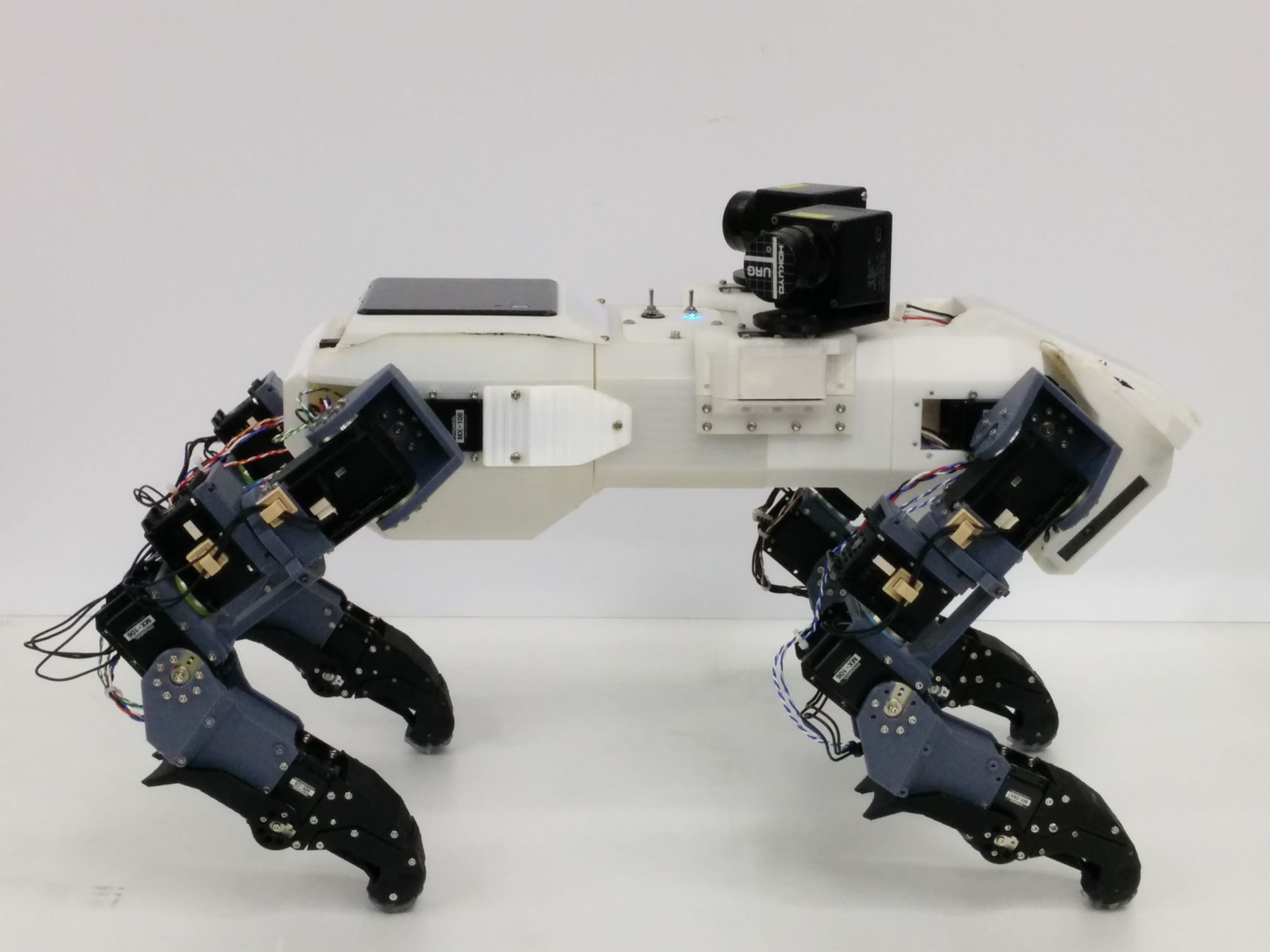 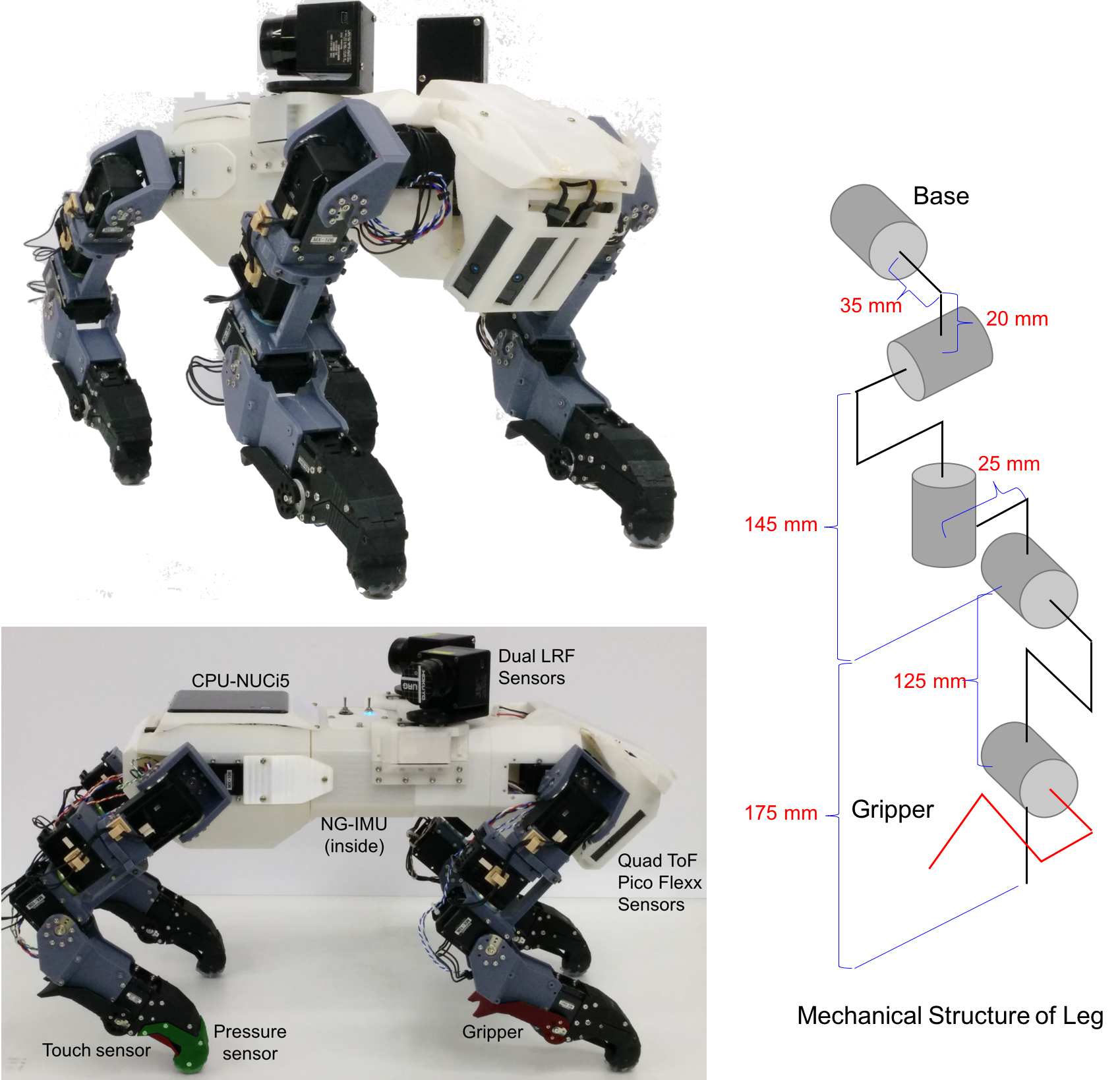 The density of the structure and the number of nodes will be increased in the targeted object area. We succeeded perform real-time vertical ladder detection in non-GPU board. In the behavior generation, Posture condition, safe movement area, possible touchpoint, grasping possibility, and target movement are the information that is analyzed from the sensors. There are four options developed in behavior generation, which are, Approaching, Body Placing, Stepping, and Grasping behavior. In order to prove the effectiveness of the proposed algorithm, the model was implemented on the computer simulation and the real application. Before being applied in the real robot, the proposed model is optimized in the computer simulation. Then, the optimized parameter is used for applying in the real robot. As a result, the robot succeeded to move through the ladder without handrail from lower stair to upper stair. From the analysis, the body placing behavior is the most important strategy in the proposed case.

The robot is facilitated by Quad Time of Flight (ToF) Pico Flexx, Dual Laser Range Finder Hokuyo, NG-IMU, Grasp-touch sensor and Force sensor in each leg. There are 23 degrees of freedom (DoF) in the proposed robot, 5 DoF in every leg, 2 DoF for Dual LRF sensor, and 1 DoF for the head.