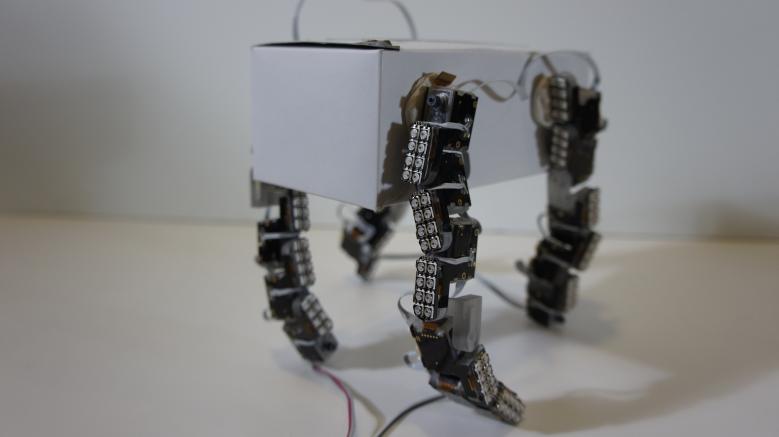 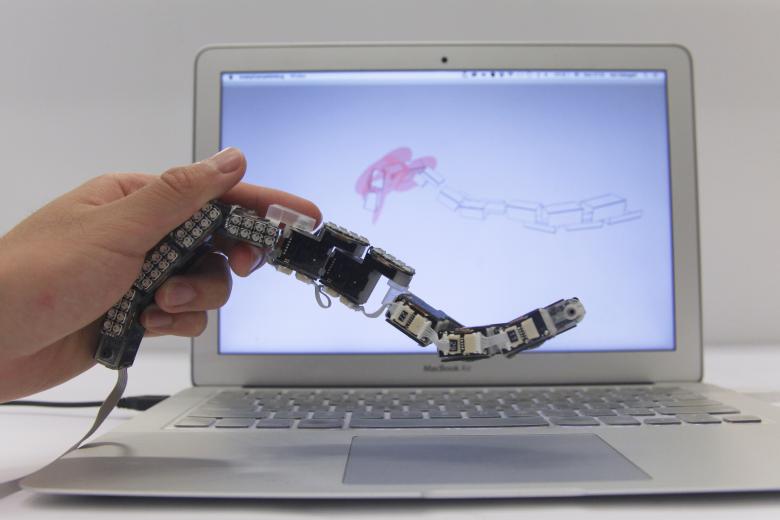 Design of the circuit board (A: inner side, B: external side).

The components of each module (a: circuit board with flexiblehinges, b: 3D printed bracket, c: HS-5035HD Servo Motor 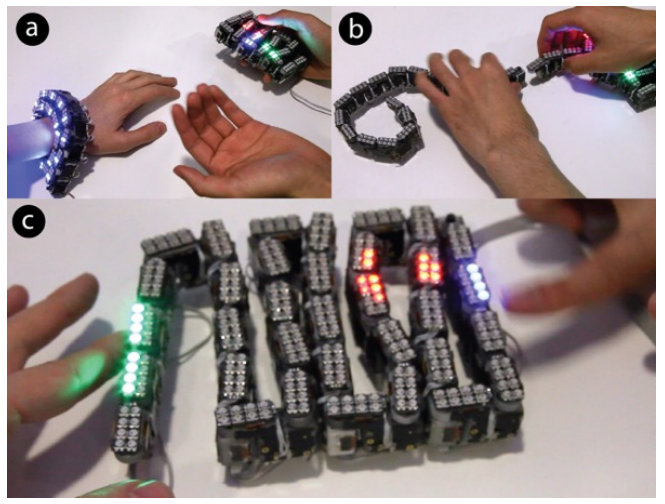 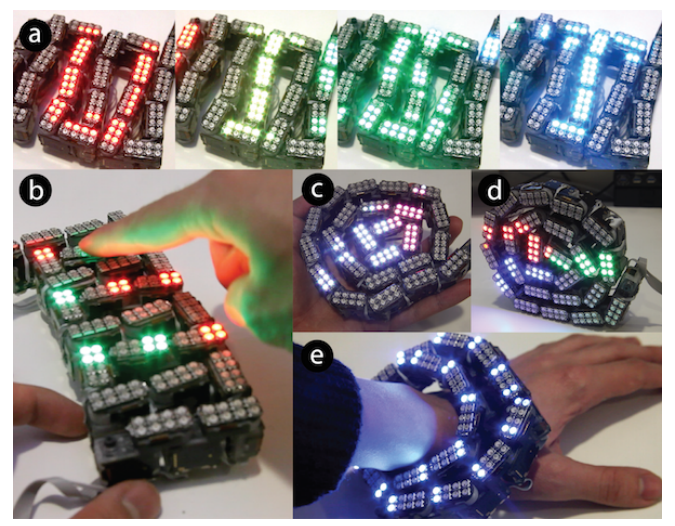 A joint that translates the motion into 3D configuration.

Device and application examples of the ChainFORM hardware system. 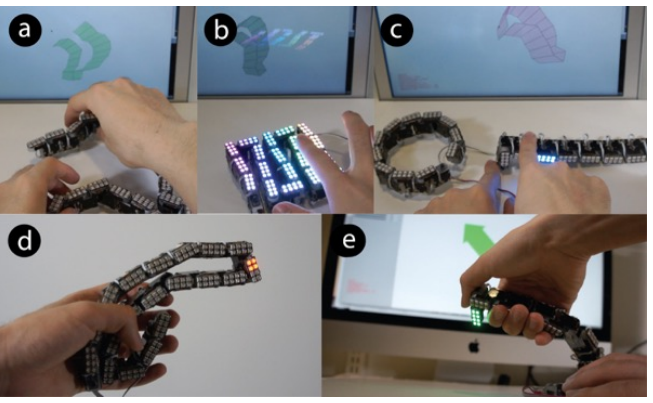 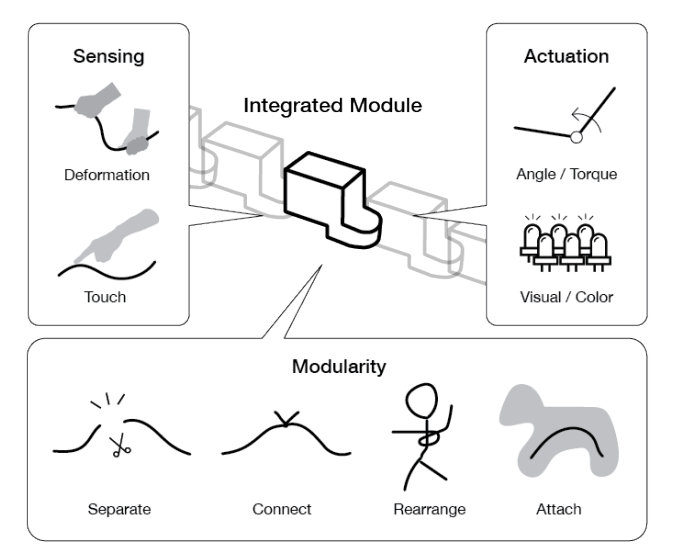 The integrated module with three functionalities; Sensing, Ac-tuation and Modularity. 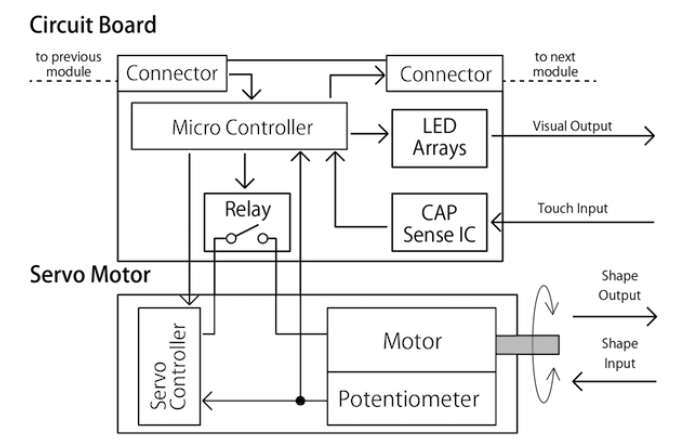 System configuration of each module.

ChainFORM is a modular hardware system for designing linear shape-changing interfaces. Each module is developed based on a servo motor with added flexible circuit board, and is capable of touch detection, visual output, angular sensing, and motor actuation.

Each module can communicate with other modules linearly, allowing users and designers to adjust and customize the length of the interface. The hardware system has a wide range of applications, including line-based shape changing display, reconfigurable stylus, rapid prototyping tool for actuated crafts, and a customizable haptic glove.

The module can detect tangible interactions by users. Specif-ically, the angular deformation and the way users touch themodules can be detected. The ChainFORM module can pro-vide several outputs.  One is motor actuation, it can changethe angle of the joint and also torque can be controlled to lock the joint or loose so that user can deform by their hands and also feel different stiffness as tactile feedback. The color of the surface of each module can be displayed with LEDs toprovide visual feedback.

The overall system exists of a chain of integrated modules, a master board and a software on a computer. The master module contains a Teensy 3.2 with an ARM Cortex-M4(MK20DX256VLH7, Freescale). The master coordinates the communications between the modules and shuttles data to thecomputer over USB. The software was developed using Processing on OSX computer.

The circuit board has an ATmega328p (Atmel) microcontroller, which is the “brain” of the module. MTCH6102 (Microchip) was used to perform capacitive sensing.  A  small solid-state relay, G3VM-21UR11 (OMRON) was used to turnon/off the torque of servo motor.   An array of 8 Neopixels Mini (Adafruit) was used for the LED display covering a single surface of a module. The circuit board is designed to integrate six capacitive sensing surfaces, so that every surface of the module is capable of touch sensing.

Describes the technical implementation of the prototype and presents a wide range of applications to demonstrate the modularity and rich input and output capability the hardware design. Presents a technical evaluations and discusses the capabilities and limitations of the current prototype, with po