An underwater robot that is propelled by a pair of lateral undulatory fins, inspired by the locomotion of rays and cuttlefish. Each fin mechanism is comprised of three individually actuated fin rays, which are interconnected by an elastic membrane. An on-board microcontroller generates the rays’ motion pattern that result in the fins’ undulations, through which propulsion is generated.

The prototype, which is fully untethered and energetically autonomous, also integrates an Inertial Measurement Unit for navigation purposes, a wireless communication module, and a video camera for recording underwater footage. Due to its small size and low manufacturing cost, the developed prototype can also serve as an educational platform for underwater Robotics.

The developed prototype (overall length: 24 cm, overall width: 57 cm) features a tube-shaped hull with a pair of laterally-mounted fin propulsors. An exploded view, illustrating the main elements of it’s mechanical assembly, is shown in Fig. 3b.

The robot employs a total of 6 individually-actuated fin ray units, 3 per each fin, which are driven by waterproof R/C servomotors (Savox SW1210SG). The overall length of each fin assembly is 14.6 cm and it’s height is 17.5 cm. The elastic membrane used in the fins was created from a 0.275 mm-thick sheet of silicone rubber. Each fin ray is comprised by two 2 mm thick aircraft-grade aluminium rectangular plates (height: 18.5 cm, width: 0.6 cm), with the membrane secured in-between them via 4 pairs of nuts and bolts.

The rays are attached to the motor’s output shaft through a CNC-milled custom hub. The servomotor is secured inside a custom housing, built in ABSplus material using a 3d-printer (Stratasys Dimension Elite). The main hull has been constructed from a 100 mm piece of PVC tubing. Two rectangular PVC pieces, serving as the fin “backbones”, were manufactured and glued, one on each side of the hull. The fin ray modules are fastened to these pieces using threaded rods and nuts.

**Figure 3. **(a) The bio-inspired underwater robot prototype. (b) Exploded view of the robot’s mechanical assembly. The inset shows the components of the fin ray modules.

Two CNC-machined lids are used to seal the front and back side of the tube. The front lid is made of plexiglass, in order to allow placing a camera inside the vehicle (Fig. 3a), and to facilitate inspection of the enclosed electronics. The rear lid is made of PVC and holds two glands for the servomotors’ wires that exit the hull, a USB connector for programming the onboard microcontroller, and a connector for charging the battery inside the hull.

Two backing ring flanges, with a gland milled on their outside flat surface for an o-ring seal, were manufactured out of PVC and glued on the tube’s front and back side. The lids are fastened on the backing rings using M6 nuts and bolts, over a circular pattern of 8 holes drilled on both the backing rings and the lids.

A 4-axis Haas VF-2 and a 3-axis Haas TM-1P Vertical Machining Centre, as well as a conventional lathe, a drill press and other tools were used for the manufacturing of the PVC, aluminium and plexiglass parts. All the CAD modelling and CAM programming was done in PTC Creo 2.0 Parametric software.

The developed robot prototype features a pair of laterally-mounted undulatory fin propulsors, each comprised by three individually actuated (via waterproof R/C servos) fin rays that are interconnected by an elastic membrane. 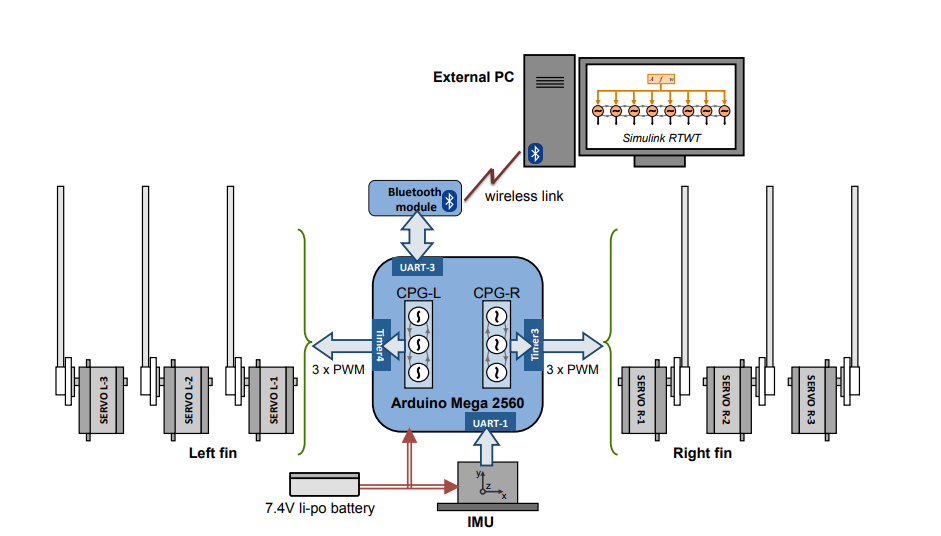 **Figure 4. **The developed control architecture of the robotic prototype.

The prototype is powered by a 7.4V lithium-polymer battery, and also integrates on-board an Inertial Measurement Unit (IMU) for navigation purposes, a Bluetooth module for wireless communication, and a video camera for recording underwater footage.

The undulatory motion of each fin is obtained via appropriately-timed oscillations of the fin's rays, which result in thrust being generated in the direction opposite that of the traveling wave propagation.

Figure 6. Principle of differential drive motion control of the prototype. Red arrows indicate the thrust generated by each fin along the surge axis.

A series of closed-loop motion control strategies have been developed, where the undulation parameters of each fin are adjusted according to feedback for the vehicle's heading on the xy-plane, obtained from the yaw angle returned by the on-board IMU.

RVR is an all-terrain, high torque robot – it’s drivable and programmable right out of the box, and has a diverse suite of sensors and built upon the Sphero Edu app. The rover is customizable. It has...

Describes the mechanical design and development. Explains the kinematics of undulatory fin mechanisms. The construction and motion control of the developed prototype are described and a series of preliminary experimental results are shown.

A robot that handles objects, climbs stairs, and operates in offices, homes, and outdoors.

The robot is designed to operate both outdoors and inside buildings and has whole-body dynamic balancing. Atlas is able to sense obstacles and negotiate rough terrain autonomously or via teleoperation...