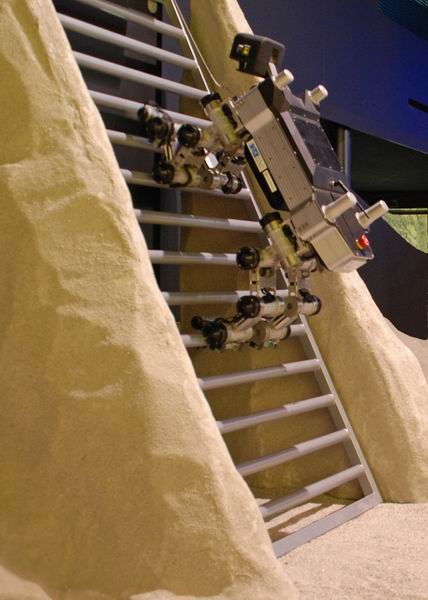 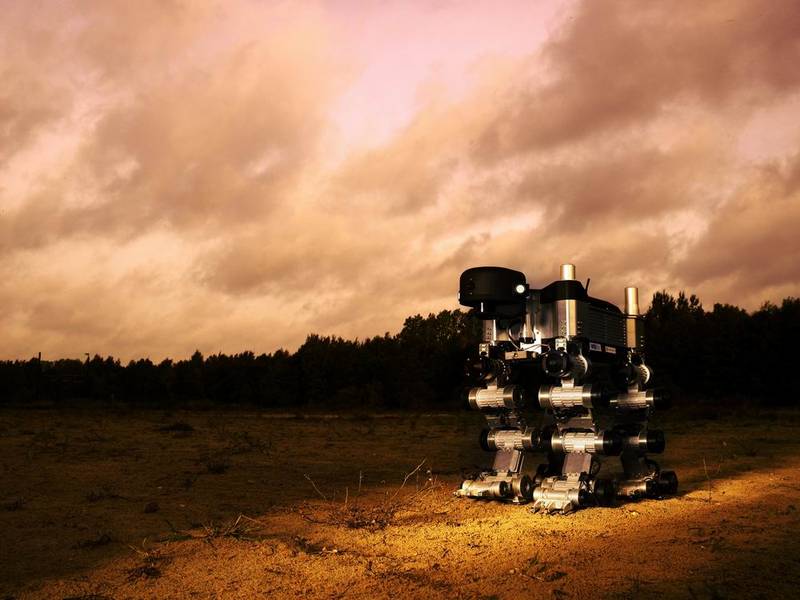 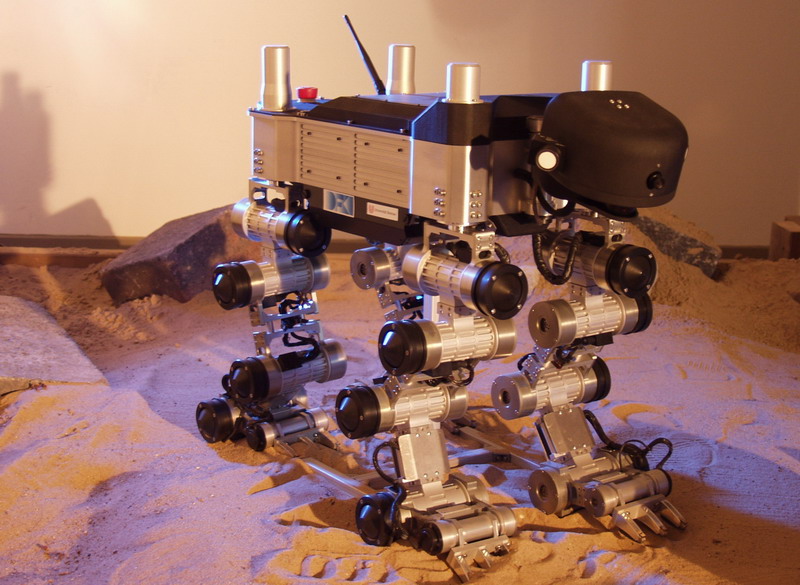 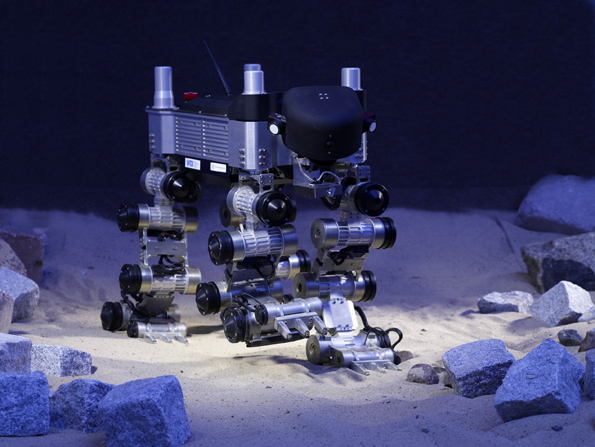 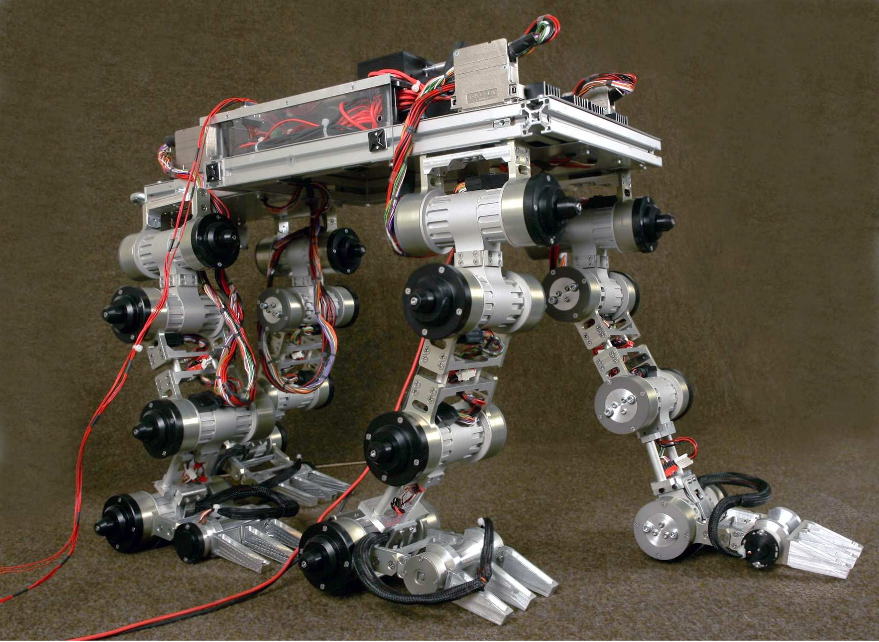 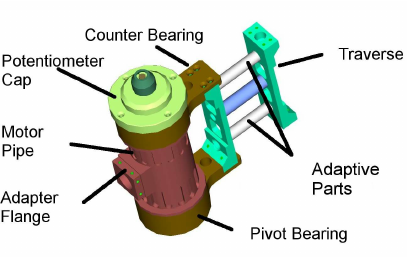 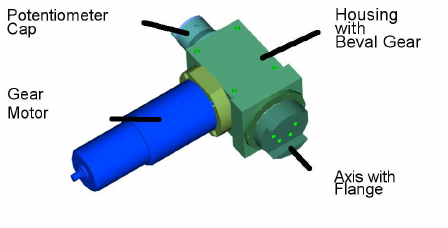 The ARAMIES robot has 26 active joints, 6 in each leg and 2 for actuating the head, which includes a camera, a laser scanner, and two ultrasound distance sensors. The system has acceleration sensors and gyroscopes for stability control.

Each joint is equipped with absolute position sensors, current sensors, and temperature sensors. One advantage of the ARAMIES robot in comparison to other walking robots is its actuated claw which is used to get hold in steep inclinations. The system is able to climb up a rung wall with a inclination of 70°. Each claw is equipped with five pressure sensors and an additional special IR-distance sensor which are used for robust ground contact detection.

The mechanical and electrical design focuses on maximum flexibility. This is achieved by using only three different mechanical stand-alone units and adaptive components as linkage. Thereby time for changing the kinematical setup and servicing is kept low. The first and most frequent used mechanical unit is the ”standard joint” shown in Fig. 2. It is builtof a Faulhaber 38mm motor/gear combination in-tegrated in a pipe of anodized aluminum. These units can be connected easily by standard flanges.In combination with some custom made adapters,several extremities with different lengths, different DOF, and shapes can be created. The last standard joint of a leg operates as an ankle or as a wrist, depending on whether the robot is walking or manipulating its environment. In combination with the second stand-alone unit, a 22mm motor/gear pipe, this creates a simple but efficient foot. These two joints combined with three toes can operate as a foot whilestanding (see Fig. 4). Additionally, the claws can be used for clinging in sandy or rocky soils.

The limbs can be attached directly to the corpus via custom made adapters. An additional shoulder joint (the third mechanical unit) has been build in order to increase the flexibility ofthe design. If the shoulder unit is integrated it can turn around the whole leg. All parts together result in a highly flexible robot construcion system with verysimple means to test out different kinematical setups.

The software is based on bio-inspired locomotion control concepts. It features Central Pattern Generator (CPG) and reflex models. The bio-inspired mechanisms allow to solve the problem of controlling simultaneously 26 joints with high reactivity. In comparison to standard model-based robotic control approaches (e.g. control of an industrial manipulator), this is achieved by a very low number of arithmetic operations providing high energy efficiency.

This paper presents the mechanical details of the integration study of the ARAMIES project.

This article describes the four-legged walking integration study ARAMIES and the developed control software approach. Analyzes a first walking experiment carried out. Explains how CPG-like rhythmic motion patterns can be produced on the basis of Bezier-splines.

Describe the ARAMIS project.Methods, results and conclusion: The rationale and engineering of a state-of-the-art, hardware/software integrated robot system, its mechanics, ergonomics, electric/electronics features providing control, safety and suitability of use are described.