Plants use light waves from only a portion of the spectrum for photosynthesis – the remainder can be recovered and used to generate solar power. That’s the idea behind the solar modules developed by EPFL startup Voltiris. Following encouraging preliminary results, a new pilot installation was recently installed in Graubünden.

In Switzerland, growing tomatoes, cucumbers, peppers and other light- and heat-intensive vegetables requires building a greenhouse – but operating one consumes a huge amount of power. Farmers have to carefully balance crop yields and economics with environmental concerns. “It costs more than CHF 1.5 million a year to heat a 5-hectare greenhouse,” says Nicolas Weber, the CEO of Voltiris. “And a greenhouse of that size emits roughly the same amount of CO2 per year as 2,000 people.” The Swiss federation of fruit & vegetable growers, which cultivate several thousand hectares across the country, has set a target of eliminating all fossil-fuel-based energy from its farming processes by 2040. The system developed by Voltiris can go a long way towards reaching that goal. Its technology is based on the fact that plants don’t use all of the waves contained in sunlight; the remaining ones can be concentrated onto photovoltaic (PV) cells to generate solar power. Voltiris’ system is lightweight and designed to track the sun’s movement across the sky, and boasts daily yields on par with conventional solar panels. The first vegetables grown under Voltiris’ system were harvested this summer through pilot tests carried out at two greenhouses, in the cantons of Valais and Graubünden.

Thanks to these breakthroughs, the system can achieve yields similar to those of conventional solar panels but with only half the light waves – i.e., green and near-infrared light.

Red and blue for plants, and the rest for PV cells 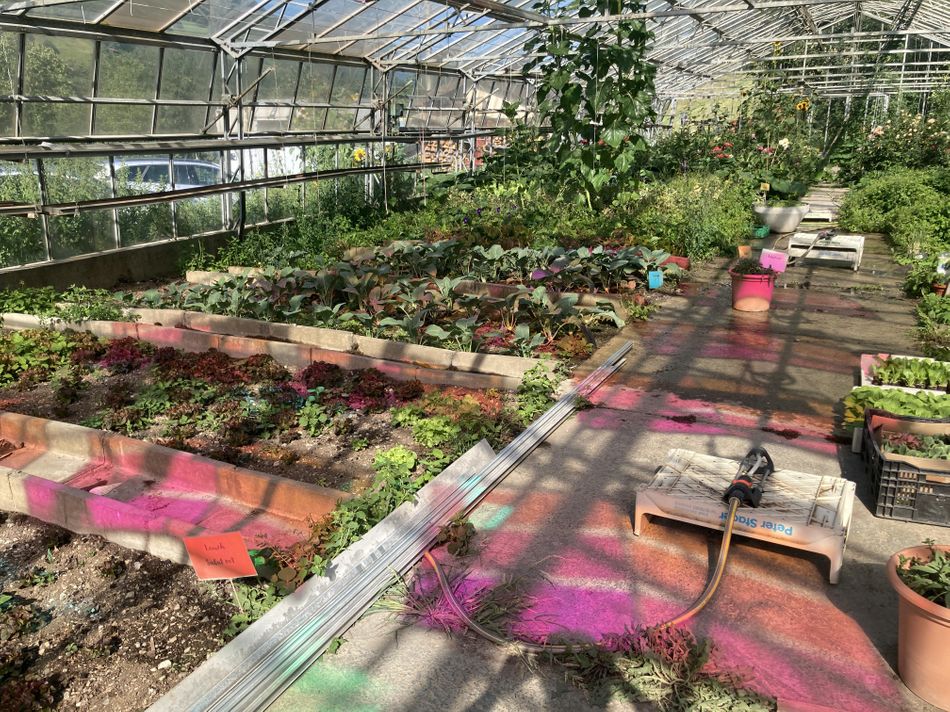 Sunlight is essential for growing crops, as plants need it for not just photosynthesis but also phototropism (what causes plants to grow in the direction of light) and photoperiodism (how organisms react to seasonal changes in the length of the day). But plants are selective about which parts of the spectrum they use, relying on red and blue light. Voltiris’ filters therefore let these wavelengths pass through, while directing the other wavelengths (green and near-infrared) towards PV cells where they’re converted into solar power. What’s more, the system generates this renewable energy without reducing crop yields, since plants still receive all of the sunlight they need.

The system consists of dichroic mirrors, which show a different coloration, depending on the observation condition. The color on the glass – reminiscent of the anti-glare coating used on eyeglasses – gives the mirrors an almost decorative feel as they change colors based on the light passing through them. Two patented inventions are what make Voltiris’ system unique and able to perform so well. The first is an optimized optical system that effectively concentrates sun light, and the second is a solar-tracking device designed for under-roof use, which extends the length of time the system can produce solar power by 40%. Thanks to these breakthroughs, the system can achieve yields similar to those of conventional solar panels but with only half the light waves – i.e., green and near-infrared light. “We plan to apply different treatments to the reflective glass based on the needs of specific crops, in order to improve our yields even further,” says Weber. The lightweight installation fits into the empty space between the roof of the greenhouse and the top of the plants. 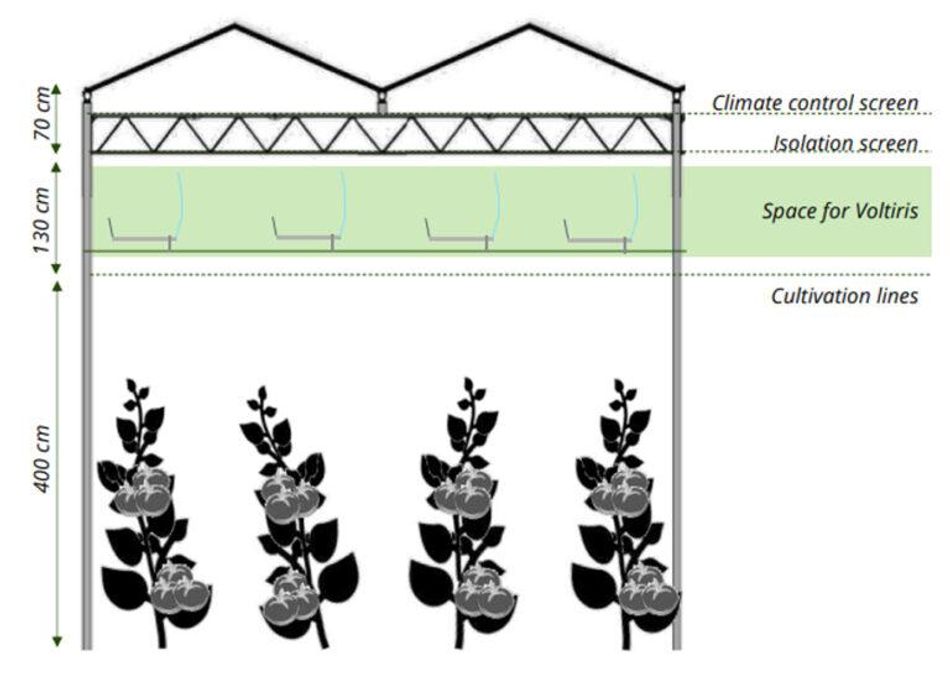 Pilot tests of the new system have showed that they should be able to cut the greenhouses’ CO2 emissions in half while providing between 60% and 100% of their energy needs depending of the heating system in place: “emission are not reduced to zero because our system will start to replace electricity, which is generally “cleaner” than gaz. “This translates into an environmental benefit but also a financial one, once the cost of the system has been recovered, which should take between four and seven years,” says Weber.

Voltiris’ innovation comes at an opportune time, as the Swiss federal government has rolled out incentives over the past few years to encourage greenhouse operators to reduce their reliance on fossil fuels for heating. These incentives include subsidies for clean-energy systems. But existing alternatives, such as wood, biofuel and geothermal power, probably won’t suffice. The technology developed by Voltiris therefore promises to be an attractive solution. The firm now plans to run more pilot tests in the Netherlands and Geneva before introducing its product on the market in the second half of 2023.