Plasmas are used to make microchips, but are also used in sensors to check for ultrafine particles that could pose a serious health risk. Although such sensors are common in industry, several issues such as cost, maintenance, and size must be addressed before they are available for everyday use. For his PhD research, Tim Staps explored new methods to measure the size and concentration of particles in plasmas that could be used to make cheaper, smaller, and more sustainable particle sensors in the future. He defended his thesis at the department of Applied Physics on February 8th. 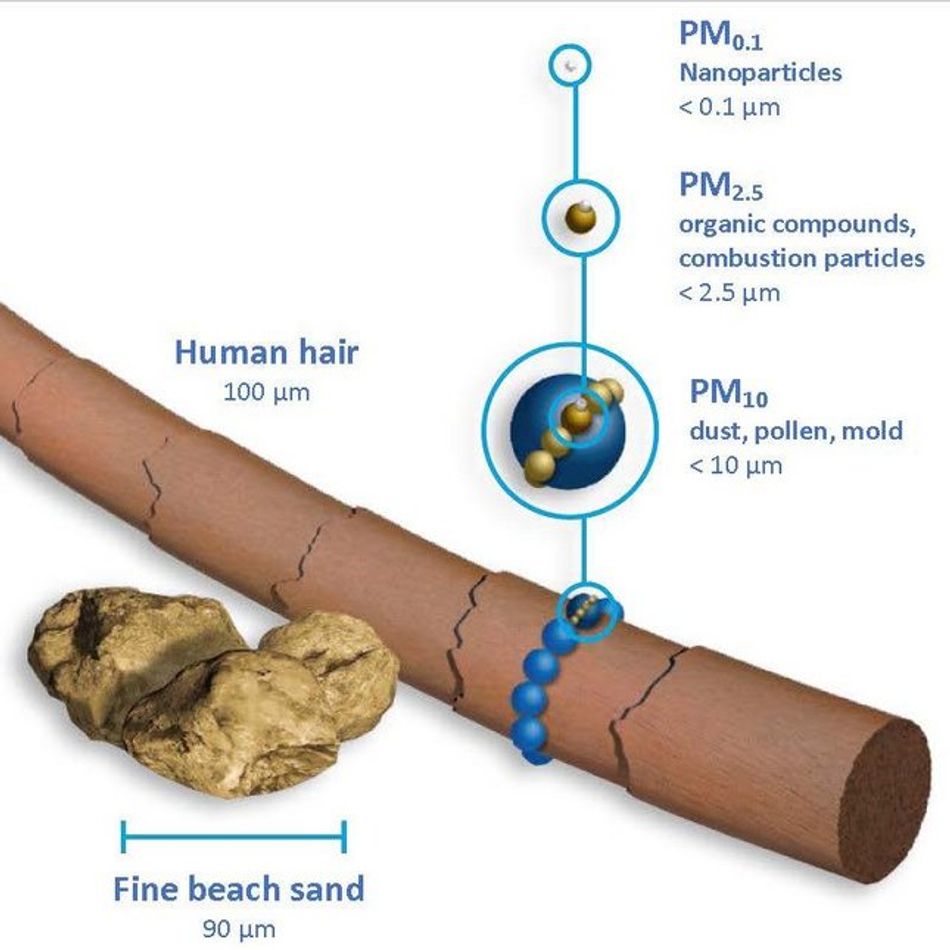 Plasmas, which consist of charged particles and are the 4th state of matter, are used in high-tech industrial systems such as in lithography machines to make microchips or in ultrafine particle (UFP) sensors to measure the concentration of tiny particles (smaller than 0.1 micrometers) that could be damaging to human health.

“Due to their small size, UFPs can deposit deep in the lungs and then enter the blood stream, causing irreversible tissue damage and disease,” says Tim Staps, PhD researcher in the Complex Ionized Media group at the department of Applied Physics.

While industrial UFP sensors have been around for some time, there are several issues that must be overcome before they are commonplace in society. Their availability would be well-timed too as the Rijksinstituut voor Volksgezondheid en Milieu (RIVM) estimates that the number of deaths in the Netherlands due to the inhalation of particulate matter (including ultrafine particles) emitted by cars and other processes is between 7,000 and 12,000 per year.

The first issue is cost as laboratory-scale devices are priced at 10,000 euros, far too expensive for cars, while the widescale use of the technology is limited by a lack of legislation for ultrafine particles. But many technical issues are also hindering their wide-scale use.

“Besides making compact UFP sensors, they also shouldn’t require continual maintenance. For example, industrial sensors need to be checked every 100 hours, which isn’t feasible for cars,” says Staps. “The sensors also need to be sensitive as UFP concentrations in air can be low and hard to measure.”

“Accurate UFP sensors could protect the well-being of people by monitoring indoor air quality in buildings and workplaces where UFPs are commonplace. To combat high UFP concentrations, heating, ventilation and air conditioning could then be introduced. The bottom line though is to accurately measure UFPs and then act on their detection.”

For his PhD research, Staps and his colleagues developed ways to accurately measure the surface charge of anoscale particles. “First, we charge particles using a plasma by guiding plasma electrons and ions towards the particles, and afterwards we measured the amount of charge carried by the particles. It’s the total charge of all particles that gives a measure of their size and concentration.”

To measure the charge of the particles, Staps turned to microwave cavity resonance spectroscopy (MCRS), a technique has been used since the 1950s to measure free electrons in a gas under vacuum conditions. However, in a new approach, Staps and his colleagues adapted the technique for use at normal conditions of pressure and air density.

“In a vacuum, electrons can travel many meters before colliding with a gas or dust particle. At normal conditions this distance drastically decreases, and the signals produced when an electron hits a gas or dust particle are much smaller than in a vacuum. So, we designed a new setup that minimizes the effects of external vibrations and other sources of signal noise.” 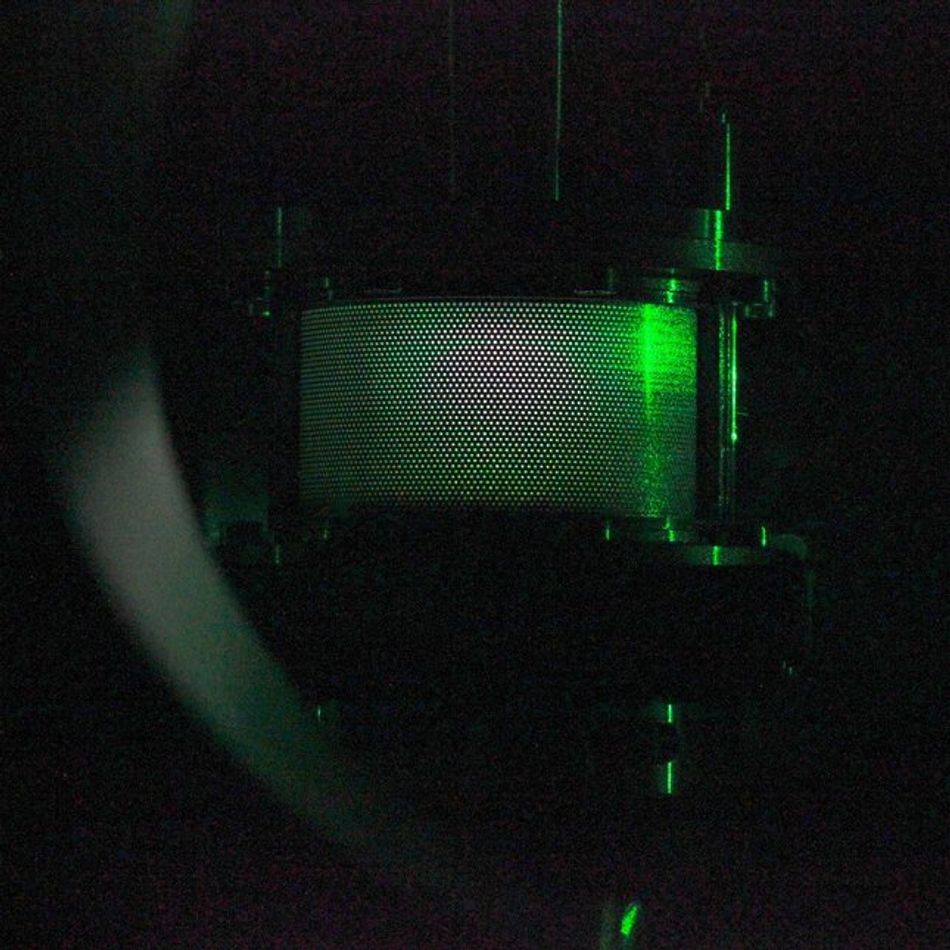 Under both vacuum and atmospheric conditions, Staps and the researchers found that collisions between the particles and free electrons in the plasma determined whether the particles were charged or not. “Such observations are important for understanding the physical process behind particle charging and discharging. But the same data can also be used to develop new theories to describe the charging processes under variable pressure conditions.”

“The laser approach, which is known as photodetachment, involves firing a large number of photons at the particles. Importantly, the photon energy exceeds the binding energy confining the electron to the particle surface. This is a truly unique way to detect the charge on particles in a vacuum and the presence of negative ions at atmospheric pressure.”

So, what does this all mean for ultrafine particle sensors? Well, Staps is extremely optimistic that his research could provide an excellent starting point for the development of future particle sensors.

“To make accurate ultrafine particle sensors, we need to understand how small particles are charged and then use this data to formulate new theories on plasma-based charging of nanoparticles,” says Staps. “These insights can accelerate the advancement of sensor technologies and the production of these sensors on an industrial scale is likely to happen sooner rather than later. But engineering challenges remain, one of which is that plasmas interacting with air become contaminated quite quickly.”

In addition, the development of accurate sensors can help industries to minimize the output of ultrafine particles from processes, improving air quality as a result, and lessening health risks to those working and living in close proximity to systems producing UFPs.

Dr. Limei Tian’s current project focuses on developing biosensors to detect biomarkers for an acute kidney injury (AKI), where the kidney suddenly stops working normally. This would involve monitoring the concentration of proteins in urine.

Carbon Dioxide (CO2) & Employee Productivity: All You Need To Know

The potentially harmful effects of Carbon Dioxide (CO2) were first proposed by French nobleman and chemist Antoine-Laurent de Lavoisier in 1774. He noticed that when expelled in breathing, it made crowded rooms uncomfortable. Lavoisier thus suggested that too much carbon dioxide was unhealthy.

The wireless, battery-free, biodegradable device doesn’t need to be removed and it can warn a patient’s doctor if there is a blockage.​