“In principle, we can now scale semitransparent organic solar cells to two meters by two meters, which brings our windows much closer to reality,” said Stephen Forrest, the Peter A. Franken Distinguished University Professor of Electrical Engineering and corresponding author of a study published in Joule.

Traditional silicon-based solar cells are completely opaque, which works for solar farms and roofs but would defeat the purpose of windows. However, organic solar cells, in which the light absorber is a kind of plastic, can be transparent.

Organic solar cells have lagged behind their silicon-based cousins for energy-producing purposes due to engineering challenges such as low efficiency and short lifespans, but recent work out of Forrest’s lab has achieved record efficiencies of 10% and estimated lifetimes of up to 30 years.

So the team has turned its attention to making transparent solar cells manufacturable. A significant challenge is creating the micron-scale electrical connections between individual cells that comprise the solar module. Conventional methods that use lasers to pattern the cells can easily damage the organic light absorbers. 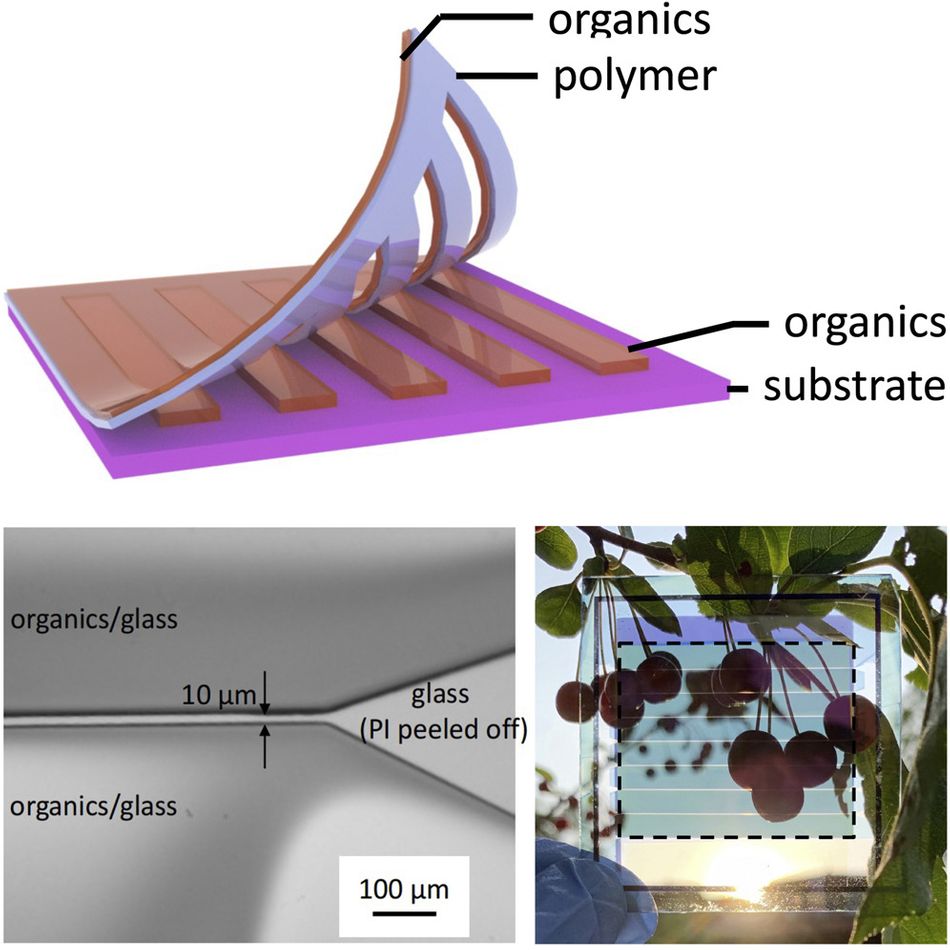 Instead, the team developed a multistep peel-off patterning method that achieved micron-scale resolution. They deposited thin films of plastic and patterned them into extremely thin strips. Then, they set down the organic and metal layers. Next, they peeled off the strips, creating very fine electrical interconnections between the cells.

The group connected eight semitransparent solar cells, each 4 cm x 0.4 cm and separated by 200µm-wide interconnections, to create a single 13 cm2 module. The power conversion efficiency of 7.3% was approximately 10% less than for the individual solar cells in the module. This small efficiency loss does not increase with the size of the module; hence, similar efficiencies are expected for meter-scale panels as well. With a transparency nearing 50% and a greenish tint, the cells are suitable for use in commercial windows. Higher transparencies that are likely preferred for the residential market are easily achieved by this same technology.

“It is now time to get industry involved to turn this technology into affordable applications,” said Xinjing Huang, U-M doctoral student in applied physics and first author on the published research.

Eventually, the flexible solar cell panel will be sandwiched between two window panes. The goal for these energy-generating window films is to be about 50% transparent with 10%-15% efficiency. Forrest believes this can be achieved within a couple years.

“The research we are doing is derisking the technology so that manufacturers can make the investments needed to enter large scale production,” Forrest said. 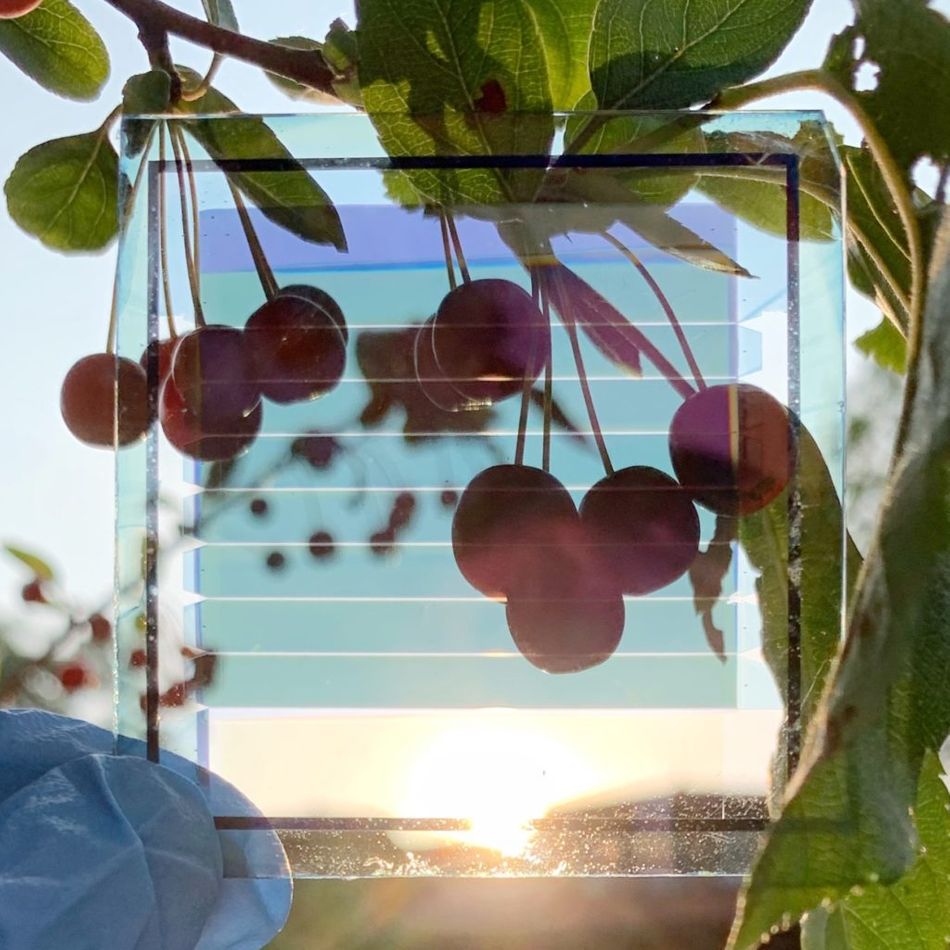 The technique can also be generalized to other organic electronic devices, he says. And in fact, his group is already applying it to OLEDs for white lighting.

The University of Michigan has applied for patent protection and is seeking partners to bring the technology to market.

Forrest is also the Paul G. Goebel Professor of Engineering and professor of electrical and computer engineering, materials science and engineering, physics and applied physics. Co-authors Huang and former doctoral student Dejiu Fan (PhD EE 2020) designed and conducted the experiments. Co-author and assistant research scientist Yongxi Li assisted in the fabrication of the devices, which was accomplished in the Lurie Nanofabrication Facility.

An interdisciplinary team from four universities are developing a new class of semiconductors for novel artificial photosynthesis and the production of clean chemicals and fuels using sunlight, as part of a DoD MURI