In the world of mobile robotics, you can do three things:

A mobile chassis can maneuver through its environment. Cameras and sensors can enable a robot to perceive the world. But in order to interact with its surroundings, the robot must be equipped with manipulators and end effectors.

In this article, we discuss our dual-arm Highly Dexterous Manipulation System (HDMS). We also discuss the capabilities and applications of dual-arm mobile robots, the importance of interoperability as a requirement for today’s mobile systems, and the numerous applications that dual-arm systems can efficiently and effectively perform.

A single-arm robot can be advantageous for specific tasks, but a two-armed system provides military and civilian users with agile, human-like control over their environment — especially when it comes to dull, dirty and dangerous missions

One of the main benefits of a our dual-arm robot is its dexterity. The HDMS is available in multiple configurations, including 11, 15 or 16 degrees of freedom (DoF) that meet or exceed the dexterity of a human arm. 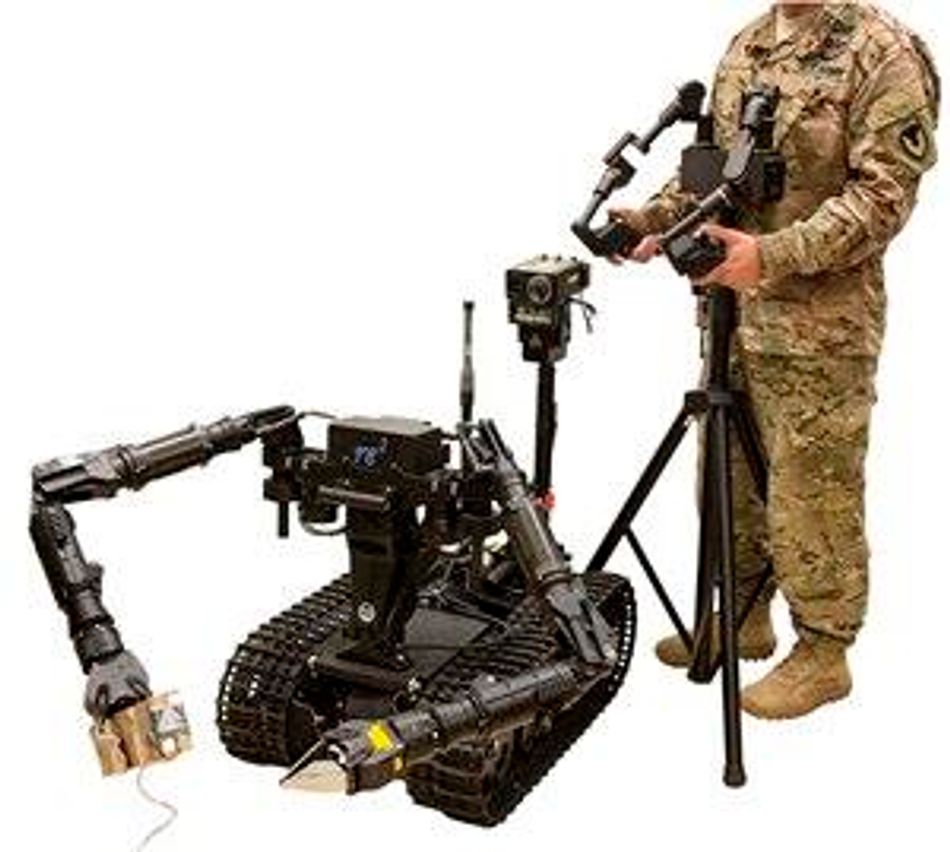 The system is flexible and configurable, allowing for both the dexterous manipulation and precision placement of objects, essentially serving as an extension of the human who is controlling it. Because each arm operates independently via our Imitative Controller, tasks that would be difficult or even impossible for a single-arm robot to complete can be accomplished with the HDMS. For instance, a two-arm robot can pull items apart, remove the cap from a bottle, lift heavier weights with two arms, and brace itself with one arm while performing tasks with the other — even under harsh conditions.

The HDMS features dual robotic manipulator arms and a moveable humanoid torso that can be mounted onto a variety of third-party robotic platforms. The system’s ability to mimic human interaction provides numerous benefits for military, civilian and industrial users.

• Reliable through the use of proven, commercial off-the-shelf components.

• Compatible with open architecture that allows the system to be mounted onto any JAUS or ROS-based robotic platform.

• Compatible with the U.S. Army’s Interoperability Profiles (IOP), which allows the system’s end effectors to be reconfigured through hot swappable payloads

Our HDMS is designed with two identical arms to ensure modularity, simplify development, gain economy of scale, and aid in ease of repair. The system can be configured as 11 DoF, 15 DoF, and 16 DoF systems. HDMS’ human-like dexterity allows a user to perform a variety of complex and dangerous tasks from a safe and remote distance. 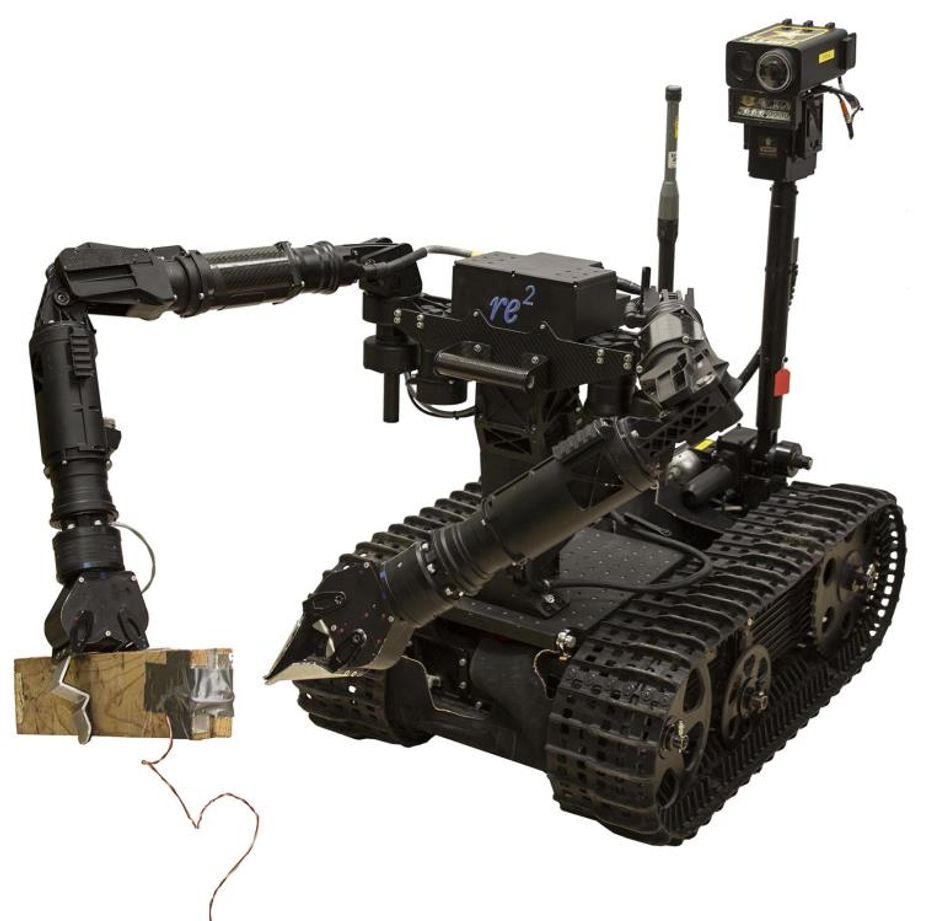 The 11-DoF HDMS system weighs under 40 pounds, but can lift 120 pounds—nearly triple its body weight. The robot is specifically designed to minimize power consumption during heavy lifting. This is accomplished by maximizing the use of strong joints, thereby reducing the number of joints that are used to perform a given task.

Accepts a Variety of Payloads

Because HDMS has more payload ports than a single-arm system, users can add extra payloads, such as cameras, imaging sensors, navigation and communication systems. The ability to configure HDMS with a variety of payloads from different manufacturers further enhances the usability of the system.

HDMS is a modular system. It is vehicle independent and can be integrated onto a variety of mobile robotic platforms. HDMS is also end-effector independent. It features a Quick Release technology, which allows end effectors at the end of a robotic arm to be changed — a vital benefit when users are operating under harsh conditions in the field. Quick Release technology allows users to swap out tools that are catered to specific tasks. This makes the system efficient and versatile and future capabilities can be integrated.

HDMS integrated onto a Clearpath™ Husky UGV and a Qinetiq North America Talon.

Traditional methods that control each joint of a manipulator independently, such as dial and switch controllers or gaming controllers, are not practical for effectively and efficiently controlling highly dexterous manipulators. Add in a second arm and traditional control methods become obsolete. Control of HDMS is achieved using our Imitative Controller technology, which provides highly intuitive command of dual-arm manipulation systems. The Imitative Controller is essentially a “puppet master,” allowing the user to move a scaled model of the robot’s manipulators. 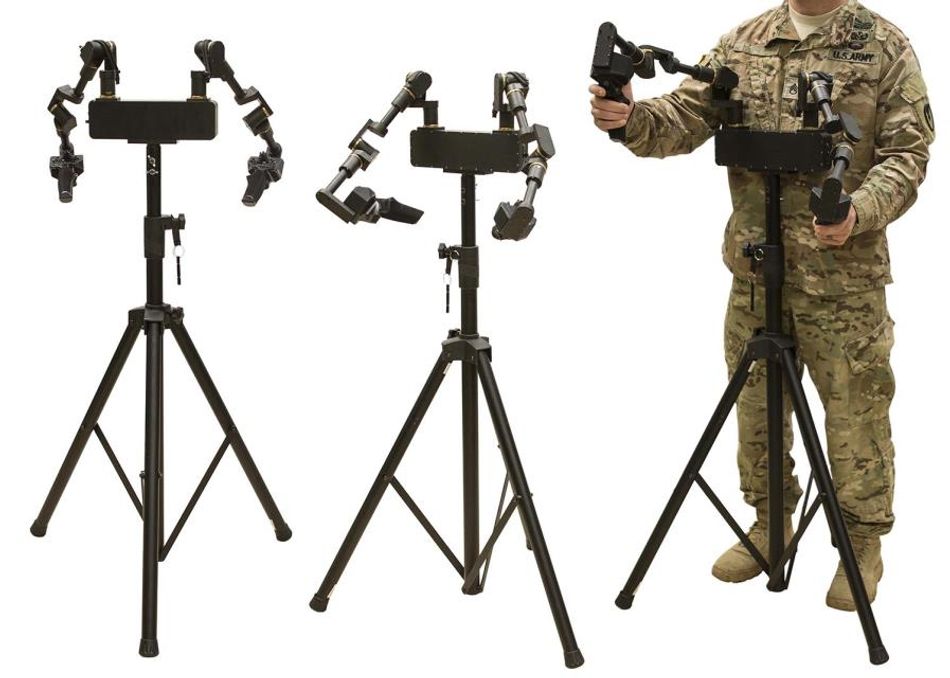 Robotic systems for explosive ordnance disposal (EOD) operations typically include a single manipulator to perform critical tasks such as the inspection, detection, and neutralization of explosive devices. These manipulators are often limited in their dexterity, reach and lifting capacity. For instance, if an EOD team encounters an IED inside a bag, a single-arm robot would need to use force to open the bag and explore its contents, making detonation more likely. A dual-arm robot, on the other hand, would be able to unzip the bag and remove its contents more gently, preserving evidence and reducing risk to military personnel. Moreover, EOD missions are typically conducted by technicians wearing blast suits that can weigh nearly 100 pounds. These suits are difficult to move in and may even induce heat stress. HDMS decreases these concerns by allowing soldiers to execute dangerous missions and neutralize threats from a safe, considerable distance, preserving the evidence and, most importantly, human life. 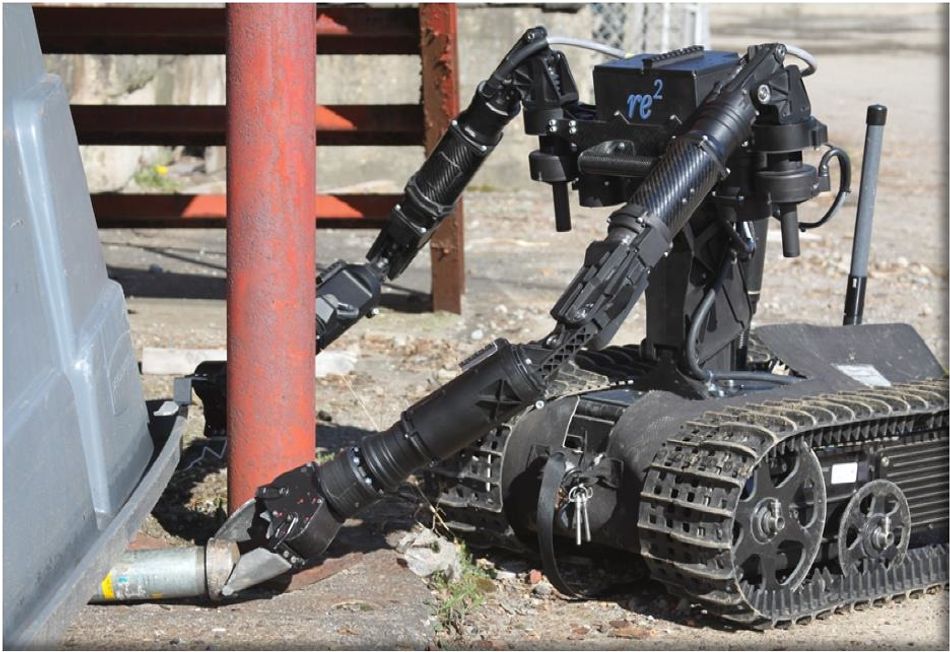 Unfortunately, the devastating effects of IEDs are not limited to ground warfare. EOD divers are often placed in harm’s way while performing the underwater location and identification of IEDs on vessels, bridges and piers. As such, in addition to the detection and disposal of IEDs on the ground, we are developing both electromechanical and inflatable Underwater Dual Manipulator systems for the U.S. Navy’s Office of Naval Research (ONR). In effect, we are now adapting its ground-based electromechanical manipulation technology for use in a marine environment. We are developing underwater systems that are lightweight, low-cost and easily deployable in the field as a payload for Unmanned Underwater Vehicles (UUVs). Ultimately, these underwater manipulator arms will be used as a collaborative robotic system to assist EOD divers in dismantling IEDs and other hazards. 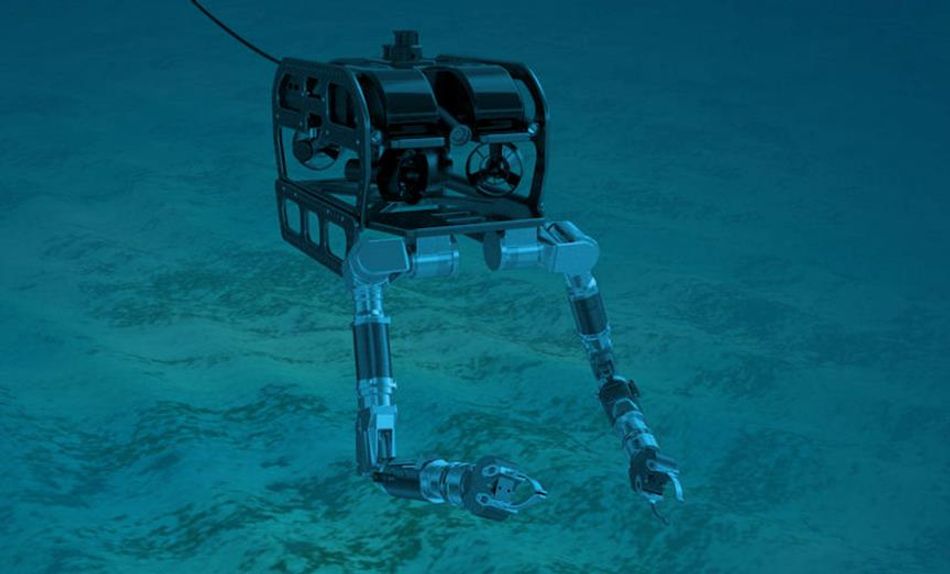 In addition to EOD, the HDMS may eventually be used for other missions, such as Combat Engineering and Chemical, Biological, Radiological, Nuclear, Explosives (CBRNE) operations. Moreover, there is potential for HDMS to be used in commercial industries that require remote operation for dangerous tasks, such as hazardous materials handling, or offshore and surface oil and gas inspection.

This article is part of a series on Mobile Manipulation by robotics company RE2 Robotics.

A young DTU researcher has brought us one step closer to a kitchen robot that can help with cooking.