For many years, the aerospace industry has been plagued by manufacturing challenges— limited capacity, complex geometries, strength requirements, and temperature resistance requirements, just to name a few.

However, companies in the aerospace industry are quickly realizing the value of additive manufacturing and strategically investing in it for various manufacturing processes.

Additive manufacturing, sometimes referred to as 3D printing, relies on data computer-aided-design (CAD) software to create objects layer by layer. The process is capable of utilizing a wide range of materials, such as:

The aerospace and defense industry was an early adopter of additive technology and is now one of the market’s biggest contributors, accounting for roughly 18% of its global revenue in 2018.

According to MarketsandMarkets.com, the aerospace 3D printing market is projected to grow beyond $3 billion by 2022 due to the growing demand for lightweight 3D printed parts for aircraft engines. It is also a pioneering sector for additive manufacturing and is paving the way to serial production.

In 2018, GE was able to reduce the components in a civilian turboprop engine from 855 down to 12 via 3D printed parts, cutting its weight by 100 pounds, improving fuel efficiency by 20%, and increasing its power by 10%—all while reducing maintenance costs.

Additive technology offers a level of precision that previous manufacturing techniques are incapable of matching, allowing for more intricate designs. The resulting one-piece printed parts are also stronger and less prone to breakage, as there are no joints.

Coupled with CAD software, 3D printing has paved the way for lighter-weight components that require fewer parts. That consolidation cuts costs and lead times, streamlining the manufacturing process while improving the quality of its output.

While 3D printed parts have long been used in non-critical applications in the aerospace industry, all safety-critical parts require U.S. Federal Aviation Administration (FAA) certification to fly in U.S. air space. Achieving this certification has been a primary roadblock standing in the way of the additive technology revolution in aircraft construction, but the road is clearing.

In August 2020, Honeywell’s #4/5 bearing housing became the first 3D printed safety-critical engine part to receive FAA approval. While the bearing housing is part of a mostly obsolete aircraft—the Dassault Falcon 20G—it demonstrates that additive manufacturing has the capacity to meet even more of the aerospace industry's needs and paves the way for more flight-critical parts to take to the skies. 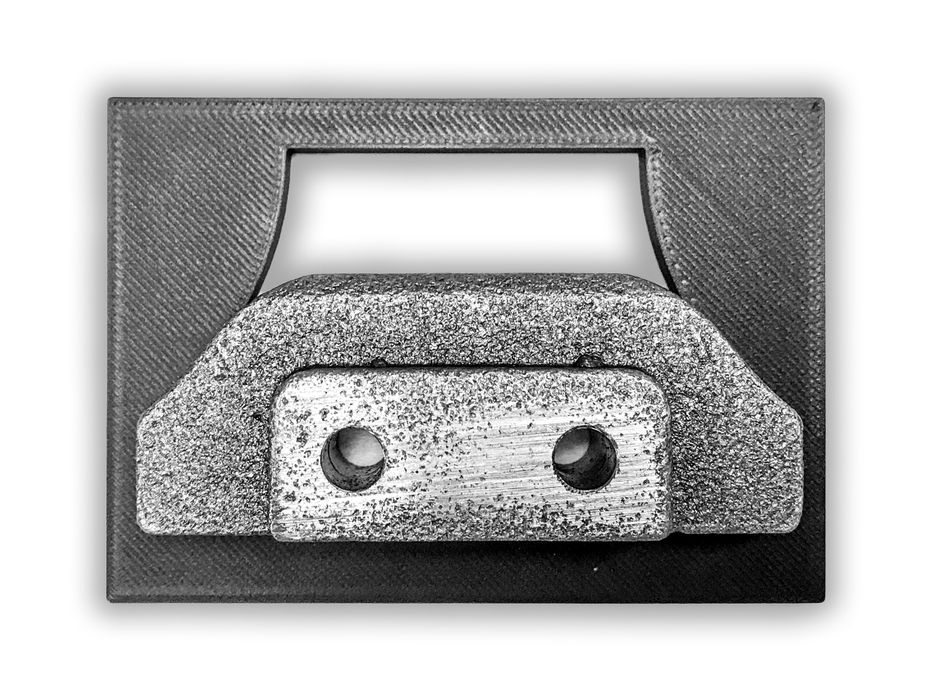 A Driving Force for Change in Aerospace & Aviation Manufacturing

The Simplicity of Workability and Reduced Waste

Although the materials used in added substance measures are more expensive, the decreased material waste and cost savings resulting from a simplified supply chain make up for the material expenses.

It also permits progressive complexity. Designers can plan multi-scale constructions from the microstructure through the mesostructure (scale sizes in the millimeter range) to the macrostructure.

The aeronautics industry produces around 2% of all human-initiated carbon dioxide (CO2) emissions worldwide. Aeronautical flights are liable for 12% of CO2 emissions from all vehicle sources, contrasted with 74% from street transport.

3D printed parts offer a way to reduce this impact, as they allow for lighter planes, which use less fuel.

Several metals are cornerstones in aerospace applications, such as light titanium composites and warmth-safe super-compounds. They are complex, costly, and generally troublesome.

3D printing can produce jigs and fixtures at a much lower cost than traditional manufacturing methods. For the aerospace industry, this means that tooling can be quickly manufactured to produce low to medium runs of parts at a fraction of the price. With 3D printing, aerospace engineers don't have to take risks on high-cost tooling.

3D printing can produce surrogates, or placeholder parts, used throughout production to represent the final assembly, with more accuracy and less cost than other traditional manufacturing methods.

Mounting brackets are low-volume metal brackets that are used to structurally attach life-saving equipment to an aircraft's interior walls. 3D printing commonly produces these for the aerospace industry.

In April 2015, GE Aviation received permission from the FAA to use a 3D-printed part in a commercial jet engine. The part produced, a sensor housing, is now being used in more than 400 GE90-94B engines on Boeing 777 jets.

The Boeing Company is an American global organization that plans, produces, and sells planes, rotorcraft, rockets, satellites, broadcast communications gear, and rockets worldwide. Boeing is working on using 3D printing to make parts for its 787s.

Airbus made history in 2014 when the first commercial airliner took to the skies with the first 3d printed metal part, a simple titanium bracket. Airbus found that every kilogram saved prevents 25 tons of C02 emissions during the lifespan of the aircraft. Since then, Airbus SE received the most orders in 2019 and surpassed its rival Boeing.

NASA & Made in Space

NASA has entered into a $73.7 million agreement with Made in Space to collaborate to produce parts. 3D printing is solving a number of logistical and repair challenges that NASA faced onboard the international space station and provides an excellent case study for future trips to the moon and beyond.

The Commercialization of Additive Manufacturing

Many fabricators, such as The Federal Group USA in Michigan, have even received grants that have allowed them to enter the ALM space more rapidly. With the ability to produce high-tolerance parts and rapid prototypes at a significantly lower cost, 3D printing is quickly becoming one of the cornerstones of the Industry 4.0 movement.

Adam Hodson is a writer and content creator with a focus on manufacturing, the marine industry, and the aerospace industry.

Injection molding vs 3D printing: Which one should you choose?

What are the differences between injection molding and 3D printing? Discover which manufacturing technique is best for your project.

8 Reasons Why You Should Use 3D Printing for Jigs & Fixtures

Jigs, grips and fixtures are used in manufacturing to ensure that component parts can be produced accurately over many cycles or iterations. The jig supports and holds a workpiece in place, while guiding a machining or cutting tool as it carries out a specific task.