Failure to remove rocks scattered through farmland can damage expensive machinery; unfortunately, the process of removing rocks from soil can be labor-intensive, costly, and dangerous to workers. To make matters worse, rock picking is often an annual endeavor because between tilling, erosion, and frost heaving, new rocks are pushed up to the surface every year.

TerraClear’s founder, Brent Frei, has had former fame outside of the farm (in the software realm) where he founded hugely successful companies like Onyx Software and Smartsheet.  Both companies have since conducted initial public offerings and reached “unicorn” status, boasting market capitalizations of over $1B USD. But how does a bona fide software CEO get into the farming business?

Frei’s background in agriculture is deeper than you might guess. He grew up working on his family’s farm in Idaho and after exiting from his role at Smartsheet, he returned to farming full-time with his family. During Frei’s first summer back at the family farm, the backbreaking manual labor of picking rocks to clear farmland motivated him to try and build an automated solution to the problem––and that is how TerraClear was born.

TerraClear is a robotic rock-picking arm that mounts to the front of a standard skid-steer loader which can pick up rocks ranging from 6” to 24” in diameter in a 3’ wide picking swath. TerraClear can carry over 1500lbs of rocks and removes up to 400 rocks per hour. Currently, the arm is manually operated, but TerraClear is developing a version that uses autonomous hydraulic controls supported by computer vision to remove rocks from the soil without human intervention. 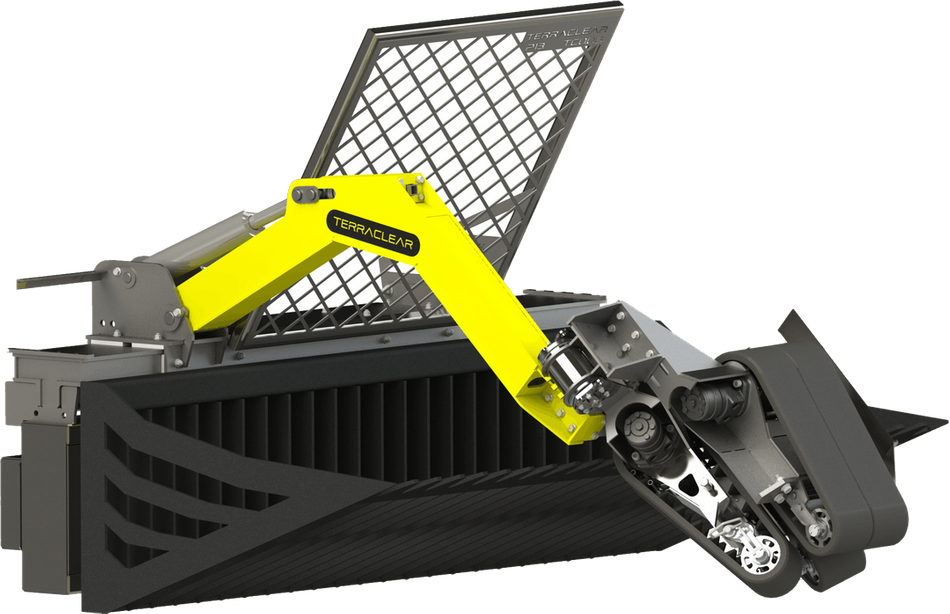 TerraClear bolsters their rock removal technology with advanced surveys conducted by drones that fly over the farmland to produce a map of rock locations and sizes. These rock maps help farmers to identify areas of interest for rock removal. Between TerraClear’s rock removal and rock surveying technologies, a once cost- and labor- intensive job for farmers is simplified to the easy task of driving a skid loader around their field.

There has been a surge of robotics and AI technologies in the agriculture space that aim to automate all sorts of complex tasks from harvesting to weeding and sorting, but none have focused on the mundane problem that is rock picking. TerraClear leverages proven technology to reduce the time & cost that farmers have to invest to remove rocks and get their fields ready for planting.

“there are more than 400 million arable acres worldwide that have been waiting for a cost-effective and productive solution to this problem. Repetitive tasks like this are optimal targets for automation, and the technologies we are bringing to the field dramatically reduce the labor and time needed to prep fields.”

👋🏼 Hi, I’m Daniel Scott Mitchell. I'm an entrepreneur, engineer, and a lifelong learner. I've helped to build and launch products at Tesla, Rivian, Formlabs, and startups. I host the Next Byte Podcast with Farbod in collaboration with Wevolver. You can find me on the web at links.danielmitchel... learn more