Swissloop Tunneling’s project is the conduction of research on and the construction of new and innovative tunneling solutions. During the last year the Swissloop Tunneling team designed and built their first tunneling machine. With its unique steering mechanism and progressive tunnel lining system, the tunnel boring machine is more agile than conventional solutions and able to 3D-print the tunnel tube while continuously moving forward. This is something that has never been done before. 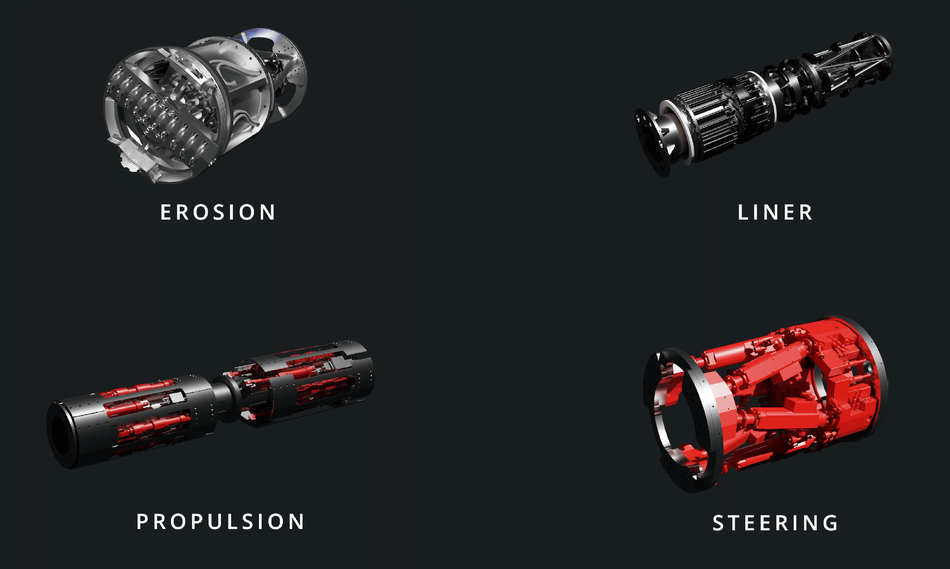 The erosion system cuts out large stones using the customary designed cutting wheel. Subsequently, it crushes those stones to smaller sizes (1-2 centimeters) using the cone crusher. The tungsten-carbide coating ensures longevity and enables the crusher to get a better grip. In the last step, all the slurry is washed out of the erosion chamber using 10bar water pressure and a Venturi vacuum pump which can be found in the back of the machine. With a torque of 8.5kNm, a rotation speed of 27 rpm and a pushing force of 100kN Swissloop Tunneling is prepared for any soil conditions that could come the tunnel borings’ way.

The steering mechanism allows us to overcome obstacles and even dig curved tunnels. For this system an innovative custom-made hydraulic hexapod system is used. With six hydraulic high-precision cylinders it is possible to move the cutter head in six degrees of freedom. With the custom-made software, Swissloop Tunneling can put the machine in jackhammer mode, allowing for strong vibrations through frequencies as high as 20Hz.

To create a tunnel wall, a special polymer 3D-printer, the liner system, is built into the machine. Using tough glass fibre lamellas and a two-component polymer mix, it is possible to create a 15mm thick and highly reliable tunnel wall to ensure structural integrity along the whole length of the tunnel.

In the propulsion section sixteen coordinated, high-performance hydraulic cylinders press bracing plates against the tunnel wall (radial clamping) in a continuous fashion. This allows uninterrupted movement and a propulsion force of up to 200kN.

Swissloop Tunneling aims at conquering the problems in infrastructure building, more precisely in tunneling to make Hyperloop possible in the future, as one must first increase tunneling speed and reduce tunneling costs to build large-scale Hyperloop networks.

Hyperloop is a new form of transportation that seeks to overcome todays’ issues of conventional mobility systems. It consists of a pod-like capsule that is levitating inside vacuum tubes, accelerating across the country at high speeds, being inexpensive for goods and people. The technology is more sustainable and with the targeted speeds of over 1000 km/h (600mph) faster than high-speed trains and airplanes.

Currently, the Hyperloop concept is impossible to realize in areas where tunneling is required:  One of the most significant issues in tunneling are the major costs and challenging logistics. The boring machines and the prefabricated concrete elements (tubbing) that make up the tunnel lining are heavy and need to be transported over hundreds of kilometers to the digging site. Most of the conventional tunnel boring machines are restricted to discontinuous working due to the placement of these prefabricated concrete elements.

Current large tunnel boring machines (which would be used for road construction) are not standardized and too expensive for the hundreds of kilometers of tunnels needed for large-scale Hyperloop networks. Furthermore, pipe jacking, which is the standardized solution, used for shorter tunnels with smaller diameters, is not scalable to the Hyperloop diameters of approximately 4 meters. Therefore, Swissloop Tunneling is developing small scale tunneling machines with innovative processes that can be scaled up to these dimensions in the future.

Swissloop Tunneling's vision is to revolutionize the tunneling industry, making tunneling more sustainable, affordable and faster. The goal of our first tunnel boring machine is to increase speed and validate our processes which will significantly reduce tunneling costs in the future. 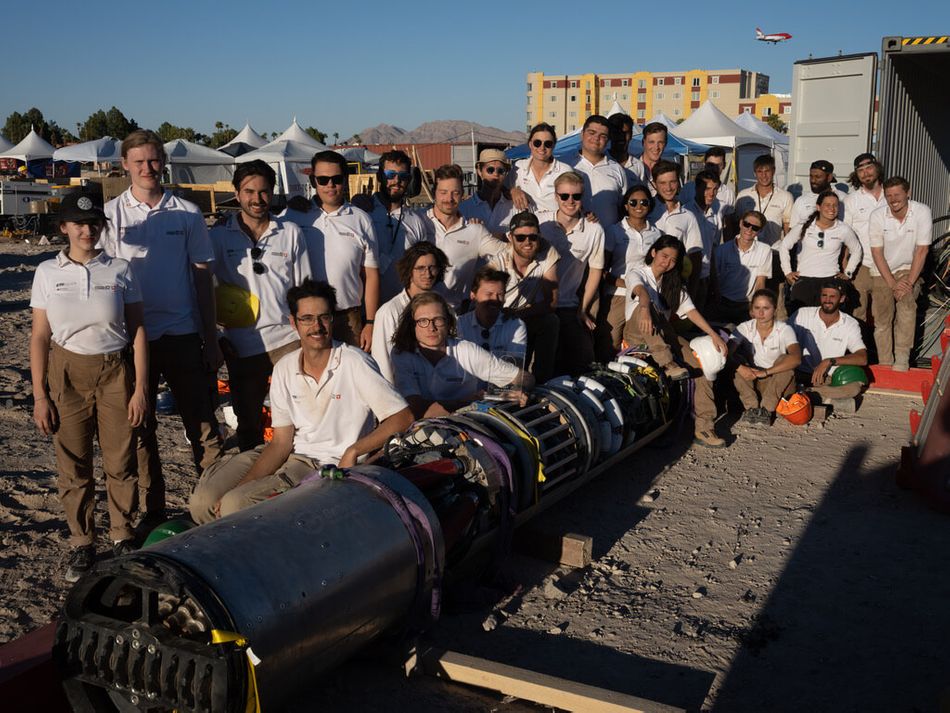 Revolutionizing the tunneling industry. We are the official student team of ETH Zurich to compete in Elon Musk‘s Not-A-Boring-Competition. Our vision is to spearheads the research on infrastructure which allows the (Hyper)loop concept to become reality. To accomplish this goal, we developed our in... learn more

FSB Racing Team is a student project, operating under the Croatian Student Association of Engineering Faculties. Founded in 2003 at the University of Zagreb’s Faculty of Mechanical Engineering and Naval Architecture, the team’s task is the design, development, and manufacturing of a formula-like single-seater race car aimed at taking part in Formula Student competitions.