The flight demonstrator of the project FLEXOP at the Special Airport Oberpfaffenhofen. Image: F. Vogl / TUM

In a joint effort by the Technical University of Munich (TUM) and the German Aerospace Center (DLR), researchers have successfully developed new technologies for lighter aircraft wings that are still extremely stable. These innovative wings could soon make flying both greener and more cost-efficient. Known as aeroelastic wings, on Tuesday they made their successful first flight at the airfield in Oberpfaffenhofen.

Wings with a wider wingspan and less weight also have less air resistance and better energy-efficiency. Optimized lift behavior could save kerosene and thus reduce both emissions and costs. The limiting factor for building wings like these is the aerodynamic phenomenon known as "flutter". Aerodynamic drag and wind gusts result in continuously increasing wing vibration, similar to a flag in the wind.

"Flutter leads to material fatigue and can even go as far as ripping off the wing," explains Sebastian Köberle, research associate at the TUM Professorship for Aircraft Design. Although every wing begins to flutter at a certain speed, shorter and thicker wings have higher structural rigidity and thus higher stability. Making wings that have a wider wing-span and are still exactly as stable and add much more weight.

In the European project FLEXOP (Flutter Free FLight Envelope eXpansion for ecOnomical Performance improvement) scientists from six countries are therefore working on new technologies which can bring flutter under control and at the same time make it possible to build lighter wings. Daniel Teubl (l.) and Julius Bartasevicius (r.), students at the Chair for Aircraft Design, fetch the parked flight demonstrator from a hangar at DLR's Oberpfaffenhofen site to jack it up and make the final adjustments before the test.Image: F. Vogl / TUM

The TUM researchers are responsible for the conceptual design and execution of the test flights. The tests are to demonstrate the actual behavior of the two innovative wing designs developed in the project: The aeroelastic  wing and the flutter wing.

Here the TUM scientists first built a three-and-a-half meter long, seven meter wide flight demonstrator in which they integrated the systems provided by the European partners. Using reference wings configured especially for this purpose, the researchers then worked to make the flight demonstrator automatically fly a predefined test flight path. They figured out the optimum settings and developed manuals and checklists for the test flights. "The flight demonstrator is supposed to fly so fast with the new wings that they would theoretically have to flutter," says Köberle. "When flying at such high speeds we have to be absolutely sure that nothing goes wrong."

The aircraft has to be visible from the ground at all times, so that the researchers can intervene in case of an emergency. This means the flight maneuvers have to be performed within a tight radius of only one kilometer.

After completion of the complex preliminary work, on Tuesday a test flight with the innovative wing could be conducted for the first time. "Up to now everything has worked out just as we expected it to," says Köberle. "Now the data evaluation starts."

The wing, which took off for the first time at the Oberpfaffenhofen airfield, is the aeroelastic optimized wing developed by the DLR in collaboration with Delft University of Technology and is made of carbon fibers. A special alignment of the fibers when making the wing let the researchers influence its flexural and torsional behavior. "If the wing is bent by the force of the air, it turns at the same time, avoiding the force of the wind," says Wolf-Reiner Krüger from the DLR Institute of Aeroelasticity in Götting. Dr. Christian Rößler next to the flight demonstrator in front of the ground control station.Image: F. Vogl / TUM

The second super-efficient wing developed in the project is referred to as the "flutter wing", designed by TUM and made of fiberglass. When flutter occurs, the outermost flaps are deployed, functioning as dampers. "The integrated active flap controls developed at DLR significantly increase the possibilities for a much lighter design," says Gertjan Looye from the DLR Institute of System Dynamics and Control in Oberpfaffenhofen. Looye is responsible for coordinating the DLR portion of the project.

A second flight control system is being developed by the Computer and Automation Research Institute of the Hungarian Academy of Sciences (MTA SZTAKI). The project director Bálint Vanek of MTA SZTAKI adds: "A wing like this could make it possible to transport 20 percent more freight or use seven percent less fuel." Since the technology involved is very complex, the tests on this wing will not be conducted until a later point in time.

FROM DEMONSTRATOR TO PASSENGER AIRCRAFT

The wing is intended to do more than just take off on the flight demonstrator: In a further step the results of the project are to be transferred to the design of transport and passenger aircraft. 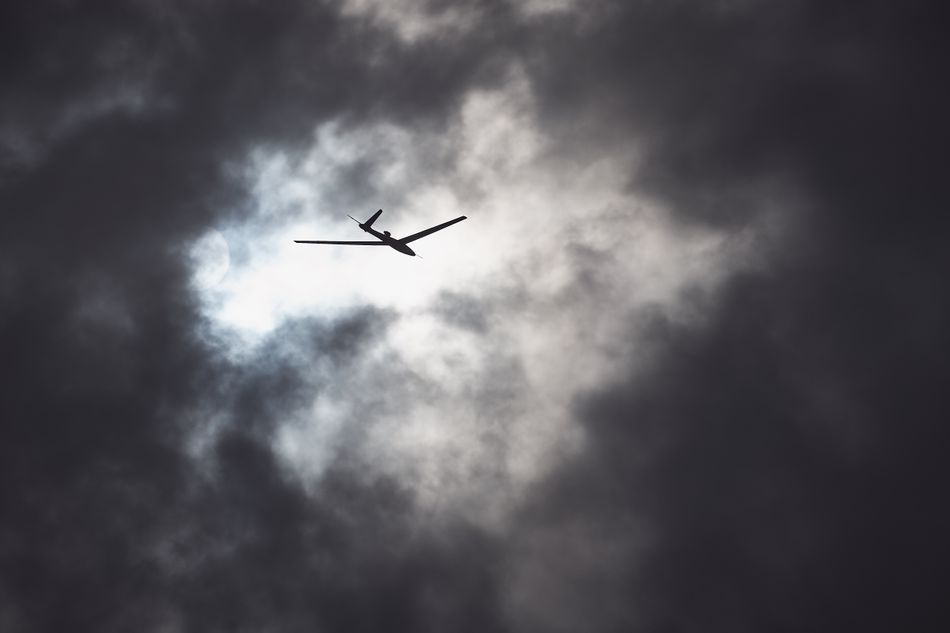 The estimated altitude in this phase is 130m. An altitude of 300 AGL (above ground level) should not be exceeded.Image: F. Vogl / TUM