NASA Astronaut Barry (Butch) Wilmore holds a ratchet wrench created in 2014 with the 3D printer aboard the International Space Station using a design file transmitted from the ground. Credits: NASA

The International Space Station has continuously been home to astronauts for more than nineteen years. Astronauts conduct scientific research using dozens of special facilities aboard the space station, which also provides them with a place to eat, sleep, relax and exercise. To make all of this possible requires sending more than 7,000 pounds of spare parts to the station annually. Another 29,000 pounds of spaceflight hardware spares are stored aboard the station and another 39,000 on the ground, ready to fly if needed.

This logistics support system works well for a spacecraft that is orbiting 250 miles above Earth and readily accessible to cargo resupply missions. It is not practical for future missions to the Moon and Mars, however. Astronauts on these long voyages need to be able to make their own spare parts, tools and materials essentially on demand – both for routine needs and to adapt quickly to unforeseen ones. In-space manufacturing (ISM) using 3D printing technology could be an answer.

The project sent the first 3D printer to the space station in 2014. Developed by Made in Space, this printer used a fused filament fabrication (FFF) process, feeding a continuous thread of plastic through a heated extruder and onto a tray layer by layer to create a three-dimensional object. The 3D Printing in Zero G investigation produced dozens of parts, which researchers analyzed and compared with those made on the ground. Analysis revealed that microgravity had no engineering-significant effects on the process, demonstrating that a 3D printer works normally in space and paving the way to new logistics systems for long duration missions. 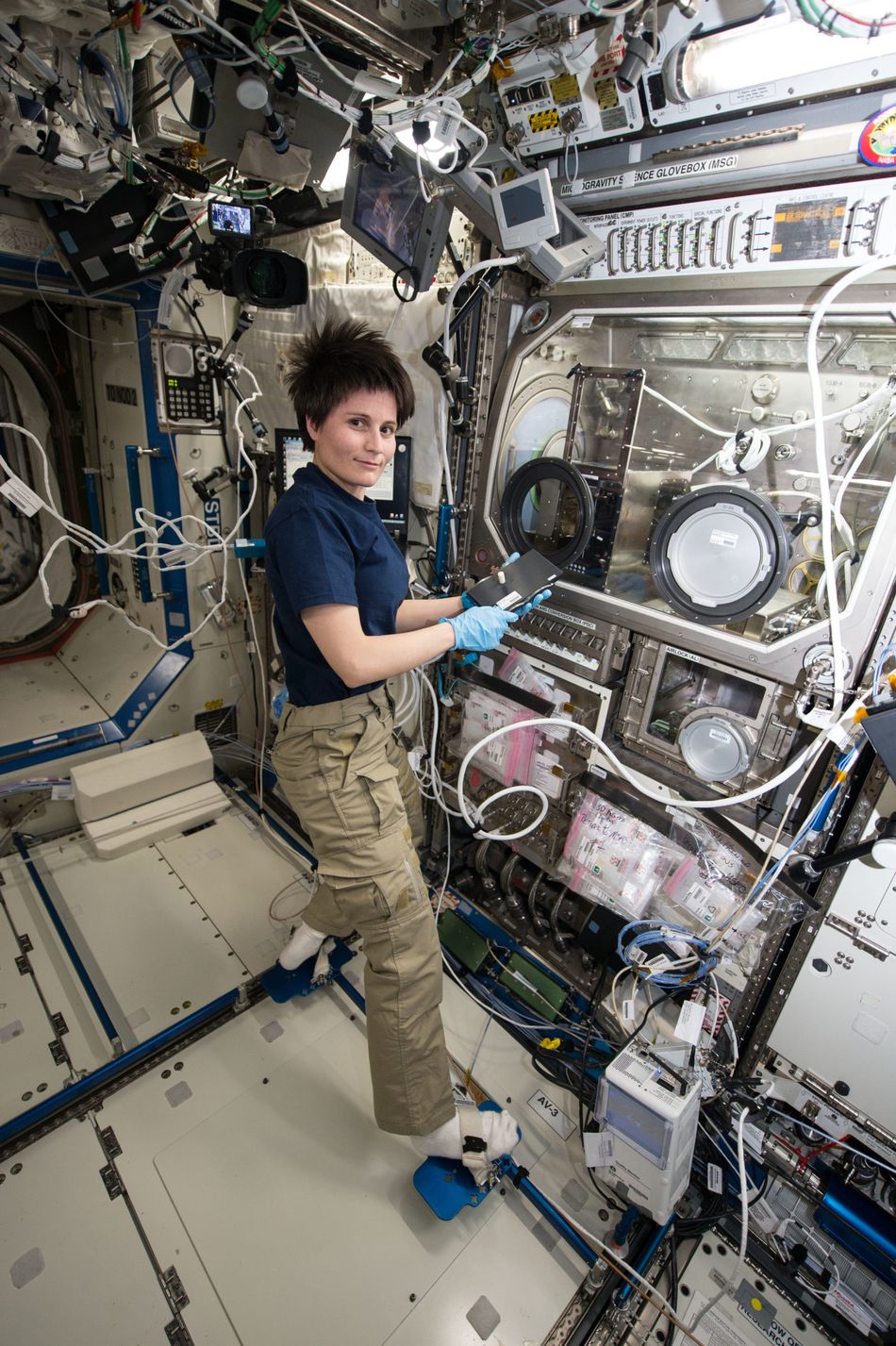 “Our current hypothesis based on work so far is that this particular 3D printing process is not affected in a significant way by microgravity,” said co-investigator Tracie Prater, a materials engineer at MSFC. “There were some differences in the flight and ground specimen sets, which are likely attributable to the inherent variability in subsequent builds common with additive manufacturing processes. As with any process, it is important to have good process control. The idea with the technology demonstration was to show that you can do this in microgravity, and the only way to test that was operating over time on station.”

Made in Space then developed the Additive Manufacturing Facility (AMF), which can print using a variety of materials, including engineered plastics. A second investigation, AMF-ABS Design Values, created parts with this printer on the space station, again for comparison with those made on the ground. “We printed a number of specimens and are in the process of writing the analysis,” Prater said. “We took a different testing approach, looking at the effect of filament layup on properties and consistency of the part. One challenge is that there really are not firm standards for how to test 3D printed materials, but various organizations, including NASA, are working on test procedures.”

One of the first parts printed on the space station during 3D Printing in Zero G, a wrench, demonstrated it was possible to remotely send a design from the ground to a manufacturing system more than 200 miles above. In addition to its test runs, the AMF has printed several functional items, including an antenna part, an adaptor to hold a probe in an air outlet on the station’s oxygen generation system, and a part to connect two SPHERES, free-flying robots used for research on the space station.

Using recycled material for printer feedstock could save future long-duration exploration missions from having to carry a large supply of material for 3D printing. Recycling also could make use of material that otherwise would represent a nuisance or a trash disposal issue on these missions. As a step toward that capability, the ReFabricator investigation demonstrates technology developed by Tethers Unlimited to recycle waste plastic materials, including previously printed items, into high quality 3D-printer filament. It began operations on the space station in February of 2019.

“That’s an important part of the program, repurposing material you have rather than having to send up more feedstock,” Prater said.

Recently, the Made in Space Recycler launched to the space station for an investigation into which materials are most effective for recycling into 3D printing filament and which ones can hold up over multiple uses without degrading. This investigation is funded and flown through ISS National Lab.

The ISM Project also is working on developing higher-strength plastics and scaling processes that use metal to the size and power constraints of the space station. “If you look at parts you might need for on-demand manufacturing of spares on exploration missions, many are metal, so that is the next big push,” Prater said.

Another challenge is on-orbit inspection of parts made in space, she said. “If you’re going to use a part, you need to know that it meets the requirements for its intended use.”

Ultimately, ISM is critical for future exploration missions, and testing these manufacturing systems on the space station paves the way to allow those missions to be more independent of Earth. With the project’s many commercial partners, it also represents an important aspect of NASA’s low-Earth orbit commercialization initiatives. Not to mention it frees up all that space previously used to store spare parts.

Rocket engine nozzles operate in extreme temperatures and pressures from the combustion process and are complex and expensive to manufacture.