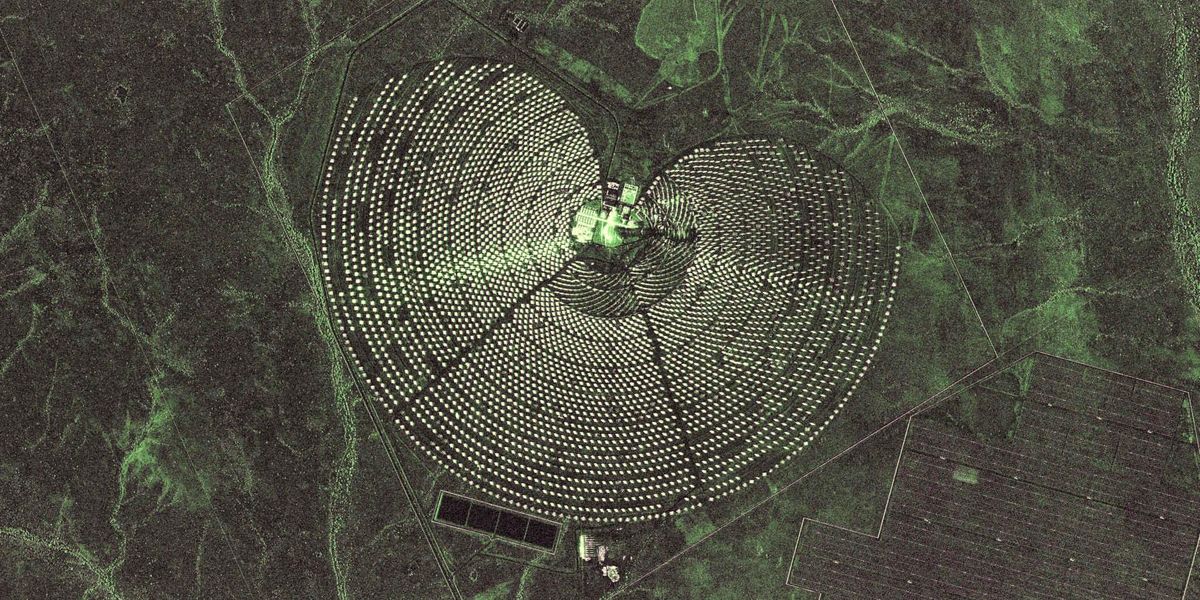 Solar power is becoming an increasingly important source of energy worldwide. At present, photovoltaic systems are predominantly being used in Germany. For sunny countries, solar tower power plants are a valuable addition. They store heat and can generate electricity at any time – even when the sun is not shining.

Solar power is becoming an increasingly important source of energy worldwide. At present, photovoltaic systems are predominantly being used in Germany. For sunny countries, solar tower power plants are a valuable addition. They store heat and can generate electricity at any time – even when the sun is not shining. The new highlight images from the German TerraSAR-X and TanDEM-X radar satellites present unique images of the changing Earth and also show solar thermal power plants around the world.

In solar thermal power plants, movable mirrors, referred to as heliostats, concentrate the sunlight onto a solar tower. The mirrors track the course of the Sun. This creates temperatures of several thousand degrees. A heat transfer medium, usually molten salt, is heated in a heat exchanger located at the top of the solar tower. As soon as electricity is to be generated, the storage tank supplies a steam generator with thermal energy. This creates steam that drives a turbine. The steam turbine is connected to a generator that ultimately converts the kinetic energy into electricity.

A glimpse from space

Solar tower power plants are clearly visible in radar images acquired when the satellite and the Sun are in a favourable arrangement. The German twin satellites, TerraSAR-X and TanDEM-X, orbit Earth together in a sun-synchronous, polar orbit. They pass over the equator at approximately 06:00 and 18:00 every day, at which time sunlight falls on their solar cells and supplies the satellites with electricity. When acquiring scientific radar images, the line of sight of their synthetic aperture radar (SAR) antennas is angled to the side, allowing the satellites to look at the solar mirrors at an angle very similar to that between the mirrors and the Sun. The heliostats reflect transmitted radar radiation back to the satellite. As a result, the mirrors appear very bright in the radar image.

For a better visual representation, DLR's team of experts placed an additional filter over the images, which takes into account the surface roughness of the recorded structures. Smooth surfaces are have a red hue, while rough surfaces appear greenish. The result – these colourful radar images.

The image gallery includes a view of Almería, Spain. The solar research facility Plataforma Solar de Almería (Image 2) is the largest research, development and test centre for concentrated solar technology in Europe. It is owned and operated by the Spanish Centre for Energy, Environmental and Technological Research (CIEMAT). A DLR research group has been based there for over 30 years and is using some of the test facilities to drive innovation and the widespread use of solar energy. 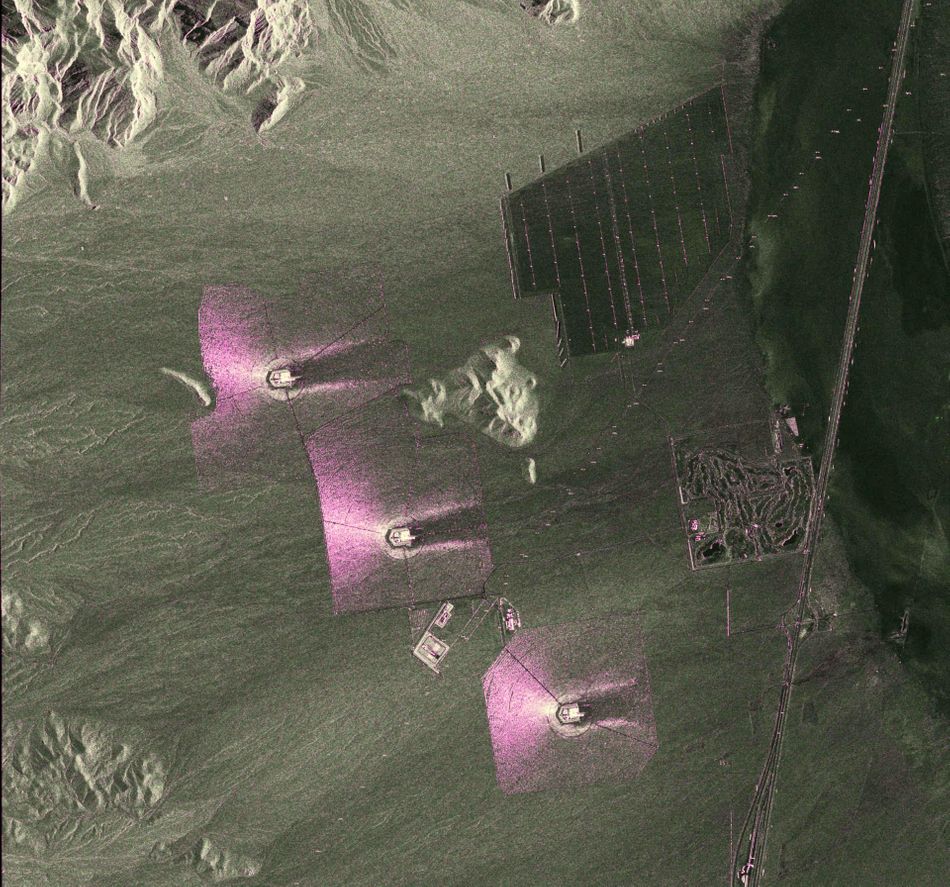 Due to the meteorological conditions and the considerable amount of space required, there are no commercial solar towers in Germany yet. However, DLR operates a test facility for solar thermal power plants and for the development of solar fuels in Jülich. Here, researchers are working on further improving the electricity generation and cost efficiency of these power plants. In the future, locations with high, but so far insufficient, levels of direct solar radiation could also benefit from this. Photovoltaic systems are the main source of solar power in Germany. In 2021, they accounted for around 10 percent of the electricity demand in Germany. This alone saved almost 34.4 million tonnes of carbon dioxide (CO2) – an important contribution to climate protection. The energy crisis only strengthens the appeal of solar power, which is currently also one of the most economical energy sources for generating electricity. So far, 2.2 million photovoltaic systems have been installed nationwide, with a total output of 59 gigawatts and the expansion is steadily progressing.

Analysing the contrails of the future

From space to the road - 10 years of ROboMObil

Surgical robot with DLR technology on the market