The company Atlas Maridan based in Rungsted, north of Copenhagen, develops autonomous underwater vehicles. Most of these underwater vehicles are large and are used to examine the seabed minutely for rocks and other seabed surface conditions before installation of—for example—cables for transmission of energy from offshore wind farms to shore. They are also used to identify if there are any naval mines on the seabed. These are large underwater vehicles measuring 4-5 metres in length and weighing several tonnes.

The company is currently working on the development of a new product, which initially has fishermen as a special target group. It is an underwater drone which is so small that it can easily be carried by a single person. The drone technology is being developed with assistance from Jesper Haahr Christensen—who is employed as an industrial PhD—in a partnership between DTU Electrical Engineering and Atlas Maridan.

“The idea is that the drone can be thrown into the sea from the fishing vessel. It will then itself be able to find its way to shoals of fish near the vessel and determine what kind of fish they are, the number of fish, and their size. With this knowledge, the fisherman—who may be looking for herring—can assess whether it is sensible to fish, or whether he will risk too large a quantity of bycatches of other fish, or that the herring are too small,” says Jesper Haahr Christensen. 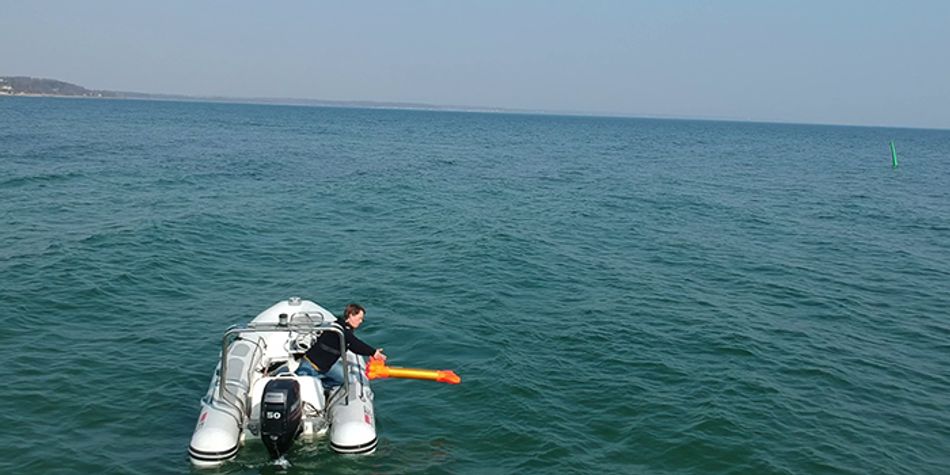 Artificial intelligence
The drone makes use of some of the same technical equipment known from autonomous vehicles. It is equipped with both camera and sonar, which makes it possible to identify the location of a shoal of fish in the sea and to recognize whether they are herring or mackerel.

“We use artificial intelligence to ensure a correct reading of the observations made by the underwater drone. My work is to develop algorithms which can handle the large amounts of data that both cameras and sonars collect from the moment the drone is thrown into the sea. It must be possible quickly to convert the many data into understandable information displayed on a tablet, which the fisherman can read and act on,” says Jesper Haahr Christensen.

The idea is that the development work with the use of artificial intelligence to recognize and represent objects in the sea is subsequently also to be used in the company’s large underwater vehicles. They are equipped with corresponding cameras and sonars to detect objects on the seabed.

“Today, a person studies the many millions of images when our submarine vehicles have minutely sailed over an area of the seabed. They do this to register—for example—rocks or any mines. In future, we wish to automate this task,” says Lars Valdemar Mogensen, Head of Department in Atlas Maridan.

Jesper Haahr Christensen’s development work was initiated already during his studies at DTU, where he wrote his Master’s thesis in collaboration with Atlas Maridan. He will continue this work in his three-year industrial PhD project, which is aimed at making the new underwater drone so robust and simple to operate that the company can subsequently market it. 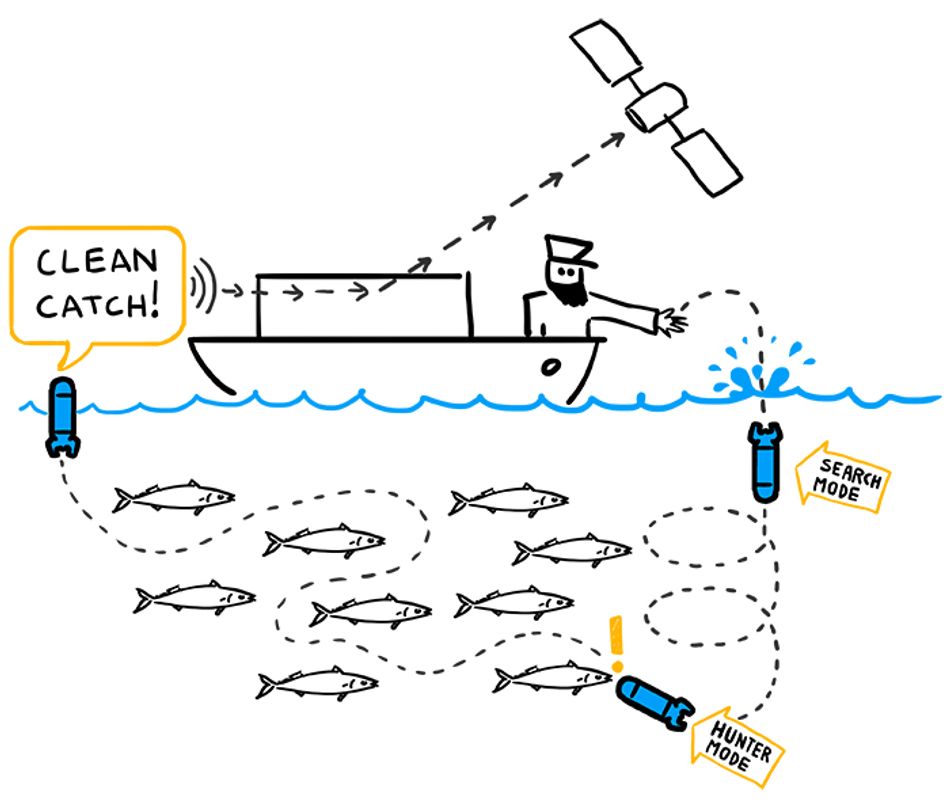 In a globalised world, logistics and networking are becoming increasingly important. Airborne parcel deliveries are a key area of interest for the future, and have considerable potential in a number of applications