Stem cells are one of the most popular topics in medicine and physiology. Scientists are constantly perfecting the methods for their application in order to combat various diseases, including oncological ones. Fully mastering the technology of growing entire organs from stem cells can lead to a major breakthrough in medicine – two years ago, British scientists successfully used this method to create functioning kidney tissue.

But for growing tissues from stem cells to become a usual practice, scientists need to solve several important problems, one of which is effective management of this process and its optimization. These problems occupy many a research team all over the world – including Anton Nikolaev, a neurobiologist at the University of Sheffield (the UK), and Pavel Katunin, a PhD student at ITMO University, who have recently launched a project in this field.

“We want to learn to convert stem cells into other kinds of cells and have thus decided that it’d be better to start with converting stem cells into neurons,” says Anton Nikolaev. “The gist of the project is to learn to make logical circuits from human neurons. We want to turn stem cells into neurons, put each neuron into a specific place, and then teach them to communicate with each other. This is not only an applied task, it also has fundamental significance. We want to have a better understanding of how neural circuits work – one of the ways to achieve this is to take neurons and use them to build simple circuits.”

The method for converting stem cells into other cells using various extracellular signaling molecules, for example retinoic acid or Wnt signaling pathways, is well-known and widely used; however, it has a range of significant disadvantages.

“The problem is that this takes a long time to happen,” explains Anton Nikolaev. “To, roughly speaking, convert a plate of stem cells into neurons, you’ll need a month or even more than that. The second problem is that you don’t have any control over which neurons the cells on the plate will turn into. We, however, want to learn how to grow specific types of neurons.”

The defining feature of the Sheffield – St. Petersburg joint project is that its authors want to employ machine learning and computer vision to find and maintain the optimal conditions for converting, or, scientifically speaking, differentiating stem cells into neurons.

“In itself, selecting specific differentiation factors and the protocol for their use is an optimization problem,” says Pavel Katunin. “In other words, for example, there are various parameters of signaling molecules – their concentrations, application dynamics, etc. – and we’re trying to find the best combination of these parameters so that the maximum amount of cells is converted into the ones we need. Computer vision, which uses microscope data to automatically determine whether the process is happening in the way we need it to, can help us optimize this process and estimate the percentage of cells differentiated to the needed ones.” 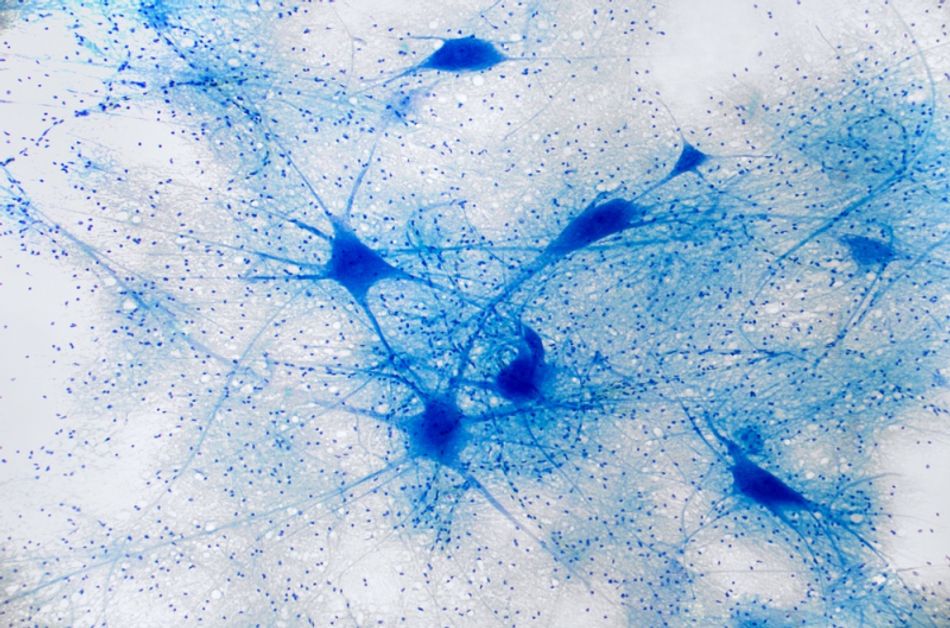 But there is another issue: any kind of machine learning requires an enormous number of cases. This means that experiments on stem cell conversion would have to be conducted thousands of times, which is extremely difficult even for a large research group consisting of dozens of members.

To solve this problem, the researchers from Sheffield and St. Petersburg developed a robotic lab assistant that can help automate this process. The robot itself can be created on a regular 3D printer.

“Work on the project began in the end of February, just as the lockdown kicked in in Britain,” recalls Pavel Katunin. “To some degree, this was what instigated our research – we were completely restricted from accessing the laboratories, and so we started building a robot that could conduct experiments automatically and be configured remotely. Since this to some extent is a robotic project, we had to temporarily turn our apartments into workshops, order 3D printers and tools. As a result, we made an open-source robot for automatic experimentation and generation of big data, which we used to train our optimization algorithm.”

Presently, work on the robot is nearly complete, with an article preprint published as its result. From now on, other researchers will also be able to use this invention in their experiments. 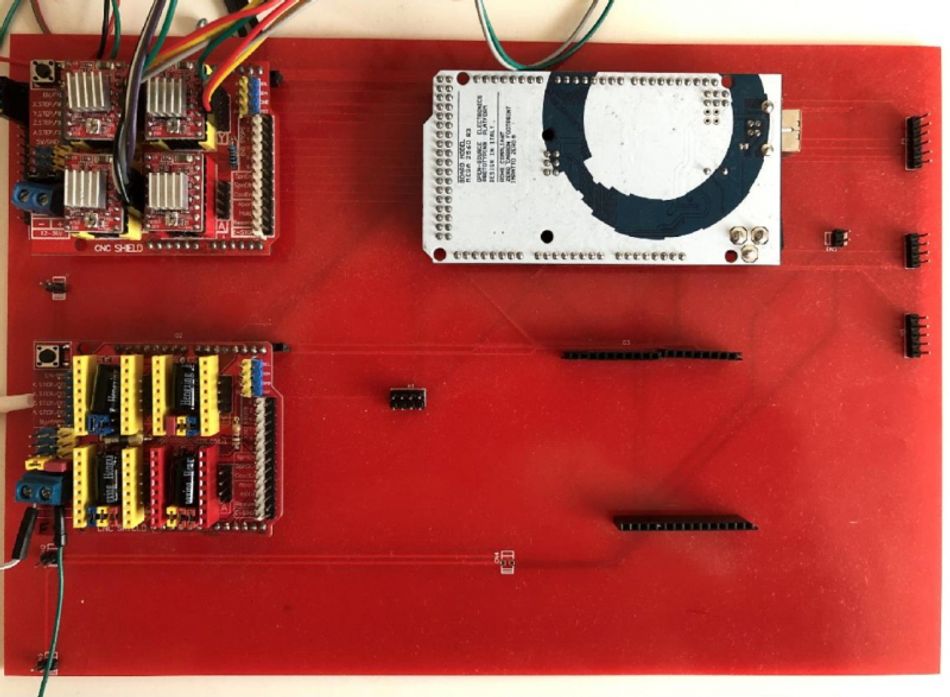 Predicting the fate of a stem cell

Apart from optimizing the growth process, in the future, the developed model will allow scientists to monitor the cell differentiation process in its early stages and find the cells that have the biggest chance to turn into the ones needed for an experiment.

This is yet another, albeit less effective, method to achieve a high percentage of the desired cells in the final solution obtained by scientists as a result of an experiment. What is more, garnering such data will also help speed experiments up.

“As cells take a long time to convert, we’d like to be able to early on detect which cell has a greater chance to turn into the one we need,” notes Anton Nikolaev. “For example, we have 10,000 cells in a test tube, and only 1% turns into the ones we need, but we want to have a solution where 90% of the cells are what we need. There are two ways to achieve that. The first one, which is our project’s main goal, is to optimize the process, create such conditions that as many stem cells as possible would differentiate into the needed ones. The second way is to identify the cells which have the highest likelihood of converting into the ones we need, and eliminate all the other ones at an early stage. In this case, what we’ll have as a result will be a tube almost completely filled with the cells we need. Of course, we prioritize optimization, but this could also be helpful.” 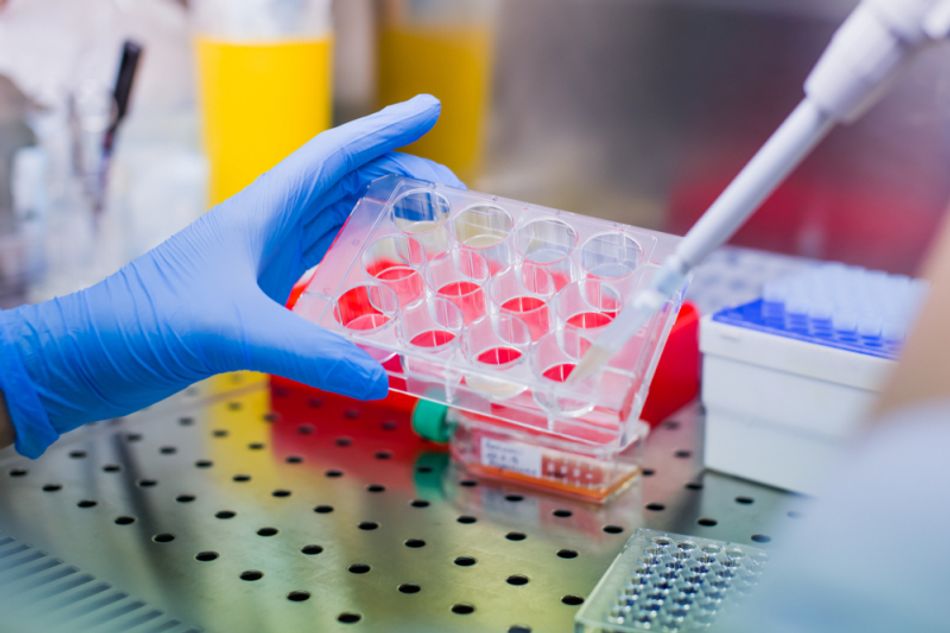 In the first stage, experiments are carried out not on embryonic stem cells but on much cheaper cell lines of the NTERA-2 cancer stem cells.

This replacement is very useful for training the model and debugging the robot as it significantly cuts the cost of each experiment. Besides, working with these cells can in itself yield scientific results.

“A possible side benefit of this project is that cancer stem cells are one of the important types of cells in a tumor,” explains Anton Nikolaev. “If these are neutralized, the tumor will stop growing. This is because a tumor isn’t just a set of some cells but a system, a tissue with different cell types, where some of them are responsible for attracting blood vessels and some for other things. These cancer stem cells are capable of transforming into different types of cells, and if you manage to come up with conditions for their differentiation and completely get rid of them, then, in theory, the tumor will have to stop growing. Clearly, if we develop the conditions for applying the factors that will prevent such cells from growing in vitro, it’ll be difficult to apply this to a living organism, but this will be the first step.”

An automated health care system that understands when to step in

Machine learning system from MIT CSAIL can look at chest X-rays to diagnose pneumonia — and also knows when to defer to a radiologist.