Earth is surrounded by artificial satellites with various purposes, including scientific, military, and communicative. In 2020, a public organization Union of Concerned Scientists assembled a satellite database with almost 2800 operational satellites that are currently orbiting the Earth. Each year, this number grows. Engineers should make sure their designs would fit all essential devices and offer protection from solar radiation.

“While we’re on Earth, we’re protected by the atmosphere: it consumes or reflects most influences from space. However, once we’re above the atmosphere, everything affects us directly. For example, ion flows,” explains Dmitry Bauman, professor at the Faculty of Laser Photonics and Optoelectronics. “If an electronic device is bombarded by ions with high energy, its material will get ionized; parasite charges will appear inside of it and begin to disrupt the device’s functionality, possibly leading to full destruction. Another harmful factor in space is severe electromagnetic radiation that is able to go through various protection layers and harm the devices.”

All satellites are full of electronic devices. With their help, operators control spacecrafts’ functionality by changing the angle of solar cells, controlling the orbit, taking pictures, sending and receiving messages. It requires a lot of effort to design special coatings, which would protect these devices from solar radiation.

Material that protects itself

Scientists from ITMO University and Research and Development Facility “Special Materials” have suggested a new semiconductor material, which in itself is more resistant to the harmful influence of space radiation. Potentially, it can be used for making spacecraft electronic devices.

During their search for such a material, the scientists paid attention to semiconductors with as wide a bandgap as possible. The wider it is, the higher electrical resistivity it has and, as a rule, the higher voltage it will be able to resist. As it turned out, this property also influences its radiation resistivity.

The scientists experimented with gallium oxide (Ga2O3), a well-known semiconducting material. However, as it turned out, the optimal material has the following formula: (AlxGa1-x)2O3.

“It’s a solid solution,” says Dmitry Bauman. “Aluminum is not an additive here, it’s built into the crystal grating instead of atoms of gallium. In some spots, it’s gallium, in some – aluminum, or sometimes it’s a mixture of gallium oxide and aluminum oxide.” 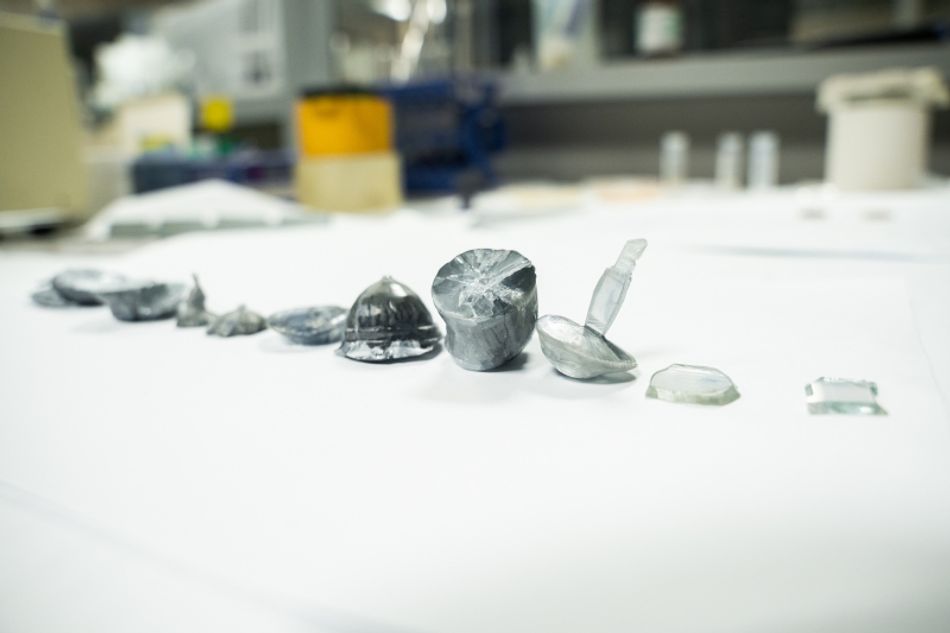 As a result of experiments, the scientists ended up with a more resistant material that functions better under the influence of radiation. However, this isn’t the only advantage.

“Various researchers have identified more advantages of the double material as compared to pure gallium oxide. For example, it was found that mobility of electrons is much higher in it, which is an advantage for any semiconductor,” says Dmitry Bauman. “The higher the mobility, the faster material reacts to external influences and the faster the device will function. Here’s another example: solar-blind photodetectors made out of (AlxGa1-x)2O3 receive ten times bigger photocurrent than detectors made out of pure gallium oxide. This significantly improves the characteristics of the device.”

Thus, the new material can be potentially used in spacecraft. However, the scientists also don’t rule out the possibility of using it for terrestrial devices that function in the conditions of high radiation background.