This article is part of a series about the usage of robots in harsh environments, written by post-doctoral robotics researcher Matthew Nancekievill. Find the first article, on nuclear environments, here.

Working for hours under up to 4 Km of water deploying characterising, or manipulating cabling or underwater infrastructure isn't something humans can do. It’s also big business, with the UK “digital” economy benefiting to the tune of £62.8 billion per annum and subsea electricity cables, for example from offshore windfarms, estimated to add £2.8 billion per annum to the UK economy [1]. Therefore, bring on the robots!

This article is going to cover the various solutions used to monitor and maintain subsea infrastructure and where the technology is currently heading. You may already be predicting that robots will revolutionise the way that we work subsea...

The diving limit for human divers is around the 100m range for “normal” operations. There are isolated incidences of divers going below this level using specialised mixed gas and high-pressure cylinders, but this is very rare and not to mention, incredibly dangerous. The need for specialised gas canisters and high-pressure cylinders is because every 10m of water down, the pressure on the body increases by one atmospheric pressure, which means your lungs don’t quite work the same and air has to be physically pushed into your lungs.

Offshore windfarm foundations are rarely over 50m underwater. However, the conditions around the base of each turbine can change drastically and dramatically. Currents, tides and storms can shift the sediment on the sea-bed which means that you are never quite sure what you will find and in what condition it is in until you go and look at them.

Offshore windfarms are the easy case, there are now approximately 450 subsea cables (according to the open source subsea cable map in the below figure), traversing the world’s oceans, which are mainly communication systems, although some small cables between islands also offer power. These cables can be up to 6km underwater and incredibly difficult to maintain. They are expensive to lay and expensive to fix but in today's world, they are of paramount importance to the economy and our communication & energy infrastructure. Almost 99% of internet traffic now passes through a subsea cable or two so when a fisherman accidentally drops an anchor on one, drags one with a net, or a shark fancies a nibble it is a race against time to sort it out. 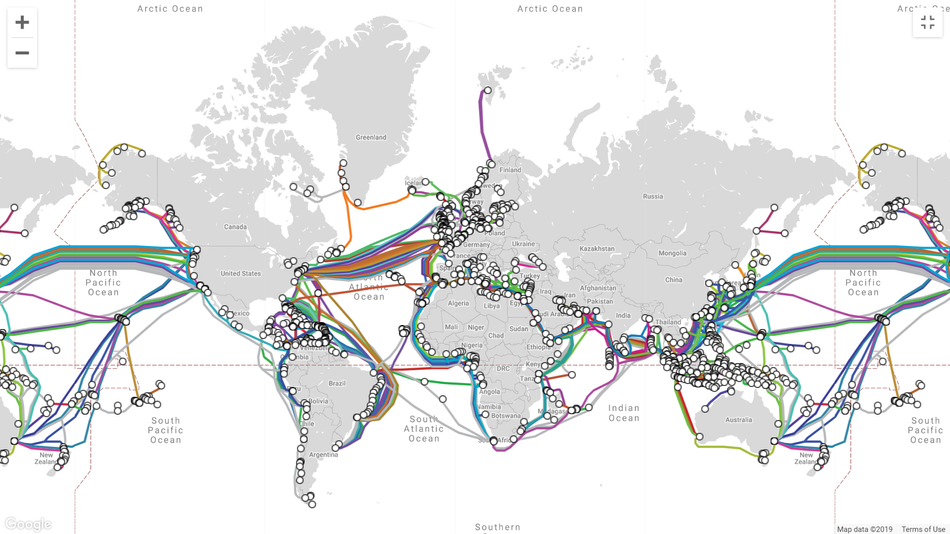 Subsea cable map (that we know of...) https://www.submarinecablemap.com/#/

Just a quick word, although it is an article in its own right, this reliance on subsea cables is of particular interest to intelligence agencies across the world, each trying to get the upper hand in tapping the communications, practising destroying certain important cables (in the case of war) or laying secret cables as back-up that no other intelligence agency knows about.

Many of the tasks associated with offshore wind-farms are carried out by human workers. This includes fixing the turbines to the sea-bed, as well as maintaining and constantly characterising them. These mean long hours in difficult, low visibility conditions operating machinery that requires a huge amount of skill to operate on dry land, let alone underwater!

However, undersea internet, telecommunication, and power cables can be anywhere up to about 4km underwater, meaning there is no chance that human workers can get anywhere near them. Therefore, specialist “cable-fixing” boats need to locate breaks or other issues, send down a highly complex ROV (for depths up to 2km). Alternatively, the cable needs to be physically hooked up sea-bed and be fixed on the boat, before being lowered back to the sea-bed. 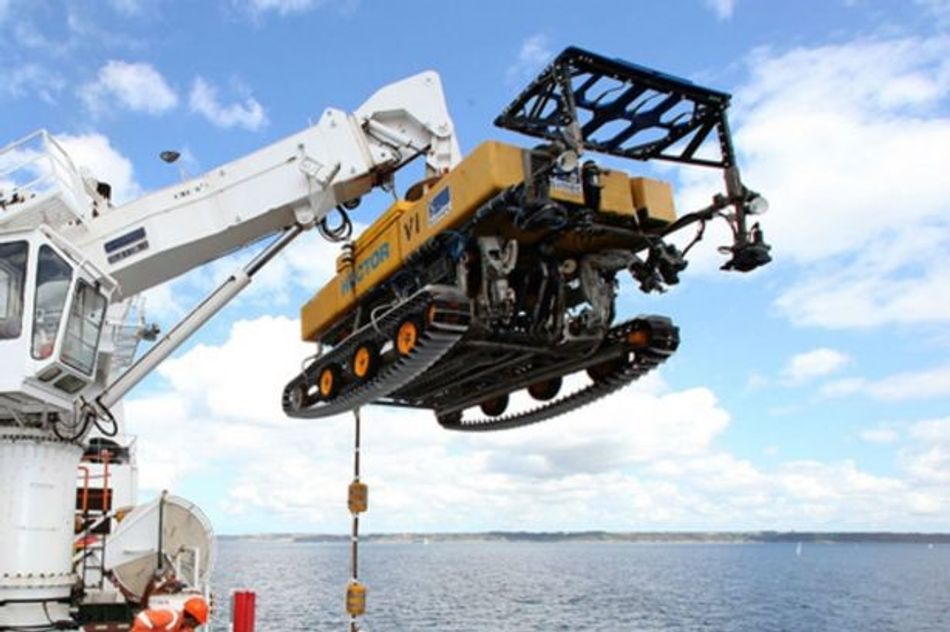 Example cable break locator and retriever, the Hector ROV. Yes, that’s a fully-fledged crane required to lower it into the water.

All of this means that robots can be deployed to reduce the hazard to human workers, work more effectively, and carry out previously impossible tasks. There are many different classes of underwater ROVs, these classes are sometimes argued about with many ROVs spanning across multiple of the class definitions, but a summary of the approximate classes is as follows [2,3]:

I will not include an exhaustive list of ROVs from each class as there are so many solutions now it would require a whole thesis to talk about. However, there are some classic ROVs used commonly in industry that are worth mentioning and most manufacturers mentioned in one class will offer ROVs of at least 1 or 2 other classes but I have not included all of them here.

Examples of Mini ROVs used to visually inspect environments that human divers normally cover include those developed by Deep Trekker, Video Ray or Blue Robotics, which could set you back anything from £5k to £25k.

Manufacturers of general/inspection class ROVs that begin to include light manipulation techniques and sensors for material characterisation such as sonars, ultrasonic thickness gauges and similar include Seabotix or SAAB seaeye (100k or more). 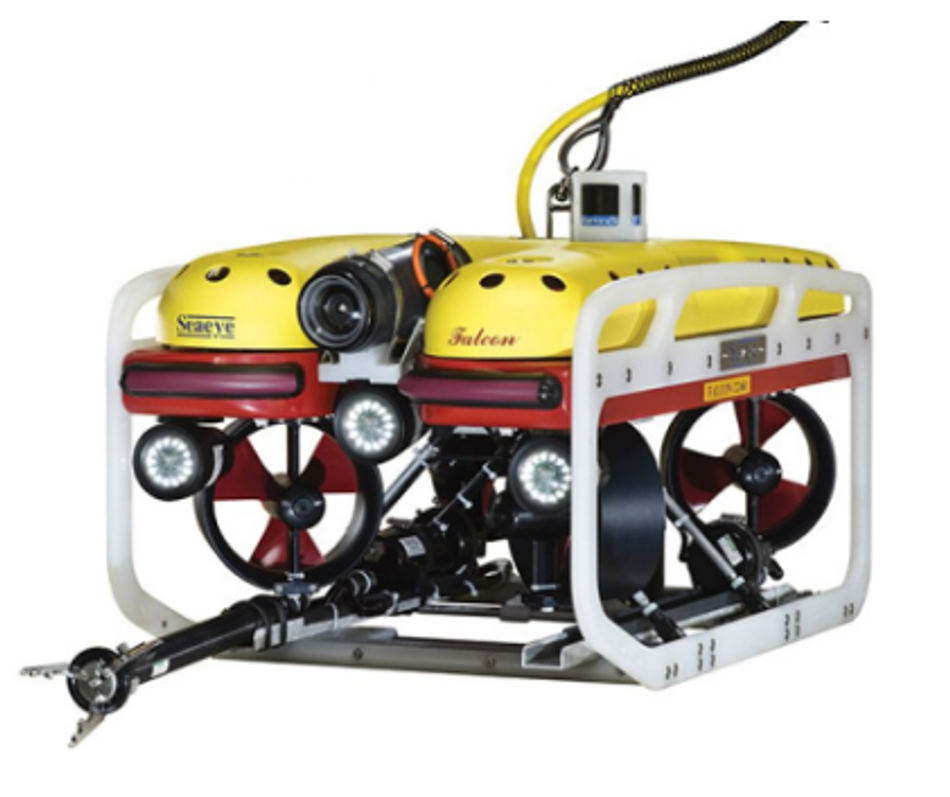 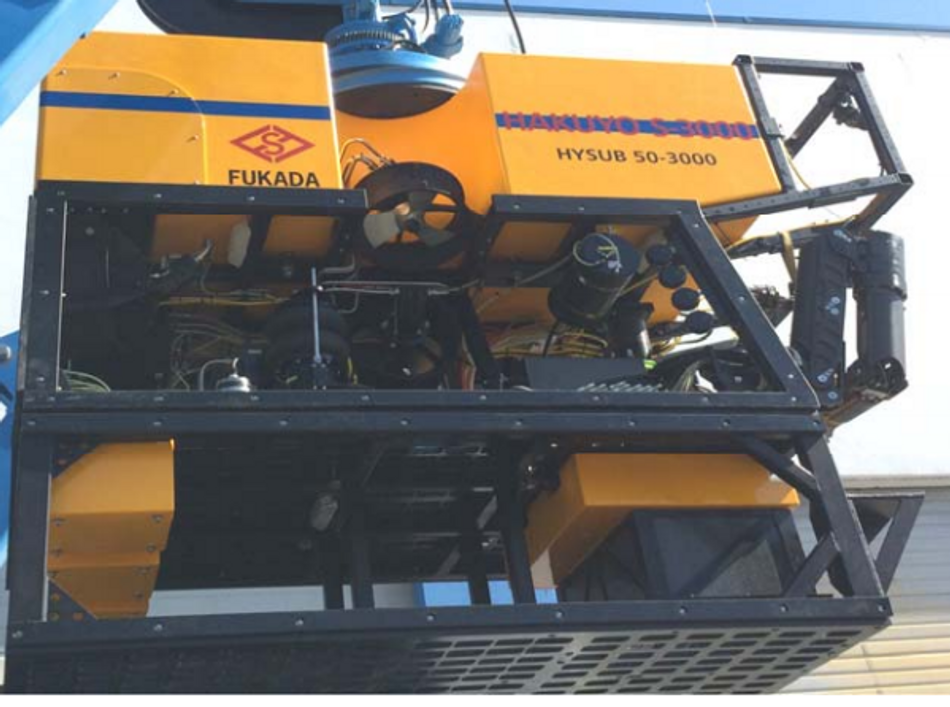 From this point onwards, the solutions can be quite bespoke and divergent. These heavy work class (of which the Hector ROV above is an example) and trench ROVs will be large, sometimes bigger than golf-buggies. These are serious bits of kit worth hundreds of thousands of pounds, if not millions. Which, suddenly, you are very nervous about losing what's at the end of your tether!

There isn’t space to mention all the different ROV manufacturers, they all have their own unique selling points. An alright list of most of the common ROVs can be found here, although, as always, more can be found with a bit of googling! http://www.rov.org/industry_manufacturers.cfm

Working at subsea with robotics systems is becoming big business, but it is difficult work. Currently, most systems are tele-operable, so are dependent on systems on the surface, which are heavily affected by sea conditions and storms. The sea conditions and storms will also potentially affect the operation of smaller ROVs for inspection tasks, moved around in strong currents, and heavier ROVs on the seabed with poor visibility from moving sand.

This is before we consider the mechanical difficulties in surviving large pressures, communications over large distances, sometimes wirelessly rather than tethered, rusting of the materials in salt water, wearing away of the casings due to sand (it really does get everywhere) and keeping the water out. Poor light at depths, not knowing with a great degree of accuracy exactly where your ROV is, communications over 2-6km of ROV tether and pesky sharks also affect the operations.

People are always amazed at how difficult it is to get well-lit, HD footage down 2km or more below the surface, with no latency and loss of data in real-time whilst buffeted around by the sea, especially as drones have gained in popularity suggesting it’s super easy. In reality it is incredibly difficult and I am astounded at the work that people can do and the robots that have been developed to make sure we can watch Netflix wherever we are, whenever we want. 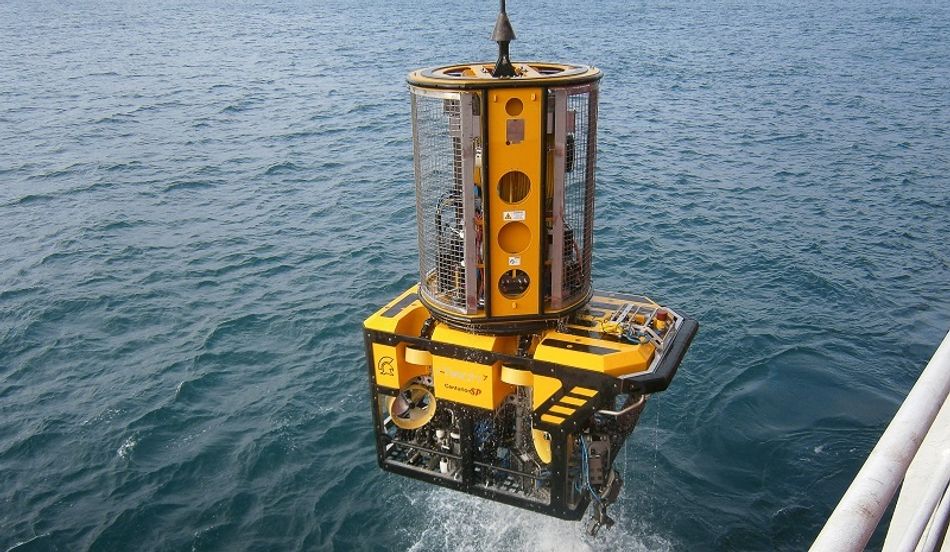 My biased and opinionated view ahead

I am going to give my two cents now on how the underwater ROV industry is going to progress and proceed. I am interested in what you have to say on the matter so please get involved in the comments section below!

We have talked a lot about some very specific problems regarding subsea cables and the fact that at even relatively shallow depths around wind turbines, the work is incredibly dangerous for humans. Therefore, we are only going to see more and more ROVs deployed and roaming the oceans. This is where we start to get into complicated territory where everything requires an ROV and we can't commit the manpower to maintain and control them all manually.

Therefore, I believe automation of these inspection and maintenance tasks is coming like a freight train with swarms of underwater ROVs working collaboratively to characterise large areas. These ROVs will then work collaboratively with swarms of robotic boats on the surface for information relay and, in the case of wind farms, drones to inspect and characterise turbine blades.

This requires advances in underwater localisation, communication, and power distribution as tethers will "just get in the way" requiring wireless control and, more complicatedly, wireless transfer of low-latency video feeds (something that is remarkably difficult to do at a range of greater than a few metres underwater).

Automated maintenance of subsea cables may even lead to a really interesting subsea battle for control of subsea cables from various intelligence agencies, essentially creating "guard" ROVs moving up and down the subsea cables. But I am digressing now...

It is quite often said that we know more about what goes on in space than we do about our ocean floors, but that doesn’t stop us relying on subsea cables for most of our day-to-day work and tasks. As always, using robotic platforms to remove humans from harm is a personal goal of mine and something I believe in very strongly. It is not without its challenges and will be a slow process but it is where the industry is going and also what the industry requires with the world economy developing the way it is. Subsea automation is going to make a big impact with swarms of underwater ROVs becoming the norm over the next couple of decades. Stay tuned.

[1] Elliot, C., Al-Tabbaar, O., Semeyutin, A., and Njoya, E. T., (2016).
An Economic and Social Evaluation of the UK Subsea Cables Industry, University of Huddersfield, A report commissioned by Subsea Cables UK and The Crown Estate

This article is part of a series about the usage of robots in harsh environments, written by post-doctoral robotics researcher Matthew Nancekievill. Find the first article, on nuclear environments, here.

I am a robotics researcher (fanatic) based out of the University of Manchester in the UK, with a specialism in underwater robotic platforms for nuclear decommissioning. During my PhD I looked at the radiation tolerance of electronic components with all of this offering me opportunities to work in Ja... learn more