Researchers at the National Institute of Standards and Technology (NIST) have demonstrated a new type of sensor that uses atoms to receive commonly used communications signals. This atom-based receiver has the potential to be smaller and work better in noisy environments than conventional radio receivers, among other possible advantages.

The NIST team used cesium atoms to receive digital bits (1s and 0s) in the most common communications format, which is used in cell phones, Wi-Fi and satellite TV, for example. In this format, called phase shifting or phase modulation, radio signals or other electromagnetic waves are shifted relative to one another over time. The information (or data) is encoded in this modulation. 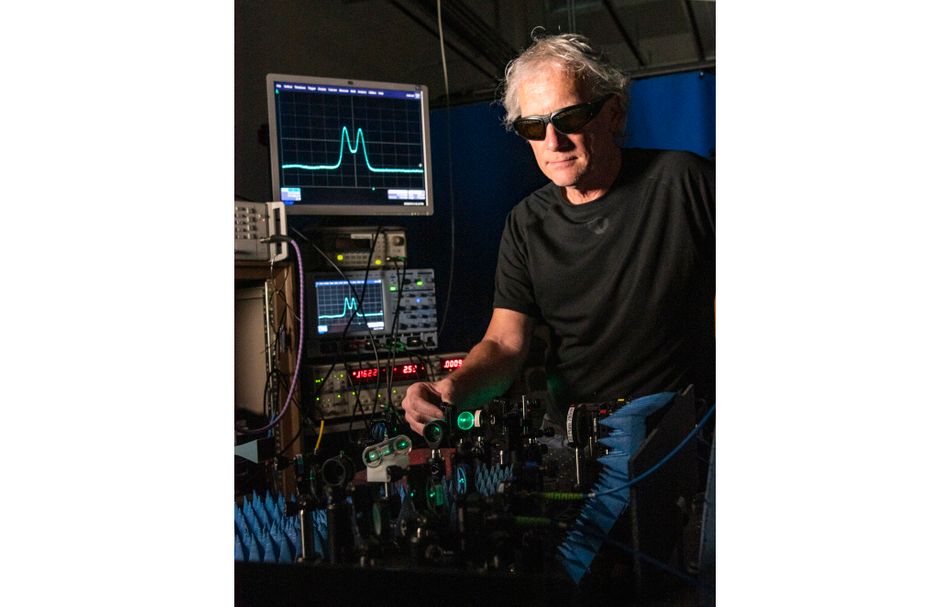 “The point is to demonstrate one can use atoms to receive modulated signals,” project leader Chris Holloway said. “The method works across a huge range of frequencies. The data rates are not yet the fastest out there, but there are other benefits here, like it may work better than conventional systems in noisy environments.”

As described in a new paper, the quantum sensor received signals based on real-world phase-shifting methods. A 19.6 gigahertz transmission frequency was chosen because it was convenient for the experiment, but it also could be used in future wireless communications systems, Holloway said.

The NIST team previously used the same basic technique for imaging and measurement applications. Researchers use two different color lasers to prepare atoms contained in a vapor cell into high-energy ("Rydberg") states, which have novel properties such as extreme sensitivity to electromagnetic fields. The frequency of an electric field signal affects the colors of light absorbed by the atoms.

In the new experiments, the team used a recently developed atom-based mixer to convert input signals into new frequencies. One radio-frequency (RF) signal acts as a reference and a second RF signal serves as the modulated signal carrier. Differences in frequency and the offset between the two signals were detected and measured by probing the atoms.

While many researchers have previously shown that atoms can receive other formats of modulated signals, the NIST team was the first to develop an atom-based mixer that could handle phase shifting. 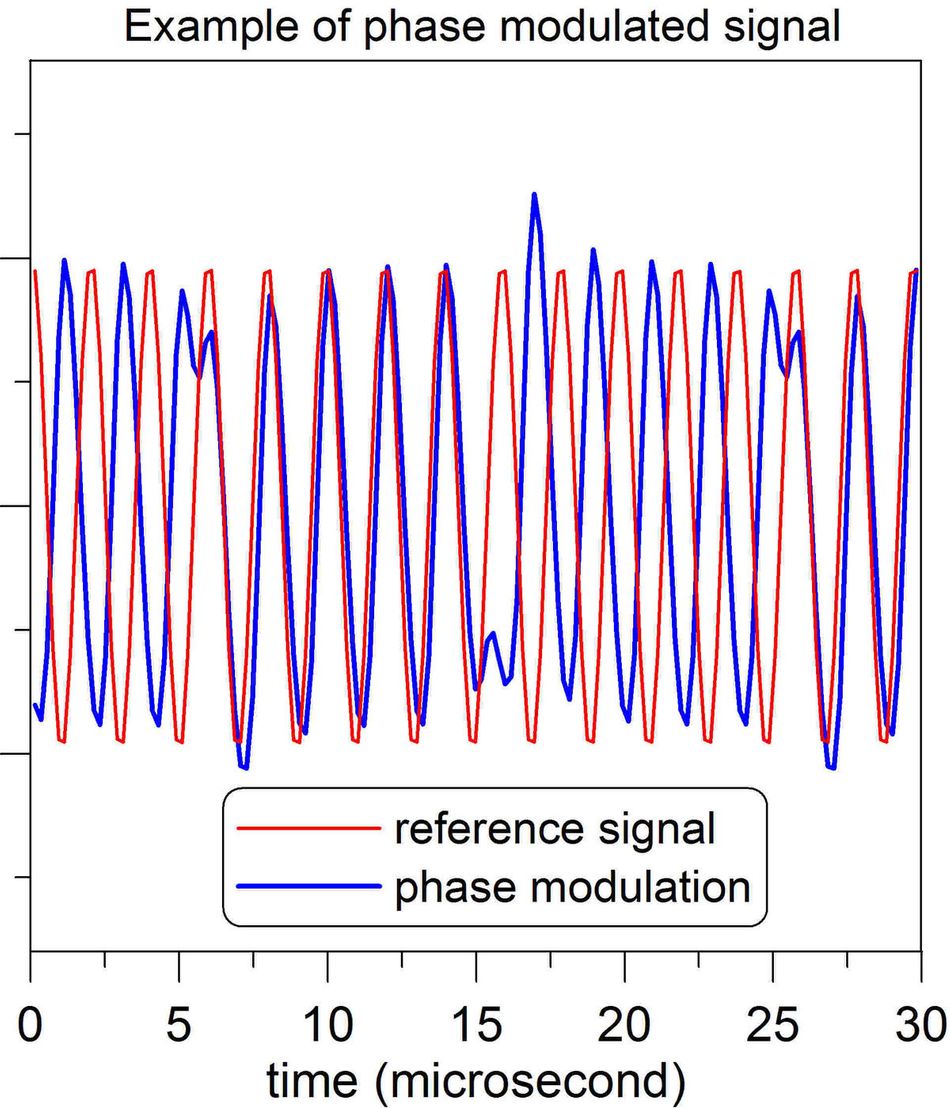 Wireless communications often use a format called phase shifting or phase modulation, in which the signals are shifted relative to one another in time. In this example, the communications signal (blue) contains periodic reversals relative to the reference signal (red). These reversals are the blips that look like cats’ ears. The information (or data) is encoded in this modulation. Credit: Holloway/NIST

Depending on the encoding scheme, the atom-based system received up to about 5 megabits of data per second. This is close to the speed of older, third-generation (3G) cell phones.

The researchers also measured the accuracy of the received bit stream based on a conventional metric called error vector magnitude (EVM). EVM compares a received signal phase to the ideal state and thus gauges modulation quality. The EVM in the NIST experiments was below 10 percent, which is decent for a first demonstration, Holloway said. This is comparable to systems deployed in the field, he added.

Tiny lasers and vapor cells are already used in some commercial devices such as chip-scale atomic clocks, suggesting it might be feasible to build practical atom-based communications equipment.

With further development, atom-based receivers may offer many benefits over conventional radio technologies, according to the paper. For example, there is no need for traditional electronics that convert signals to different frequencies for delivery because the atoms do the job automatically. The antennas and receivers can be physically smaller, with micrometer-scale dimensions. In addition, atom-based systems may be less susceptible to some types of interference and noise. The atom-based mixer also can measure weak electric fields precisely.

Researchers now plan to improve the new receiver by reducing laser noise and other unwanted effects.

Quantum sensing on a chip

Engineers have shown that atoms in optical cavities—tiny boxes for light—could be foundational to the creation of a quantum internet. Their work was published on March 30 by the journal Nature.