Robots are gradually permeating into more and more areas of our daily life: smart cars are at work on storage facilities and production sites, they test delivery services. Researchers in St. Petersburg are designing a mobile autorobotic inspector (MARTI) that will help the State Road Traffic Safety Inspection officers by documenting details of traffic road accidents and detecting traffic code violations. ITMO.NEWS got in touch with Professor Oleg Basov, deputy dean of ITMO’s Faculty of Infocommunication Technologies, to learn why one quadcopter can create a better accident plan than three inspectors, and how MARTI will be able to model traffic road accidents.

Can a quadcopter actually take on some of the duties of a State Road Traffic Safety inspector? According to researchers from ITMO University and Saint Petersburg State University of Architecture and Civil Engineering, it definitely can. Moreover, MARTI will be more efficient at documenting the evidence of an accident, creating its site layout plan, and even reconstructing the scene of the accident. Today, the researchers are already testing a prototype of the system.

It all started with research conducted by Prof. Basov’s group at the Faculty of Infocommunication Technologies. For a while now, scientists and engineers have been trying to enhance the capabilities of standard quadcopters for professional use. They are developing special transport modules, almost like portable airfields for drones that could fit into a garage box on the roof of a car, or in its luggage compartment.

These devices will make it possible to transport quadcopters, launch and land them, as well as change their battery automatically, without an operator. The data received from the drone will also be transmitted here. All of that will not require any substantial changes to the vehicle. Thus, the changes will extend the use of quadcopters from the current 30-40 minutes to 3-4 hours, with the vehicle transporting it to the site and providing the necessary power supply. At one point, this project attracted the attention of a research group working on traffic road safety at Saint Petersburg State University of Architecture and Civil Engineering. 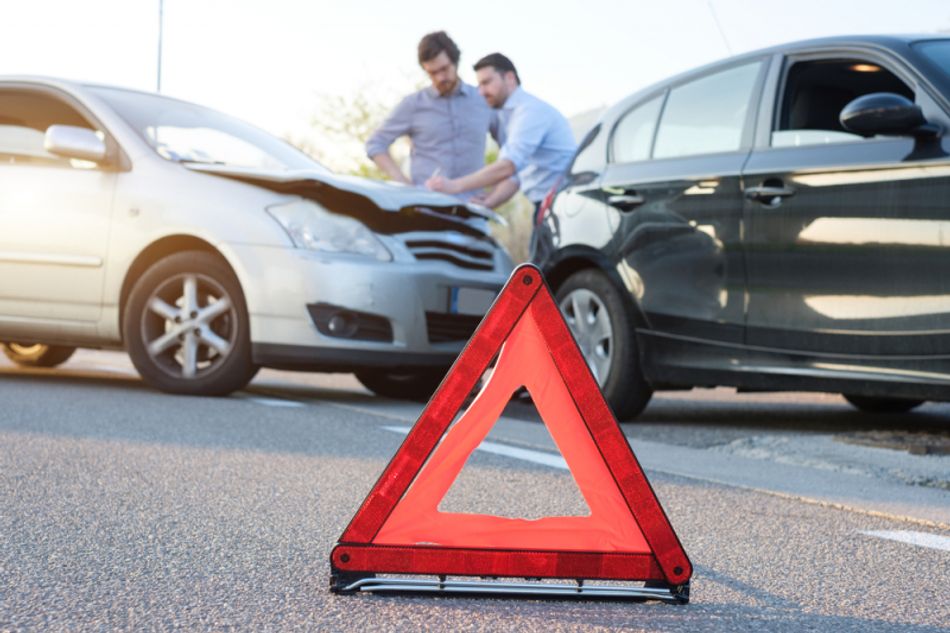 “Our idea sounded interesting to Professor Sergey Evtukov, head of Road Safety Institute at Saint Petersburg State University of Architecture and Civil Engineering,” says Prof. Basov. “He suggested we use quadcopters to analyze traffic road accidents. Why is it important? Traffic safety inspectors can’t always make it in time to the site of an accident, especially if it’s caused a traffic jam. While they are on the way, some evidence can get lost or changed by the drivers to hide what has actually happened. A quadcopter, on the other hand, can launch straight away to capture and store the details of the accident. Drones can be transported on the inspectors’ car and fly ahead as they are getting to the site, or even have a base near an accident-prone area to launch at the alarm about a new accident. When the inspectors arrive at the site, information from the quadcopter will be transferred to their car and processed, allowing the inspectors to have a complete site layout plan at the moment of their arrival.”

Based on this information, inspectors will be able to make objective conclusions as to who caused the accident, which would be important when drivers contact their insurance companies, and in settling any legal arguments. MARTI will not only be able to determine the boundaries of the accident site and capture it, but also document the location of cars, and complexity of their mechanical damage, any marks on the roadway, or individual debris and objects on the site, all of which will later make it possible to visualize the accident in 3D.

“It will estimate the kind of incoming data – the speed, direction, maneuvers of cars and weather conditions – that could have caused the accident, and the kind that couldn’t. Thus, it will allow us to determine the culprit of the accident,” explains Prof. Basov. 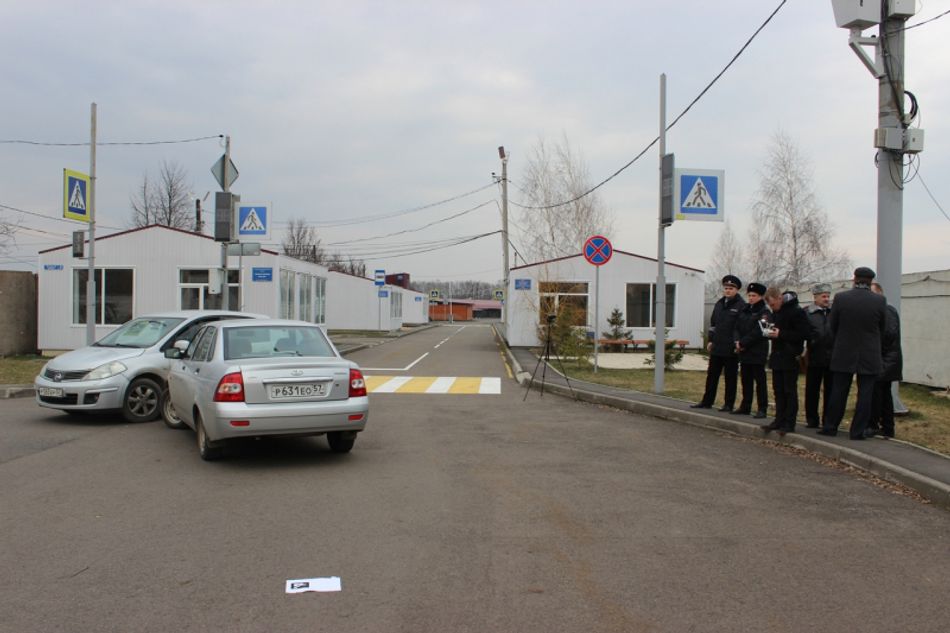 One quadcopter against three inspectors

An experiment was conducted to test the capabilities of the drones and software developed at ITMO. A multifunctional test range at Oryol Law Institute of the Ministry of Internal Affairs of the Russian Federation named after V. V. Lukyanov was chosen as the site of the experiment.

“We went to the test range with a model of a city, placed two cars at the crossroads as if they bumped into each other, and then conducted the following experiment. The quadcopter was able to document the site, measure the distance between the cars, and create a model of the accident in about three minutes. Next came the inspectors – three people measured the distance with a measuring tape and drew a layout plan in ten minutes. Usually, it takes even longer, because there’s only one inspector who documents everything with the help of witnesses,” remembers Prof. Basov. 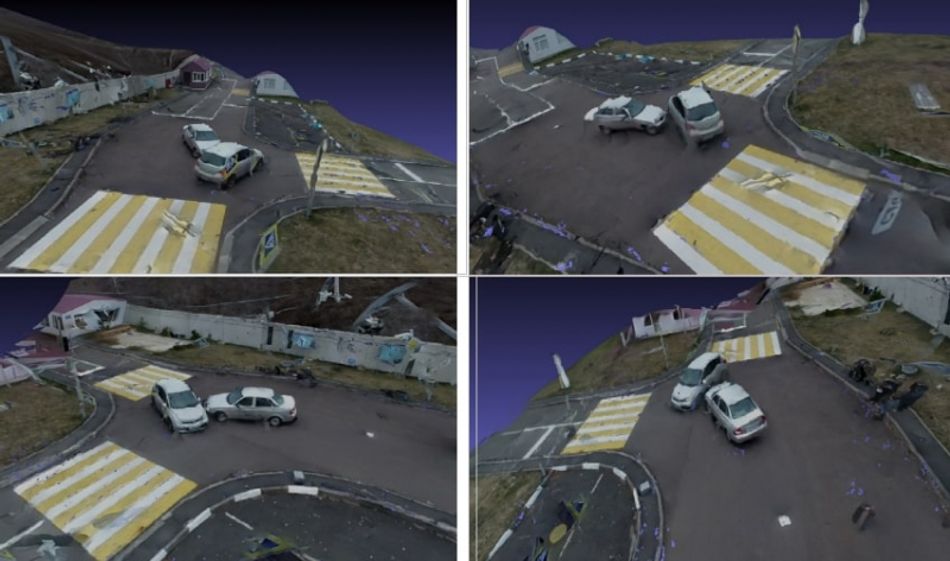 Moreover, last month, Oryol hosted a round-table “Research of the application of unmanned flying vehicles to acquire primary information about traffic road accidents” with representatives from ITMO University, Saint Petersburg State University of Architecture and Civil Engineering, Oryol Law Institute of the Ministry of Internal Affairs of the Russian Federation, Russian Federation Security Guard Service Federal Academy, St. Petersburg Institute for Informatics and Automation of the Russian Academy of Sciences, the Forensic Center at the Regional Office of the Ministry of Internal Affairs of Oryol Region, as well as traffic safety inspectors. The participants discussed how quadcopters can be used to help police officers on accident sites. Field tests of the system will also continue, as the first experiment has highlighted some software errors that are now being fixed by the researchers.

“We’ve compared the results acquired with the drone to those from our inspectors,” expounds Prof. Basov. “There are some bugs, and we’re now working to account for them. My colleagues are busy at the Oryol testing range looking for the perfect height and camera angles that would allow us to avoid errors. The next stage is designing a hardware and software complex to reenact the accident itself that would model the movement of cars.” 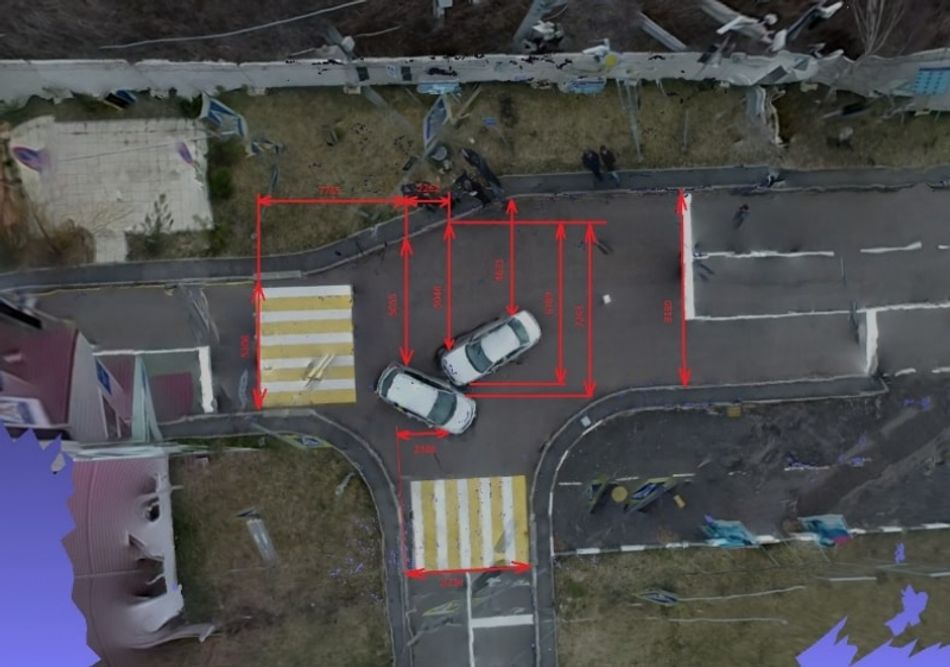 A monorail for MARTI

These days, MARTI is already a finished concept and the researchers are acquiring a patent on it. Next comes its production.

“It will be a monorail placed on separating strips of highways, on bridges and black spots on the roads,” continues Prof. Basov. “MARTI will automatically move to the place where a quadcopter is needed. The monorail will allow it to be quick and effective regardless of traffic jams or any other obstacles.”

The research group is also developing algorithms for automatic flight of quadcopters. Thus, the drones will not only be able to capture the details of an accident, but also monitor speeding incidents, violations of between-car range and road marking. Such an algorithm, however, will require a more precise fine tuning of flight and positioning at a certain altitude, taking into account the wires, street lights and other obstacles.

Transport modules that could be installed on cars are also being developed. They will significantly increase the functionality of quadcopters in solving monitoring tasks for the housing and utilities sector and transport infrastructure, monitoring the environmental situation and ensuring public safety, and in the case of violations of land and urban planning legislation.