It has taken millions of years for humans to evolve our biological perception algorithm capable of driving cars, operating machinery, piloting aircraft and navigating ships.

Engineers aim to develop sensors and artificial intelligence (AI) that will eventually be capable of outperforming eyes, ears and brains that have been fine-tuned by fierce predators, natural disasters, hunting and foraging.

The good news is that engineers can mimic the way nature forged us. They could run the perception algorithms through millions of tests to train them to safely detect and react to road conditions and objects that have been labeled and identified.

Currently, this process has brought autonomous vehicles (AVs) and advanced driver assistance systems (ADAS) to Level 2 or Level 3 autonomy. In these scenarios, vehicles are able to take over the control of some functions — like an emergency brake and lane assist. But in the end, humans are still behind the wheel of these vehicles.

Levels of autonomy based on the Society of Automotive Engineers’ (SAE International) guidelines.

Before we are confident in the ability of fully autonomous vehicles to reduce fatalities and injuries, it is estimated that a fleet of hundreds would need to be driven for almost 9 billion miles.

So, how can engineers ensure these systems without waiting hundreds of years to complete these tests? The answer is digital testing and simulation.

The ADAS systems associated with Level 2 autonomous driving are already an amazing safety feature. They could potentially prevent a third of all passenger-vehicle crashes — reducing associated injuries by 37% and deaths by 29%. So, imagine the potential of implementing fully autonomous vehicles.

To make that jump in technology, engineers still need to process those millions of miles of road tests. Since it could take 800 human hours to label the objects and road conditions in one hour of driving footage, performing these tests manually isn’t an economical workflow.

To address this challenge, engineers can use Ansys SCADE Vision powered by Hologram. It doesn’t require labeled data to identify issues with the perception algorithm. Instead, it runs the raw driving footage through the algorithm’s neural network. Then, it slightly modifies the video (typically by blurring the images) and runs it through the network a second time. This process enables the software to compare the result of the two tests to determine edge cases by noting where the network made weak detections and false negatives.

What happens when engineers are unable to capture scenarios using driving footage? First, it could be dangerous, time-consuming and expensive to set up these scenarios. Secondly, certain edge cases might be so obscure that it’s unlikely to ever witness them during a test drive.

In these cases, Ansys VRXPEREINCE Driving Simulator powered by SCANeR could be a great alternative. Instead of relying on real-world data, engineers can use this technology to create a virtual driving experience. 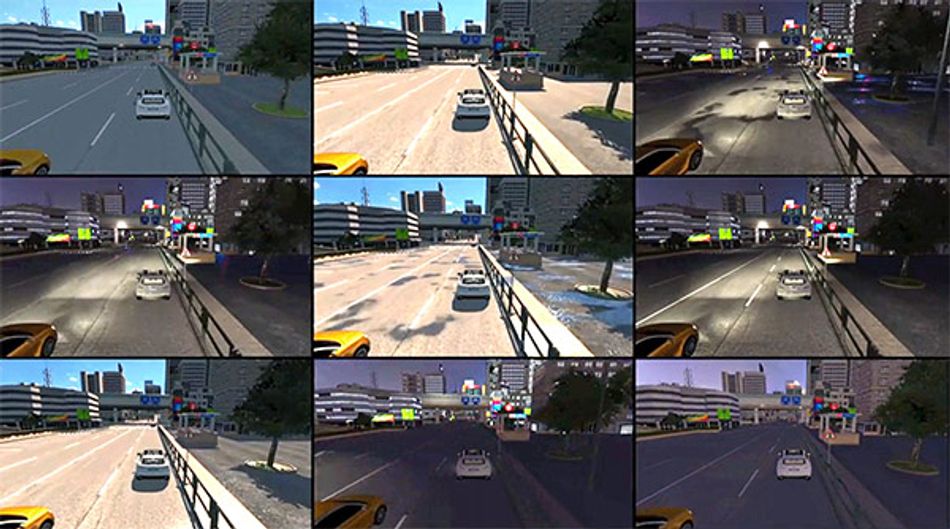 This tool could drastically reduce the time and cost to evaluate AV and ADAS systems as it eliminates the need to manually label footage and reduces the amount of physical testing needed to validate the technology. To learn more, read: Engineer Perception, Prediction and Planning into ADAS.