What are you working on at JPL?

What is starshade and what is it supposed to do?

Starshade is a proposal to fly a giant, sunflower-shaped shade in front of a space telescope, so we can directly image exoplanets, which are planets outside of our solar system. One of the big issues that we have is that we know exoplanets are there, but we can’t get the data we want about them because the stars that the planets are surrounding are too bright and they're basically blocking our view. So what Starshade is going to do is suppress or diffract sunlight while a telescope with all the science instruments directly images those exoplanets. It will probably be a little image, like one-by-one pixel, but with that one image, we can actually get a ton of data about these exoplanets – so carbon dioxide emissions, possibly water vapor, methane, gases and things like that.

There's a lot of origami involved in building Starshade. How does it come into play?

When it unfurls in space, Starshade is supposed to be 36 meters (about 118 feet) in diameter, which is about the size of a baseball diamond, and it's supposed to be only 2.5 meters (about 8 feet) in diameter when it’s stowed for launch. We’re using origami concepts to make that possible. Origami involves a lot of math. A lot of people don't realize that. But what actually goes into it is lots of geometric shapes and angles that you have to account for. One of the first things that I started doing on Starshade was helping with the stow pattern. So starting out with one sheet, how do you fold it so you can stow it at a much smaller size? Do you want it to be taller or shorter? How many folds do you want? And then, how small do you want it to be? We developed a bunch of algorithms, so now all you have to do is input the specs, push enter, and a new pattern is created instead of having to refold things over and over and over again. 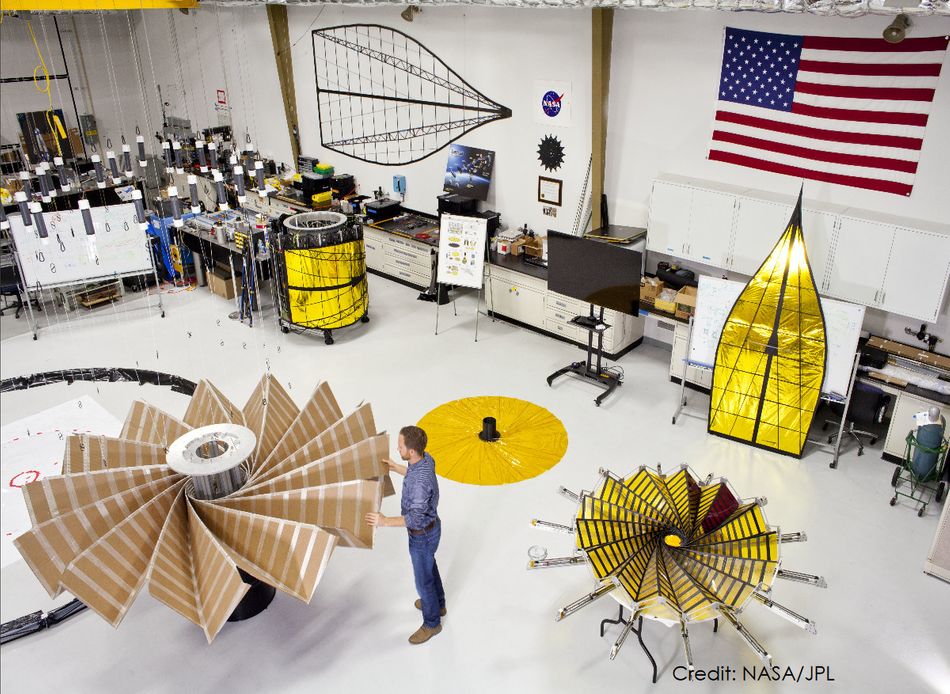 What are some of the challenges in getting that whole operation to work?

There are lots of challenges. The first challenge is making sure none of the petals gets nicked. [Starshade is shaped like a sunflower.] The petal edges are razor sharp and they are what allow the light to be diffracted so we can image the exoplanet. The curvature of the petals has to be within half-a-human-hair-width accuracy, so we have to make sure nothing happens to them. If any of them gets nicked, then now we have this giant bright spot in our images. We also have to make sure all the petals end up in the correct position once Starshade unfurls. And we have to make sure no light comes through any part of the Starshade itself. 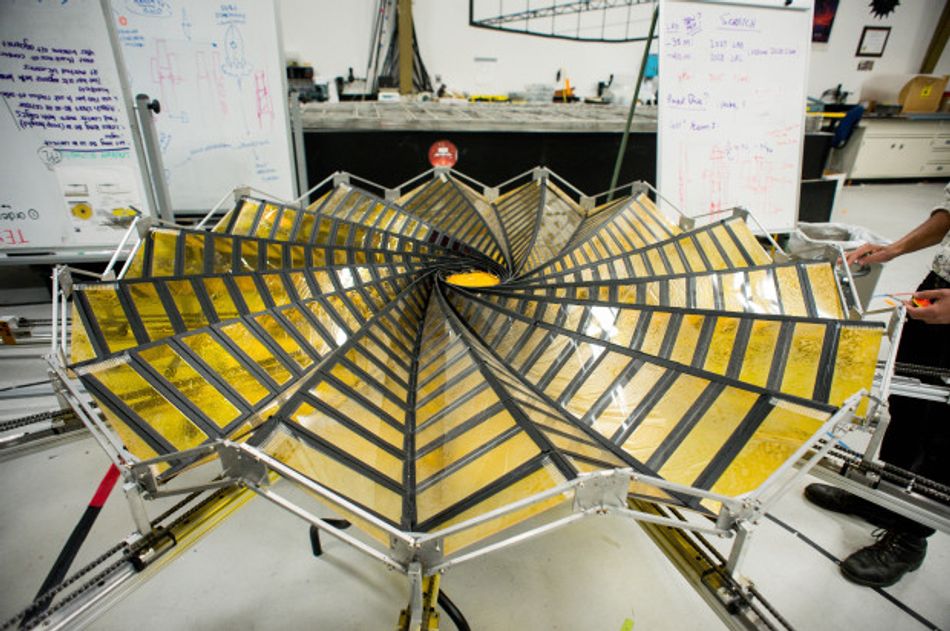 Which of those challenges are you working on solving?

What I’m working on is making sure none of the petals touches each other. That's one of the big challenges. We have to find a way to slowly unwrap the petals so nothing interferes or touches any of the petal edges or the petal itself.

Tell me about your background in origami and how it brought you to JPL.

I've been doing origami since the fourth grade, when my teacher read us “Sadako and the Thousand Paper Cranes.” At the end of the book, it teaches you how to fold your own paper crane. After I folded it, I just had this instinct to want to unfold it to see what it looked like. It has this unique pattern. So I started measuring it, and I figured out that different angles give you different lengths for the wings and the legs. So I was like, ok, what if you rotate the entire crease pattern 45 degrees? Now you get these more beautiful wings and you get a different shape. Then, I started folding other people's designs and learning how to design my own origami. I loved origami so much that I started learning the math behind it. A friend of mine, Robert Salazar, had started at JPL, and he was also an origami guy. We've been friends since seventh grade. He started on Starshade and then, eventually, he was leaving and he told them about me. They interviewed me a few times and then they were like, OK, come in and help us out. 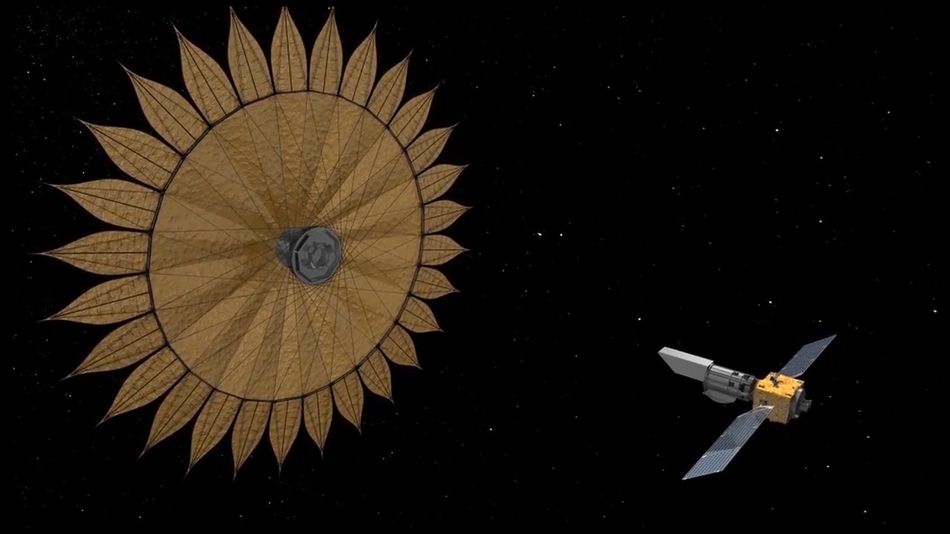 Before that, did you have any idea there was an application for origami in space exploration?

I knew there were applications for other things like airbags and deployable mirrors, but I didn't know that there were space applications. That's what blew my mind. I was like, origami is going to space now? This is amazing.

Are you studying something origami-related in school?

Has interning with Starshade made you want to change your career path?

It's like this close, because I've wanted to be a computer engineer since fourth grade as well. But since working here, a lot of the mechanical stuff has been a big learning experience. I didn't know mechanical engineering existed, but now that I do, it's amazing.

How do you feel you're contributing to NASA/JPL missions and science?

I feel like I'm contributing because, right now, interns are on the front lines of testing out the hardware and making sure everything works. We're dealing with issues, trying to fix them, and coming up with ideas. I feel like we're actually contributing a lot to how this thing could eventually deploy in space.

I am a web and content producer for the Education Office at NASA's Jet Propulsion Laboratory. My pastimes are laughing and going on Indiana Jones style adventures.