Installation of the probe on the combustion chamber test bed. Credit: © DLR. All rights reserved

Engineers at the German Aerospace Center (Deutsches Zentrum für Luft- und Raumfahrt; DLR) have developed and tested a new measurement technique that allows them to 'look through the keyhole', so to speak, into the combustion chamber.

For hydrogen to be optimally used as a substitute for natural gas and kerosene, its behaviour during combustion must be better understood. Engineers at the German Aerospace Center (Deutsches Zentrum für Luft- und Raumfahrt; DLR) have developed and tested a new measurement technique that allows them to 'look through the keyhole', so to speak, into the combustion chamber.

In their climate goals, politicians have set a timeline for the transition of the energy system. The scientific community is working to make the necessary technologies available in time to meet these goals. The development of combustion chamber components in energy and air transport, which is necessary for a safe application of climate-neutral hydrogen combustion, requires supporting diagnostic methods. Suitable optical measurement techniques to analyse the behaviour of the flame during combustion have been lacking up until now, particularly in the extremely expensive high-pressure combustion chamber tests of real turbine components at full size. On the test stands, observation access is severely limited in comparison to scientific laboratory setups. For this reason, an endoscopic solution had to be found. First probe image of the heat release of a hydrogen flame The test results will be used to optimise hydrogen combustion in stationary gas turbines. Credit: DLR (CC BY-NC-ND 3.0)

The endoscopic probe was developed by the Engine Measurement Systems Department at the DLR Institute of Propulsion Technology. The department has many years of expertise in high-precision measurement technology under adverse conditions, such as high pressures and temperatures.

In order to survive in the harsh environment of a combustion chamber, the optical probe is protected by a heat sink which was developed in-house in the 'Keyhole' project supported by DLR Technology Marketing.

"With the UV endoscope we can now finally observe the spatial hydrogen flame structures and thus provide the industrial partner with additional information. This allows us to speed up the complex process for the design of combustion chamber components in the future," says Project Leader Guido Stockhausen. 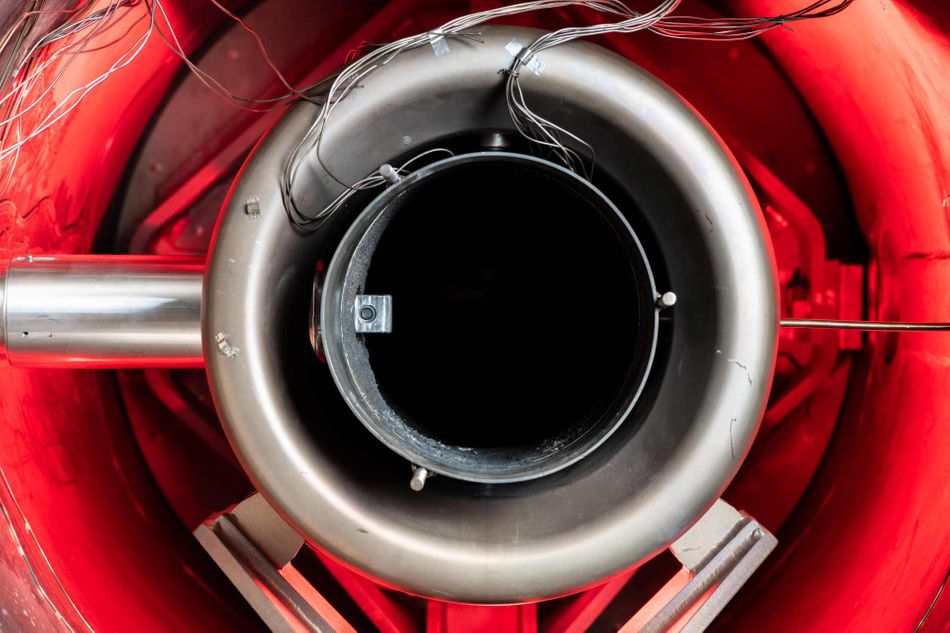 Since a hydrogen flame is colourless in the visible spectrum, unlike natural gas or kerosene flames, the reaction area must be observed in the ultraviolet (UV) spectral range. This is a particular challenge for the optical elements of the endoscope. After two years of work, the UV probe, which was developed in cooperation with the industrial partner Thomassen Energy, has now been used for the first time in a realistic test environment at the HBK-2 high-pressure combustion chamber test stand in Cologne. 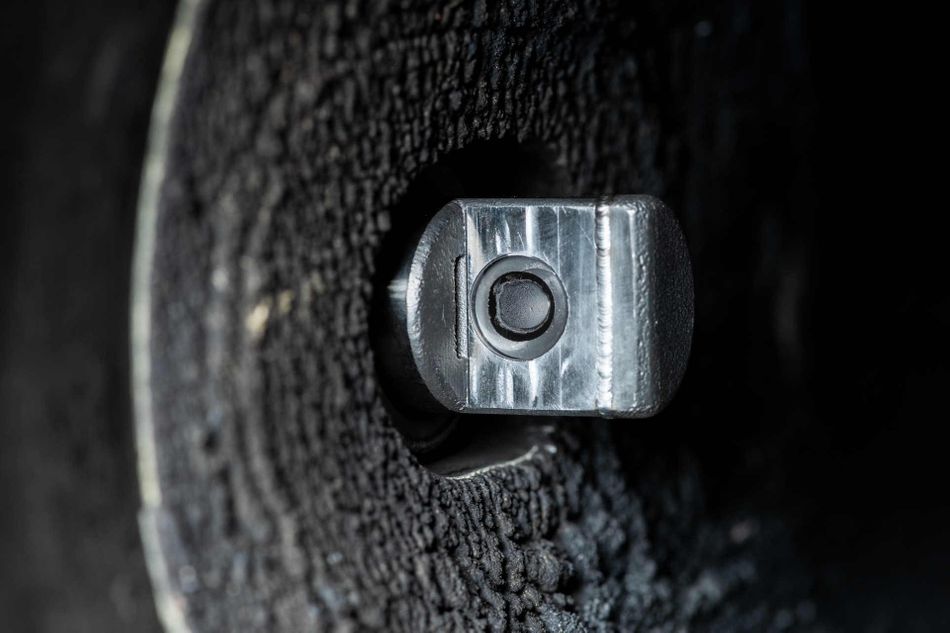 All developed functions of the prototype were successfully demonstrated in the hot gas and high-pressure environment without any damage. The viewing position close to the burner made it possible to obtain spatial information about the flame position during the various operating phases for the first time. The test results will be used to optimise hydrogen combustion in stationary gas turbines.

In a further step, ammonia was added to the hydrogen from an NH3 storage tank specially installed for this test and its influence on combustion was observed. Ammonia consists of nitrogen and hydrogen molecules but is much easier to store and transport than pure hydrogen. In the future, ammonia could serve as a temporary storage medium for electricity generation via renewable energies, during the transition to a hydrogen economy.

DLR and the University of Evora are testing the use of molten salt in a sol...