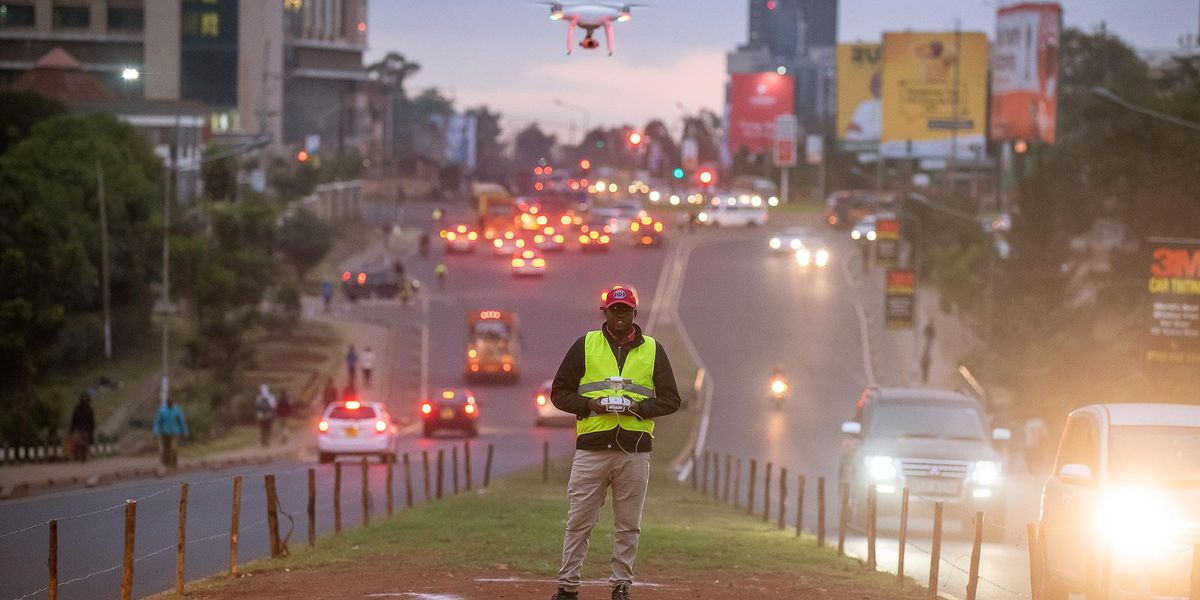 EPFL researchers have used swarms of drones to measure city traffic with unprecedented accuracy and precision. Algorithms are then used to identify sources of traffic jams and recommend solutions to alleviate traffic problems.

Given the wealth of modern technology available – roadside cameras, big-data algorithms, Bluetooth and RFID connections, and smartphones in every pocket – transportation engineers should be able to accurately measure and forecast city traffic. However, current tools advance towards the direction of showing the symptom but systematically fail to find the root cause, let alone fix it. Researchers at EPFL utilize a monitoring tool that overcomes many problems using drones. “They provide excellent visibility, can cover large areas and are relatively affordable. What’s more, they offer greater precision than GPS technology and eliminate the behavioral biases that occur when people know they’re being watched. And we use drones in a way that protects people’s identities,” says Manos Barmpounakis, a post-doc researcher at EPFL’s Urban Transport Systems Laboratory (LUTS).

Using the immense traffic data collected by the drones, Professor Nikolas Geroliminis, head of LUTS, and his team have developed a method using algorithms to identify the sources of congestion and thus come up with recommendations to alleviate complex multimodal traffic problems. LUTS tested the validity of its method in a series of pioneering experiments in Athens in 2018 and 2019, and tested it last summer to monitor and evaluate parking areas of the port of Pully. 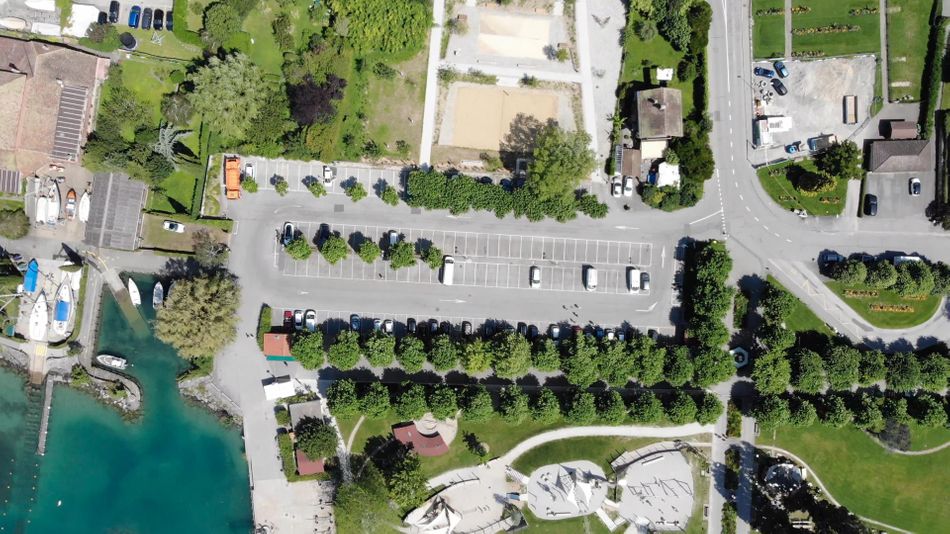 Last summer, LUTS tested its method to monitor and evaluate parking areas of the port of Pully. © LUTS/EPFL

In mid-May 2022, a new experiment (probably the largest in an urban environment so far) was conducted in Nairobi, Kenya the 4th most congested city in the world. At the same time, the laboratory received an Innosuisse grant to conduct more experiments and push their technology, called CityDronics, towards a marketable solution by a Swiss-based start-up that will be the first to successfully integrate drones with urban mobility. "Our goal is not to monitor traffic, but to find the causes of congestion and provide solutions based on facts," says the post-doctoral researcher.

The method developed by LUTS faces a triple technical challenge. First, designing the experiment with drones, i.e. defining the right number of drones needed, where to fly, and for how long. Second, transforming the video images into usable data for our purposes. Third, to analyze this data to find the sources of congestion. In Nairobi, there was an additional component related to the unique local environment. "We worked closely with WeRobotics, our partner NGO, and the associated Kenya Flying labs, as well as the local authorities and stakholders (like the Kenya Urban Roads Authority (KURA) and the Presidential Delivery Unit (PDU)), without which nothing would have been possible. In addition, the issue of data confidentiality is extremely sensitive there. But our drones respect privacy, which is why we have the permission of even the most conservative authorities," says Mr. Jasso Espadaler Clapés, a research associate at LUTS.

"The Nairobi experience is unique, not only in terms of size, but also in flying in a very demanding environment," adds Barmpounakis. “Nairobi is one of the most congested cities in the world and it is very difficult to model and monitor traffic.” Anyone who has been to the Kenyan capital knows that transportation is dominated by matatus, the collective minibuses that drop off and pick up passengers according to demand in an indescribable road chaos. Matatus are self-organized and self-managed means of public transport and while they have many similarities with conventional public transport, traditional approaches are not directly applicable.”

The strength of our method is not the drone. It is the multidisciplinary approach to fight against congestion

In practice, a fleet of 10 drones flew over the city on a perimeter of 1.5 km2, along two avenues that lead to the central business district, in the morning and in the afternoon during peak hours. During 4 days, they collected a maximum of data, that are now to be analyzed to extract traffic patterns. "This is a huge challenge, because the models we have been working on so far had relatively structured traffic, based on traffic lanes. But the streets of Nairobi, where cars, matatus, bicycles, motorcycles, pedestrians or livestock... are a first. We have to take into account not only the traffic characteristics, but also the cultural aspects.” In a few months, once the team has analyzed the results, it will collaborate with the local university and partners to implement long-term monitoring campaigns.

Turning drones into a multi-sensor for smart cities

Beyond the study of traffic and congestion, the strength of the method developed by LUTS team is the flexibility. It allows, depending on the desired goal, to focus on a particular aspect of a mobility problem. In Pully, for example, the focus was on the use of the Pully port parking areas during the summer, on weekdays and on the weekends. In Nairobi, on the other hand, the researchers focused mainly on the behaviors that caused congestion. "We are doing a tailor-made approach", says Barmpounakis. Finally, the use of drones opens up interesting perspectives for carrying out other types of measurements than traffic. Turning the drones’ cameras into a multi-sensor, drones can, for example, evaluate CO2 emissions or noise. "But the strength of our method is not the drone. It is the multidisciplinary approach to fight against congestion," concludes the researcher. Several cities have already expressed their interest.

The Urban Transport Systems Laboratory is part of the School of Architecture, Civil and Environmental Engineering (ENAC)

When art and technology intermingle, the copies are real

This swarm of autonomous flying robots is a research collaboration between the Micro Air Vehicle Lab (MAVLab) at TU Delft and financed by the Dutch Research Council (NWO).

What happens when the radio connection to a drone is interrupted? How can drones fly autonomously even in congested traffic? These and other questions were addressed by the German Aerospace Center (DLR) in the final phase of its City Air Traffic Management (City-ATM) project.