Quadrupole modules can be assembled into two-​dimensional shapes, including pixel art emojis like these. (Photograph: ETH Zurich / Hongri Gu)

If you’ve ever tried to put several really strong, small cube magnets right next to each other on a magnetic board, you’ll know that you just can’t do it. What happens is that the magnets always arrange themselves in a column sticking out vertically from the magnetic board. Moreover, it’s almost impossible to join several rows of these magnets together to form a flat surface. That’s because magnets are dipolar. Equal poles repel each other, with the north pole of one magnet always attaching itself to the south pole of another and vice versa. This explains why they form a column with all the magnets aligned the same way.

Now, scientists at ETH Zurich have managed to create magnetic building blocks in the shape of cubes that – for the first time ever – can be joined together to form two-dimensional shapes. The new building blocks, which the scientists call modules, are not dipolar but quadrupolar, which means they each have two north poles and two south poles. Inside each of the modules, which are 3D printed in plastic, there are two small conventional dipole magnets with their equal poles facing each other (see picture). The building blocks can be assembled like little chess boards to form any two-dimensional shapes. It works like this: Because the south and north poles attract each other, a quadrupole building block with its two south poles facing left and right will attract, on each of its four sides, a building block that is rotated by 90 degrees so its north poles on face left and right. 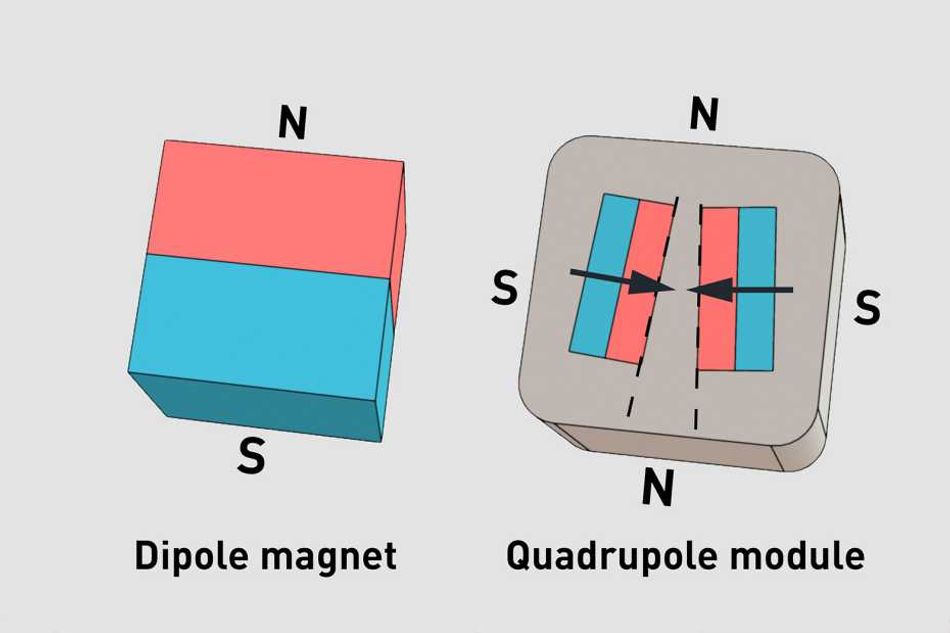 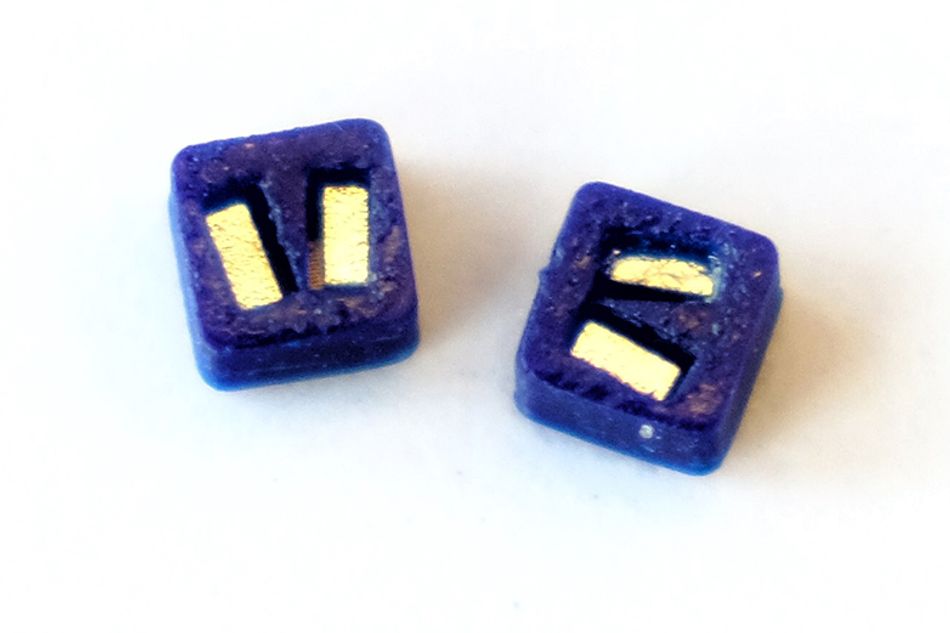 Building on this principle, the scientists made coloured modules with an edge length of just over two millimetres. They assembled them into pixel art emojis to demonstrate what the modules can do. However, possible use cases go way beyond such gimmicks. “We’re particularly interested in applications in the field of soft robotics,” says Hongri Gu, a doctoral student in Professor Bradley Nelson’s group at ETH and lead author of the paper that the scientists recently published in Science Robotics.

Quadrupole and dipole in the same building block

The quadrupole dominates the magnetic properties of the modules. It is a little more complicated than that, though, because in addition to the strong quadrupole, the scientists also built a weak dipole into the building blocks. They achieved this by arranging the little magnets in the module at a slight angle to each other rather than parallel (see picture).

“This causes the modules to align themselves with an external magnetic field, like a compass needle does,” Gu explains. “With a variable magnetic field, we can then move the shapes we have built out of the modules. Add in some flexible connectors and it’s even possible to build robots that can be controlled by a magnetic field.”

An external magnetic field (centre and right images) can be used to control the orientation of the modules. Shown here is a combination of magnetic modules and flexible connectors. (Source: Gu H et al. Science Robotics 2019)

Gu says that their work was initially about developing the new principle. It is size-independent, he says, meaning that there is no reason why much smaller quadrupole modules couldn’t be developed. The scientists are also studying how the modules could be used to combine a linear structure into a multidimensional object with the help of a magnetic field. This is something that could be of use in the medicine in the future: it is conceivable that objects such as stents could be formed from a thread consisting of such modules. The thread could be inserted into the body in a relatively simple, minimally invasive procedure through a tiny opening and then a magnetic field applied to assemble it into the final multidimensional structure inside the body.

Robots such as those used on assembly lines are really good at performing a specific task over and over. But even the best robots cannot adapt to unforeseen environmental variables.