Additive manufacturing—or 3D printing—uses digital manufacturing processes to fabricate components that are light, strong, and require no special tooling to produce. Over the past decade, the field has experienced staggering growth, at a rate of more than 20% per year, printing pieces that range from aircraft components and car parts to medical and dental implants out of metals and engineering polymers. One of the most widely used manufacturing processes, selective laser sintering (SLS), prints parts out of micron-scale material powders using a laser: the laser heats the particles to the point where they fuse together to form a solid mass.

“Additive manufacturing is key to economic resilience,” say Hod Lipson, James and Sally Scapa Professor of Innovation (Mechanical Engineering). “All of us care about this technology—it’s going to save us. But there’s a catch.”

The catch is that SLS technologies have been limited to printing with a single material at a time: the entire part has to be made of just that one powder. “Now, let me ask you,” Lipson continues, “how many products are made of just one material? The limitations of printing in only one material has been haunting the industry and blocking its expansion, preventing it from reaching its full potential.”

Wondering how to solve this challenge, Lipson and his PhD student John Whitehead used their expertise in robotics to develop a new approach to overcome these SLS limitations. By inverting the laser so that it points upwards, they invented a way to enable SLS to use—at the same time—multiple materials. Their working prototype, along with a print sample that contained two different materials in the same layer, was recently published online by Additive Manufacturing as part of its December 2020 issue.

“Our initial results are exciting,” says Whitehead, the study’s lead author, “because they hint at a future where any part can be fabricated at the press of a button, where objects ranging from simple tools to more complex systems like robots can be removed from a printer fully formed, without the need for assembly.”

Selective laser sintering traditionally has involved fusing together material particles using a laser pointing downward into a heated print bed. A solid object is built from the bottom up, with the printer placing down a uniform layer of powder and using the laser to selectively fuse some material in the layer. The printer then deposits a second layer of powder onto the first layer, the laser fuses new material to the material in the previous layer, and the process is repeated over and over until the part is completed.

This process works well if there is just one material used in the printing process. But using multiple materials in a single print has been very challenging, because once the powder layer is deposited onto the bed, it cannot be unplaced, or replaced with a different powder.

“Also,” adds Whitehead, “in a standard printer, because each of the successive layers placed down are homogeneous, the unfused material obscures your view of the object being printed, until you remove the finished part at the end of the cycle. Think about excavation and how you can’t be sure the fossil is intact until you completely remove it from the surrounding dirt. This means that a print failure won’t necessarily be found until the print is completed, wasting time and money.” 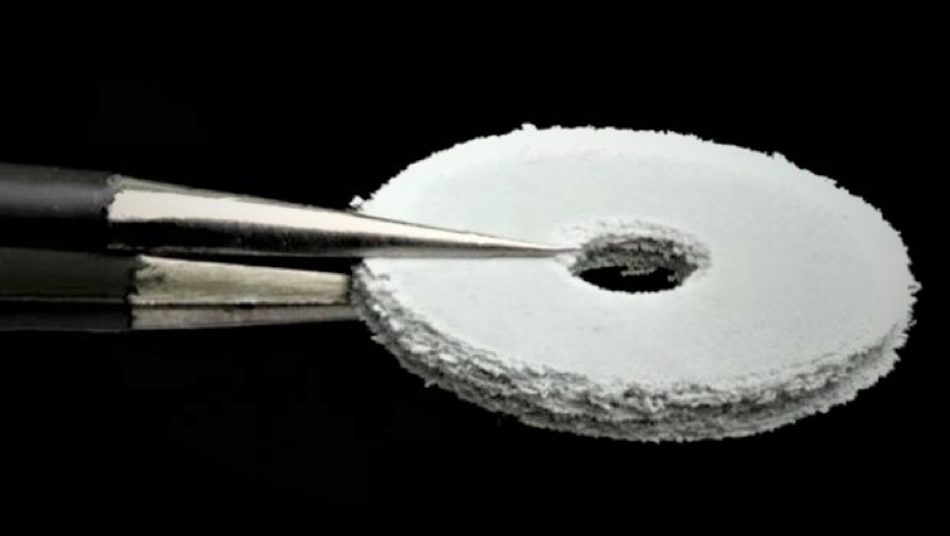 The researchers decided to find a way to eliminate the need for a powder bed entirely. They set up multiple transparent glass plates, each coated with a thin layer of a different plastic powder. They lowered a print platform onto the upper surface of one of the powders, and directed a laser beam up from below the plate and through the plate’s bottom. This process selectively sinters some powder onto the print platform in a pre-programmed pattern according to a virtual blueprint. The platform is then raised with the fused material, and moved to another plate, coated with a different powder, where the process is repeated. This allows multiple materials to either be incorporated into a single layer, or stacked. Meanwhile, the old, used-up plate is replenished. 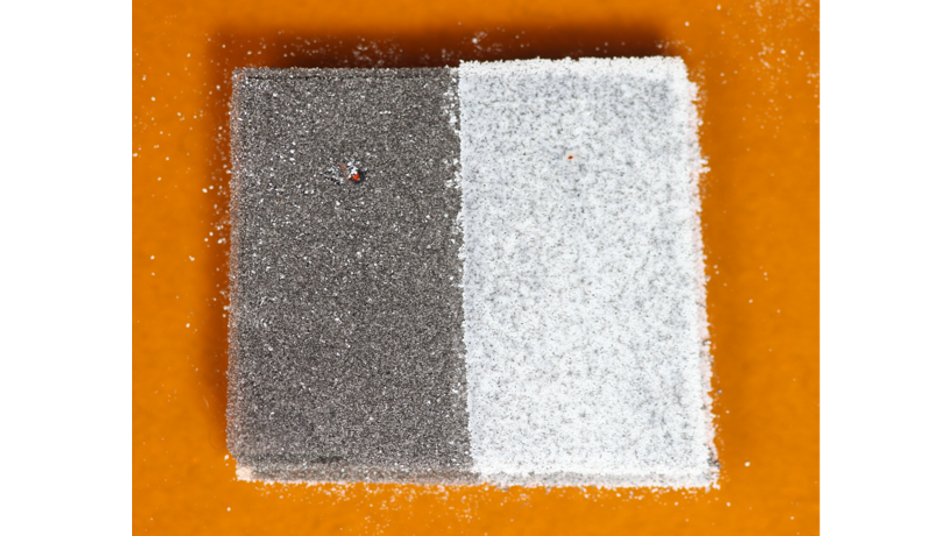 In the paper, the team demonstrated their working prototype by generating a 50 layer thick, 2.18mm sample out of thermoplastic polyurethane (TPU) powder with an average layer height of 43.6 microns and a multi-material nylon and TPU print with an average layer height of 71 microns. These parts demonstrated both the feasibility of the process and the capability to make stronger, denser materials by pressing the plate hard against the hanging part while sintering.

“This technology has the potential to print embedded circuits, electromechanical components, and even robot components. It could make machine parts with graded alloys, whose material composition changes gradually from end to end, such as a turbine blade with one material used for the core and different material used for the surface coatings,” Lipson notes. “We think this will expand laser sintering towards a wider variety of industries by enabling the fabrication of complex multi-material parts without assembly. In other words, this could be key to moving the additive manufacturing industry from printing only passive uniform parts, towards printing active integrated systems.”

The researchers are now experimenting with metallic powders and resins in order to directly generate parts with a wider range of mechanical, electrical, and chemical properties than is possible with conventional SLS systems today.

In our first episode, we visit L’Oréal headquarters in Clichy, France to chat with Matthew Forester, the company’s Additive Manufacturing Technical Manager.

Our third episode is an interview with key members of the Ultimaker team, who share their knowledge and insight into the evolving role of FFF 3D printing, in both manufacturing and design.