The COVID-19 global pandemic has caused incredible disruption to our society over the last 2 years, and unfortunately resulted in substantial loss of life. To date there have been 430 million diagnosed cases worldwide, with close to 6 million deaths being reported.

SARS-CoV-2 is the respiratory virus responsible for people contracting COVID-19. It is through airborne propagation and the touching of SARS-CoV-2 contaminated surfaces that this has been able to spread throughout the population. By being able to make SARS-CoV-2 inactive, the potency of this virus could be curbed significantly.

Ozone (O3) may provide the answer. This is much less common than the molecular oxygen (O2) generally found in the Earth’s atmosphere. It is through the presence of ozone the oxidation predominantly occurs.

It has long been understood that, through the oxidizing properties it possesses, ozone has the intrinsic ability to inactivate certain viruses. Consequently, since the COVID-19 outbreak was initially reported in the media back at the start of 2020, there have been a series of major academic studies into whether it could be of help in this particular context.

Though the use of hydroxyl (OH) radicals has been proposed as another method for inactivating SARS-CoV-2, early analysis suggests that these only have limited effectiveness. Such OH radicals are unstable and therefore have a very short lifespan (less than a few milliseconds). Consequently, they only have a brief window of opportunity in which they can inactivate the virus present. This is why ozone, which has a more prolonged lifespan (relatively speaking) is a better option.

The highly respected Nara Medical University in Japan was one of the first research institutes to undertake detailed investigations into the use of ozone in mitigating the transmission of COVID-19. Working in close collaboration with Murata engineers, and making use of the company’s advanced equipment, tests were conducted by Professor Hisakazu Yano and Professor Ryuichi Nakano - both of whom are senior members of the university’s Microbiology and Infectious Diseases department.

To generate the ozone gas required for the research, Murata’s MHM series MHM501 ozonizer module, along with the company’s MHM306 series and MHM402 ionizer modules were employed. The MHM306 and MHM402 modules are able to generate negative ions at densities of up to 5000000pcs/cc and 4000000pcs/cc respectively, but also have ozone generating capabilities of 0.6mg/h and 0.4mg/h, while the MHM501 ozonizer can deliver an output ozone density of as much as 1.0mg/h if required. 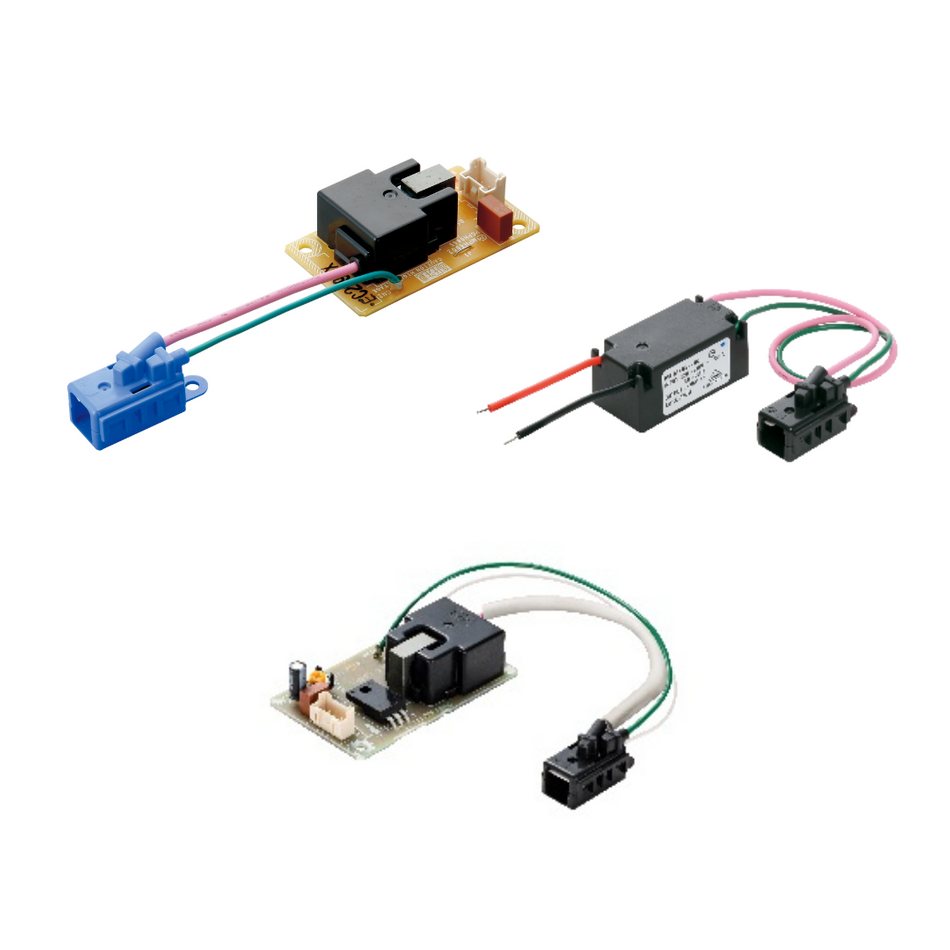 A steady stream of ozone can be created by applying a high voltage to the electrodes of the MHM series units. It should be noted, of course, that ozone represents an environmental pollutant. Therefore, it was critical for this test that the quantities generated proved effective enough to inactivate the virus, but without any risk of them proving toxic to humans. The output from the MHM series units in this test scenario was thus only a small proportion of what they could potentially supply.

The test procedure undertaken at Nara Medical University was as follows. 20μl samples of fluid containing the virus were applied to a set of petri dishes and left to stand until dry. In turn each of these petri dishes was then placed in a 6.7l capacity airtight chamber. For a fixed period of 120 minutes, it was then exposed to ozone gas generated by the ozonizer equipment. The ozone propelled via inclusion of a fan in the test setup.

The fan was needed as ozone is much heavier than air, and so it will drop relatively quickly if not propelled. After the test procedure was completed, it was repeated using further petri dishes. Normal ambient temperature and humidity levels were maintained throughout (19.6°C to 21.8°C temperature and 50.0% to 59.7% humidity respectively).

Once all the petri dishes had been exposed to the ozone, 2ml of soya casein digest lecithin polysorbate (SCDLP) microbiological culture was applied to each of them. A cell scraper was then employed for collecting the virus. The virus’ infectious value (PFU/mL) could then be determined. Petri dishes that had not been exposed to the ozone gas provided control samples. The test results showed that after a 120 minute ozone exposure period (at 0.1ppm concentration levels) more than 99.9% of the SARS-CoV-2 virus became inactive.

Although this level of ozone was extremely effective at making the SARS-CoV-2 samples inactive, the concentration levels were acceptably low. This meant that compliance with established occupational health guidelines could still be assured. 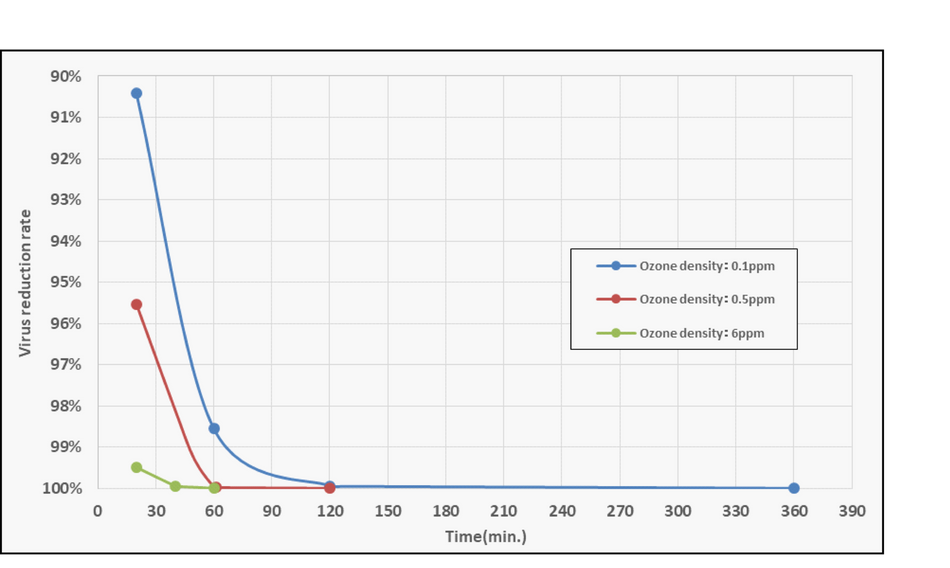 Figure 2: Impact of ozone gas of the infectious value of the SARS- CoV-2 virus

From the study carried out by professors Yano and Nakano, it is clear that there is a great deal of potential for ozone gas to be used in preventing the aerial transmission of SARS-CoV-2, by inactivating the virus. This means that there could be a new role for the Murata MHM series ozonizer/ionizer products discussed here to now take on. Though they are normally focused on general sanitizing and deodorizing tasks, tests have shown that they can offer a successful method via which the propagation of COVID-19 can be tackled.

There is a great deal of potential for these units to be deployed in domestic households, hospitals, hotels, restaurants, bars, shopping malls and indoor public places – generating low levels of ozone on an ongoing basis to combat airborne SARS-CoV-2. Accompanying fans could keep the ozone circulating, so the generated molecules remain effective for longer. For example, a simulation showed that it is possible after a 215 minute long ozone exposure period (at 0.05ppm concentration levels) for more than 90% of the SARS-CoV-2 virus to become inactive. Please see the simulation described in the appendix for further details.

There is scope for this technology to be applied elsewhere too, with the compactness of the MHM solutions being a beneficial attribute. It means that their electronic elements may be integrated into both small and large scale air purifiers, air conditioning systems, etc. - in order to ensure the SARS-CoV-2 virus is eradicated for the air present there. It could, likewise, be used for sanitizing of touched surfaces (door handles, tables, etc.) so that they are kept free from viral contaminants.

About the sponsor: Murata

Murata is a global solution provider and the market leader in the design, manufacture, and supply of advanced, leading-edge electronic components, and multi-functional modules. Murata contributes to the advancement of society and the electronics industry, in close cooperation with its customers and other stakeholders. Their European HQ is based in the Netherlands. 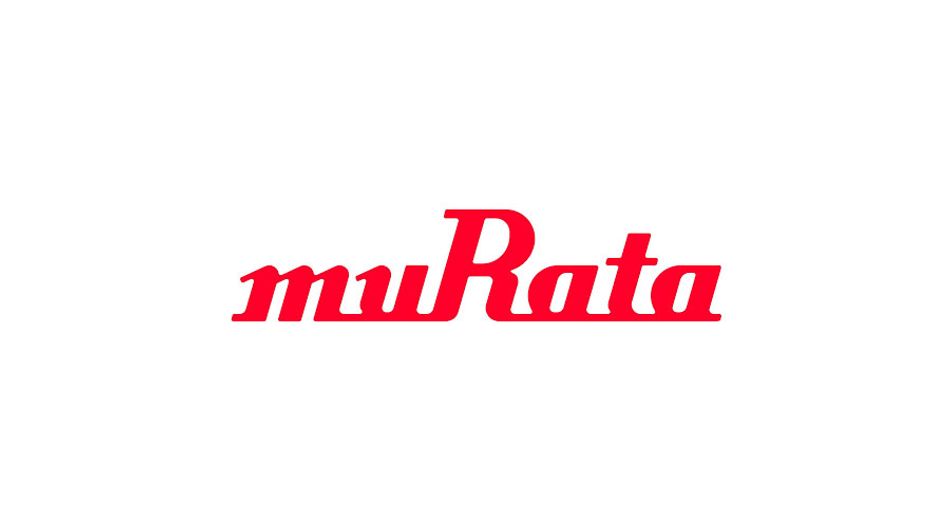 The maximum ozone level in Japan is 0.10ppm. The permissible limits for ozone are displayed in the table shown below. The European Union (EU) and World Health Organization (WHO) have developed an extensive body of legislation which establishes health-based standards and objectives for a number of pollutants present in the air.

More details can be found here and here.

Notes: The above results simulation is based on laboratory conditions.

After installation, Murata MHM series results should be verified by actual measurements.

IIoT stands for the Industrial Internet of Things. You've probably seen a similar set of letters, the IoT, which is the Internet of Things. IoT refers to all digitally-connected devices, over and above such familiar items as phones, tablets, laptops and PCs.

Article #2 of our Industrial IoT revolution series: The purpose of HVACR, and IAQ systems is to create a comfortable, and secure environment indoors. But to do so, these systems require accurate feedback of the environment variables.

Article #1 Electronics Innovation Series. Enabling continued innovation while dealing with the constraints of supply chain uncertainty is a task for both designers and suppliers.