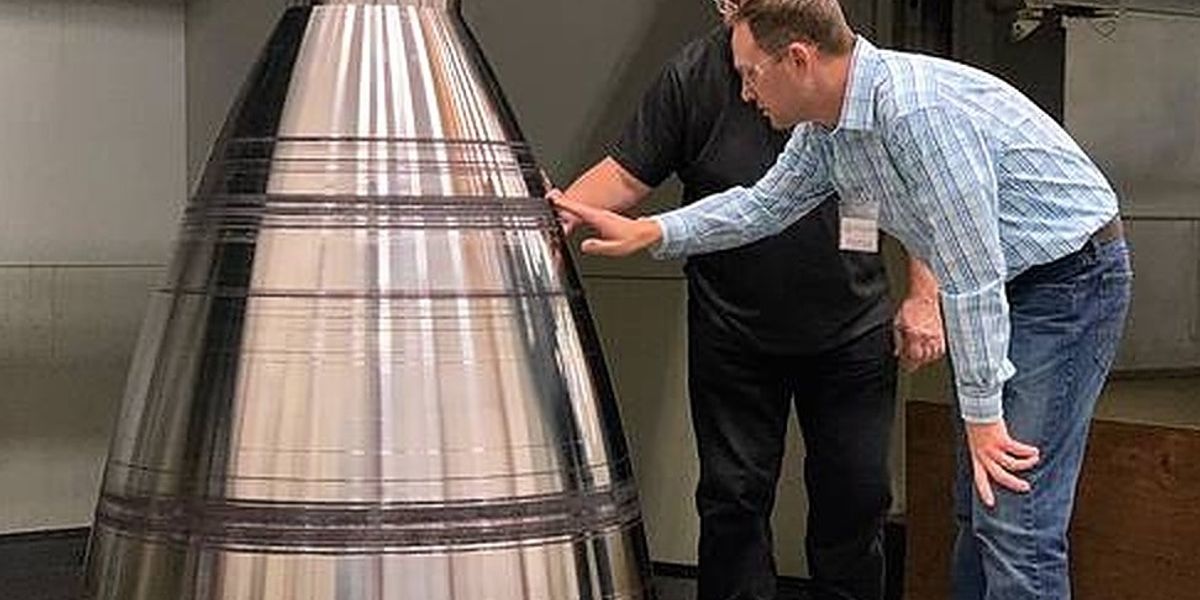 As part of the Artemis program, NASA is returning astronauts to the Moon where we will prepare for human exploration of Mars. Additive manufacturing, or 3D printing, experts from NASA, industry, and academia are pioneering methods to print the rocket parts that could power those journeys.

As part of the Artemis program, NASA is returning astronauts to the Moon where we will prepare for human exploration of Mars. Additive manufacturing, or 3D printing, experts from NASA, industry, and academia are pioneering methods to print the rocket parts that could power those journeys.

NASA’s Rapid Analysis and Manufacturing Propulsion Technology project, or RAMPT, is advancing development of an additive manufacturing technique to 3D print rocket engine parts using metal powder and lasers. The method, called blown powder directed energy deposition, could bring down costs and lead times for producing large, complex engine components like nozzles and combustion chambers. Prior developments in additive manufacturing did not have the large-scale capabilities this emerging technology provides.

"This technology advancement is significant, as it allows us to produce the most difficult and expensive rocket engine parts for a lower price tag than in the past," said Drew Hope, manager of NASA’s Game Changing Development Program, which funds the RAMPT project. "Further, it will allow companies within and outside of the aerospace industry to do the same and apply this manufacturing technology to the medical, transportation, and infrastructure industries." 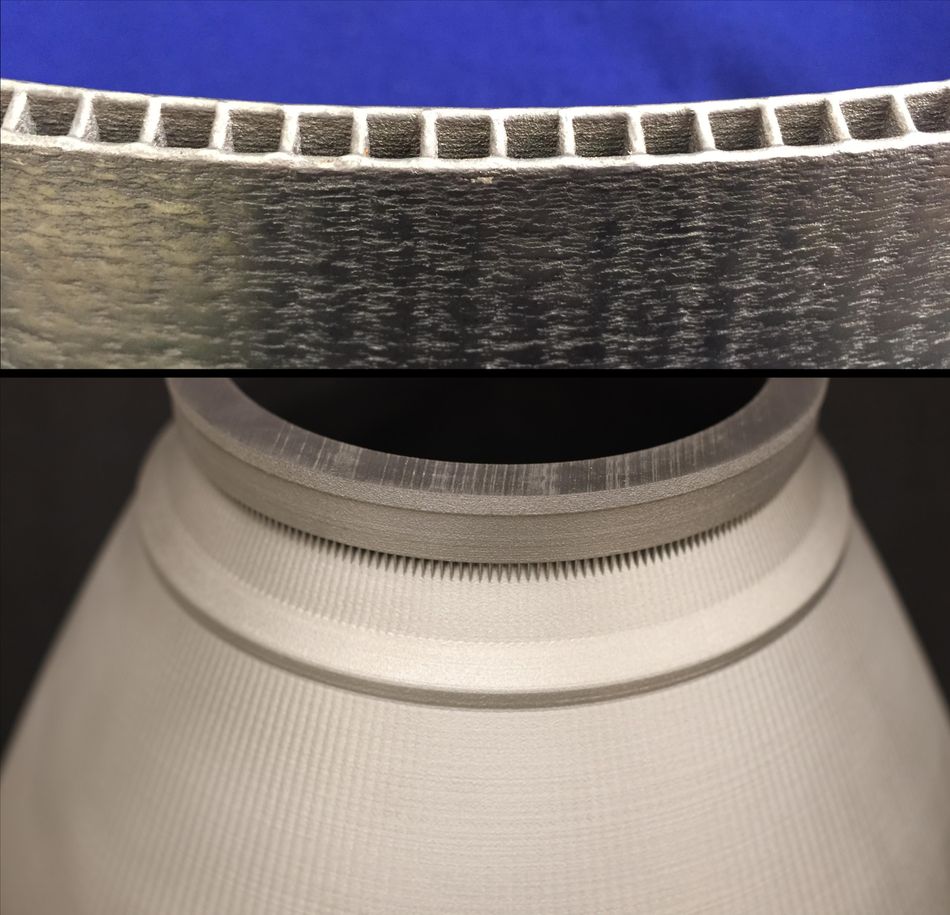 Complex designs – such as engine nozzles with integrated channels walls – can be fabricated using blown powder directed energy deposition. The sides of the nozzle and channel walls above are only the thickness of a few pieces of notebook paper. Credits: NASA

The printing method injects metal powder into a laser-heated pool of molten metal, or melt pool. The blown powder nozzle and laser optics are integrated into a print-head. This print-head is attached to a robot and moves in a pattern determined by a computer building one layer at a time. The fabrication method has many advantages, including the ability to produce very large pieces – limited only by the size of the room in which they are created. It can also be used to print very complex parts, including engine nozzles with internal coolant channels. Rocket engine nozzles that contain internal coolant channels run cryogenic propellant through the channels to help keep the nozzle at safe temperatures.

"It’s a challenging process to manufacture the nozzles traditionally, and it can take a very long time,” said Paul Gradl, RAMPT co-principal investigator at NASA's Marshall Space Flight Center in Huntsville, Alabama. “Blown powder directed energy deposition additive manufacturing allows us to create very large-scale components with complex internal features that were not previously possible. We’re able to significantly reduce the time and the cost associated with the fabrication of channel-cooled nozzles and other critical rocket components."

The RAMPT team recently used the technique to produce one of the largest nozzles NASA has printed, measuring 40 inches in diameter and standing 38 inches tall, with fully integrated cooling channels. This nozzle was fabricated in record time – just 30 days compared with nearly one-year using traditional welding methods – and completion occurred a year earlier than scheduled due to the technology advancing rapidly.

The RAMPT project's success has garnered the attention of NASA’s Space Launch System, or SLS, rocket team. NASA’s SLS, along with the Orion spacecraft, are the backbone to our deep space exploration plans, including sending the first woman and next man to the Moon in 2024 and establish sustainable exploration by the end of the decade. The SLS Program is investing in RAMPT's blown powder directed energy deposition fabrication process with the goal of certifying it for spaceflight. Together with RAMPT, the team is using the technique to build and evaluate a channel-cooled nozzle that is up to 5 feet in diameter and almost 7 feet tall.

“Producing channel wall nozzles and other components using this new type of additive manufacturing would enable us to make the SLS engines at the scale required with a reduced schedule and reduced cost,” said Johnny Heflin, Liquid Engines Office manager for the SLS Program.

Through a series of rigorous hot fire tests, engineers will subject a subscale version of the nozzle to the same 6,000-degree combustion temperatures and sustained pressures it would face during launch to demonstrate the durability and performance of the new directed energy deposition technology.

While NASA is leading the expedition of technology development, partnerships with academia and industry play an important role. Through an agreement with Auburn University in Alabama, RAMPT collaborates with specialty manufacturing companies already advancing the "state of the art" bolstering their work and making the technologies developed by this team available widely to the private sector. These public-private partnerships also add value to NASA missions, as partners share some development costs.

NASA’s investments in blown powder direct energy deposition fabrication technology and materials development will play a critical role in enabling the agency’s most ambitious exploration missions. The technology may also play critical roles in many other industries, including commercial space, helping make the world a better place one print at a time.

Taking the next giant leaps

Taking the next giant leaps

Fifty years after the first moon landing with Apollo 11, the Department of Aeronautics and Astronautics looks to the future of space exploration at MIT.