Several thousand people in Switzerland can now download "SwissCovid", the official application for tracing contacts at risk of transmission of COVID-19, if they wish. "This is the first time that the operating system updates from Google and Apple enable its deployment and testing on such a large scale," says Professor Edouard Bugnion, Vice-President for Information Systems at EPFL. He was at the heart of discussions with Google and Apple to have them adopt the "DP3T" protocol led by the two Swiss Federal Institutes of Technology. Alfredo Sanchez, project manager, notes that "this gives a great responsibility to the Swiss testers, as many other countries intend to adopt the same protocol later on."

This pilot phase will last a few weeks until the Swiss parliament decides on the revision of the law on epidemics.

The purpose of the application is to signal to a user that he or she has been in prolonged contact with one or more people who subsequently tested positive for SARS-CoV-2. With this information, the user can be tested and take additional precaution in order to prevent the spread of the disease. "This digital tracing will not replace protective measures, but it is the best way to control the evolution of the epidemic," said Alain Berset, Federal Councillor in charge of the Department of the Interior, a few weeks ago. 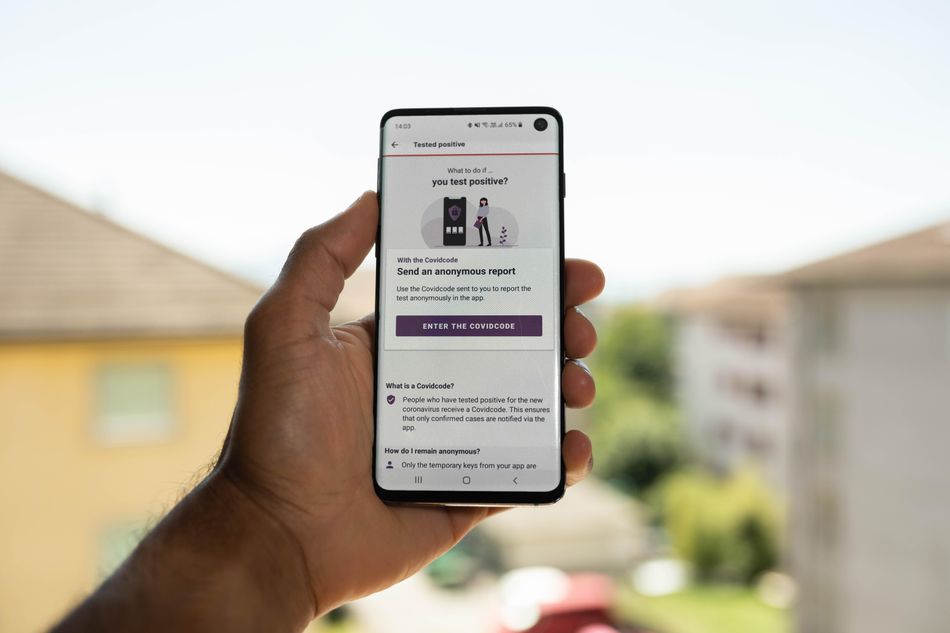 The effectiveness of the app depends on its widespread adoption by the public. To achieve maximum uptake, the protocol designers chose to minimize the collection and sharing of information. "Our goal is to offer a solution that can be adopted in Europe and around the world," explains Professor Carmela Troncoso, head of the Security & Privacy Engineering Laboratory at EPFL, the originator of the DP3T protocol. "There are millions of users and we owe it to them to be transparent."

SwissCovid operates in a "decentralized" way, which means that the operations that are essential from a privacy point of view are not carried out on a centralized server, but on each phone. The app uses Bluetooth to exchange and record the ephemeral proximity identifiers of other phones in the vicinity. These identifiers are kept on the phone unless a person is tested positive for COVID-19. In that case, their doctor will give them a single-use code that allows them to voluntarily share the ephemeral keys on their own phone that correspond to the days when the person was contagious. These keys are sent to a server managed by the Swiss administration.

If the application concludes that there is prolonged (more than 15 minutes) and close (less than 2 meter) contact with COVID-positive people, it will generate a notification to the phone’s user indicating the day of exposure to the risk and the procedure to follow.

Almost all countries, especially in Europe, are following Switzerland's lead in launching their own digital tracing application based on this decentralized protocol. This should facilitate the interoperability of the systems when traveling abroad. 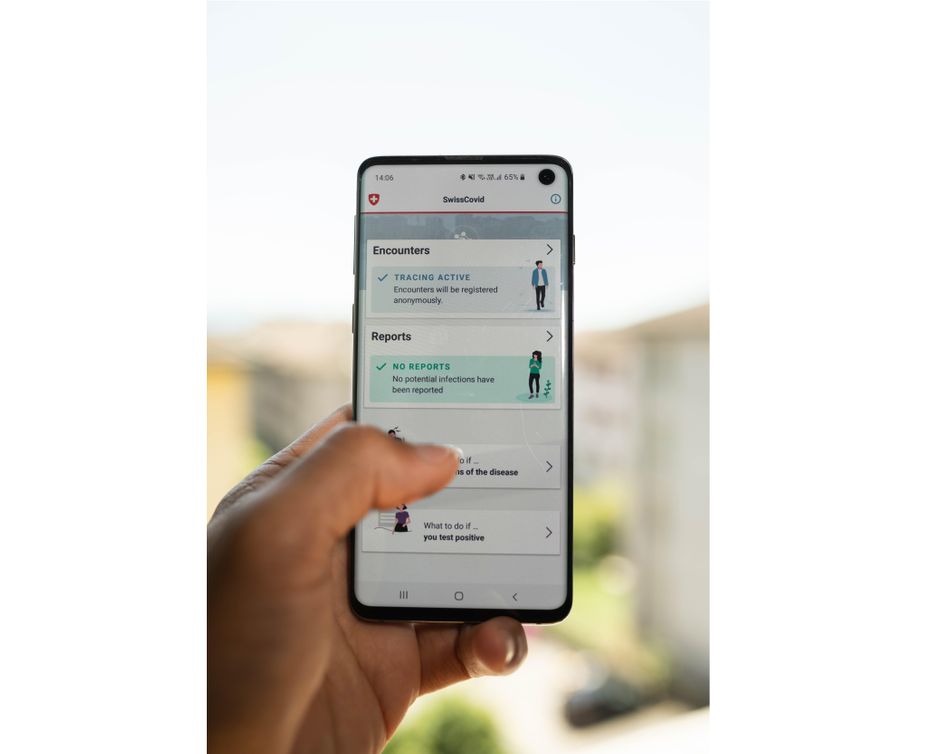 A targeted but real pilot phase

For the time being, "pilot populations" designated by the Federal Council are being asked to download the SwissCovid application. EPFL employees are among them – in particular those who regularly visit the campus or one of the external sites of the School. All they have to do is go to this form to register for the pilot program.

This pilot phase works with real data. For participants who receive a notification, this means that they have been in contact with a person who was actually diagnosed COVID19-positive. This is not a simulation, and the recommended health process should be followed.

For more information, today's press briefing of the Federal Office of Public Health will be largely devoted to the launch of this pilot. In addition, a webinar organised by the Center for Digital Trust (C4DT) at EPFL on Wednesday will bring together a large panel of experts to discuss the deployment of the SwissCovid application

The kits help researchers understand where the virus came from and how it operates.

Prof. Alfred Hero speaks to ECE about his work using data to predict the transmission of infectious disease among people who are pre-symptomatic or asymptomatic and how it relates to COVID-19.