Enie Hensel with a drone at a research site in The Bahamas. Photo credit: Duncan Brake.

New research from North Carolina State University demonstrates that consumer-grade drones are effective tools for monitoring marine species across multiple sites in the wild. The work shows that the technology can be a valuable platform for scientists and conservationists interested in studying populations of sharks, rays, sea turtles and other marine megafauna. 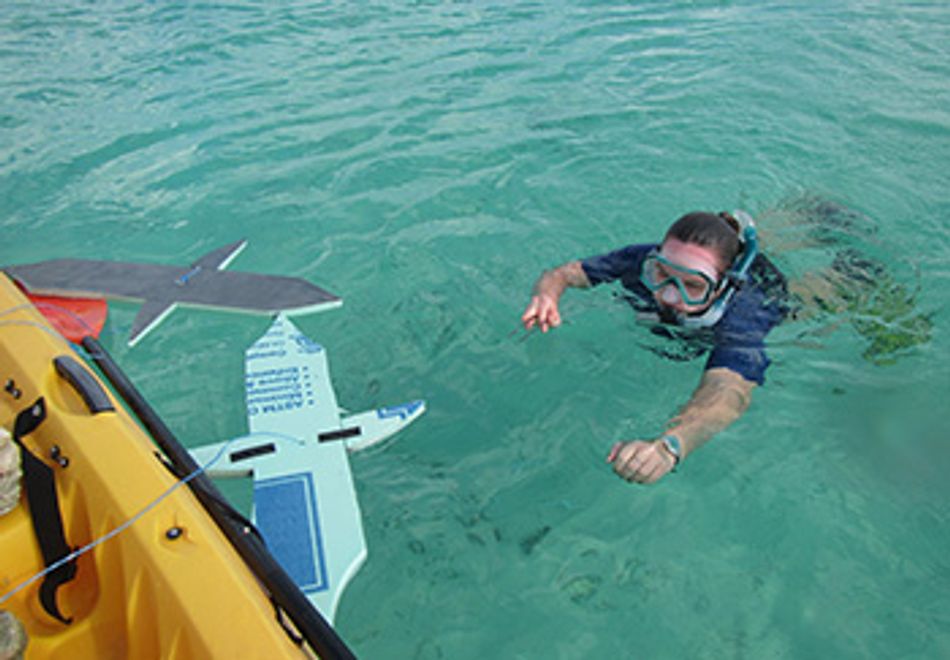 “We found that drones can be used to count and make species-level identifications of marine species, particularly in shallow marine environments,” says Enie Hensel, a Ph.D. candidate at NC State and first author of a paper on the work.

“Demonstrating the viability of drones for this work matters, because these are inexpensive tools for collecting accurate abundance estimates,” Hensel says. “And those estimates are important for both informing the development of conservation efforts and for assessing the effectiveness of those efforts.

“Drone surveys are also a good way to monitor shallow water, megafauna species because they are not intrusive,” Hensel says. “More traditional monitoring methods – such as boat surveys or gill nets – are more invasive, and have the potential to harm individuals or alter their movement patterns.”

Previous studies using drones to monitor marine species have focused on single sites. The recent work from NC State evaluated multiple sites, demonstrating that drones can be used to assess environmental variables that may be responsible for population differences between locations. For example, drones may be used to help target conservation efforts on sites that have the most value in terms of supporting specific species.

The researchers also showed that drones are effective at sites with varying degrees of water clarity.

To assess the effectiveness of the drones, researchers placed fake sharks underwater at two sites with different water clarity. Drone footage allowed researchers to identify all of the decoys at both sites.

“We chose grey shark decoys because they would be the most difficult to spot in these environments, but we were able to spot them all,” Hensel says.

In field testing, researchers were also able to make species-level identifications of lemon, nurse and bonnethead sharks, as well as southern stingrays and spotted eagle rays. The drone footage also allowed researchers to identify sea turtles, though they had difficulty differentiating between hawksbill and green sea turtles.

“One reason we chose these sites, all of which were on Great Abaco Island in The Bahamas, was because The Bahamas are interested in using several of the sites as a pilot for a managed conservation effort,” Hensel says. “Our surveys provide baseline data for marine megafauna abundances within these newly established parks and we show that drones offer a new management tool for the park service of The Bahamas. And, of course, the technology certainly opens doors for us to explore a range of conservation issues.”

NC State is a powerhouse in science, technology, engineering and math. We lead in agriculture, education, textiles, business and natural resources. We’re at the forefront of teaching and research in design, the humanities and the social sciences. And we’re home to one of the planet’s best colleges o... learn more