As part of a new collaborative project, researchers from the Institute of Robotics and Mechatronics of the German Aerospace Center (Deutsches Zentrum für Luft- und Raumfahrt; DLR) and a consortium of additional DLR institutes and technology partners are investigating how aid supplies can be safely brought to their destinations using remote-controlled trucks. Robot-controlled vehicles are to be used on routes that pose a great risk to human drivers, such as the impassable and flood-prone areas of South Sudan. They will be controlled by telepresence from a safe location. The launch of the joint project with the United Nations World Food Programme (WFP), which also has an Innovation Accelerator in Munich, took place in Oberpfaffenhofen on 21 October. 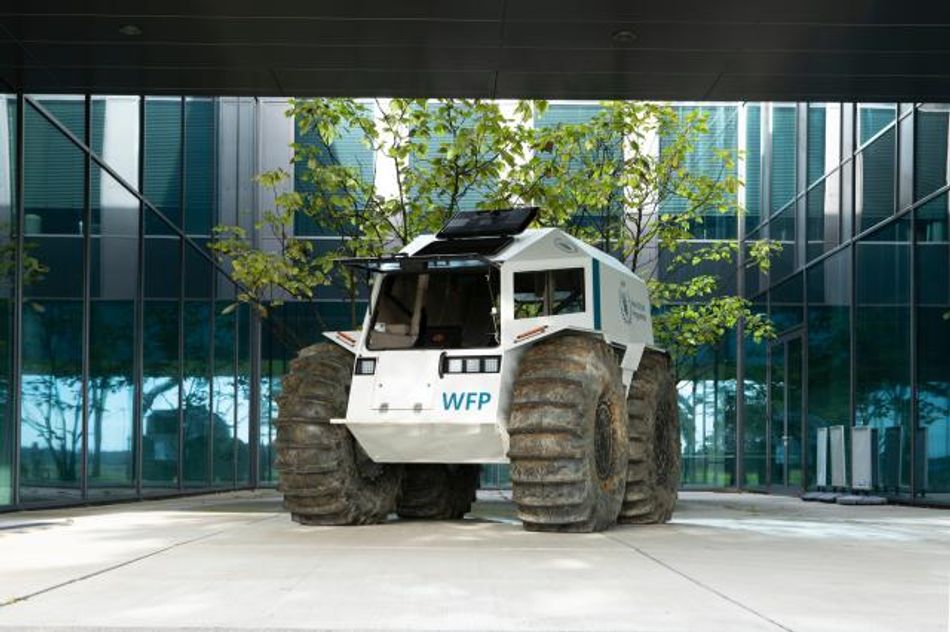 The World Food Programme is the largest humanitarian organisation in the world, providing food aid to nearly 100 million people in 88 countries in 2019 alone. WFP won the 2020 Nobel Peace Prize for their work. When transporting aid supplies in challenging contexts, drivers are exposed to risks from animal attacks, diseases such as malaria or even global pandemics. In recent years, the number of violent attacks on humanitarian convoys has also increased. This makes it difficult to access many destinations that are in urgent need of relief. WFP is committed to providing secure transport to reach these destinations with much-needed supplies. The integration of remote-controlled trucks in cooperation with DLR is a promising approach to achieve this goal.

"Aid workers of humanitarian organisations are exposed to an increasing number of hazards and threats. Many operations take place in high-risk environments, such as in regions of civil unrest, civil wars and/or in fragile states experiencing conflict. Despite treaties banning the use of landmines, and despite ongoing demining initiatives, fatal incidents involving mines or improvised explosive devices are unfortunately ubiquitous for the drivers of our relief convoys," says Kyriacos Koupparis, Head of Frontier Innovations for the WFP Innovation Accelerator in Munich.

In addition to man-made hazards, there are many natural risks in the areas of operation, such as wild animals, snakes and mosquitoes that transmit diseases such as malaria. Other health risks for drivers include epidemics, including past outbreaks such as the Ebola virus (in Sierra Leone, DRC) or the current COVID-19 pandemic.

These risks are often difficult to assess in advance, especially in sparsely populated areas. Many of the humanitarian aid sites are difficult to reach, as the affected areas often lack adequate infrastructure or, in the case of a disaster scenario, may be heavily damaged. Tele-operated vehicles can be used here to make operations safer and save lives. 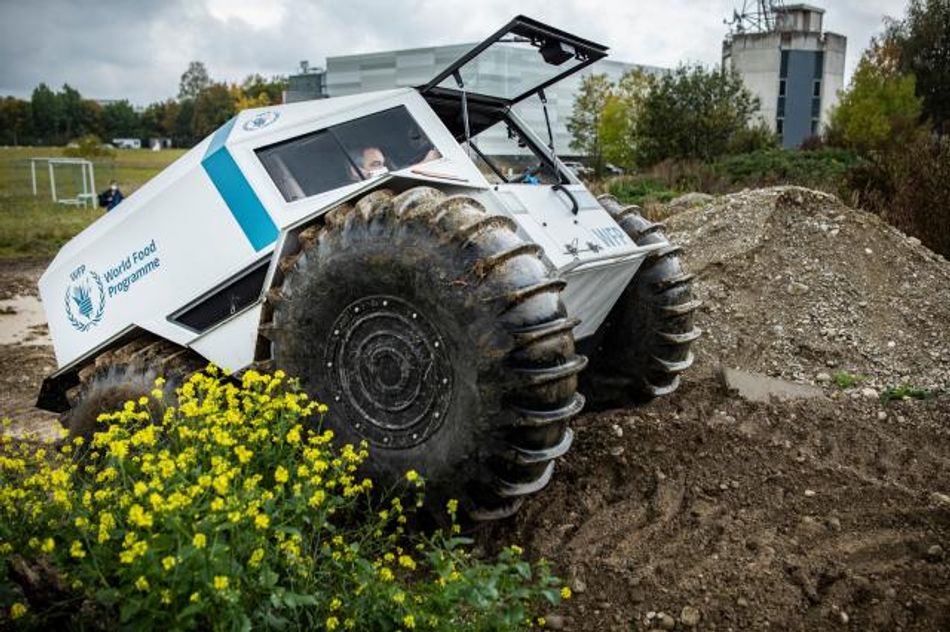 Remote control of off-road vehicles
Remotely controlling different types of mobile robots, such as rovers on the surfaces of other planets and trucks in inaccessible environments on Earth, requires similar techniques. Both environments are dangerous, difficult to navigate and very demanding in terms of reaching a destination. Credit: © DLR. All rights reserved

In some areas that are difficult to access, relief supplies are delivered by air. This approach is cost-intensive and has a much greater ecological impact, such as through its fuel consumption. The aim is to replace them with local, alternative supply chains. This is where the collaborative project with DLR comes in. "We are taking the regional flooding in South Sudan, where large areas are cut off from conventional supply chains, as an example" explains Armin Wedler, DLR Project Manager for AHEAD. "We have succeeded in reducing the costs for emergency deliveries by using boats and trucks. However, the route passes through partially flooded areas, exposing drivers to great risks. Our project outline describes a concept for using robotic, remote-controlled vehicles in this very impassable environment of South Sudan that will allow the completion of the last, most dangerous part of the route by telepresence from a safe place, such as Tiar."

SHERP vehicles will be used, which WFP has already successfully deployed. The off-road vehicles can manoeuvre in any terrain, even in water or swamps, and can overcome climbing obstacles of up to one metre. They are equipped with several sensors for real-time monitoring of their environment that allow them to be remote controlled automatically. Should the vehicles lose radio contact with the control system, they must be able to make safety and emergency stops at any time. For this purpose, they record their surroundings with perception sensors, depth cameras and LIDAR systems. "Remote control of mobile robots, such as rovers on planetary surfaces and trucks in inaccessible environments on Earth, are closely related tasks. Both environments are dangerous, difficult to navigate and very demanding in terms of reaching their target destination. We believe that the use and operation of remote-controlled robots is sensible because they do not put people at risk and because they are cheaper than air freight," explains Wedler.

Yasuhide “Yasu” Yokoi is the cofounder of design and technology firm Final Aim Inc., which works with laboratories, startups, and multinational companies to transform ideas into tangible solutions.

How autonomous robots know where they are