Humanoid robots have been a topic of deep interest amongst engineers due to their ability to perform in environments primarily designed for humans. The field of robotics in general is quite unique as it is made of a fusion of many disciplines from mechanical design to biology. However, the humanoid is particularly fascinating to humankind as it mimics the human form.  Generally speaking, a robot can perform a variety of tasks autonomously. Robots can fall into different categories such as industrial, service, social, humanoid, etc..

Industrial robots, for instance, as the name suggests are designed with the intention of performing a specific task within an industrial context i.e. welding (commonly deployed in automotive plants), commercial vacuum cleaning, and so on. Humanoid robots on the other hand can be merely the design of a particular body part or a complete imitation of the human biomechanics. Through developing humanoids not only we can build machines that are able to operate in human environments but also gain a better understanding of the movements of the human body. This also enables us to design and create more optimal protheses for injured people.

The key consideration associated with the outer appearance of the humanoid robot is how much it will emulate human features. The cornerstone of developing humanoid robots is that they can interact seamlessly with humans. So, understanding how much verbal understanding or response it should be able to perform is paramount. This also determines to what extent these robots can navigate environments natural to humans and operate as such.

Suffice it to say, when designing a robot, important factors include size, strength and weight. In addition, application plays a crucial role in the development and design process. For example, the infamous ATLAS robot from Boston Dynamics is designed for physical performances whilst doing motion generation. To perform tasks at a fast pace, humanoid robots should account for stiffness and power output, light weight and more vigilant real-time information processing capabilities. All in all, The design principles can be divided into four following categories:

Human structure has always been the source of inspiration for the humanoid robot's kinematic structure. Thus, most humanoids resemble human features such as head, legs, hands, feet, etc. Moreover, these robots typically include similar Degrees of Freedom (DOFs) to a human being. Evidently, such robots are designed to be human-like. Thus, the center of motion of the robot should be located in the vicinity of its ‘belly button’. The human musculoskeletal system is essentially made up of bones, cartilage, muscles, tendons and skin. It consists of more than 206 bones and 600 muscles.

Through biomechanics, the musculoskeletal system can be regarded as a mechanical system: the bones can be the rigid links, and the cartilage connects these links. The lower body is generally composed of a waist, upper legs, lower legs and feet in a redundant and human-like kinematic configuration, similar Range of Motion (ROM) and similar joint velocities and accelerations. The ‘legs’ consist of 3 rotation joints with one joint allowing for knee flexion-extension and two other for the flexion-extension and prono-supination of ankles. The type of application determines the grippers used in humanoid robots. 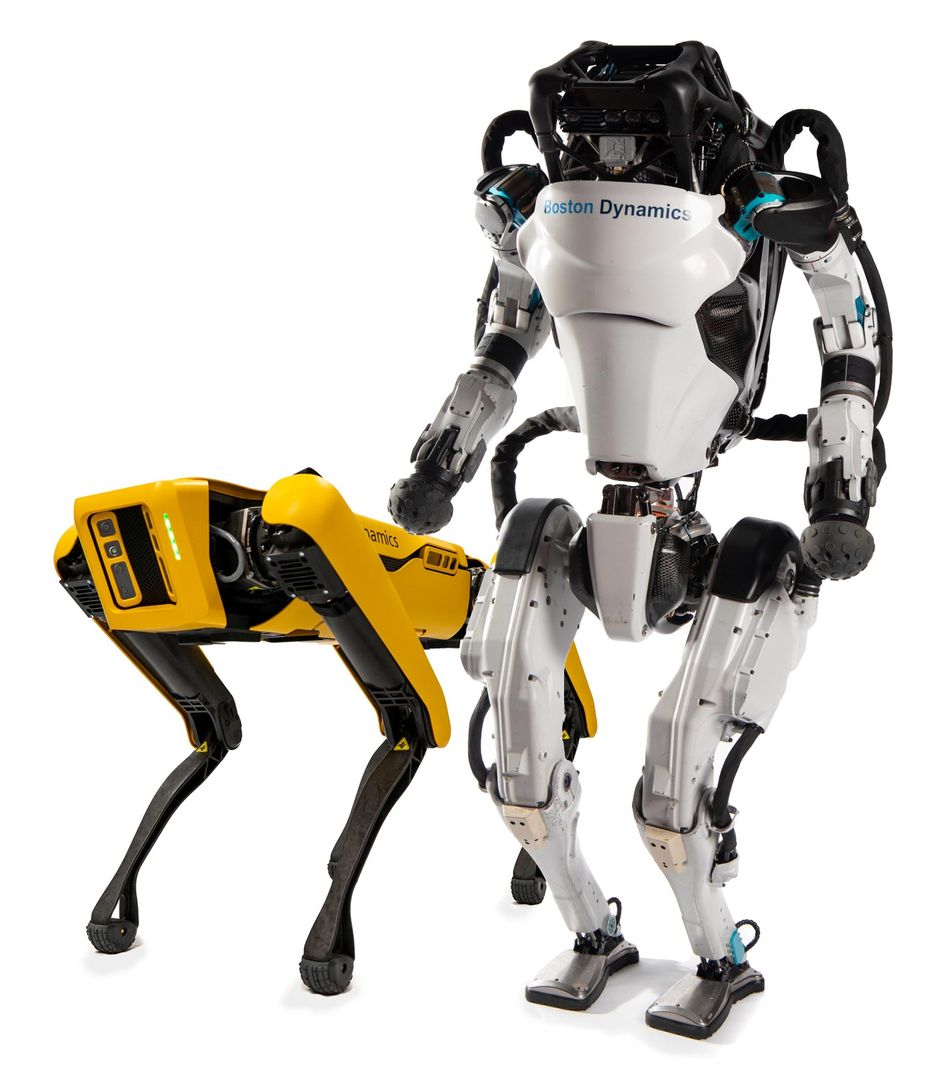 Feet are perhaps the most important aspect and they must handle impacts of landing and prevent slippage. Humanoid robots should possess soles with materials and shapes that provide enough friction. For instance, the LOLA robot (a project built with the goal of creating a machine that is capable of stable and fast walking) deploys Sylomer (a special elastomer material) with an elastic modulus that is higher at the heel.

There’s a wide variety of tasks a humanoid robot can overtake, from extreme or dangerous environments to healthcare. The technology pioneering the progress of these robots continues to grow by leaps and bounds and so does with it their application.

Human–robotic interfaces to shape the future of prosthetics

Mechanical Design And Control System Configuration of a Humanoid Robot

This paper is about fast slosh-free fluid transportation. Existing approaches are either computationally heavy or only suitable for specific robots and container shapes.

Because your robot’s not going to program itself (yet)

In this video, the Franka Emika Robot is moving blank sheet metal into the machine where it is pressed.