Forze Hydrogen Racing is a student team that designs, builds and races the world’s fastest hydrogen racing car. Their aim is to make mobility more sustainable by promoting hydrogen as a proper alternative to fossil fuels. The approach is to show that the technology performs in a serious racing car, and that it is even competitive against normal petrol cars.

In the 15 years of existence, it all started with building hydrogen-powered go-karts. Over the course of several years, this evolved into the development of proper full-size hydrogen racing cars, the most recent car being the Forze VIII. Together with over 120 partnering companies, the Forze team of over 60 dedicated students pushes the boundaries of hydrogen technology. The focus now lies with building a new car: the Forze IX.

The beating heart of the car is the fuel cell. In this crucial component, the hydrogen from the tanks is allowed to react with oxygen that is taken from the air. In this reaction electricity and water are produced, it is essentially ‘reverse electrolysis’. The electricity is used to power the electro motors and the water is emitted. To ensure that the fuel cell functions properly, the air that is taken in at the Cathode side of the fuel cell has to be processed extensively. A variety of pollutive particles present in the air - such as from the exhaust fumes of petrol cars - is filtered out, after which the air is compressed and cooled. A humidifier wets the air before entering the fuel cell, in order to ensure functionality and to keep the membranes in the fuel cell intact.

On the hydrogen, also known as Anode side of the fuel cell, the most obvious critical components are the hydrogen tanks. In total, around 6.4 kilograms of hydrogen can be stored in these under 700 bars. The hydrogen is brought back to near-atmospheric pressure before entering the fuel cell. A custom in-house designed ejector is developed, which recirculates the hydrogen that is not used in the fuel cell back into the system again. This is a particularly interesting component, because it fulfills the same function as a pump, but does not require external power - usually a rather energy-guzzling operation. Instead, it uses the potential energy of hydrogen at high pressure to ensure recirculation. 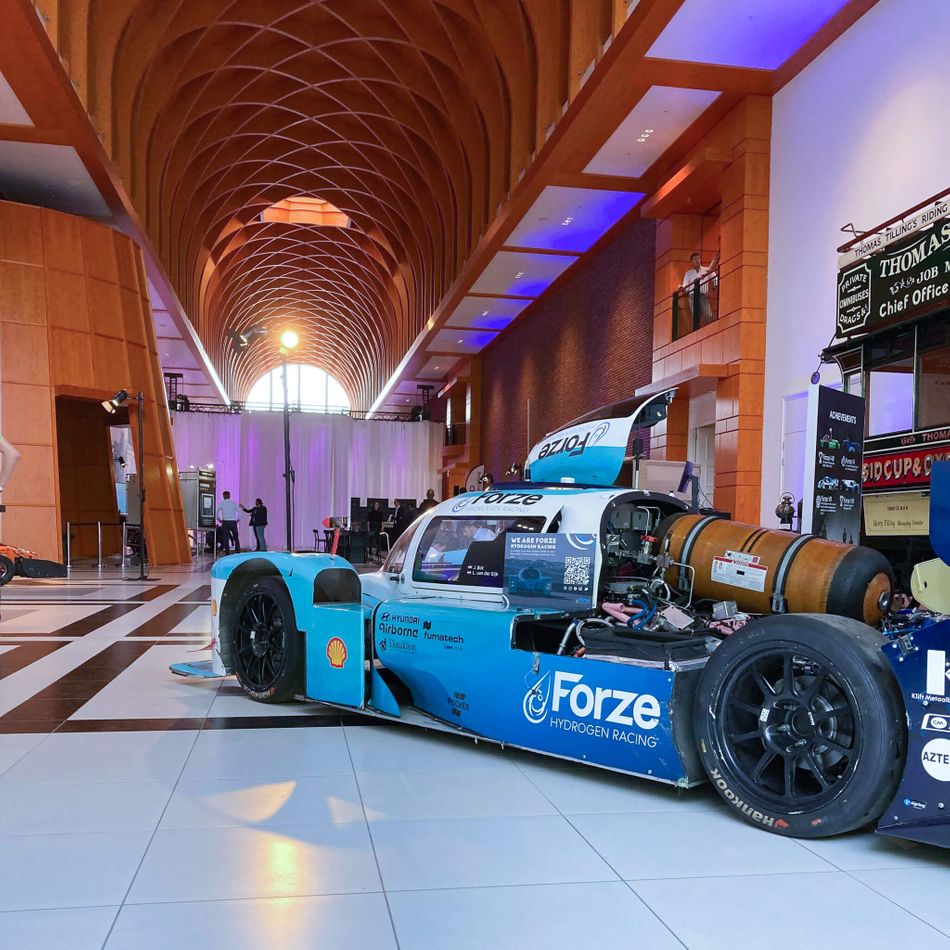 The car needs a lot of cooling, because a lot of components produce serious heat during racing. The fuel cell can only reach temperatures of around 80 degrees Celsius, while the drivetrain is also prone to overheating. Specifically designed carbon bodywork parts ensure proper routing of air into the radiators that cool all the cooling cycles.

Hydrogen can be obtained by using green electricity, which is what makes it a sustainable way of storing energy. More and more people are getting to know the technology and its potential, but there is a lot of progress to be made in this area. This is why focus lies on explaining about hydrogen and proving that it is a qualitative solution to the problem of fossil fuels in mobility. The aim is also to educate secondary school students to enthuse them about hydrogen technology, but our focus sensibly lies with racing and engineering enthusiasts as well.

You could see Forze as a hydrogen promotion team which uses the car as a main marketing tool. By showing that the technology is accessible and within reach for a team of students, they want to emphasise that it is possible and a realistic alternative.

A commonly asked question is whether the car actually drives, and the answer is yes! It has participated multiple times in the Dutch Supercar Challenge on the circuit of Assen. In August of 2019, a 2nd place finish was even achieved in a race against 40 conventional petrol-powered cars. The plan for the succeeding car: the Forze IX is to race against petrol cars in the Super GT class on the Circuit of Zandvoort.

In essence, motivating people to work on sustainable technologies is the prime target, and showing that a lot can be achieved if you put your back into it. 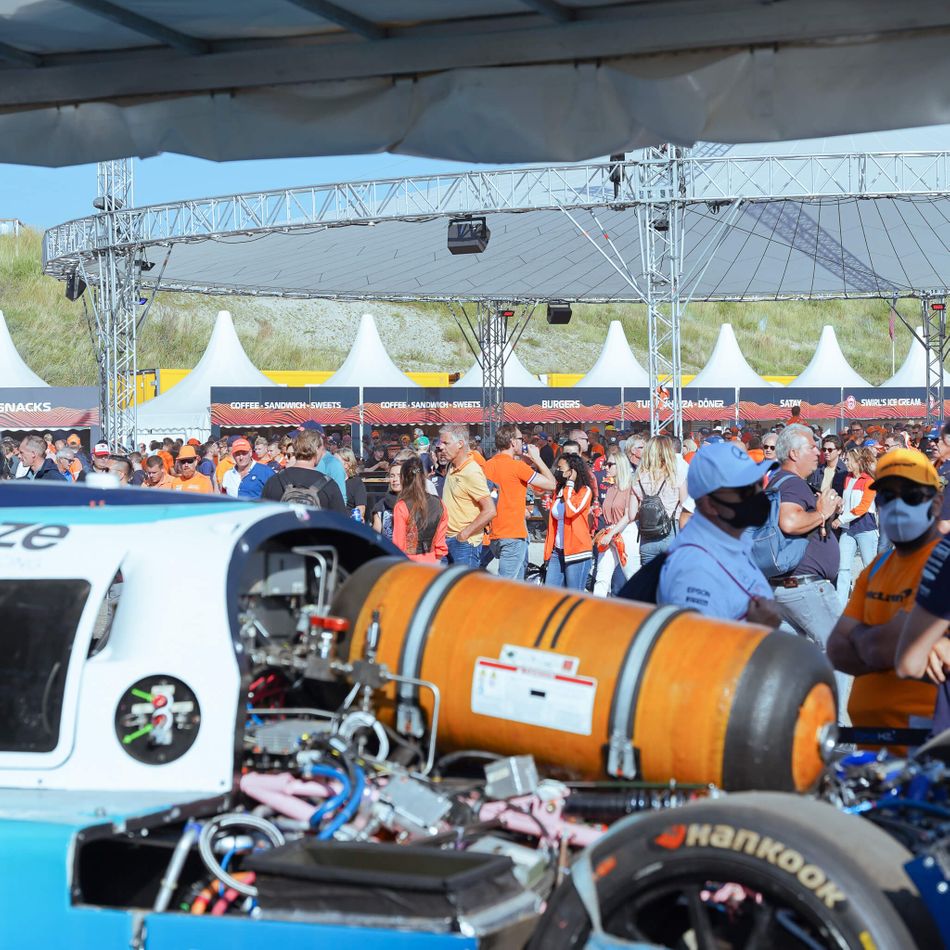