The first car my family had during my childhood was a 1967 Hillman Hunter built by the Hillman Motor Car Company in Coventry, England. In case you are a bit shocked about the year…...where I grew up, we got cars that had already been out for a while. I am old but not THAT old. 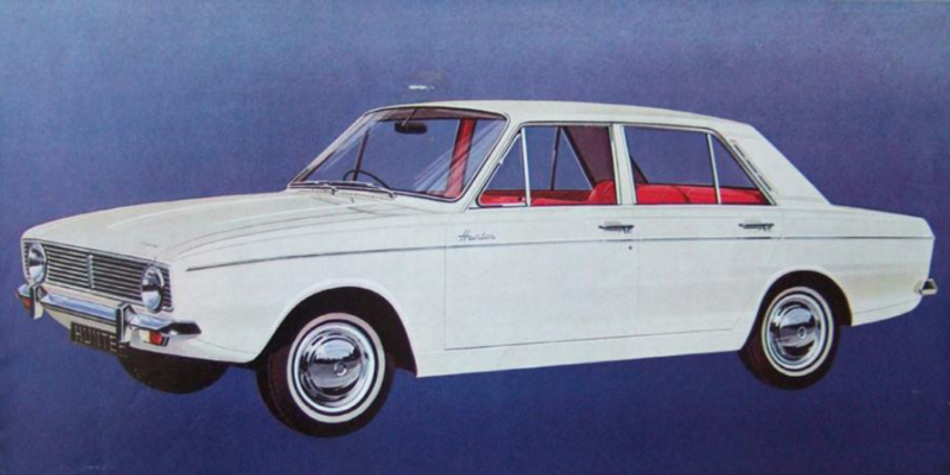 Recently I found that the Hillman’s wiring harness had only about 50 wires, totaling about 100 feet in length. Compare that to today’s cars that have more than 1500 wires that can total close to 1.5 miles in length and weigh more than a 100 pounds! And the harness may be getting heavier; in a recent conversation with an automotive OEM, they stated that the weight has jumped by about 30% in just one model evolution with the integration of Autonomous technologies.

So, there ought to be a strong focus on having just one In-Vehicle Network inside the auto, right?

Bandwidth Requirements for the Future IVN

The requirements for the In-Vehicle Network (IVN) include high bandwidth, low latency, and high reliability to operate in the harsh operating environment of the automobile. Over the years, there has been multiple technologies such as Analog, CAN, FlexRay, LIN, LVDS, and MOST that have been used for the IVN. When we look at next-generation applications though, these legacy technologies cannot support the bandwidth requirements; moreover, some of them are proprietary and high in cost.

To get a better understanding of the bandwidth requirements, remember that the approximate bit rate of a video stream can be calculated as:

So, for an ADAS camera capturing a 1080p image with a color depth of 24-bits and transmitting at 30fps, the bit rate to be supported equals:

The Table below shows typical volumes of data from the different sensors involved in autonomous driving:

Multiple Competing Standards for the IVN

So, is the IVN going to be Ethernet, SERDES, or both?

Some automotive OEMs and Tier 1s feel that for a few initial years we may see both Standards, but after that automotive Ethernet with data rates up to 100G will subsume all others.

Kirsten Matheus, Engineer at BMW might have a slightly different point of view. She has suggested that SERDES is necessary and the right technology for ADAS sensor connections that carry asymmetric data point-to-point; whereas Ethernet is a networking technology good for other automotive applications. Considering that Kirsten played a key role in the standardization of automotive Ethernet, her views should hold some weight.

Automotive OEMs that are trying to finetune their IVN roadmaps, could adopt one of two strategies:

Testing of the IVN

As far as Testing of the IVN is concerned, it is important to test transmitter, receiver, and channel performance. What is interesting is that: With hundreds of tests to be performed, automated compliance test software with interpretation of specifications, repeatable results, setup wizards with user-friendly GUIs,  and report generation seem to be just as important for automotive engineers as technical specs such as bandwidths, sampling speeds, and signal resolution.

Transmitter testing is done mostly with an oscilloscope to ensure signals being sent are not the cause of impurities; while receiver testing is done to check accurate detection of input signals - using signal stimulus or Arbitrary Waveform Generators. Impedance and return loss measurements are important in time and frequency domains to ensure reliable system performance and to diagnose signal integrity issues.

Recently due to minimal use due to COVID, my car would not start. I thought back to our family Hillman - my dad would just have to jiggle a couple of wires and it would always work. Well, after 10 minutes of jiggling I realized that was not going to work anymore. It is hard to know where to jiggle if you have close to 1.5 miles of wiring.

For better or for worse, in-vehicle networks have come a long way since the days of the Hillman Hunter.

Accurate test gear accelerates innovation – so don’t miss Keysight University Live from the Lab. Join us for an exclusive sneak peek at the never-before-seen test gear, tips from industry vets, and a chance to win prizes like oscilloscopes, RF, and bench equipment. Gear up now…

Article #1 of our Connected Transport Series. How The New 5G Mobile Standard Takes Connected Driving Another Step Closer to Reality.

Article #2 of our Connected Transport Series. Sensors activate automatic braking to avoid collisions when objects are too close, and they enable headlights to pan as we turn. But high-speed transfer of data is required to keep the connected advances coming.

Towards a system of systems: Networking and communication between vehicles

Enabling vehicles to share communicate with other road participants, traffic infrastructure, and the cloud will be essential for autonomous vehicles, and could create safer, more efficient mobility and transportation.