Image by marijana1 from Pixabay

Zetian Mi leads new MURI (Multidisciplinary University Research Initiative) consisting of individuals from four institutions who are attempting to synthesize fuel and chemicals using the power of the sun. The entire process is known as artificial photosynthesis, and provides a pathway for sustainable energy independence. The project name called “Tunable III-Nitride Nanostructures for N≡N and C-H Bond Activation.”

“The fundamental process is considered the Holy Grail of renewable energy and sustainability,” said Mi.

The process, which involves solar photocatalysis, would provide a new, inexpensive method to produce clean chemicals and fuels such as green hydrogen and methanol utilizing solar energy. Solar photocatalysis uses the energy of the sun to accelerate a chemical reaction in materials into which a catalyst has been added. The process could also generate one of the most common fertilizer ingredients – even in remote locations.

Traditional artificial photosynthesis works by splitting ordinary fresh or salt water into hydrogen and oxygen, and then reducing carbon dioxide to hydrocarbons – all through the power of the sun. The new semiconductor based photocatalysts can offer much more, including novel photoelectrochemical reactions to turn natural gas to liquid chemicals and fuels.

Research in this area has been going on for some time, explains Mi. But to make it really work, there are three major challenges that still need to be overcome:

In addition, says Mi, “solar-powered artificial photosynthesis requires us to have a semiconductor material that can absorb a large part of the solar spectrum, which means it has to have a relatively small band gap.” 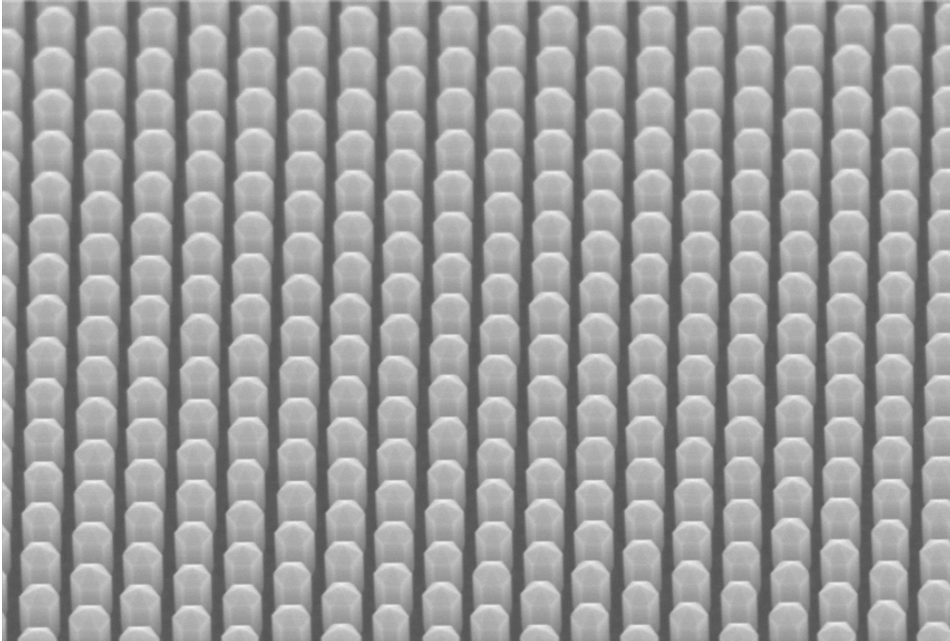 To be precise, said Mi, “To our knowledge, with our III-nitride nanostructures, we have demonstrated to date the most efficient artificial photosynthesis system capable of direct pure water splitting; the first photo-electrochemical water splitting device with over 3,000 hours of operation without any degradation; the first light-driven conversion of methane into aromatic compounds with selectivity >90%; and photo-reduction of nitrogen to ammonia under visible light at ambient temperature.”

Building on these accomplishments, Mi’s team aims to provide a single process that is efficient, selective, and stable enough to be a viable solution for society’s needs. They have already discovered that when antimony is added in extremely small quantities to the mix, it significantly reduces the energy required to make the entire system work.

“And you can even go one step further,” said Mi, “and put indium and antimony together with gallium nitride. Then you have indium gallium antimony nitrogen – a quaternary compound with tunable energy bandgap and energy band edge positions. When you put all those elements together, you really see dramatic effects that are not possible with any of the combination of the three elements.”

The team also plans to tweak the chemistry in a different direction, using nitrogen and water to make ammonia, a key ingredient in fertilizer. Ammonia is a similar molecule to methane, a nitrogen atom bound to three hydrogen atoms.

Mi has been building an interdisciplinary team to realize the promise of his technology for a few years. Seed funding for early-stage research came from the University of Michigan College of Engineering, through the Blue Sky Initiatives program. Mi, as director of one of these grants, led a team of 11 faculty from several departments.

“The science and engineering challenges we face today are highly complex and often intersect more than one scientific discipline,” said Dr. Bindu Nair, director of the Basic Research Office in the Office of the Under Secretary of Defense for Research and Engineering (OUSD(R&E)). “MURIs acknowledge these complexities by supporting teams whose members have diverse sets of expertise as well as creative and different approaches to tackling problems.”

“If we can build a semiconductor device to directly convert solar energy to a chemical fuel, like what nature does with photosynthesis but with significantly higher efficiency, better stability, and very low cost, we could address some of the most critical energy and environmental challenges of the 21st century,” said Mi.

Bifacial solar panels are capable of converting rays of sunshine into energy from both their front and rear-sides. This leads to higher energy efficiency and greater energy production.

Physical chemists and chemical engineers led by EPFL have used a chemical tweak to push the power-conversion efficiency and operational stability of perovskite solar cells to 25.6% and at least 450 hours respectively.

A new theory sheds light on a mystery that has plagued the field of solar research for years.