Maysam Chamanzar of Carnegie Mellon University and Azadeh Yazdan of the University of Washington have received a National Institutes of Health (NIH) R01 grant to create a dural smart port that will allow direct access to the brain using optical and electrical stimulation, as well as recording. Chamanzar, an assistant professor of electrical and computer engineeringOpens in new window and biomedical engineeringOpens in new window, describes the smart dura implant as a “universal port into the brain.”

The device represents the successor to current artificial dura, small ports that replace the connective tissue (dura) surrounding the brain, providing access to the organ. Artificial dura may be removed for short periods of time to place electrodes that allow for stimulation and recording, though not without risk for infection or the regrowth of dura tissue, potentially obstructing the port. To prevent this, the team’s smart dura will utilize a biocompatible material with both optical and electrical recording and stimulation capabilities permanently integrated into the port itself. This would minimize the risk of dura growing back, as well as any need for regular exposure of the brain tissue beneath. 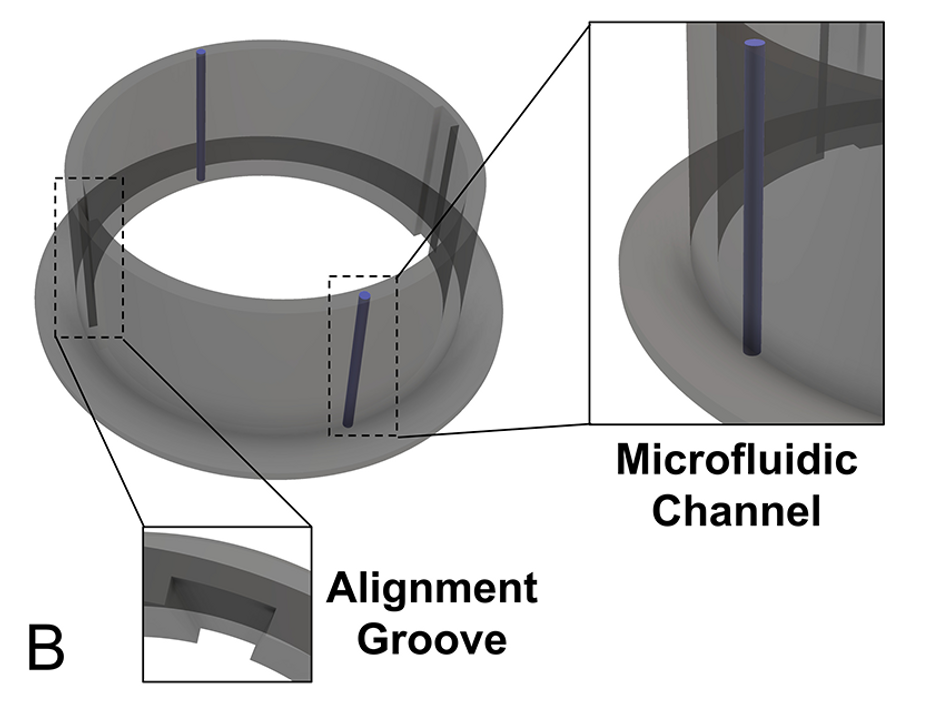 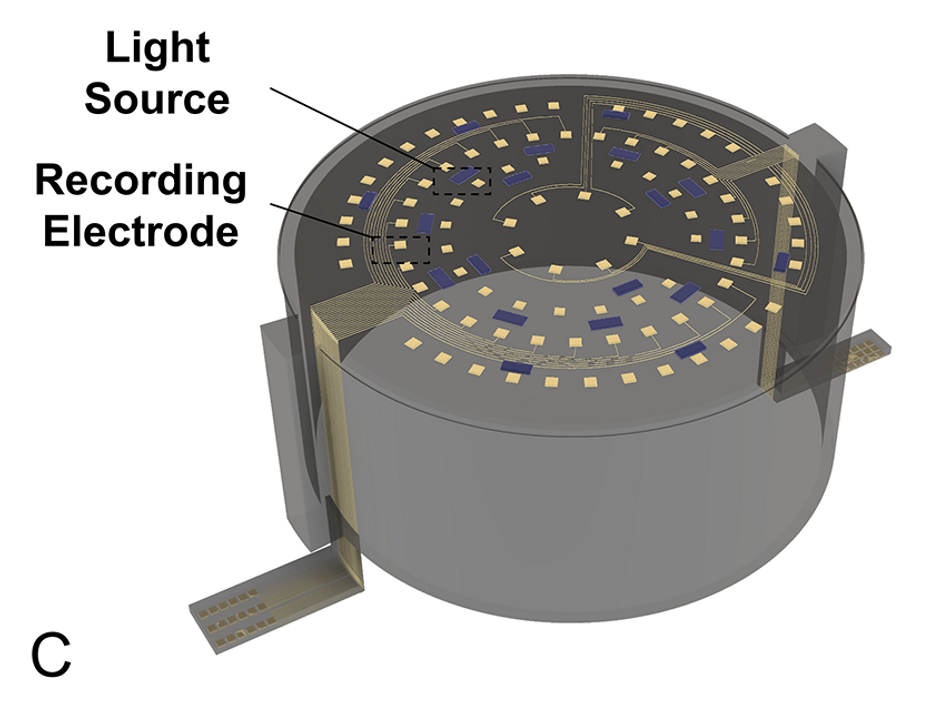 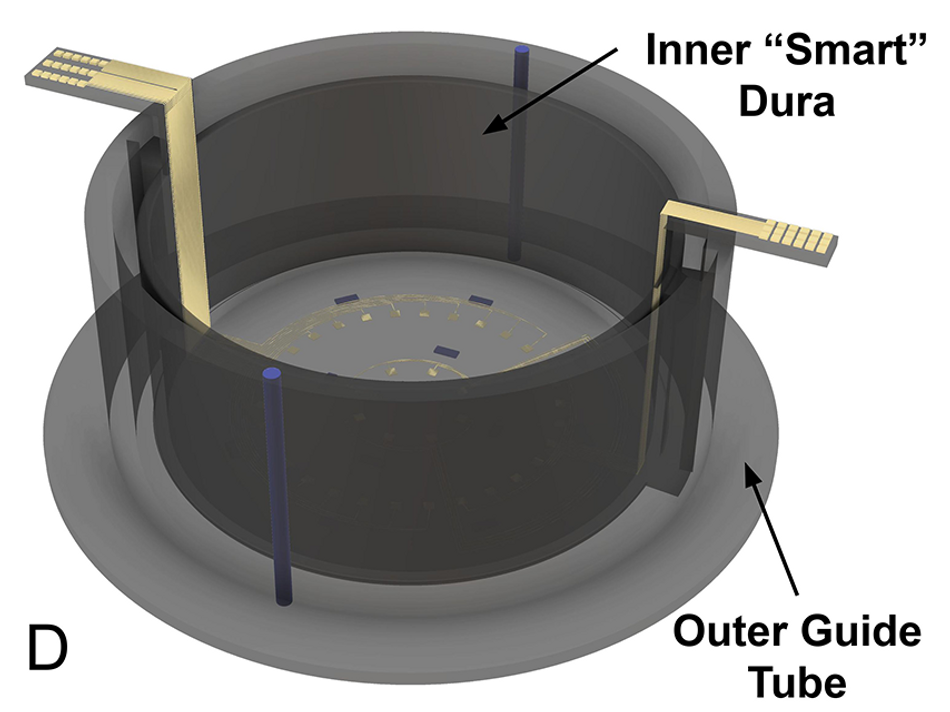 The design bases on a biocompatible polymer folded into a precise 3D structure through nanofabrication techniques developed by Chamanzar. One of the team’s goals is to also make it transparent, allowing for direct visual observation of the brain itself for imaging neural activity or blood flow in the underlying vasculature while the smart dura is in place.

Having optical and electrical sensors permanently implanted in the dura could aid in the monitoring and treatment of conditions such as epilepsy, brain tumors, or even mental illnesses. This could lead to new treatment paths for neurological conditions like these, especially in conjunction with modern machine learning and artificial intelligence techniques. 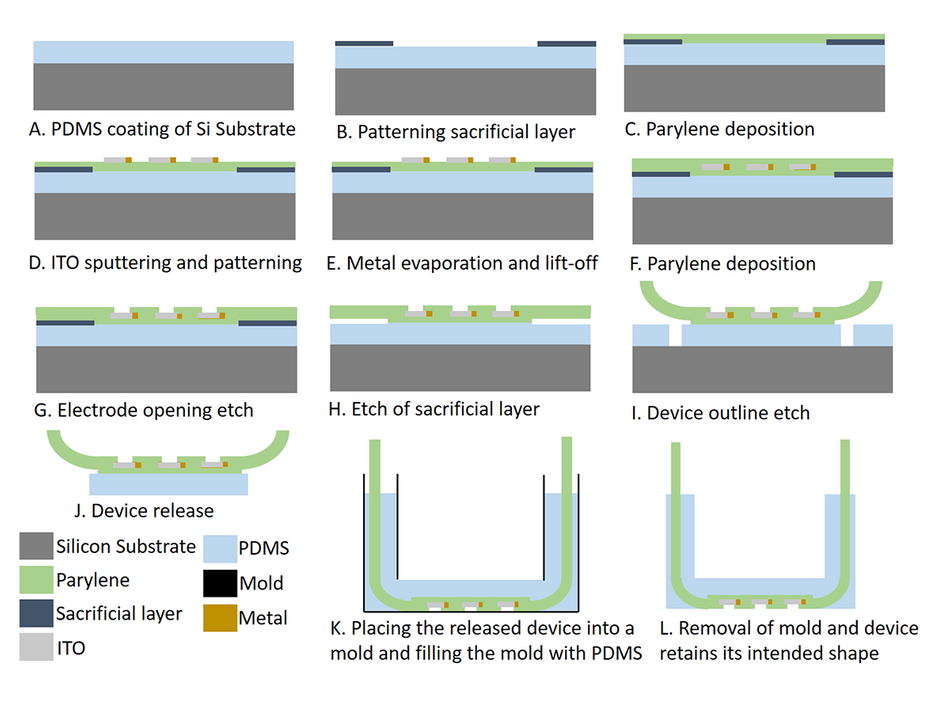 For individuals suffering from permanent brain damage or impairment, artificial intelligence would enable the implant to actively monitor brain activity and provide stimulation as needed to attempt to restore its original function. For instance, selective stimulation of tissue damaged by a stroke could help to rewire the brain to restore the lost function. Similarly, a smart dura implant in an individual suffering from epilepsy may be able to sense the onset of a seizure and initiate a stimulus pattern in response to stop the seizure from happening.

Neural implants that penetrate through the brain tissue are fast becoming a major focus of innovation; however, the delicate complexity of the brain means this area is fraught with obstacles to being approved for widespread human usage. Recent efforts in academia and industry promise much, but often understate the risk and obstacles posed by attempting to implant wires within the brain itself.

“Our smart dura, is designed to have embedded functional elements for closed-loop electrical and optical recording and stimulation from the surface of the brain. Therefore, it can be a viable solution for chronic, long-term interfacing with the brain for a whole range of applications from brain-machine interfacing to designing new therapeutics,” says Chamanzar. “The stimulation pattern can be adaptively adjusted based on the feedback from local recordings or the behavioral readout.”

In creating a less invasive implant, Chamanzar and Yazdan will design an effective and minimally-invasive smart dura that can be implanted through the skull, interacting with the surface of the brain without penetrating and disturbing its sensitive tissue. This five-year NIH-funded project will bring the smart dura into reality and utilize artificial intelligence to potentially provide significant aid to those suffering the effects of neurological disorders or mental illness.

In terms of clinical relevance, I think the smart dura is closer to being approved for humans compared to penetrating electrodes.

Chamanzar concludes, “In terms of clinical relevance, I think the smart dura is closer to being approved for humans compared to penetrating electrodes, especially for patterned electrical stimulation and recording.”

Professor Ricky Wang and Professor Wyeth Bair of the University of Washington, as well as ECE’s Professor Elias Towe, are co-investigators on the project.

One step closer to an adaptive connection with the brain, which makes advanced prostheses and regenerative medicine possible

Memory, Neuralink, and Immortality of Consciousness

Is there a way to preserve the fleeting, fragile stuff that makes us who we are?

Could prosthetic limbs one day be controlled by human thought?

A simpler technique for detecting electrical activity in the brain could help unlock the power of the mind to direct the movement of prosthetics.