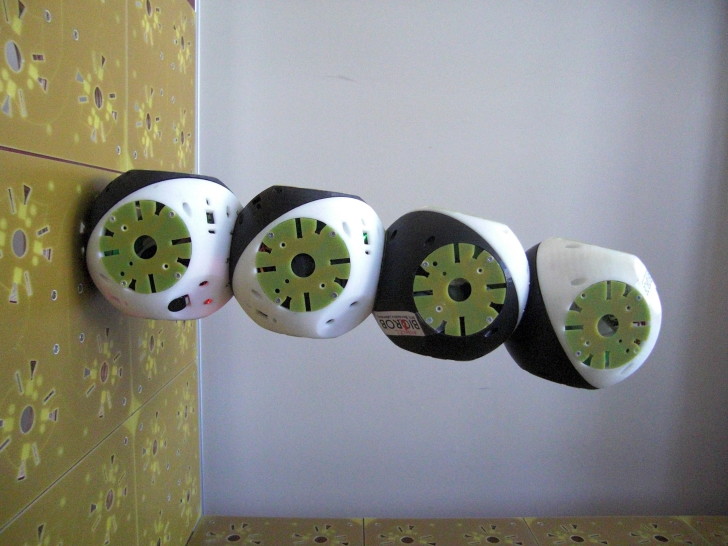 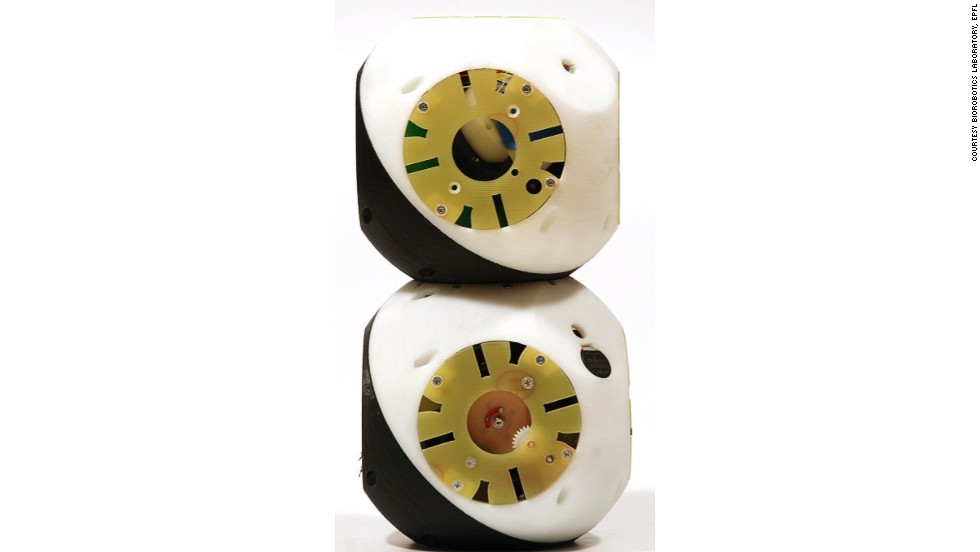 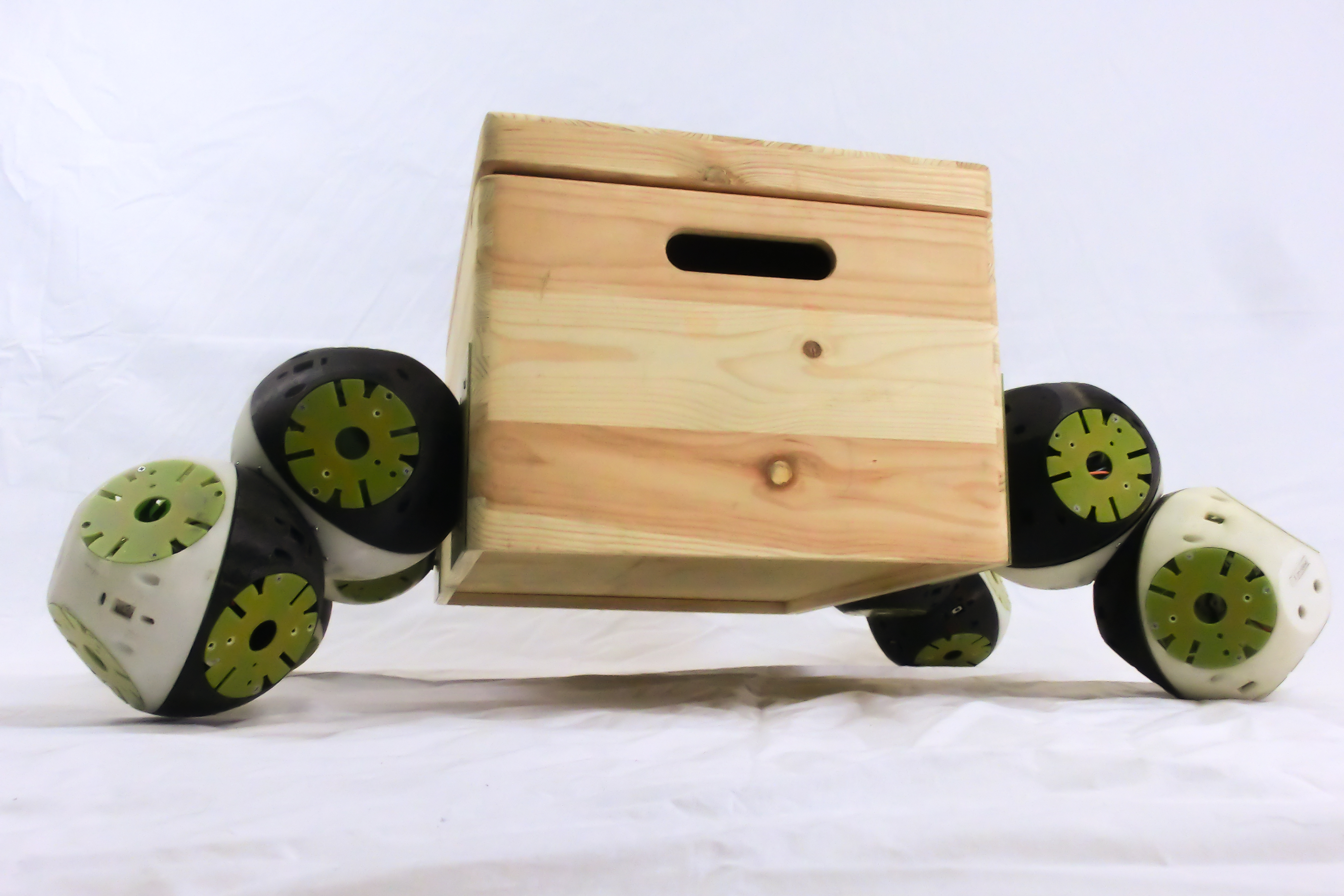 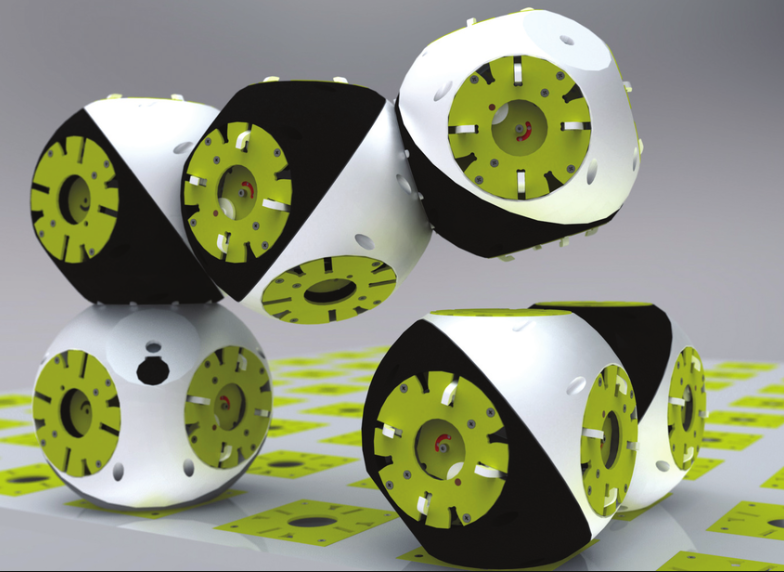 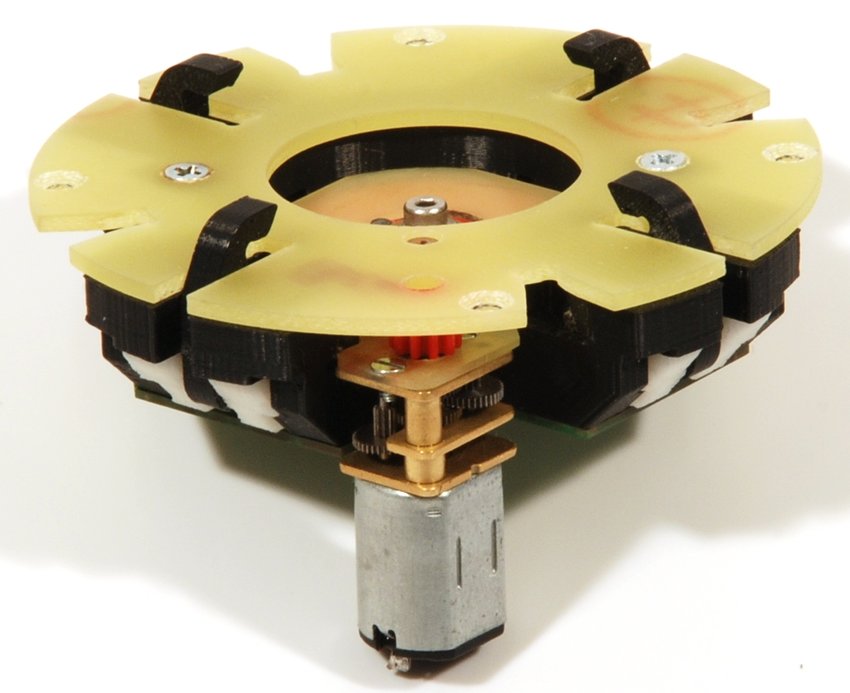 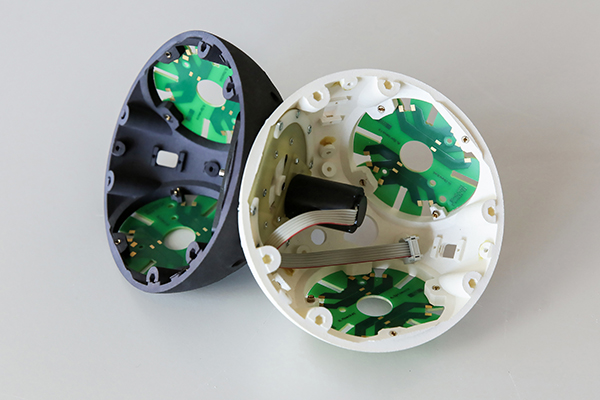 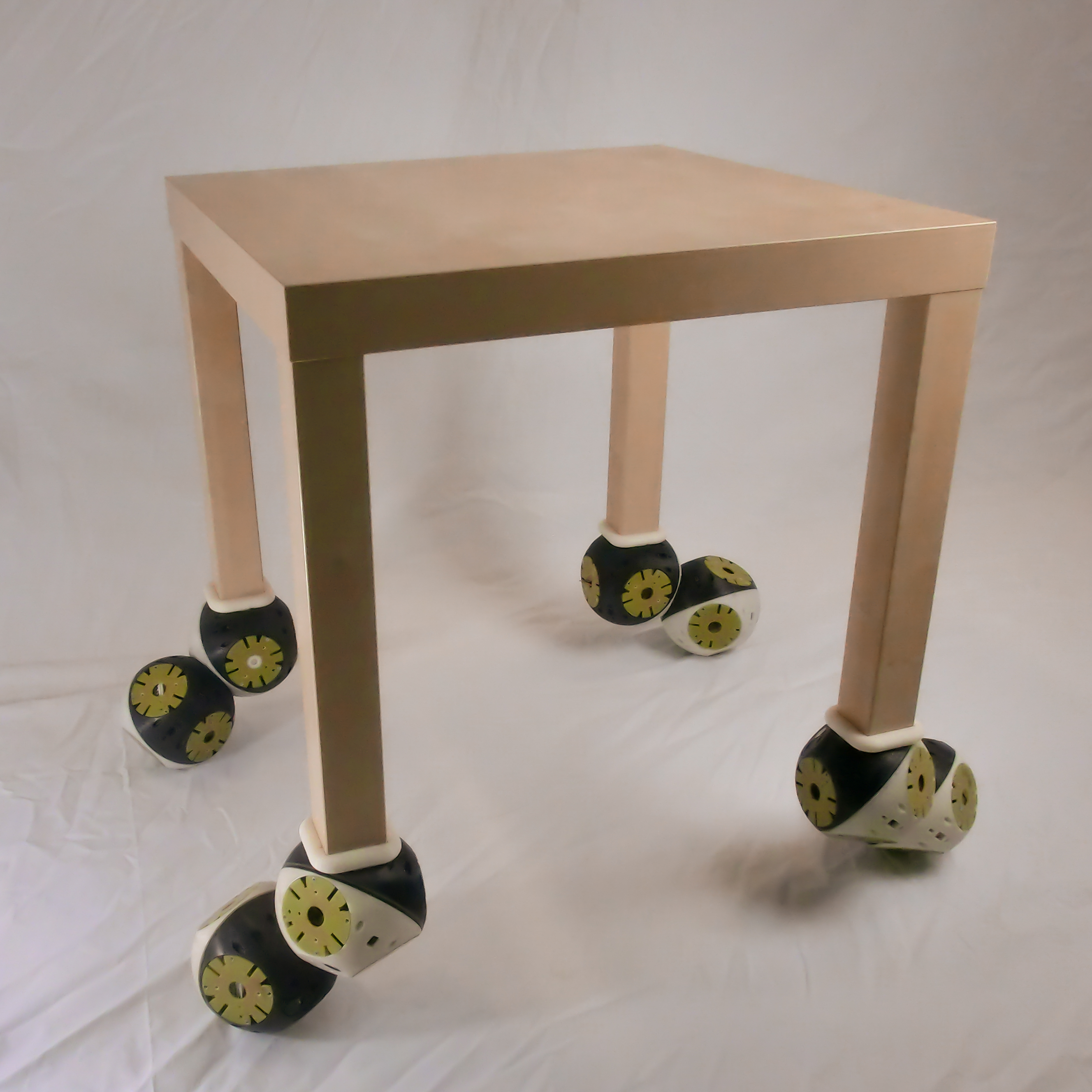 The Roombot is a modular robot with lots of connectors and a hinge in the middle. They can autonomously combine to turn themselves into all sorts of different pieces of furniture. They are able to move around on command.

Each module is just 22cm long and the team imagines just 10 of them could combine to build a broad range of furniture.

Active Connection Mechanisms (ACMs) use mechanical latches to create the connection with the target connector. Roombots ACMs are hermaphrodite, meaning that both male and female parts are on the same connector. This means that any ACM can connect to anyother ACM. In addition, ACMs can also connect to passive ports, which are basicallyfemale connectors.

Each module is fully autonomous and has its own set of control boards and batteries. High level commands are coordinated from a central host that is able to communicate individually with each module.

Each module is able to run its locomotion controller with a set of parameters. The high level control (i.e. motion planning) is done by an external computer (PC). Communication between modules and PC is done via a wireless Bluetooth®link.

The Communication Board (BT) transmits the received commands and control-parameter sets to the other electronic boards using a wired communication bus. Electronic slip rings (SR) allow the distribution of the bus signal to every hemisphere. Motor Boards (MB) can receive locomotion commands and are responsible for the low-level control of the DC motors and for running a central pattern generator controller. There are three motor boards, one for each actuator. Each active connector is equipped with an ACMControl Board (ACM) that controls the opening and closing of the mechanical latches.

Challenges in the Locomotion of Self-Reconfigurable Modular Robots.

A thesis that identifies and targets three major challenges: hardware design, planning and control, and application challenges. Explores the hardware in detail and improves two major mechanical components of the robot: the actuation and the connection mechanisms. Analyzes the use of compliant extens

A thesis which presents the design and implementation of the self-reconfiguring modular robot.

Looks at applications and properties of self-reconfiguring modular robots, reconfiguration strategies for modular robots, and locomotion controllers, and places hardware and strategies within each of them. Describe the Roombots module concept and the currently existing hardware. Describes setup and

Describes the project and its motivation. Has a large collection of images and videos. Also links to more research papers and Roombots student projects and Master theses.