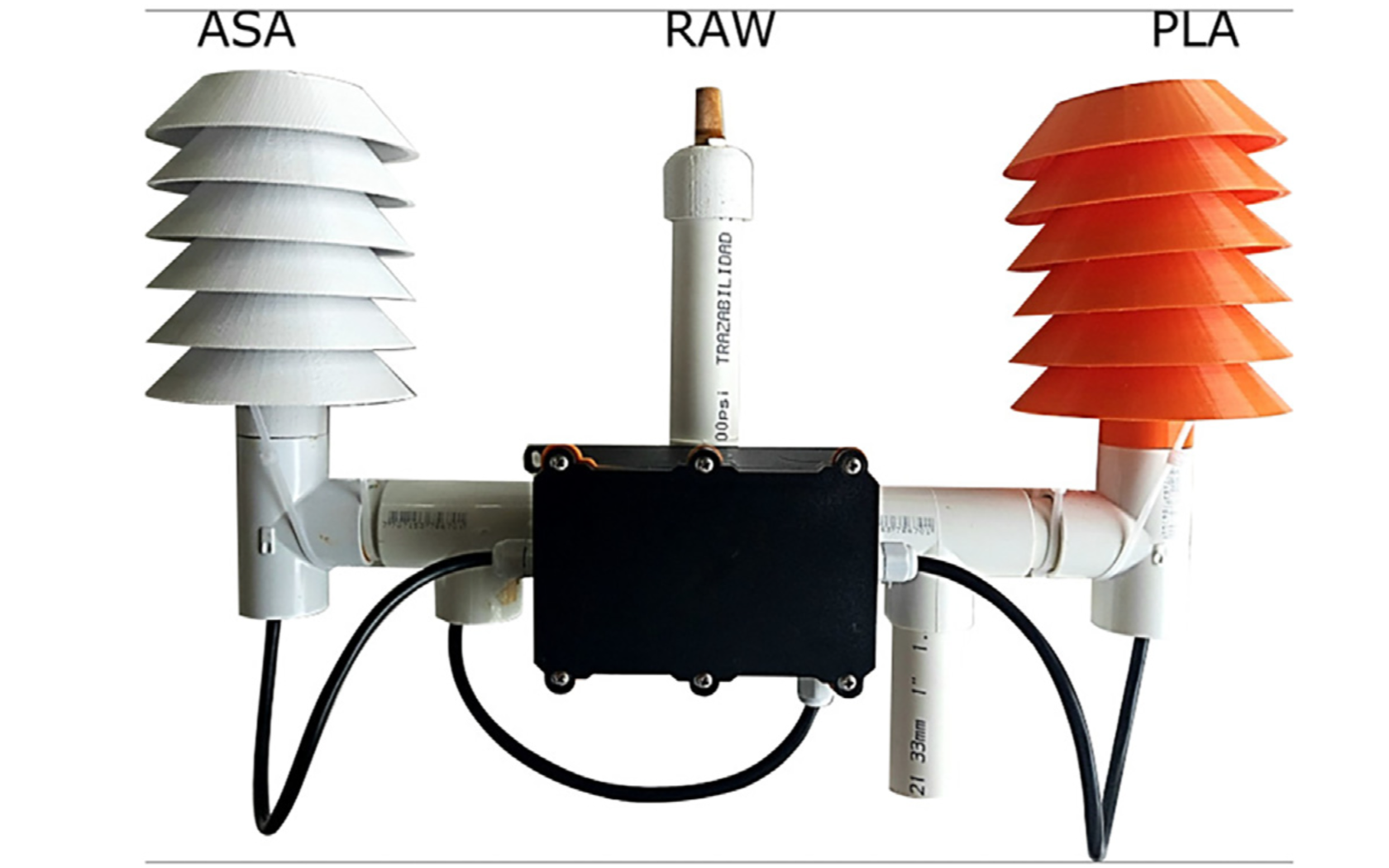 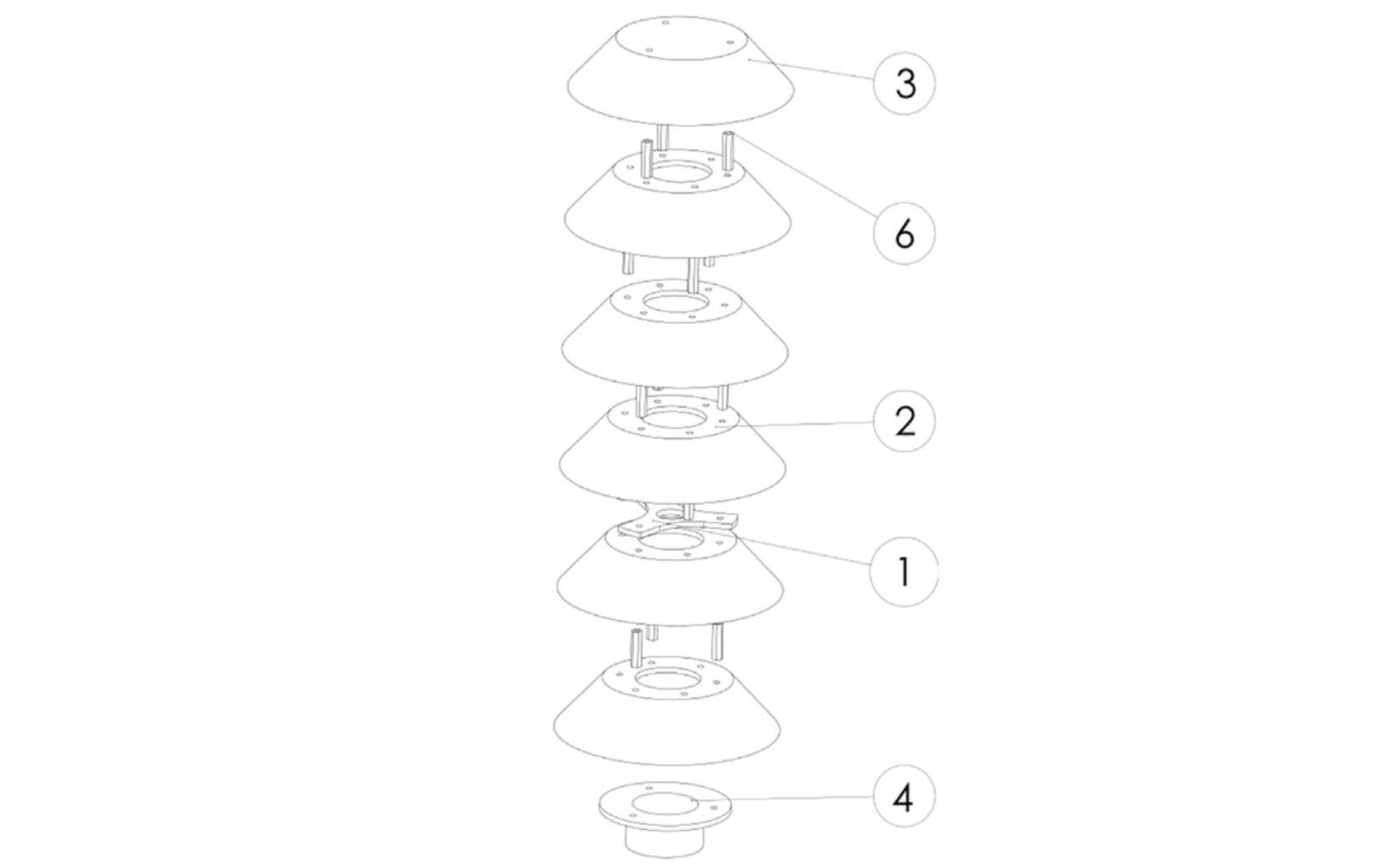 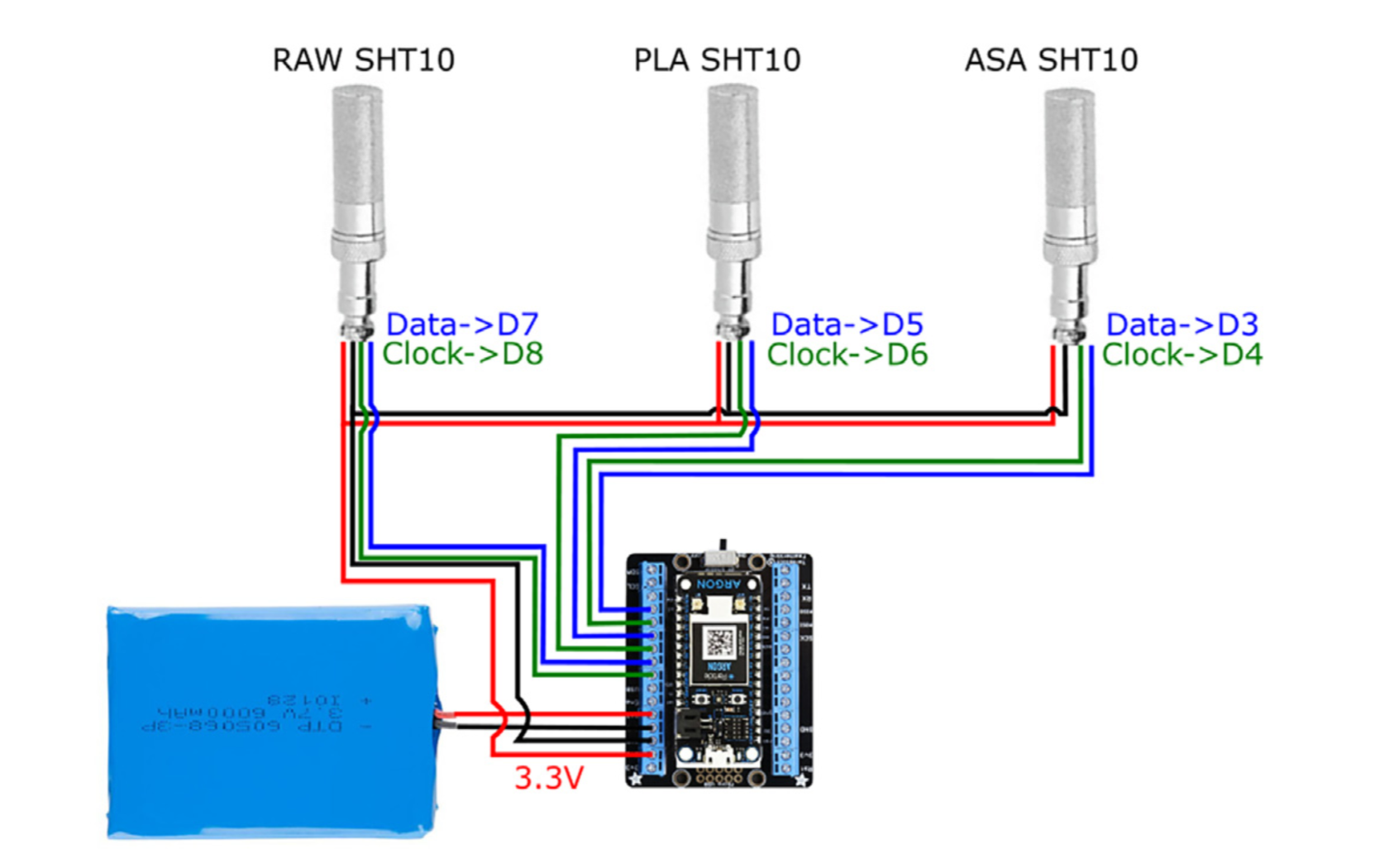 Various applications such as precision agriculture, environmental pollution monitoring, and ecosystems study require technology capable of measuring and assessing outdoor climatic and environmental variables. Several sensors are deployed to accurately measure environmental variables such as temperature, relative humidity, atmospheric pressure, and carbon dioxide. Most sensors require protection from bias due to climate factors which can be avoided through radiation shields. However, commercial radiation shields are fragile, costly, constrained, and challenging to execute for low-cost contexts or large installations for collaborative sensing.

This radiation shield is an open-source, versatile, and adaptable protection for environmental sensors. The design is made of 3-D printed components and economical off-the-shelf parts capable of isolating and securing sensors of different types. There are two versions fabricated. The first version was made of biodegradable polylactic acid (PLA) material, while the second one was made of acrylonitrile styrene acrylate (ASA), which protects the sensor from solar radiation. Each radiation shield is a nine US dollar open source system that enables numerous expansion of modular weather stations for smart agriculture monitoring.

The proposed radiation shield design aims to secure humidity and temperature sensors. Also, the device provides unbiased results caused by high system temperatures brought lack of ventilation and humidity concentration. The system can be employed with different sorts of sensors as protective housing. It is developed using an open-source design methodology, which maximizes the usage of globally available digitally replaceable parts and off-the-shelf parts.

The radiation shield is made up of four main components: pipe support that is used for joining the plate structure to a 1-inch PVC tube; plates or cones which protect and secure the sensor; sensor support used for setting the sensor (SHT10) in the center of the structure; and top plate which has no central hole and only has three holes to fix.

The radiation shield features six truncated cones, wherein five truncated cones have a central perforation, and the other one has no perforation, which acts as the system's roof. To promote airflow and keep the interior dry, the cones are arranged on each other using 20mm metallic M3 separators. The design allows the sensor to isolate itself from direct light and outside influence since the design for the sensor holder is added to the bottom-top second cone and secured with M3 screws. A 1-inch PVC pipe coupling is also installed to allow easy assembly in various arrangements or locations.

The design is set to STEP and STL format to allow the usage of different 3-D printing technologies. Two versions are fabricated to compare the quality of the measurement acquired from humidity and temperature sensor SHT10. In addition, two different approaches were executed for the design, the first version using polylactic acid (PLA), which is the most common 3-D printing filament, and acrylonitrile styrene acrylate (ASA), which is considered to provide better resistance against UV radiation, greater resistance to degradation and significant hardness.