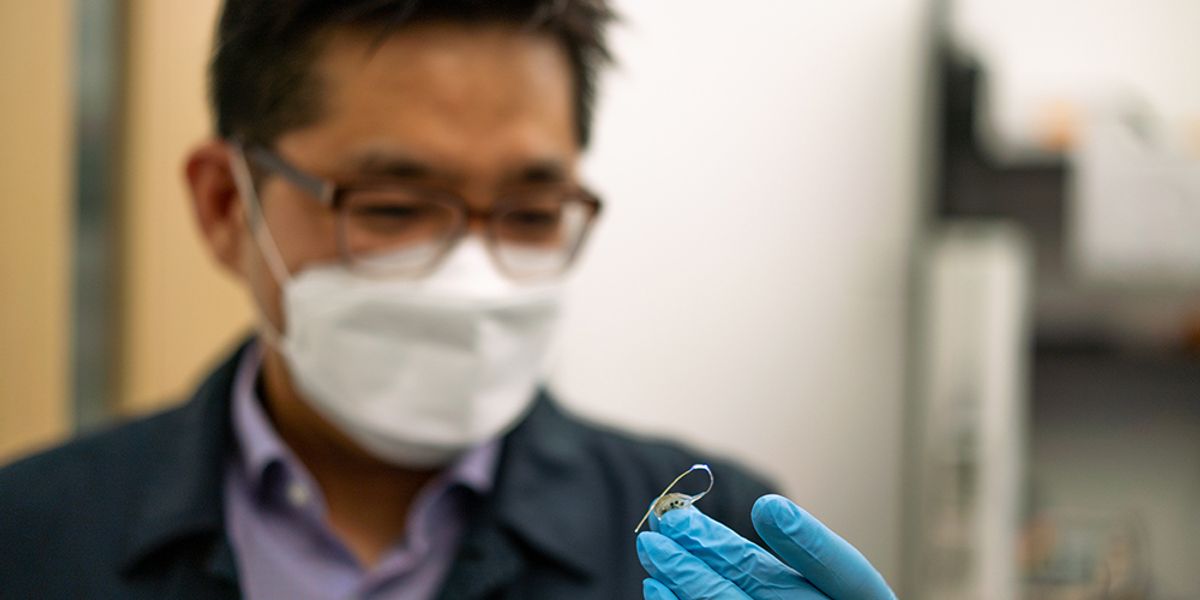 Gastric bypass surgery is sometimes the last resort for those who struggle with obesity or have serious health-related issues due to their weight. Since this procedure involves making a small stomach pouch and rerouting the digestive tract, it is very invasive and prolongs the recovery period for patients. In a new study, researchers at Texas A&M University have described a medical device that might help with weight loss and requires a simpler operative procedure for implantation.

Researchers said their centimeter-sized device provides the feeling of fullness by stimulating the endings of the vagus nerve with light. Unlike other devices that require a power cord, their device is wireless and can be controlled externally from a remote radio frequency source.

“We wanted to create a device that not only requires minimal surgery for implantation but also allows us to stimulate specific nerve endings in the stomach,” said Dr. Sung II Park, assistant professor in the Department of Electrical and Computer Engineering. “Our device has the potential to do both of these things in the harsh gastric conditions, which, in the future, can be hugely beneficial to people needing dramatic weight-loss surgeries.”

Further details about their device are published in the January issue of Nature Communications.

Obesity is a global epidemic. Furthermore, its associated health problems have a significant economic impact on the health care system in the United States, costing $147 billion a year. Additionally, obesity puts people at risk for chronic diseases such as diabetes, heart disease and even some cancers. For those with a body mass index greater than 35 or who have at least two obesity-related conditions, surgery offers a path for patients to not only lose the excess weight but maintain their weight over the long term.

In recent years, the vagus nerve has received much attention as a target for treating obesity since it provides sensory information about fullness from the stomach lining to the brain. Although there are medical devices that can stimulate the vagus nerve endings and consequently help in curbing hunger, these devices are similar in design to a pacemaker, that is, wires connected to a current source provide electrical jolts to activate the tips of the nerve.

However, Park said wireless technology, as well as the application of advanced genetic and optical tools, have the potential to make nerve stimulation devices less cumbersome and more comfortable for the patient.

“Despite the clinical benefit of having a wireless system, no device, as of yet, has the capability to do chronic and durable cell-type specific manipulation of neuron activity inside of any other organ other than the brain,” he said. 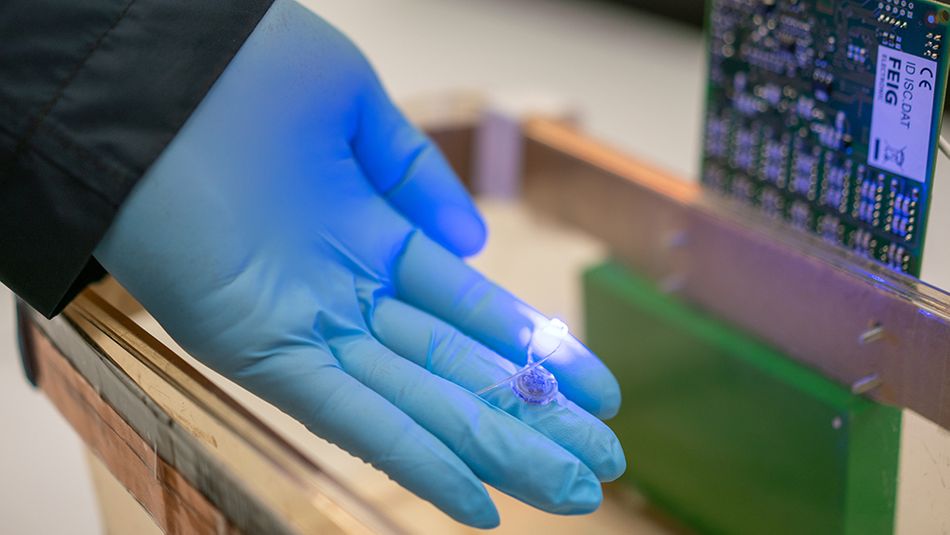 To address this gap, Park and his team first used genetic tools to express genes that respond to light into specific vagus nerve endings in vivo. Then, they designed a tiny, paddle-shaped device and inserted micro LEDs near the tip of its flexible shaft, which was fastened to the stomach. In the head of the device, called the harvester, they housed microchips needed for the device to wirelessly communicate with an external radio frequency source. The harvester was also equipped to produce tiny currents to power the LEDs. When the radio frequency source was switched on, the researchers showed that the light from the LEDs was effective at suppressing hunger.

The researchers said they were surprised to uncover that the biological machinery coordinating hunger suppression in their experiments was different from conventional wisdom. In other words, it is widely accepted that when the stomach is full, it expands and the information about stretch is conveyed to the brain by mechanoreceptors on the vagus nerve.

“Our findings suggest that stimulating the non-stretch receptors, the ones that respond to chemicals in the food, could also give the feeling of satiety even when the stomach was not distended,” said Park.

Looking ahead, he said that the current device could also be used to manipulate nerve endings throughout the gastrointestinal tract and other organs, like the intestine, with little or no modifications.

“Wireless optogenetics and identifying peripheral neural pathways that control appetite and other behaviors are all of great interest to researchers in both the applied and basic fields of study in electronics, material science and neuroscience,” said Park. “Our novel tool now enables interrogation of neuronal function in the peripheral nervous systems in a way that was impossible with existing approaches.”

Other contributors to the research include Woo Seok Kim, Sungcheol Hong and Milenka K. Gamero from the electrical and computer engineering department; Dr. Vivekanand Jeevakumar, Clay M. Smithhart and Dr. Theodore J. Price from The University of Texas at Dallas; and Dr. Richard D. Palmiter and Dr. Carlos Campos from the University of Washington.

This is one of those startups that’s not quite a startup, but in its own niche, poised to become a medtech category killer. Gilbert Technologies has spent a decade developing their futuristic inhaler technology.